Accessibility links
Joe Montana And Wife Thwart Attempted Kidnapping Of Their Grandchild The Montanas were in their Malibu, Calif., home when a woman walked in and snatched the 9-month-old child from a playpen, officials say. Jennifer Montana had to pry the child from the intruder's arms.

Joe And Jennifer Montana Foil Attempted Kidnapping Of Their Grandchild

Joe And Jennifer Montana Foil Attempted Kidnapping Of Their Grandchild 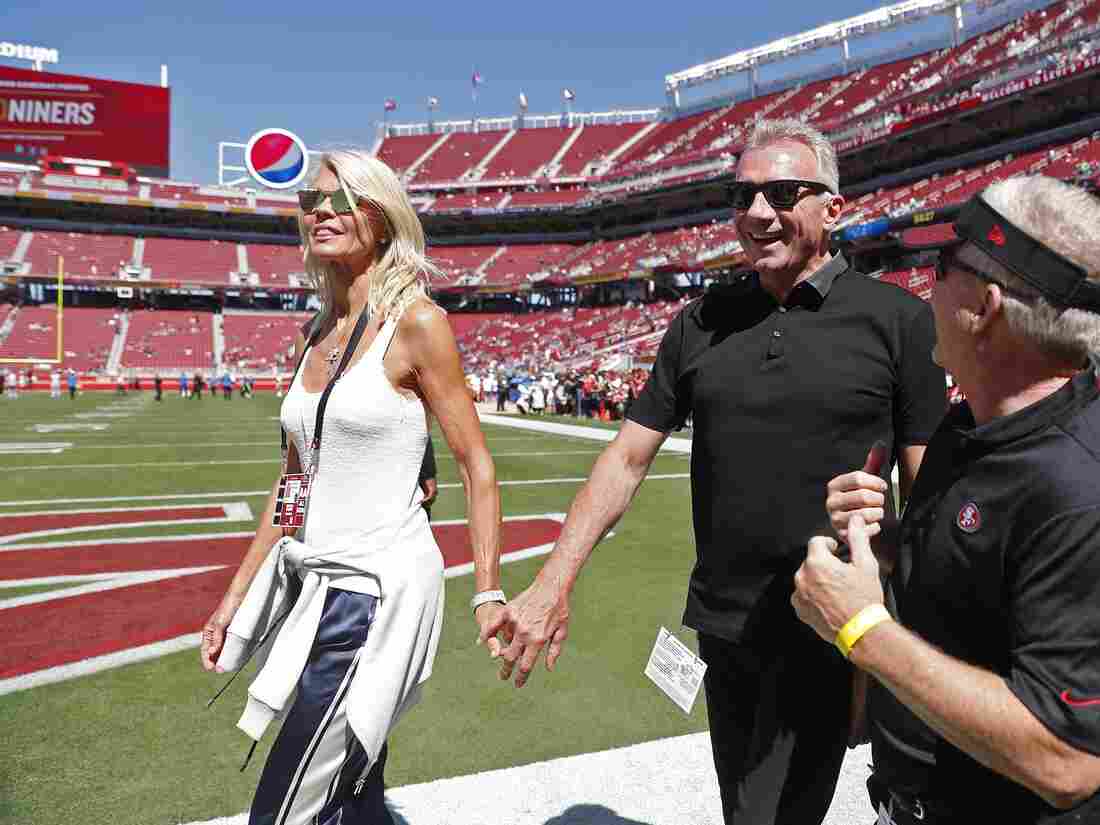 Joe Montana and his wife, left, Jennifer walk onto the field at Levi's Stadium before an NFL football game between the San Francisco 49ers and the Detroit Lions in Santa Clara, Calif., in 2018. Tony Avelar/AP hide caption 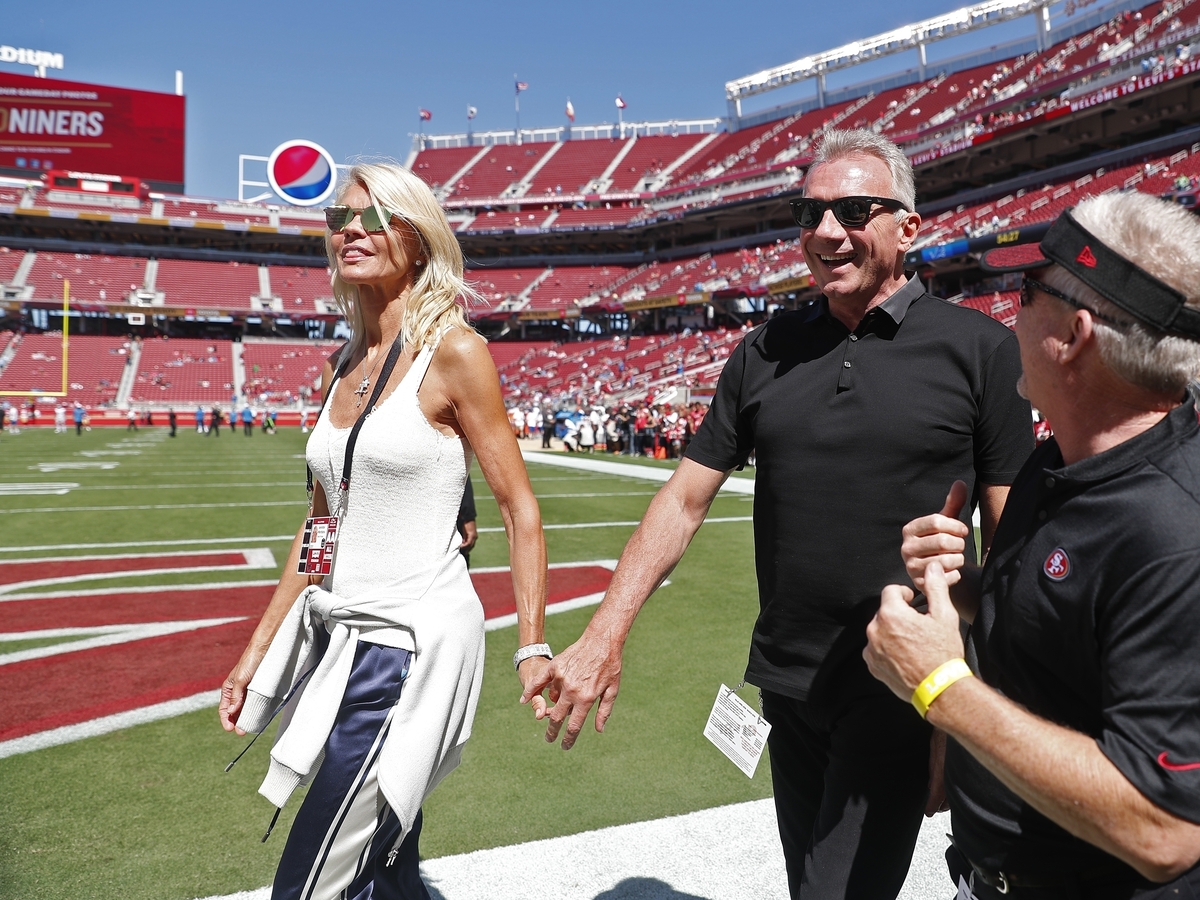 Joe Montana and his wife, left, Jennifer walk onto the field at Levi's Stadium before an NFL football game between the San Francisco 49ers and the Detroit Lions in Santa Clara, Calif., in 2018.

Pro Football Hall of Famer Joe Montana and his wife, Jennifer, stopped an intruder from kidnapping their grandchild on Saturday afternoon. The incident culminated with Jennifer Montana pulling the child out of the intruder's arms.

The 9-month-old child was slumbering peacefully in the living room when a woman entered the Montanas' Malibu, Calif., house, took the child out of a playpen and held the child in her arms, the Los Angeles County Sheriff's Department said in a statement.

The woman, later identified as 39-year-old Sodsai Dalzell, took the child upstairs, where the Montanas confronted her, the sheriff's department said.

They asked her to give the child back. She refused.

"A tussle ensued and Mrs. Montana was able to safely pry the child out of the suspect's arms," the sheriff's department said.

The woman fled. Joe Montana was able to flag down sheriff's deputies patrolling the area and tell them what happened.

After a search, deputies found Dalzell in a nearby house and arrested her. No one was injured. It wasn't immediately clear if Dalzell has an attorney.

"Thank you to everyone who has reached out," Joe Montana said on Twitter. "Scary situation, but thankful that everybody is doing well. We appreciate respect for our privacy at this time."

Dalzell has been charged with kidnapping and burglary. She's being held at the Century Regional Detention Facility in Lynwood on $150,000 bail, with a court date scheduled for Tuesday morning.

Jennifer Montana is a philanthropist and former Sports Illustrated swimsuit model. Her 64-year-old husband played with the NFL for 16 seasons, most of those for the San Francisco 49ers, and was admitted to the Pro Football Hall of Fame in 2000.