Accessibility links
Trump Taxes: Don't Deduct That Haircut Yet; Tax Court Has Rejected Such Claims The U.S. Tax Court has repeatedly said that even for a public personality, the costs of maintaining an appealing appearance are not deductible. 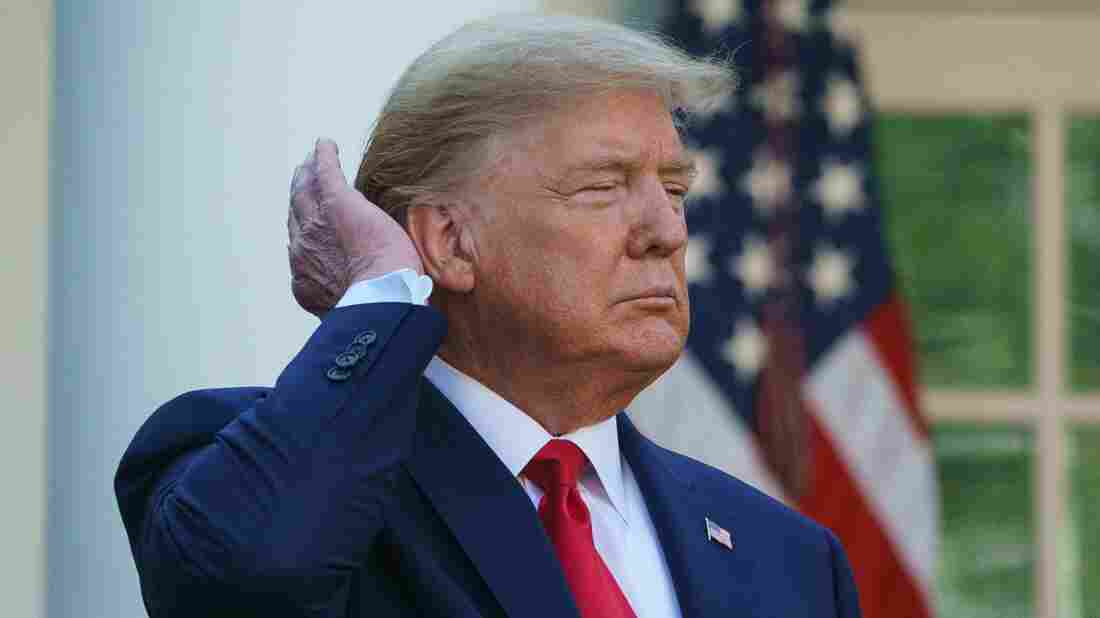 President Trump has reportedly claimed tens of thousands of dollars in tax deductions over expenses such as haircuts. Trump is seen here during a briefing at the White House in March. Mandel Ngan/AFP via Getty Images hide caption 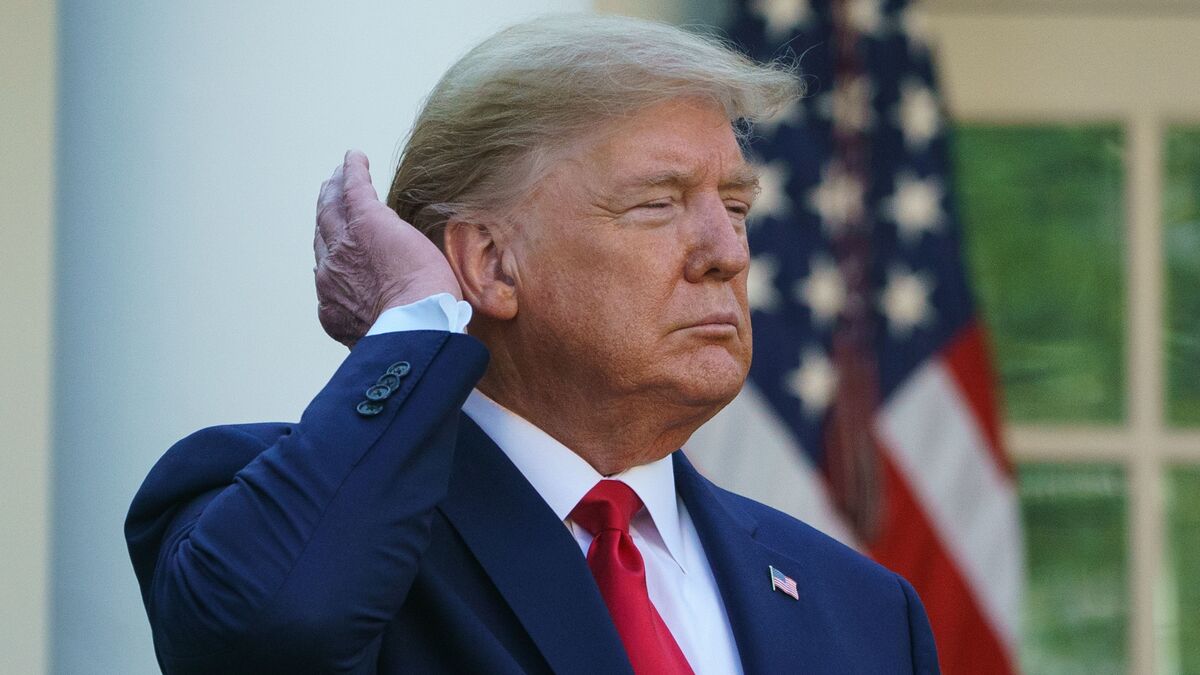 President Trump has reportedly claimed tens of thousands of dollars in tax deductions over expenses such as haircuts. Trump is seen here during a briefing at the White House in March.

Hair. It's long been a priority for Donald Trump.

Tax documents obtained by The New York Times show that during the making of The Apprentice, he deducted $70,000 for the cost of his haircuts and hairstyling. Trump's businesses also wrote off "at least $95,464 paid to a favorite hair and makeup artist of Ivanka Trump," the Times reported.

The news about Trump's deductions clearly drew interest online: Web searches for "hair cut" and "write off" spiked on Monday, according to data from Google.

Now, you may be wondering, can I deduct my next visit to a salon or a barbershop?

Expenses "for manicures, grooming, teeth whitening, and skin care are inherently personal expenditures," the court ruled in that case, which involved a journalist in Ohio named Anietra Hamper.

The opinion states, "Although these expenses may be related to her job, expenses that are inherently personal are nondeductible personal expenses."

That ruling also cited an earlier opinion, Hynes v. Commissioner. In a summary of that case, the U.S. Tax Court said an on-air personality's contract with her TV station that requires a neat appearance "does not elevate these personal expenses to a deductible business expense."

The money involved in each of those cases was very small compared with the figures cited by the Times from the Trump tax documents. In the Hamper case, for instance, the disputed amounts in the anchor's tax returns totaled less than $5,000 each year — and that figure includes other expenses, such as clothing.

Anyone who hopes to deduct the costs of looking good should be very careful, according to the online accounting service Bench, which works with entrepreneurs and small businesses.

In an article titled "How to Deduct Personal Appearance Expenses," the company says that the Internal Revenue Service's rules for deducting the costs of makeup and hair care are very strict. That article, which is from 2018, discusses costs that are very similar to the ones found in the Trump documents, according to the Times.

"You can write off makeup used for stage or photo shoots, but not if you wear the same makeup outside of work," Bench's guidance says.

While some hair care costs could be deductible if the expenses in question are specifically related to work, Bench warns, "a haircut wouldn't be deductible because you'll take the new 'do with you outside of work."

In a broader sense, the IRS also prohibits claiming costs related to appearing in the media.

"You can't deduct expenses of radio and TV appearances to increase your personal prestige or establish your professional reputation," the IRS says.

In addition to hair and makeup expenses, Trump has "written off costs related to residences and aircraft that many would consider personal expenses," as NPR reported.

But the idea of claiming thousands of dollars on your federal taxes for common expenses such as makeup and hair care has resonated with many people. While the deductions are small compared with some of the other findings in the Trump tax documents, they're also instructive, says Avi Asher-Schapiro of Thomson Reuters Foundation News.

"It really illustrates how easy it is for rich people to manipulate their tax burden, & pay less than us," Asher-Schapiro said via Twitter. "Trump's haircuts are a business expense ... but not my entire rent when I work from home."