Accessibility links
Legal Fight Over Trump's Financial Records Grinds On Even As Tax Details Spill Out The president is waging multiple court battles to shield his finances from scrutiny, including two cases involving subpoenas issued to his personal accounting firm. 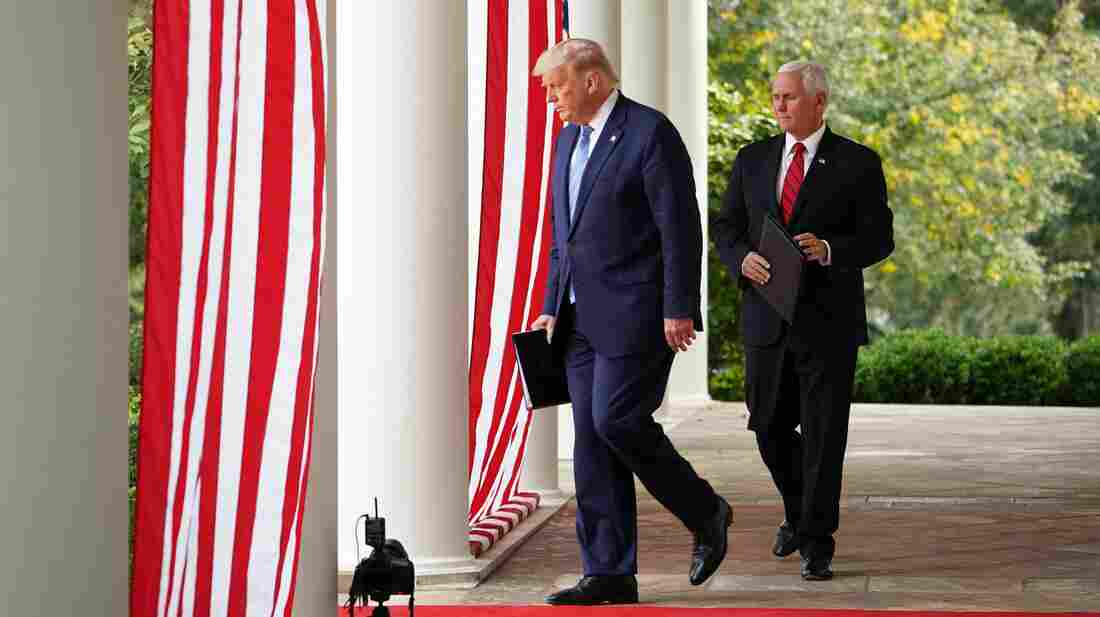 President Trump and Vice President Pence make their way to the Rose Garden at the White House on Monday to speak about coronavirus testing. Mandel Ngan /AFP via Getty Images hide caption 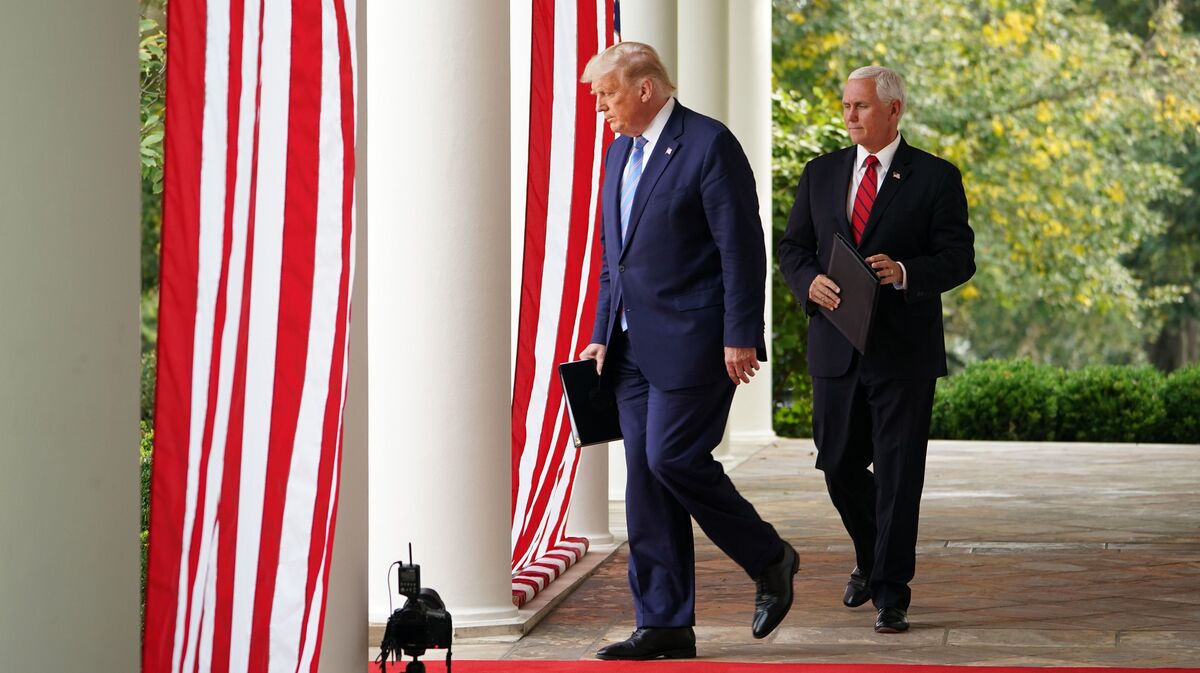 President Trump and Vice President Pence make their way to the Rose Garden at the White House on Monday to speak about coronavirus testing.

Questions have long swirled about the state of President Trump's finances.

The New York Times appears to have answered at least some of them with a revelatory report over the weekend that says, among other things, that the president paid just $750 in federal income tax in 2016 and 2017.

The president leaned on a familiar refrain on Sunday to dismiss the Times' investigation, calling it "fake news." Trump has long sought to keep his finances secret and even broke with decades of precedent by refusing to release his tax returns during the 2016 campaign.

That has helped make his financial records a target for congressional and criminal investigators alike. The president is waging multiple court battles to shield his finances from scrutiny, including two cases involving subpoenas issued to his personal accounting firm, Mazars USA LLP.

The House Oversight Committee issued a subpoena to Mazars in April 2019 for eight years of financial documents related to Trump and his businesses. The panel says it needs the materials to consider possible legislative changes regarding disclosure and conflict-of-interest laws.

Trump sued Mazars to try to prevent it from handing over the materials. The president's attorneys argued that the Democratic-led House committee didn't have a legitimate legislative need for the documents.

The case made it to the Supreme Court after Trump appealed losses at the district court and appeals court levels. In July, the Supreme Court sent the case back to the lower courts with instructions to reconsider the matter, including separation of powers issues.

The case currently resides with the D.C. Circuit Court of Appeals in Washington, D.C. 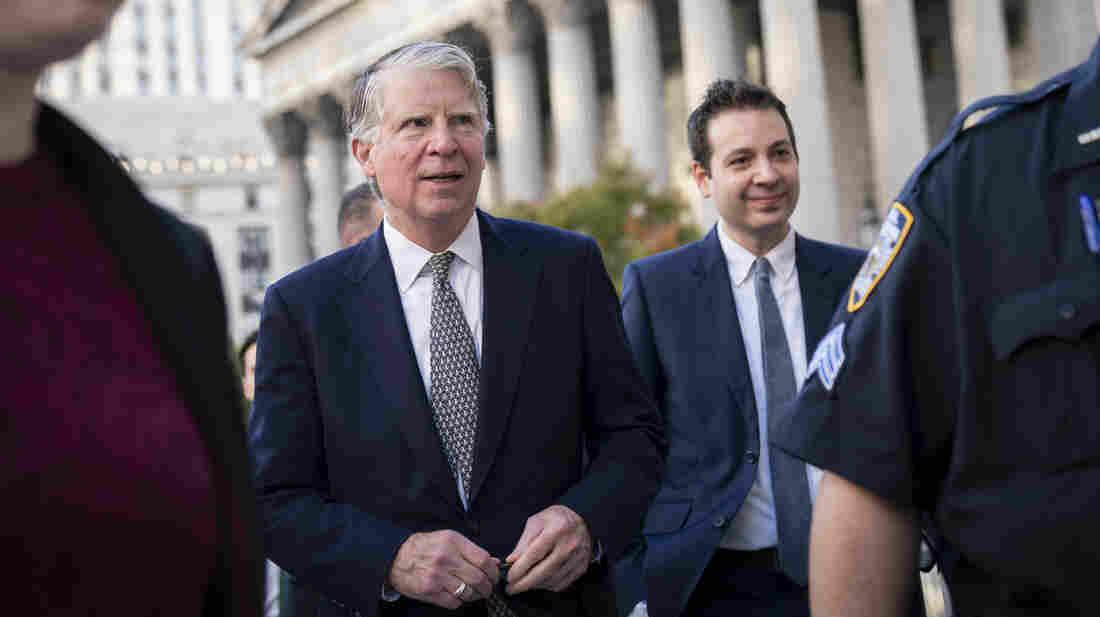 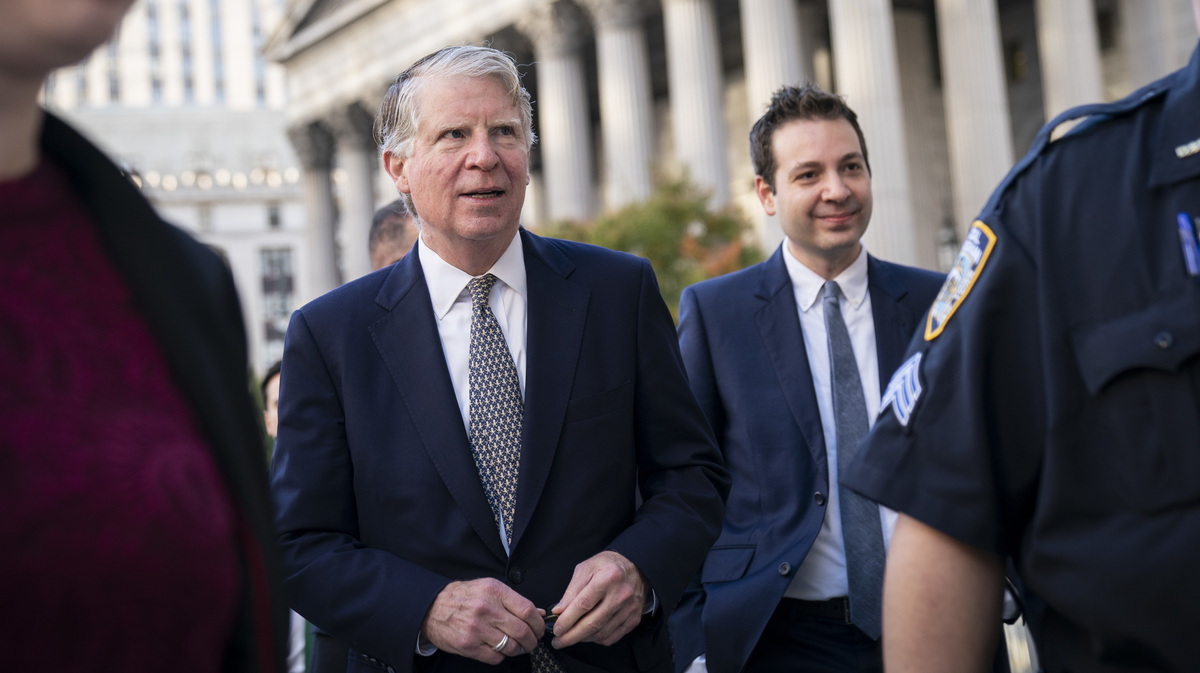 The second case relates to a grand jury subpoena issued by the Manhattan district attorney, Cy Vance, as part of a criminal investigation.

From statements made in court papers, Vance's office appears to be investigating possible insurance or financial fraud by Trump and his businesses. The DA also appears to be looking into hush-money payments made to two women, adult film star Stormy Daniels and former Playboy Playmate Karen McDougal, who say they had affairs with Trump several years ago.

Trump's attorneys fought this subpoena as well, arguing that as the sitting president he is immune from criminal investigation.

This case, too, wound its way through the lower courts all the way to the Supreme Court. It ruled this summer against the president, rejecting his claims to be absolutely immune from a criminal subpoena issued to a third party, in this instance his accounting firm.

But the justices returned the matter to the lower courts to allow the president to raise other objections. Trump issued new challenges to the subpoena, calling it overbroad and in bad faith. A district court ruled against him, but he appealed and the matter now sits with the federal appeals court in New York.

A three-judge panel held a hearing in the case last week, and the court appeared skeptical of Trump's arguments.

Both of these cases currently sit before federal appeals courts in Washington, D.C., and New York. Legal experts say the Times' reporting is unlikely to have a major impact on either case, but it doesn't mean it can't factor in in some way.

"It would not surprise me if the Vance team files some sort of notice asking to take a look at it," said Stuart Gerson, who led the Justice Department's Criminal Division during the George H.W. Bush administration and briefly served as acting attorney general. "He could file something with the court, and it certainly would be of a piece of what's set forth in their brief."

Gerson noted that Vance has cited a number of media reports detailing potential crimes and other alleged misconduct by Trump or his businesses, and the latest report could be added to that list.

One thing appears clear: Neither case is likely to be resolved before the election. The losing side is likely to appeal to the Supreme Court.

"Do I think that there will be continued and protracted appeals in this case? Absolutely," Gerson said. "That's the Trump strategy."

He also notes that the Vance investigation goes on and "looms big and bold in the future for Donald Trump, whenever his term ends."