Accessibility links
Kuwait's Emir, Sheikh Sabah Al-Ahmad Al-Sabah, Dies At 91 Sheikh Sabah spent four decades as foreign minister before becoming emir in 2006. He was known as a master diplomat who tried to mediate disputes in the volatile Gulf region. 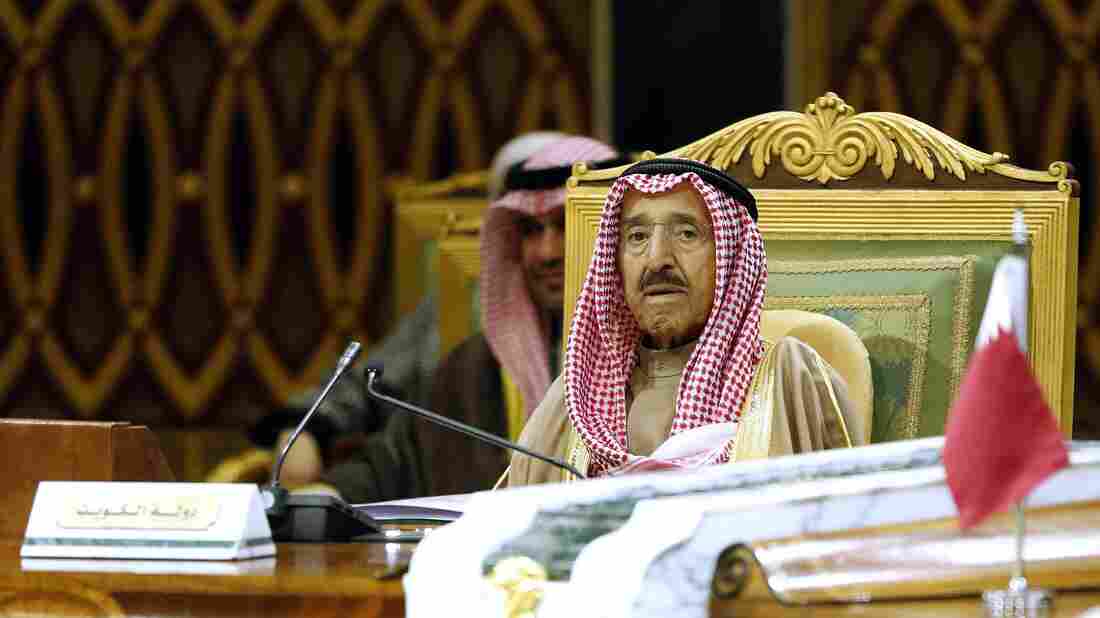 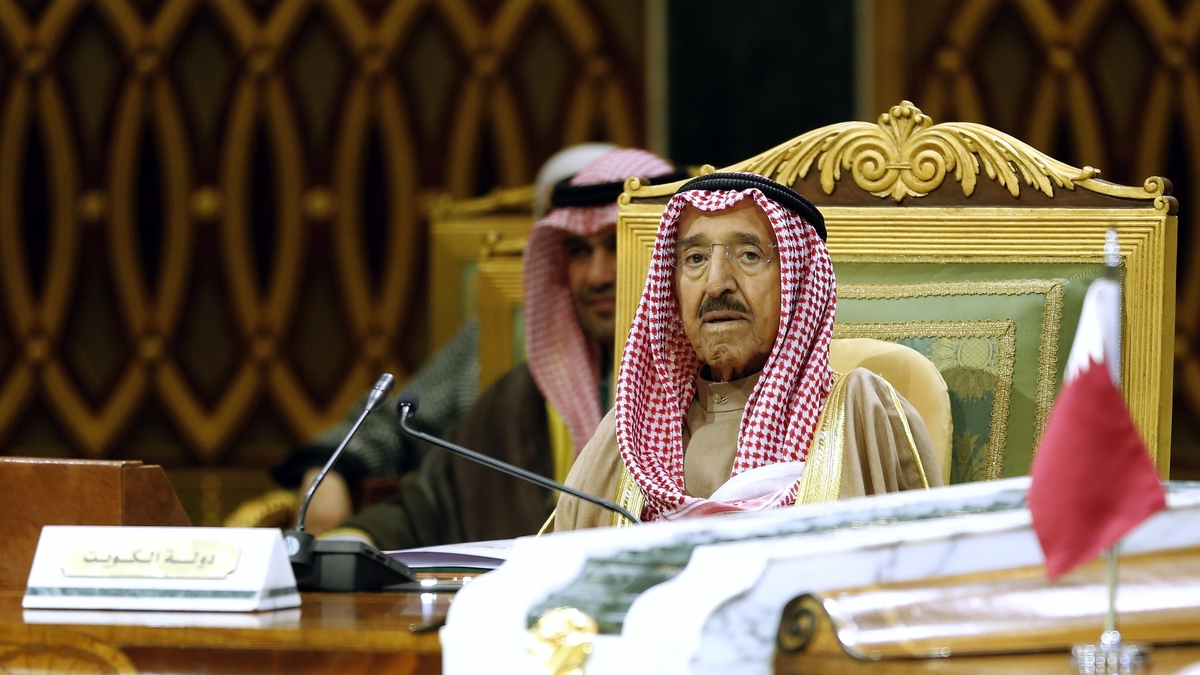 The ruler of Kuwait, Sheikh Sabah al-Ahmad al-Sabah, has died at the age of 91. Born in an era when the tiny Gulf emirate's economy relied on pearl diving, his life spanned the discovery of oil and Kuwait's emergence as one of the world's richest countries.

Sheikh Sabah spent four decades as Kuwait's foreign minister before becoming emir in 2006. He navigated relations with the U.S.-led coalition that drove Iraqi forces out of Kuwait after Saddam Hussein's 1990 invasion of the emirate.

A proponent of having U.S. forces in the deeply conservative Gulf region, he encouraged the establishment of American military bases there, including in Kuwait, where more than 13,000 U.S. troops are stationed.

Sheikh Sabah was also known as a master diplomat who tried to mediate disputes in the volatile region. After the 2003 U.S. invasion of Iraq — despite widespread antipathy by most Sunni Muslim Gulf countries to the country's Shiite-led government — Sabah spearheaded the normalization of ties with Baghdad. The move, including his visits to Iraq, helped lead to reconciliation between Iraq and other Gulf states. Two years ago, he hosted a summit aimed at funding the rebuilding of Iraq after its battles against ISIS. He also made raising funds for the reconstruction of war-torn Syria a priority.

In recent years, Sheikh Sabah also tried to mediate a bitter dispute between Qatar and other Gulf states. Within Kuwait, he also struggled with the fallout of the 2011 Arab Spring protests calling for an end to the old regimes and for more freedoms.

An official from the Royal Court, Sheikh Ali Jarrah al-Sabah announced the emir's death on state TV, reading from a statement he held with shaking hands and saying Sheikh Sabah had 'moved to the realm of the lord'. He did not give the cause of death.

In July, in an unusual move for a foreign leader, a U.S. Air Force C-17 medically evacuated the Kuwaiti ruler to the U.S., where he was admitted to the Mayo Clinic in Rochester, Minn. An official source in Jordan, who asked not to be identified because Kuwait had not yet announced the news, said the emir had died in the United States. His body was expected to arrive in Kuwait by Wednesday.

"Today we lost a big brother and a wise and loving leader ... who spared no effort for Arab unity," Jordan's King Abdullah said on Twitter.

Former White House Middle East envoy Brett McGurk tweeted that the emir had been a peacemaker as well as a good friend of the U.S.: "His role in the early days building the coalition against ISIS was essential. He always strived to bring people together."

The emir's designated successor is his 83-year-old brother and crown prince, Sheikh Nawaf al-Ahmad al-Sabah. Sheikh Nawaf is not expected to usher in any dramatic change to oil or foreign policy.

Unusually in a region where multiple wives and dozens of children are expected of an Arab ruler, Sheikh Sabah was a long-time widower who did not remarry. He is survived by two sons and predeceased by a daughter who died of cancer in 2002.