Accessibility links
Jimmy Carter Is 'Perhaps The Most Misunderstood President' Of The U.S., Jonathan Alter Writes Jonathan Alter tells Carter's life story beautifully and with admirable fairness — while it's evident that he admires Carter, he treats the former president as a real person, as flawed as anyone else. 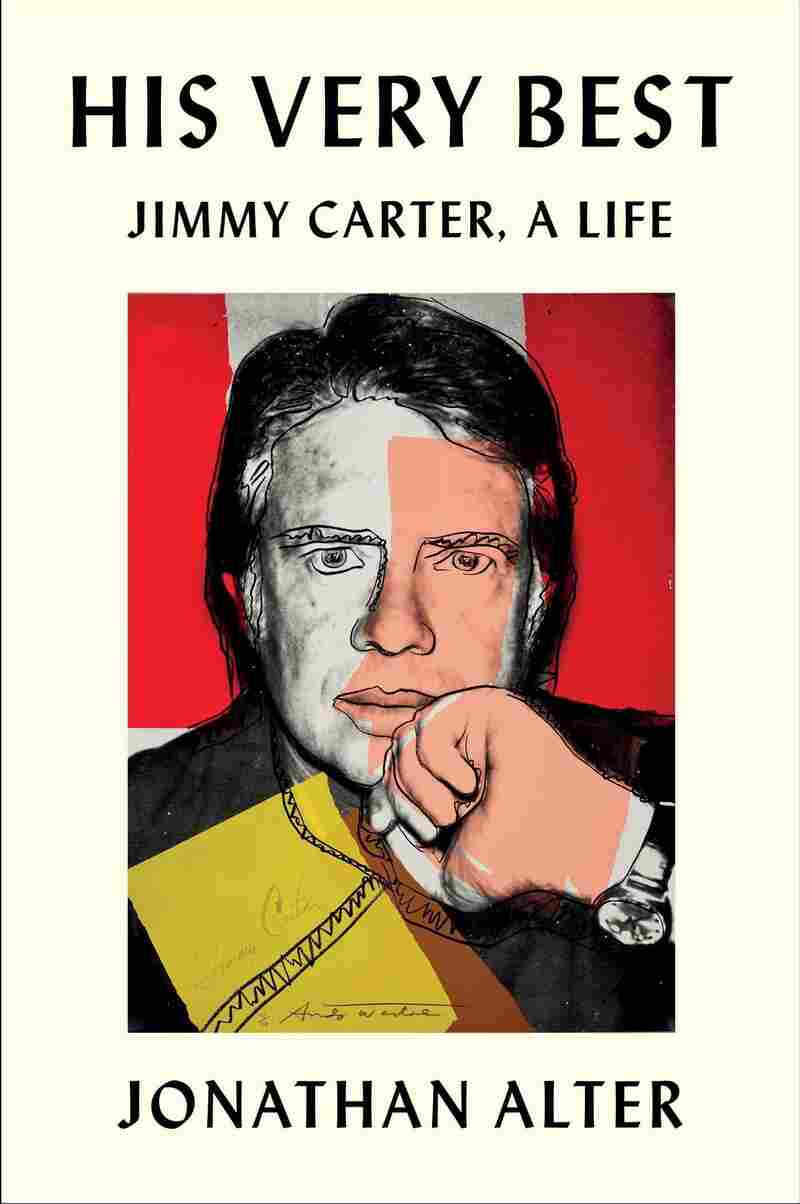 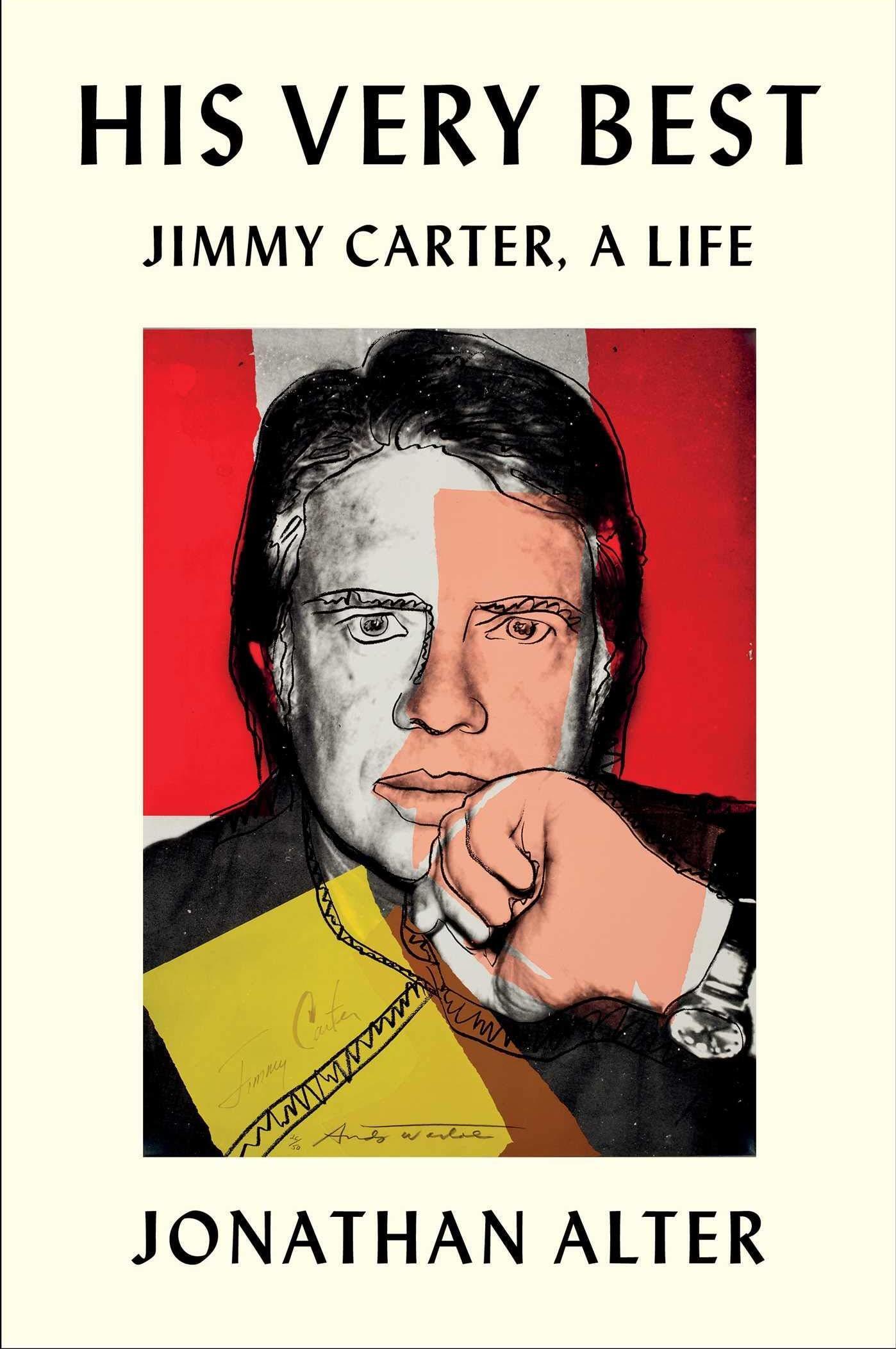 His Very Best: Jimmy Carter, a Life, by Jonathan Alter

Anyone who's even vaguely familiar with Jimmy Carter has heard the assessment of his career that's become something of a political cliché: His presidency was largely a failure, but he's the best ex-president the country's ever had.

Like many well-worn bromides, there's a grain of truth to it: He left the Oval Office with dismal approval ratings, but in the 40 years since, he's developed a reputation as one of the country's most beloved humanitarians.

But the truth, argues Jonathan Alter in his new biography of the former president, His Very Best, is more complicated. Carter was "a surprisingly consequential president — a political and stylistic failure but a substantive and far-sighted success" whose personality is deeper than his reputation as a modest, timid and somewhat prude Southern gentleman might suggest. Alter makes his case convincingly his fifth book — and his best one to date.

Alter writes that he chose to tell Carter's life story because it "might help light our way back to some sense of decency, accountability, and seriousness in our politics." And while it's evident that he admires Carter — the title of the book is a bit of a giveaway — His Very Best isn't at all a hagiography; it's a fair-minded assessment of the life and career of the politician from Plains.

Alter paints a vivid picture of Carter's childhood in rural Georgia, where he grew up the son of a freethinking mother and a father who "was comfortable upholding a system of rigid segregation and quiet repression." He follows Carter to Annapolis, where he was an accomplished midshipman who became a competent, if ambivalent, sailor — while serving aboard the USS Mississippi, he hung a banner that read "Who Cares?" above his bunk.

Carter found his passion in politics, serving two years in the Georgia state senate before being elected governor in 1970. Alter is sharply critical of Carter's campaign for the statehouse, writing, "While he didn't say anything explicitly racist, he figured out how to appeal to racist voters, a decision he claimed not to regret." Once elected, however, Carter stunned Georgians with his inaugural address, in which he stated: "I say to you quite frankly that the time for racial discrimination is over" — sadly, this was a remarkable comment for a Southern governor to make at the time.

Carter's election as president was marked by a series of unforced errors that nearly cost him the race, including his now-famous Playboy interview in which he admitted, inexplicably, "I have looked on a lot of women with lust; I've committed adultery in my heart many times." He also said he wouldn't force neighborhoods to be racially integrated, noting — again, inexplicably — "I see nothing wrong with ethnic purity being maintained."

Alter dedicates the bulk of his book to Carter's presidency, which he argues was successful in the long term, pointing to his work for environmental causes and his support for the Centers for Disease Control, among other accomplishments. But, as Alter notes, "If there is a gene for duty, responsibility, and the will to tackle messy problems with little or no potential for political gain, Jimmy Carter was born with it" — and the last two years of his term were disastrous, with the Iran hostage crisis that started in 1979 sealing his fate as a one-term president.

While Alter makes the case — a familiar and uncontroversial one — that Carter's post-presidency proved him to be "a world-class humanitarian" who "set a new standard for former presidents," he doesn't spend much time describing Carter's years after he left the White House. That's not surprising; His Very Best is, after all, a presidential biography. And if the past four decades of Carter's life don't get as much ink as some readers might hope, Alter does do a good job summarizing the former president's extensive humanitarian work with the Carter Center.

Alter's book closes with Carter in 2020, reacting to the killing of George Floyd with heartbreak and dismay, and attending church via Zoom. Alter chooses to let the contrast between Carter and the current president speak for itself; it's a subtly bittersweet ending to the biography.

His Very Best is a fascinating book, and Alter tells Carter's life story beautifully and with admirable fairness — he treats Carter as a real person, as flawed as anyone else, and not as a saint. Alter's pacing is wonderful; his accounts of some of the more dramatic events in Carter's presidency are thrillingly told, but this never comes at the cost of the humanity of the people involved. It's a book that's bound to fascinate anyone with an interest in American history, and an excellent look at the man whom Alter considers, justifiably, "perhaps the most misunderstood president in American history."