Accessibility links
After Kobe Bryant Crash Pictures Circulated, New Law Bans Photos Of Victims The bill, signed into law on Monday, came after reports surfaced of gruesome photos being shared of the helicopter crash site that killed Bryant and others. 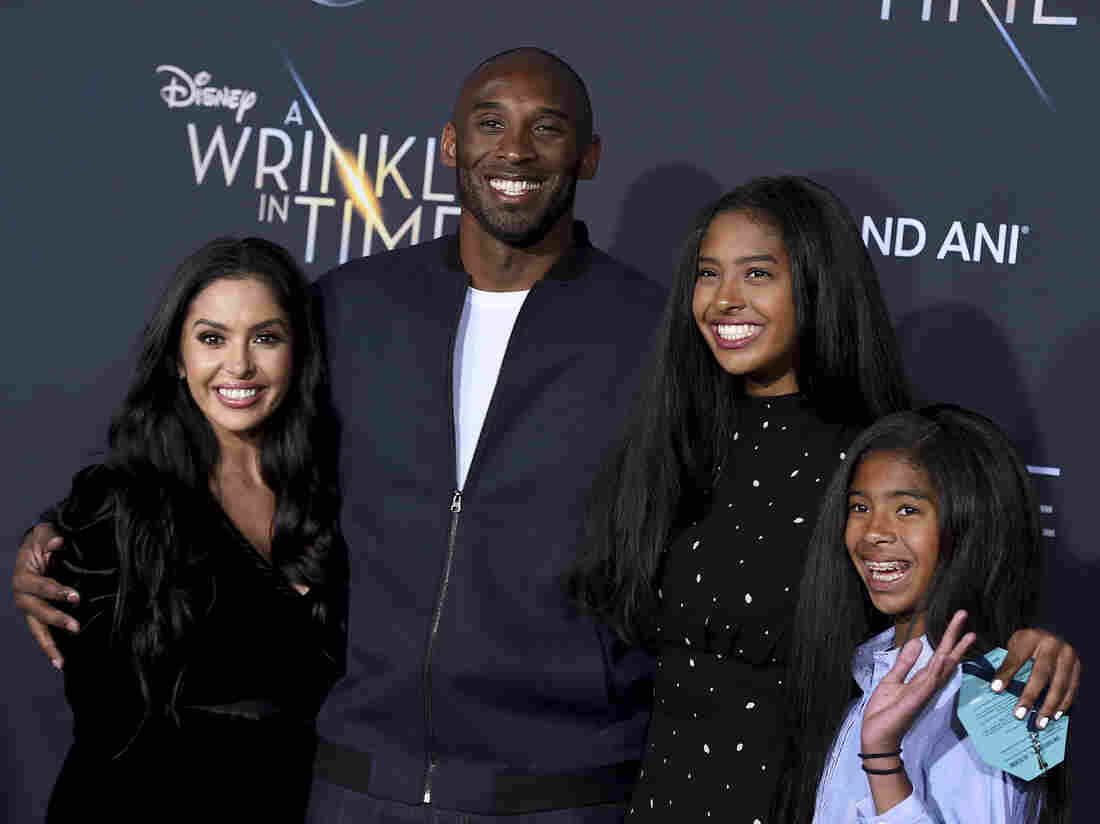 Kobe Bryant, his wife and two daughters pose at the world premiere of "A Wrinkle in Time" in Los Angeles in 2018. Bryant and his daughter Gianna were killed in a helicopter crash in January. Jordan Strauss/Jordan Strauss/Invision/AP hide caption 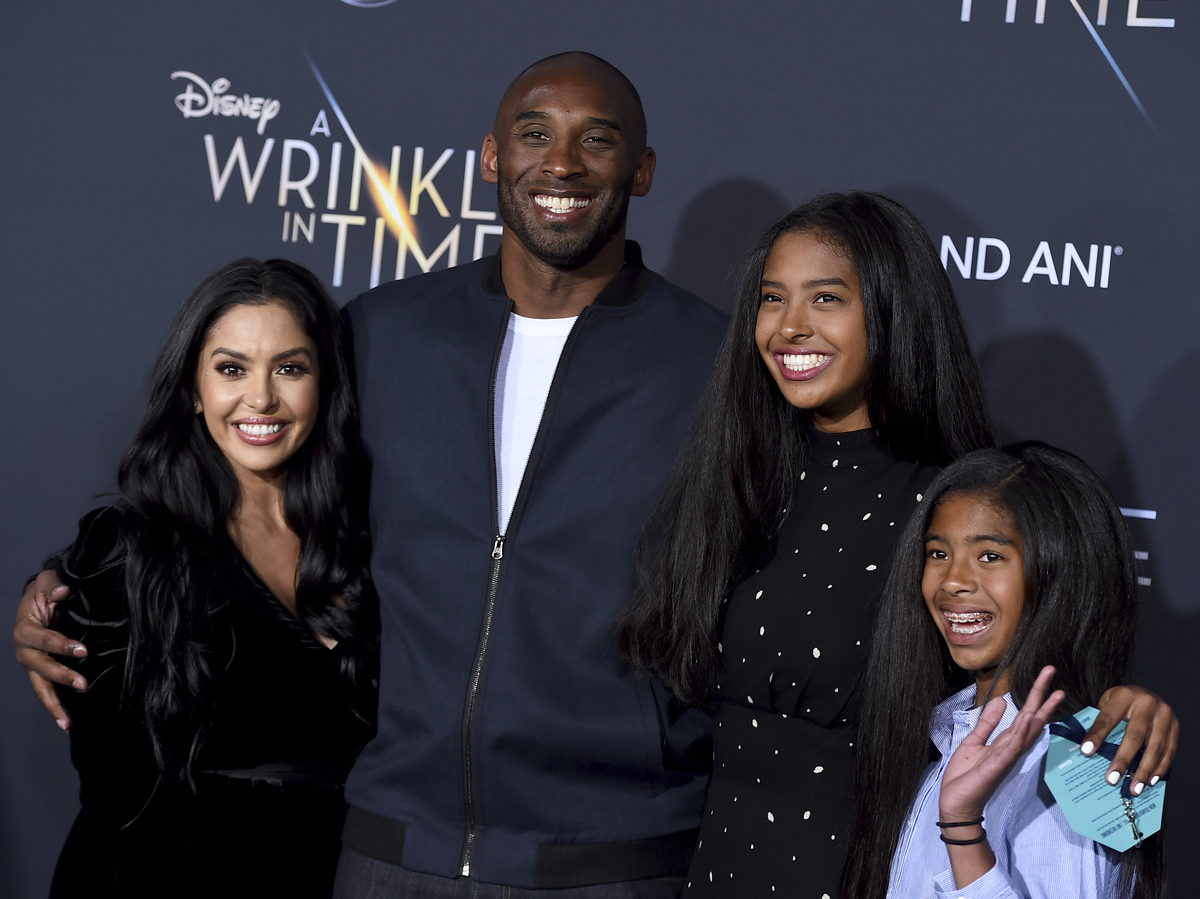 Kobe Bryant, his wife and two daughters pose at the world premiere of "A Wrinkle in Time" in Los Angeles in 2018. Bryant and his daughter Gianna were killed in a helicopter crash in January.

Shortly after the helicopter crash that killed NBA legend Kobe Bryant, his daughter Gianna, and seven others, reports surfaced that gruesome photos of the crash scene were being shared online.

Those photos, said to contain images of mangled bodies, were allegedly taken by some of the first responders to arrive at the accident scene.

So, a California lawmaker proposed a bill that would make it a misdemeanor for any first responder to take unauthorized photos of the dead bodies. The bill was approved unanimously by both houses of the California legislature, and on Monday Gov. Gavin Newsom signed it into law.

"Like many others, I was mortified after I'd heard that first responders captured and shared unauthorized photos from the scene of the helicopter crash," Assemblyman Mike Gipson, who drafted the law, said in a statement when the bill went to Newsom's desk.

"The actions of the first responders involved were unacceptable, and they highlighted a problem that demands a strong remedy."

The lawsuit says Bryant was "shocked and devastated" by reports of the photos. "Mrs. Bryant feels ill at the thought of strangers gawking at images of her deceased husband and child and she lives in fear that she or her children will one day confront horrific images of their loved ones online," the suit says, according to The Associated Press.

"This lawsuit is about accountability and about preventing this disgraceful behavior from happening to other families in the future who have suffered loss," Bryant's attorney, Luis Li, said in a statement.