Accessibility links
What It Means To Be A 'Person Of Color' : Code Switch Suffice it to say, we use the term "POC" a lot on Code Switch. But critiques of the initialism — and the popularization of the term "BIPOC" — caused us to ask: Should we retire POC? Or is there use in it yet? 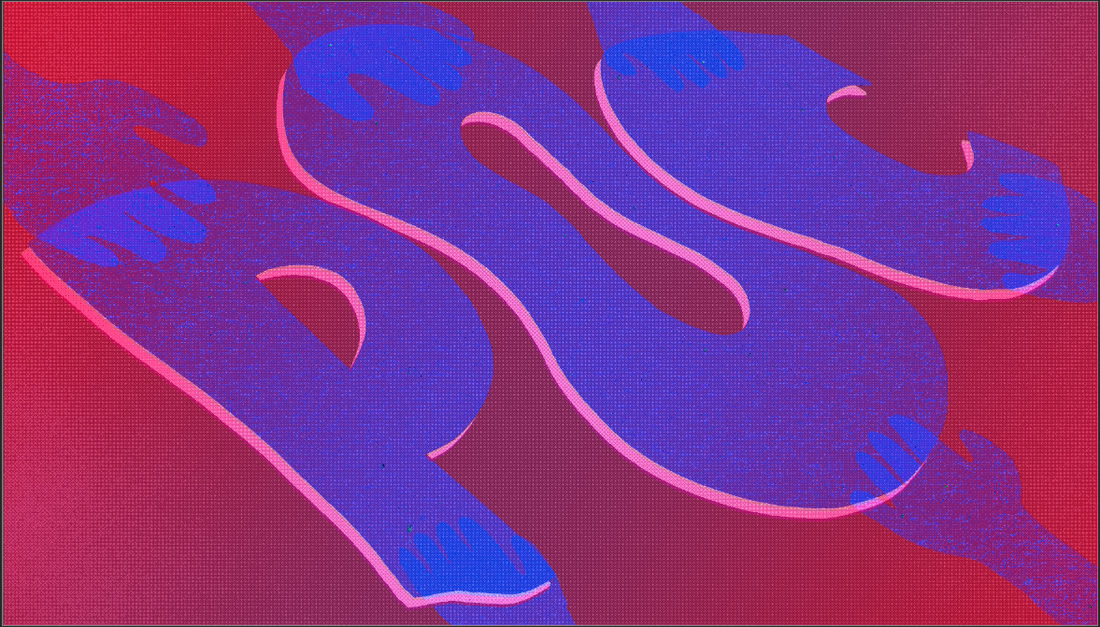 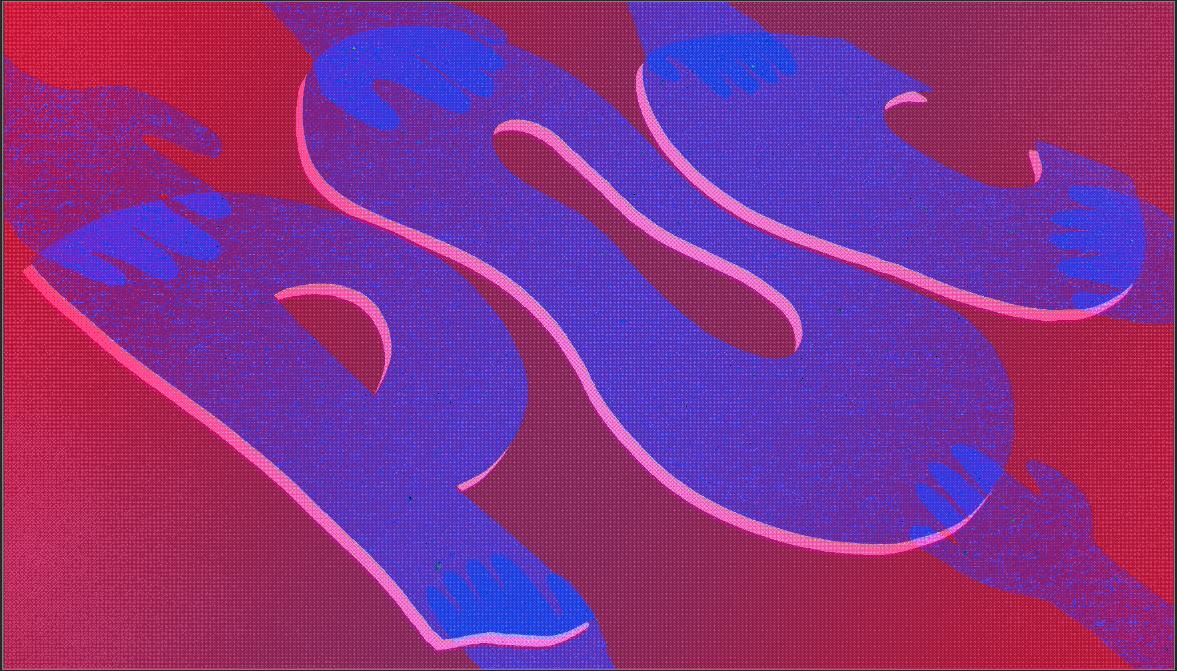 On the Code Switch podcast, we often use the term "people of color." And it's not something we thought a ton about until the Black Lives Matter protests reignited in May, and we saw a refrain across social media, particularly among Black people: Stop calling me a person of color.

Many felt that people using the term POC were (intentionally or not) sidestepping the truth: that certain effects of racism — things like mass incarceration, police violence, inability to access good health care — disproportionately affect Black and Indigenous people. Not all "people of color."

The popularization of BIPOC only furthered the debate. Was this relatively newer term highlighting the particular experiences of Black and Indigenous folks? Or was it an homage to wokeness with no real teeth?

The Journey From 'Colored' To 'Minorities' To 'People Of Color'

As it goes with language, even terms that have been created with the best of intentions can morph in meaning. So on this week's episode, we asked academics, writers and our listeners some big questions: What do we mean when we say "people of color"? Why do some of us identify with that term? Why does it annoy so many other people? Is it time to say R.I.P. to POC? And, if so, is BIPOC the new kid on the block?

We heard from a lot of listeners about how they felt about the label, and their opinions were everywhere. Some felt it was useful to describe a coalition of people who have experienced racism. Others thought it flattened people's wildly varying experiences with racism into a beige monolith. And many had mixed feelings about BIPOC. Here are some of the most thought-provoking responses.

"I like POC because it evokes an image of us, unlike the terms nonwhite or minority, where whiteness is front and center." — Javier Pineda, 35 years old

It can evoke a racist past

"The term 'people of color' is something that I do not feel comfortable using, because it sounds a lot like the term colored, which was a term used in the Jim Crow era here in Mississippi and was used on water fountains and swimming pools and schools. And it just kind of serves as a reminder to me of what we had and how bad Jim Crow segregation was." — Caleb Smith, 40 years old

It can be a useful phrase, but with limitations

"I don't think any one categorization of people will ever be perfect. I also think about how some of these early terms came out with incredibly radical underpinnings, like the Third World liberation movement. It's hard, because how do we essentially vocalize solidarity with shared struggles without diminishing or minimizing anyone's identity? And with the whole idea of racial categorization, who does it end up benefiting?" — Rosa Kwak, 24 years old

"I really liked using the term POC because I thought it was very important that we highlight specifically nonwhite issues. And it felt as if nonwhite people were standing together in solidarity. However, as time went on, it was just very stifling in some of the spaces that I was in. For example, if I'm in a group of nonwhite people and I'm the only black person there, sometimes my struggles as a black person would be overlooked, which was quite frustrating." — Yola Mzizi, 20 years old

It doesn't quite map onto the experience of people who are white-passing or white-adjacent:

"I'm Egyptian American. Whenever asked about my ethnicity, I would always just say Egyptian American, sometimes Arab American. As a white Egyptian, I've never experienced the same oppression in the U.S. that other people of color have. ... However, when placed in contrast to whiteness, it sort of creates this impression that anyone who is nonwhite is just under the same umbrella and is a monolith, which is very problematic." — Dina Shalash, 37 years old

"I generally like the term POC, but as someone who is half Chinese and half white and grew up with a considerable amount of privilege, sometimes I don't even know whether or not that term is meant to apply to someone like me." -Grace Young, 20 years old

Many Black listeners would rather just be called "Black."

"I self identify as Black. I mean, African American is cool. But I look in the mirror and I don't think of myself as a strong, intelligent African-American or BIPOC man. I consider myself to be a Black man." — Brandon Smith, 45 years old

"I feel that the term POC is nonsense, and I think it's a way for non-Black people to sit comfortably in their anti-Blackness because they're so afraid to say Black. So they come up with these terms that make them feel comfortable, with their whiteness or their adjacency to whiteness. And I get irritated — not irritated, vexed — when people refer to me as POC or BIPOC. Like, no, absolutely not. I'm Black, don't play me." — Christine Harris, 21 years old

When used by white people, it can feel strange and sometimes irritating

"I liken the term ... to mean solidarity among our collective experiences as nonwhite, especially our experiences as nonwhite in the United States. There's obviously a lot of variation within those experiences. I just wish these terms were used more often to mean this coalition and not as a euphemism, like the way 'diverse' is often used, especially by white people who don't want to say Black." — Maricela González, 29 years old

"I thought the term POC was quite empowering, until I had to sit at a table with a bunch of white teachers and discuss how to teach the novel The Hate You Give by Angie Thomas. I'm a South Asian woman, I'm not Black, and the novel does not reflect my experiences, but at the end of the meeting, I remember one of the teachers saying, 'Great, we can teach this novel now because we have our POC.' " — Amrita Kauldher, 30 years old

And on the whole, people are very confused by "BIPOC"

"Surprisingly, I actually do hate BIPOC. Originally, I thought it referred to Black and Indigenous people of color, which I loved. But apparently it means Black, Indigenous and people of color, which is just a longer version of POC, but it makes white people feel like they did something different, even though I'm sure it has origins with nonwhite folks. Yeah. Oh, well." — Kaylee Arnold, 29 years old

"I have no idea how to say BIPOC. I've heard it pronounced 'BIPOC' like 'Tupac,' but I just woke up one day and the whole Internet was using it. And I'll tell you this: I hate it." — Ryan Blocker, 28 years old