Accessibility links
2020 Census 'Target' End Date May Violate Court Order, Judge Says A day after the Census Bureau tweeted out a new "target date" of Oct. 5 for ending 2020 census counting, a federal judge in California said she thinks the schedule change may violate a court order. 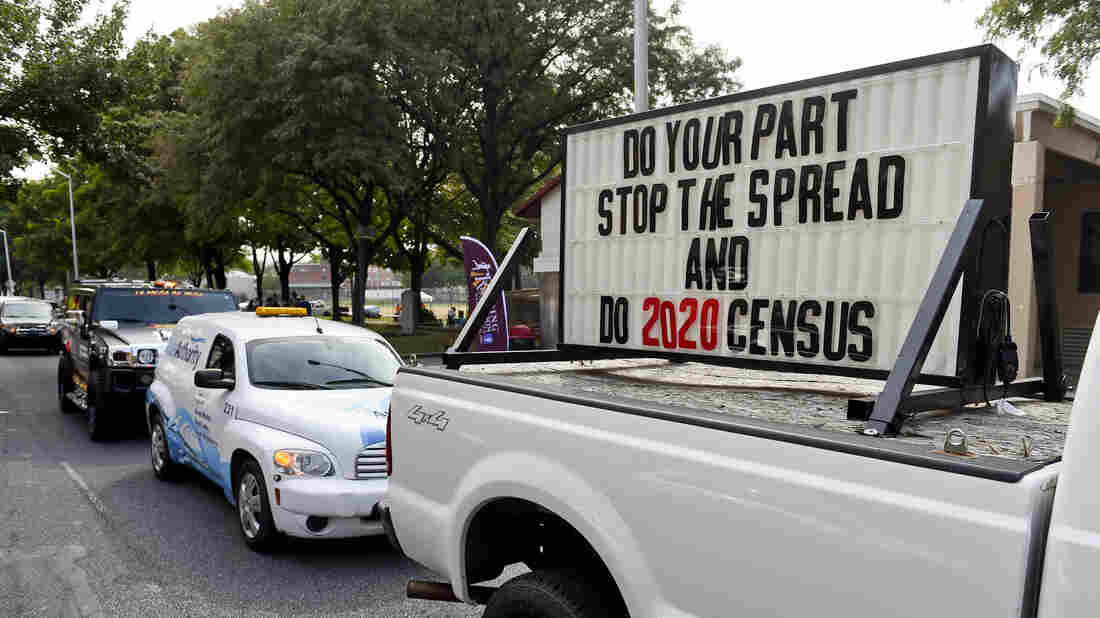 A sign on the back of a truck promotes 2020 census participation in Reading, Pa. A day after the Census Bureau announced a new "target date" for ending counting efforts, a federal judge in California said she thinks the schedule is "a violation" of her court order. Ben Hasty/MediaNews Group/Reading Eagle via Getty Images hide caption 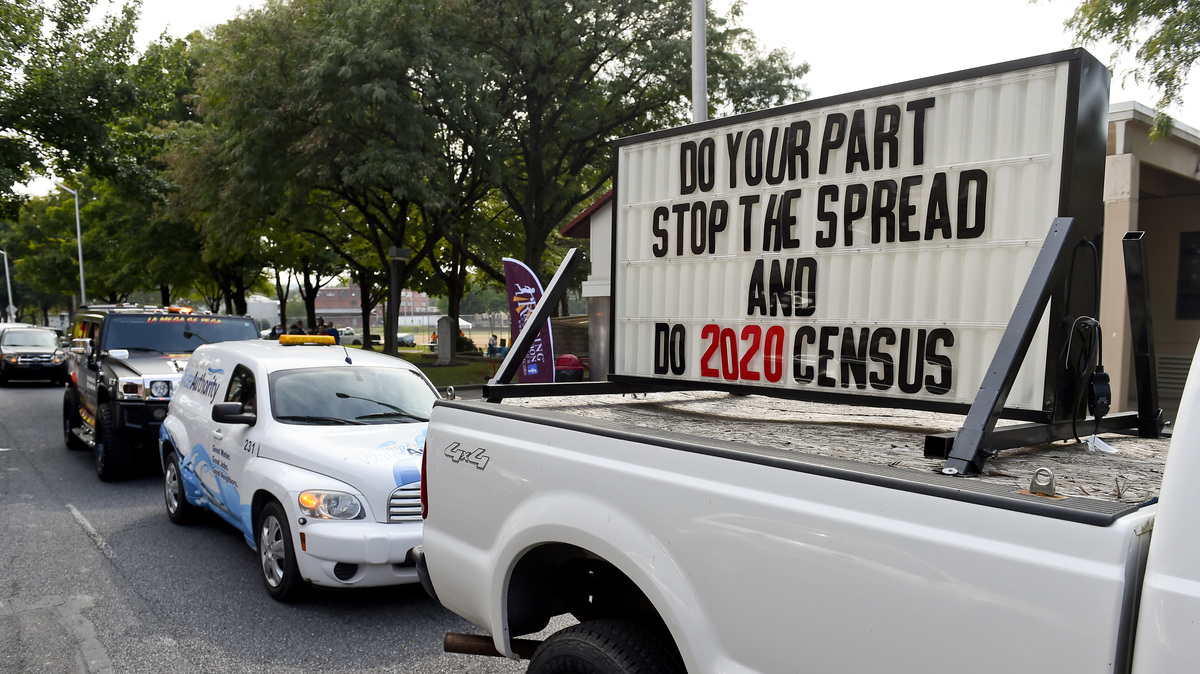 A sign on the back of a truck promotes 2020 census participation in Reading, Pa. A day after the Census Bureau announced a new "target date" for ending counting efforts, a federal judge in California said she thinks the schedule is "a violation" of her court order.

No one knows for sure when counting for the 2020 census is set to end.

A day after the Census Bureau fired off a one-sentence tweet announcing Oct. 5 as its new "target date" for ending all efforts to tally the country's residents, a federal judge said she thinks the new schedule is "a violation" of her court order.

"The Oct. 5 date is doing exactly what I enjoined the defendants from doing," said U.S. District Judge Lucy Koh in Northern California Tuesday during a virtual court conference for a lawsuit over the Trump administration's abrupt decision to shorten the census schedule.

The timeline for the constitutionally mandated count was originally extended by the administration because of the coronavirus pandemic. But Trump officials made an about-face in July.

That's when the administration decided to end its census efforts earlier than planned in order to meet the legal deadline for reporting to President Trump the latest state population counts, which are used to determine each state's share of seats in the House of Representatives. Those are the same set of numbers from which Trump wants to try to exclude unauthorized immigrants, despite the constitutional requirement to include the "whole number of persons in each state."

Top career officials at the bureau, however, have publicly said that the agency can no longer meet that reporting deadline due to delays caused by COVID-19.

Last week, Koh issued a preliminary injunction order that prohibits the bureau and Commerce Secretary Wilbur Ross, who oversees the bureau, from "implementing" Dec. 31 as a deadline for getting new state population counts to the president.

Internal emails and other documents the Trump administration released Tuesday under the judge's order show that Ross picked the Oct. 5 date after career officials at the Census Bureau presented him with two options — either end field operations on Oct. 5 to meet the Dec. 31 reporting deadline, or continue counting past Oct. 5 and forgo meeting that deadline but further "the goal of a complete and accurate 2020 Census," as the bureau's deputy director, Ron Jarmin, put it.

"I just think that an entire schedule that's predicated on an enjoined date is a violation," Koh told attorneys during Tuesday's court conference, after saying she was ready to hold contempt proceedings.

After pushback from Justice Department attorney August Flentje, Koh told plaintiffs' attorneys she's open to reviewing any requests to find the administration in violation of her order.

The Trump administration has asked the 9th U.S. Circuit Court of Appeals to suspend Koh's order that blocks its plan to end counting early. A federal court in Maryland is also expected to rule soon on a separate request to suspend the administration's efforts to cut the census short.

Flentje attempted to justify the Oct. 5 "target date" during the conference, noting that it's part of the bureau's planning in case of a "very real possibility" that the appeals court orders the bureau to adhere to the Dec. 31 reporting deadline.

The latest legal back-and-forth leaves the final days of counting for the 2020 census mired in uncertainty.

Challengers in this lawsuit led by the National Urban League have been trying to push the Trump administration to keep counting another month — through Oct. 31 — as it had previously planned to try to make up for lost time during the pandemic.

Continuing to send door knockers to try to reach unresponsive households past Oct. 5, career bureau officials said in a slide deck they presented to Ross on Monday, could improve the count in parts of the country where census participation has been "lagging," including tribal areas, rural areas and other historically undercounted communities.