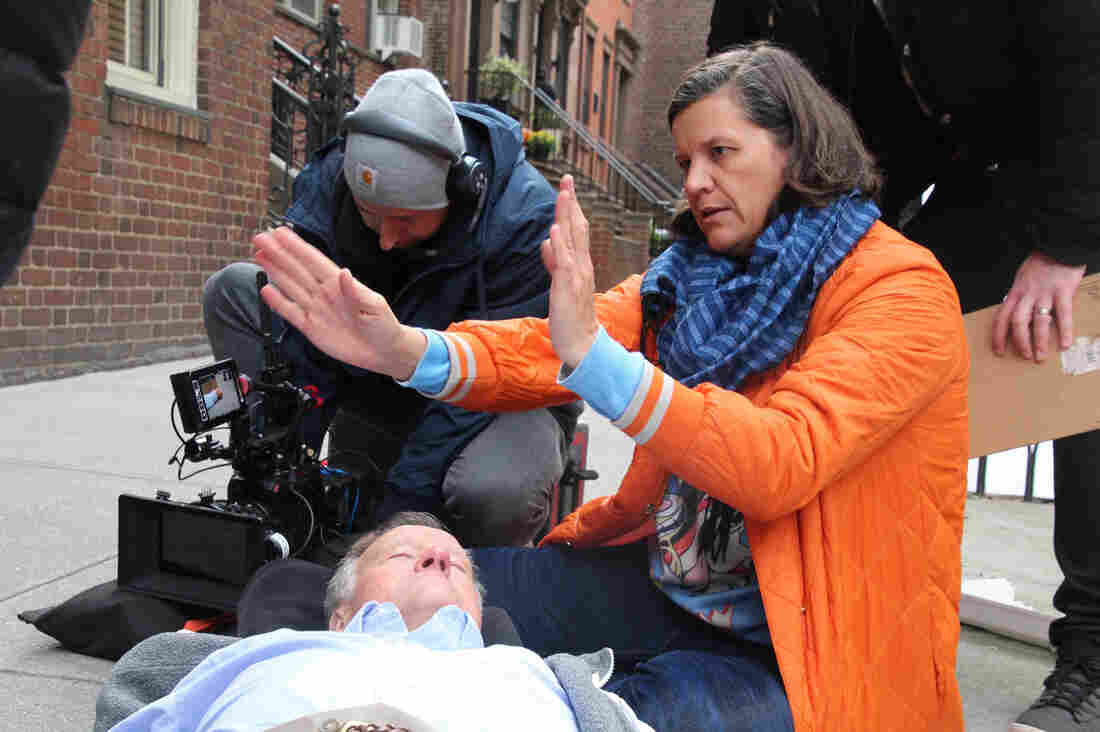 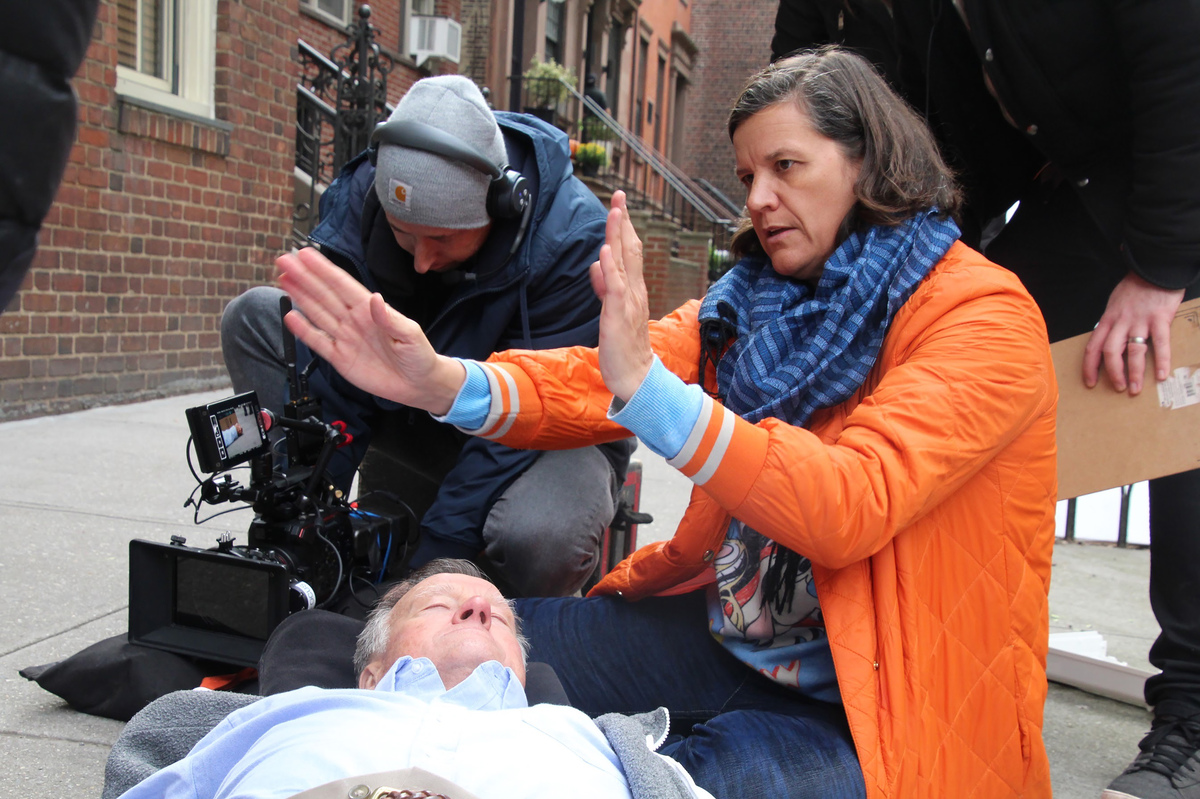 Filmmaker Kirsten Johnson stages one of her father's "deaths" in Dick Johnson Is Dead.

When Kirsten Johnson's dad started showing signs of dementia, she had a hard time accepting the fact that his death was getting closer. So she decided to make a movie about him.

Johnson's new Netflix documentary, Dick Johnson Is Dead, tells the story of moving her dad out of his home in Seattle and into her apartment in New York. It also enacts her father's death from imagined accidents, like getting hit in the head by a falling air conditioner or tripping on a crack in the sidewalk.

Johnson has worked as a cinematographer for over 50 documentaries, and has directed seven movies, including Cameraperson and the short film The Above. She says her father laughed when she pitched the idea to him.

"Ever since I was pretty little with my dad, we have kind of amazing conversations about all kinds of things. ... He was not particularly interested in being the center of things, but he was absolutely interested in doing something with me full time, spending time together, watching movies together, making something funny together."

The first "death" they filmed was at home, on the staircase where Johnson's late mother, who had Alzheimer's disease, once broke her hip. It was a powerful moment.

"To see my 84-year-old father, like, laughing — but also just the vulnerability of him laying himself out at the bottom of the stairs because I had asked him to — both made me question the entire idea and also say, ' Woah, this is potent,' " Johnson says.

One of the primary places this came from was the experience we had making my previous film Cameraperson and this wonderful editor I work with, Nels Bangerter, he placed a shot of my mother alive after a shot of her ashes in a box. And it so startled me, I really had the impression that she came back to life. It was like, "Oh, right, cinema can do this!" ... So that was part of the origin story. 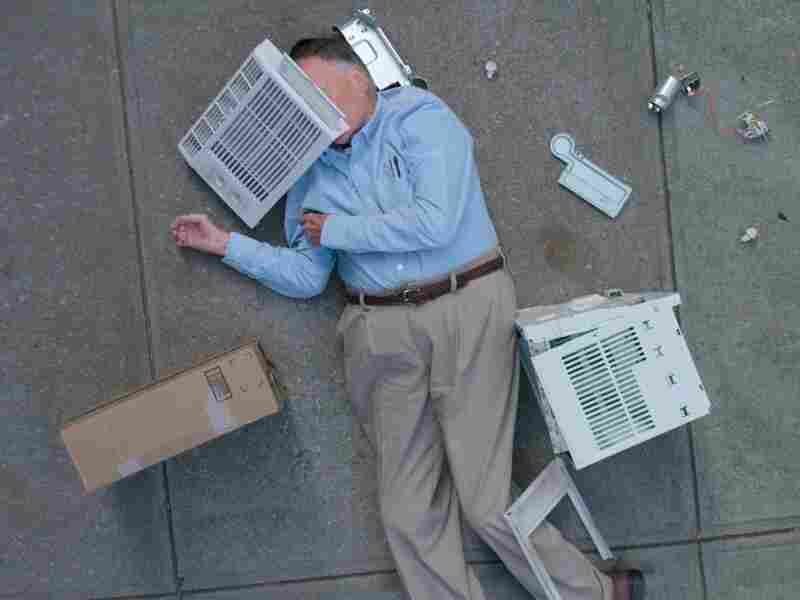 "He was not particularly interested in being the center of things, but he was absolutely interested in doing something with me full time," filmmaker Kirsten Johnson says of her dad's appearance (as himself) in Dick Johnson Is Dead. Netflix hide caption 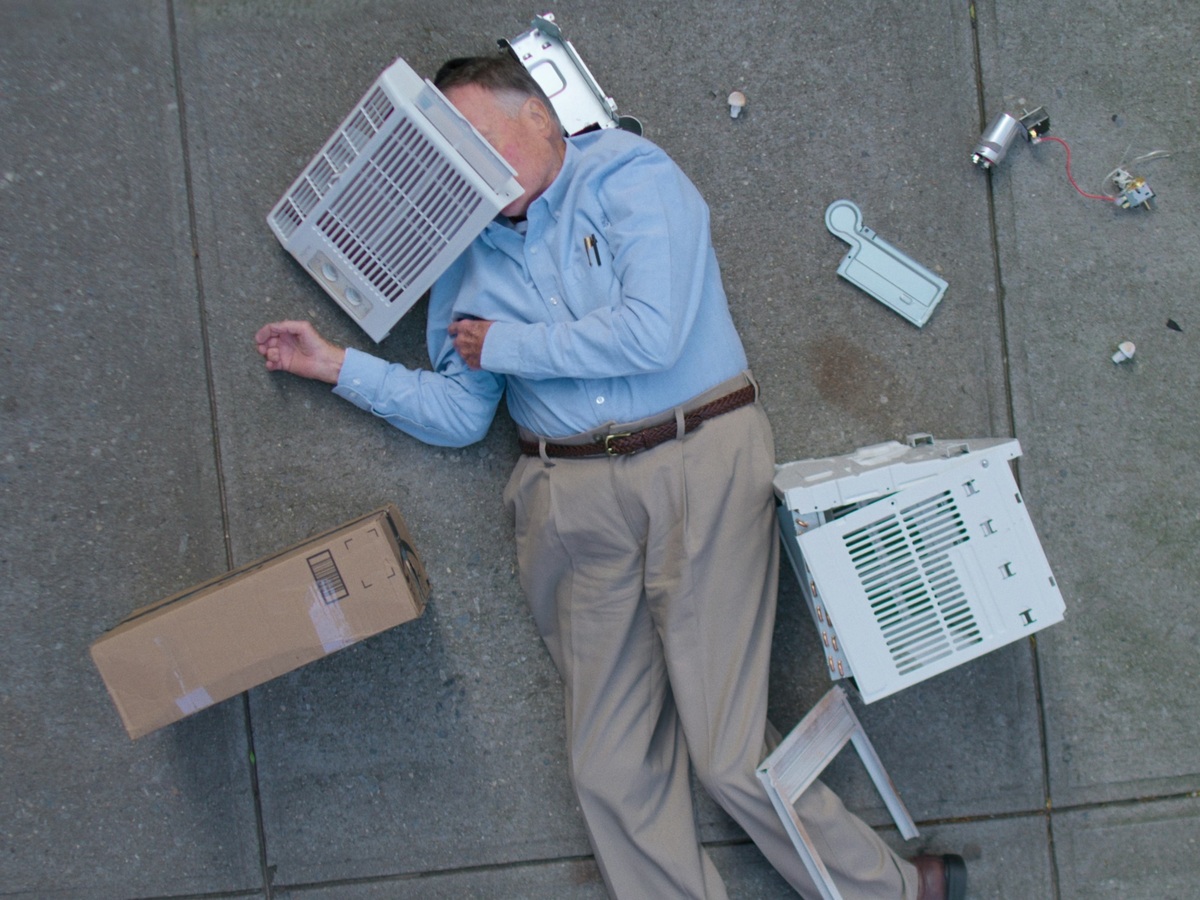 "He was not particularly interested in being the center of things, but he was absolutely interested in doing something with me full time," filmmaker Kirsten Johnson says of her dad's appearance (as himself) in Dick Johnson Is Dead.

And then, of course, I had a dream. I'm like a big, vivid dreamer. And I had a dream in which I saw an open casket and a man who wasn't my father sat up and said, "I'm Dick Johnson and I'm not dead yet." And it just clicked something in me, like, "Wait a minute! My time is running out with him." So those are a couple of places that the idea bubbled from, I would say.

[Initially] I wanted big stunts. I wanted him to catch on fire. I wanted to put him out on an ice floe. I wanted Jackie Chan to help us, because I really was interested also in this role of the stunt person. ... I like to think of every member of a team or a crew having insights into the project that go unnoticed, unrecognized, unquestioned. So I started thinking about stunt people and death like that they're literally risking their own lives on behalf of being invisible in a film — and for all of us to take it lightly on a certain level. Like, oh, that movie star didn't just die, of course. But we're not thinking of the person who had to catch themselves on fire and, like, fall out of a building. So I did want to do big stunts. But then once we started to do them, it became really clear that my father's dementia was such that it would be really hard to do those stunts. And then suddenly the realization of, well, this probably is the more likely way that he would die.

Alzheimer's Starts To Steal The Joy Of Being A Grandfather

On the emotional experience of making the film

On how she sees dementia changing her dad's personality

It's doing so many things to him. He is distilled to his essence, which I would say, he can call me multiple times in a day and simply say to me, "I'm just checking to see if you know that I love you." And that is who he has been in my entire life, just affirming that. All of these words are applicable. I do think the loss of his capacity to have an extended conversation, an analytic conversation — it's a profound loss for him and for me.

Her Mom Was Lost In Dementia's Fog. Singing Christmas Carols Brought Her Back

My biggest conundrums, the most challenging problems for me, I could go to my dad and just say, "I want to lay this out for you and I don't understand why I'm behaving in this way. I don't understand what's happening." And he could just, like, break it apart and ask questions. Never, never, judge, never give me even advice, just ask questions that then allowed me to think, OK, I see what's going on here.

And so that I have definitely lost and he has definitely lost. But, every once in a while I can still come in with a question and he'll just go deep analytic and be right in there for the length of that question. So in some ways, it's taught me new ways to think and talk and interact with him.

Heidi Saman and Kayla Lattimore produced and edited the audio of this interview. Bridget Bentz, Molly Seavy-Nesper and Beth Novey adapted it for the Web.