• Adrianne Lenker: "anything" from songs
• Waylon Payne: "Old Blue Eyes" from Blue Eyes, The Harlot, The Queer, The Pusher and Me
• Masego, "Passport"
• La Dame Blanche: "La Maltratada" from Ella
• Theo Alexander: "re; Waiting" from Animadversions
• Sarah Kirkland Snider: "Kyrie" from Mass for the Endangered 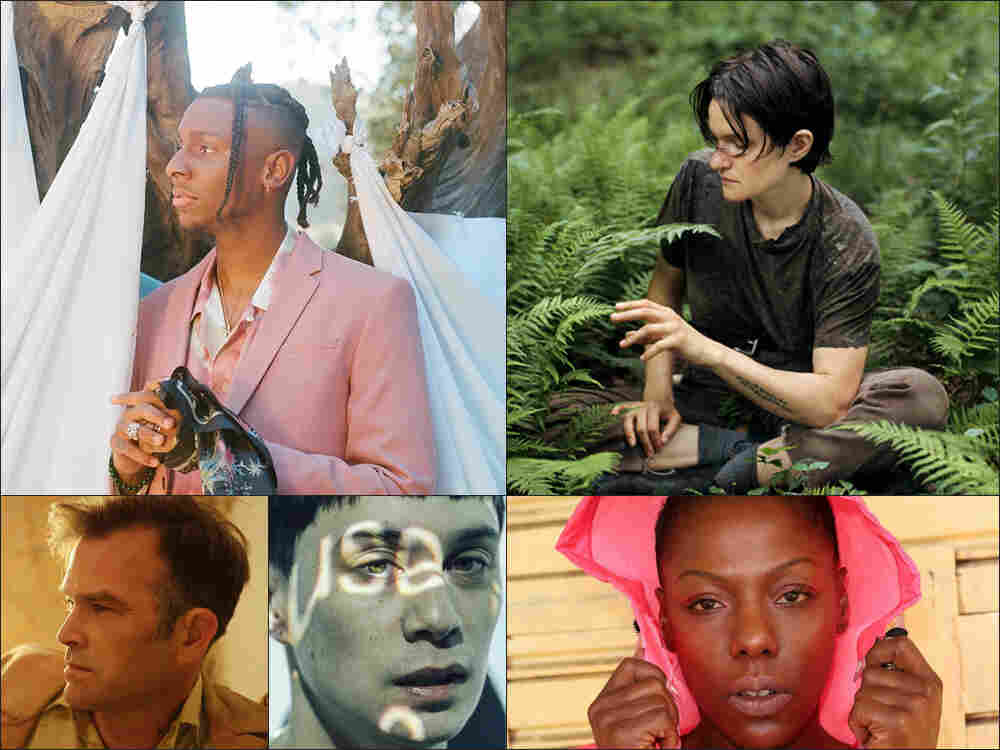 Adrianne Lenker: "anything" from songs

The first single from the Big Thief singer and guitarist's new solo release is a delicate, graceful song that recalls painful memories. Like much of Lenker's best songwriting, love shines in the shadows of violence and tenderness. — Marissa Lorusso

Waylon Payne: "Old Blue Eyes" from Blue Eyes, The Harlot, The Queer, The Pusher and Me

The final ballad on Waylon Payne's shadowy masterpiece — the one containing the album's curious title — partakes of both real life and the American songbook. Here is an other set of blue eyes, like Sinatra's, like those Payne's godmother Jessi Colter invoked in a classic country song. But these belong to a friend, not a lover, part of the ragtag crew of artist-drifters whom Payne brings alive and celebrates and mourns: harlots, queers and pushers, as he puts it, all worthy of the love and attention his music so artfully grants. Love isn't always straightforward; nor is great songwriting. Payne is the master of the whispered aside, the unacknowledged glance. — Ann Powers

Two years after the release of his debut album Lady Lady, Masego has returned with his one-of-a-kind, self-described "TrapHouseJazz" sound. "Passport" is light and airy; the sounds of wanderlust and exploration come courtesy of a Japanese koto. Masego sings (in English and Japanese) about his desire to get out of the house and travel the globe, a bittersweet anti-pandemic sentiment made palatable with his smooth voice. — LaTesha Harris

La Dame Blanche has been on a crusade to challenge genres and expectations; on her new album, she reaches her goal. Hip-hop and Cuban music are her points of reference, but Ella's mash-up power resides in La Dame Blanche's always impressive musical vision. — Felix Contreras

Theo Alexander: "re; Waiting" from Animadversions

British musician Theo Alexander titled his new album of piano instrumentals Animadversions, and if you're not familiar with the word "animadversion," it's like a criticism or a rejection. Its use here is apt: Alexander took a bunch of his own music, decided he didn't like it and scrambled it up so it was more to his liking. That might mean loops or effects, or otherwise reconstructing his compositions, and the effect is that these pieces feel both thoughtful and intense. They tend to combine a jaunty, percussive quality with beautiful, feathery little flurries of notes. Those patterns and progressions have been finding their way into my dreams lately, which makes a certain amount of sense: This music feels calm, but it's hypnotic — even relentless — at the same time. — Stephen Thompson

Sarah Kirkland Snider: "Kyrie" from Mass for the Endangered

The choral music known as the Catholic mass is still alive and well today. People have been writing and singing masses for some 1300 years. The young composer Sarah Kirkland Snider's new album, Mass for the Endangered, puts a 21st century spin on that old blueprint. Unlike the traditional mass, a liturgical ceremony for the soul of mankind, Snider's music is a prayer for the wildlife on our planet, with new words interleaved with the old Latin text. The finely tailored performance is by the British choir Gallicantus, with a chamber orchestra conducted by Gabriel Crouch. — Tom Huizenga