Accessibility links
After 1st Trump-Biden Debate, Organizers Promise Changes After a presidential debate plagued by interruptions and cross-talk — mostly from President Trump — many voters and journalists asked whether more could have been done to stop the chaos. 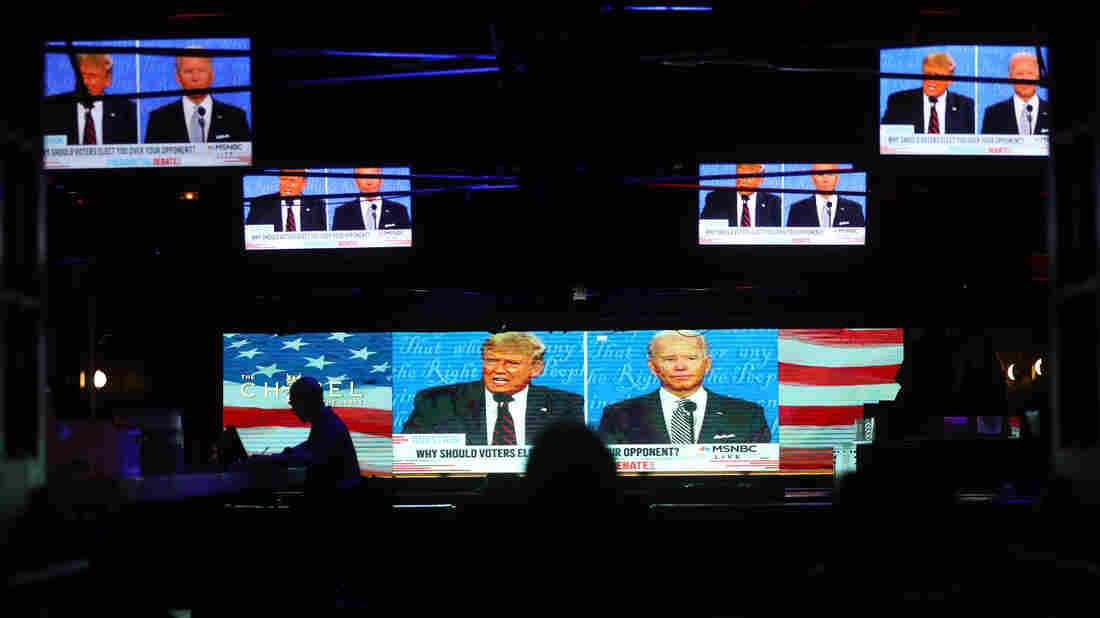 A broadcast of the first debate between President Trump and Democratic nominee Joe Biden is played on TVs at The Abbey in West Hollywood, Calif. Mario Tama/Getty Images hide caption 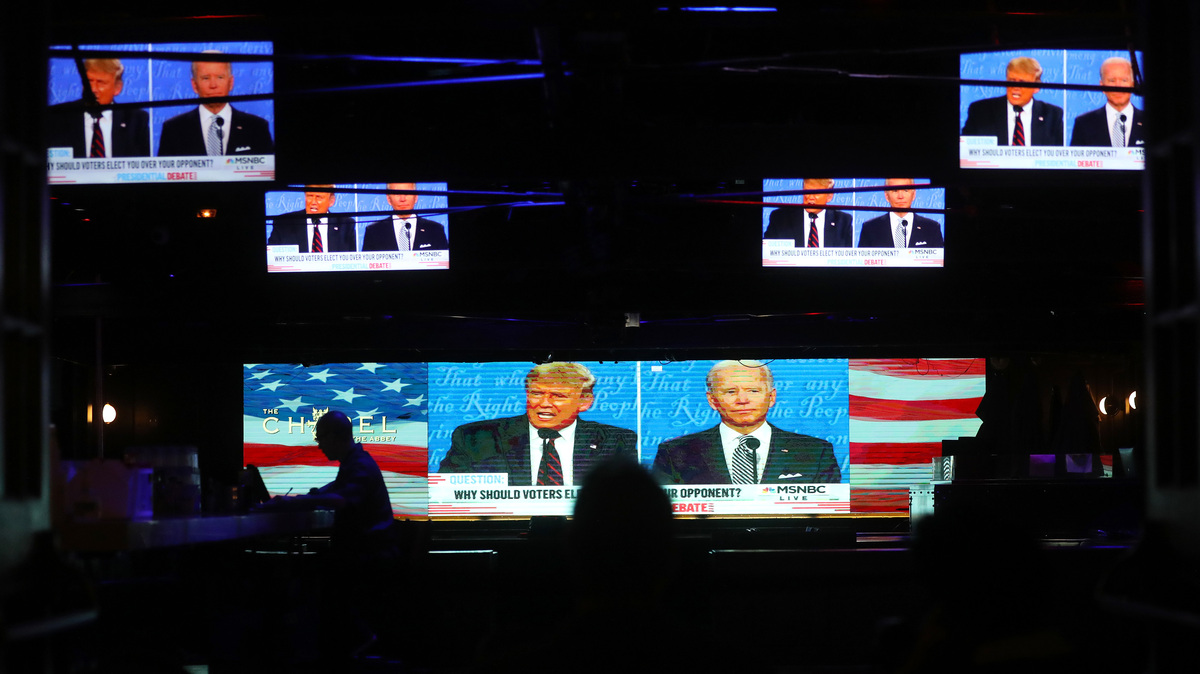 A broadcast of the first debate between President Trump and Democratic nominee Joe Biden is played on TVs at The Abbey in West Hollywood, Calif.

After a debate plagued by interruptions and cross-talk — mostly from President Trump — many politicos, voters and journalists asked whether more could have been done to stop the chaos. Some asked whether the debates should continue at all.

The Commission on Presidential Debates, the independent, nonpartisan group that has sponsored the debates since 1988, responded Wednesday, saying it is considering changes to the format before the next matchup:

The Commission on Presidential Debates sponsors televised debates for the benefit of the American electorate. Last night's debate made clear that additional structure should be added to the format of the remaining debates to ensure a more orderly discussion of the issues.  The CPD will be carefully considering the changes that it will adopt and will announce those measures shortly.  The Commission is grateful to Chris Wallace for the professionalism and skill he brought to last night's debate and intends to ensure that additional tools to maintain order are in place for the remaining debates.

During a campaign stop Wednesday at a train station in Alliance, Ohio, Democratic nominee Joe Biden said he would continue to participate in the debates, telling reporters that he is looking forward to them.

"I just hope there's a way in which the debate commission can control the ability of us to answer the question without interruption," Biden said.

Trump Derails 1st Presidential Debate With Biden, And 5 Other Takeaways

The former vice president said it would make sense for the moderator to switch off Trump's microphone during Biden's turn and vice versa, providing each candidate with two minutes of uninterrupted speaking time.

For his part, Trump has criticized Tuesday night's moderator, Fox News' Chris Wallace, for bias. "Two on one was not surprising, but fun," the president tweeted.

"They're only doing this because their guy got pummeled last night," Trump campaign communications director Tim Murtaugh wrote in a statement. "President Trump was the dominant force and now Joe Biden is trying to work the refs. They shouldn't be moving the goal posts and changing the rules in the middle of the game."

The next debate, set for Oct. 15, will be hosted by C-SPAN anchor Steve Scully. Currently, that debate is set up as a town hall format, in which both candidates will answer questions from voters in the audience.

Facing voters may make it more difficult for the candidates to steam roll through questions and answers.

"Wallace needed, at the very least, a mute button," wrote Washington Post media columnist Margaret Sullivan. "Maybe something stronger. A penalty box? A stun gun? Failing some radical reform in the debate format, there's no reason for the next two debates to take place as scheduled on Oct. 15 and 22."