Accessibility links
Trump Backtracks Debate Comments On White Supremacists President Trump attempted to walk back his comments about the Proud Boys, a right-wing group he declined to disavow in Tuesday night's presidential debate. Some GOP lawmakers urged him to clarify.

Trump On Defensive Over White Supremacist Comments In Debate

Trump On Defensive Over White Supremacist Comments In Debate 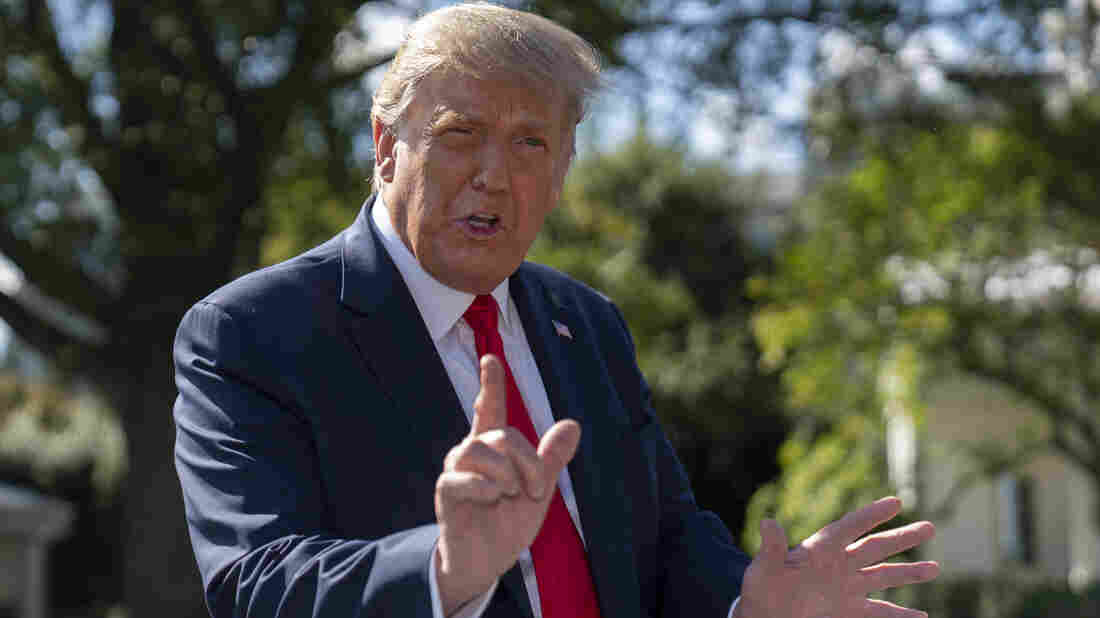 President Trump answers questions about his remarks in Tuesday's presidential debate about white supremacist groups after many congressional Republicans suggested he needed to be clearer denouncing the movement. Carolyn Kaster/AP hide caption 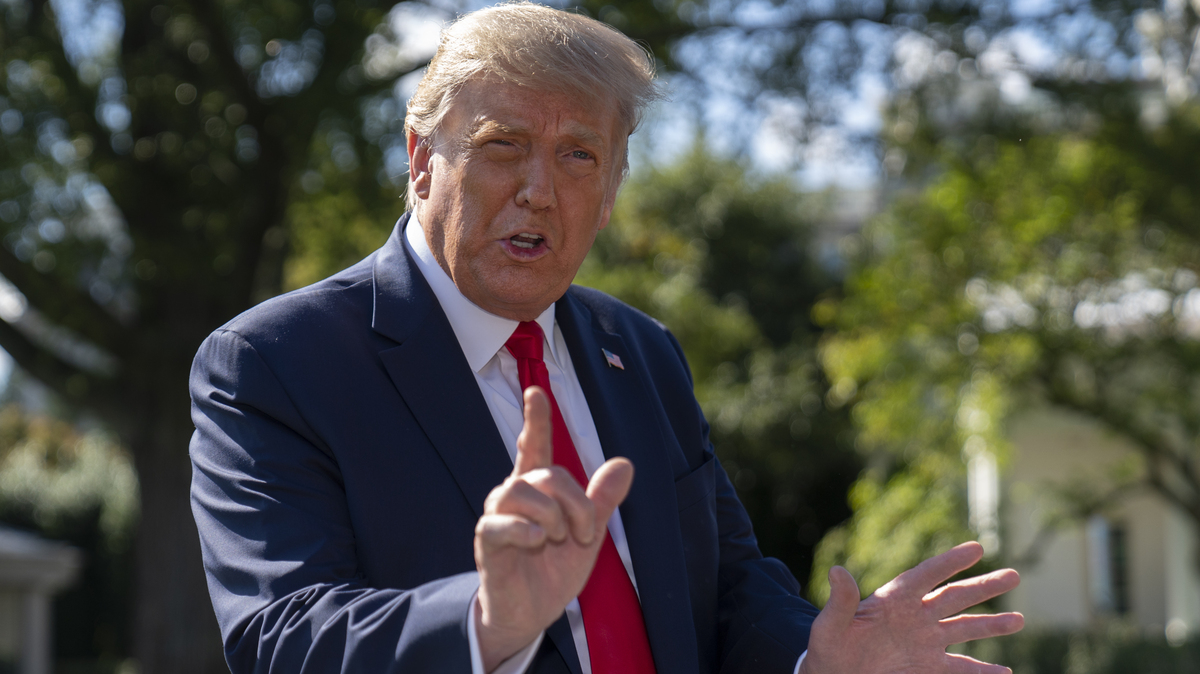 President Trump answers questions about his remarks in Tuesday's presidential debate about white supremacist groups after many congressional Republicans suggested he needed to be clearer denouncing the movement.

President Trump attempted to clarify his position on white supremacists after a litany of members of his own party urged him to more clearly condemn the right wing group known as The Proud Boys, whom he told to "stand back and stand by" in Tuesday night's first presidential debate.

The president told reporters at the White House that he doesn't know who the Proud Boys are, but said they should "stand down" and let law enforcement do their work.

"I don't know who the Proud Boys are, you'll have to give me a definition," he said.

He added, "Whoever they are, they have to stand down, let law enforcement do their work."

Shortly before the president spoke, Senate Majority Leader Mitch McConnell, R-Ky., avoided directly criticizing the president's handling of the issue, but McConnell made it clear for his part that he was calling out white supremacy.

After being pressed about the president's debate performance, McConnell said he agreed with comment earlier in the day from South Carolina GOP Sen. Tim Scott.

"[Scott] said it was unacceptable not to condemn white supremacy; so I do so in the strongest possible way," the top Senate Republican told reporters on Capitol Hill.

Scott, the only Black Republican in the Senate, was asked by a reporter about the Tuesday debate exchange during his meeting with Amy Coney Barrett, the president's Supreme Court nominee.

Scott said about the president, "I think he misspoke" in response to the moderator's question. He added some advice: "I think he should correct it. If he doesn't correct it, I guess he didn't misspeak."

Some congressional Republicans defended the president and insisted he did appropriately answer the question.

McCarthy quickly pivoted to criticizing Democratic presidential nominee Joe Biden for not calling out violence from individuals with ties to antifa, the left-wing movement that the FBI has labeled an ideology, rather than a specific group posing a security threat.

The No. 2 House Republican, Rep. Steve Scalise of Louisiana, told NPR that Biden should be doing more to address divisions in the country and maintained that Republicans, including the president, were denouncing the threats posed by right-wing groups.

Others were more blunt about how they thought the president should have handled the issue.

"He should have been very clear, and he should have made it very clear that there's no room for people on the far left or the far right when it comes to either antifa or these white supremacist groups," Rounds said.

Utah Republican Sen. Mitt Romney, who has become one of the few GOP lawmakers willing to break with the president, said "of course, of course" when asked by reporters in the Capitol if the president should have called out the far-right groups.

Indiana GOP Sen. Todd Young, who chairs the Senate Republicans' campaign arm, told reporters, "I condemn white supremacy, all extremist groups. I think that all of these groups are hateful, and I condemn them in the strongest terms."

McConnell downplayed the potential impact of the comments on congressional Republicans on the ballot in November, saying, "I don't know any of my colleagues who will have problems as a result of that."

With just five weeks until the election, Republicans on Capitol Hill are trying to focus on finishing up the business of avoiding a government shutdown, getting through Barrett's confirmation process to fill the vacancy on the Supreme Court left by the death of Ruth Bader Ginsburg, and potentially approving additional coronavirus relief.

North Carolina Republican Sen. Tom Tillis, who is in a tight reelection race, said people in his home state were focused on economic issues and Democratic proposals on climate change or expanding the number of seats on the Supreme Court.

"I'll leave it to the president," he said of the debate remarks. "I know he's not a racist and I'm sure he doesn't approve their activities."

Romney, who was the Republican Party's nominee for president in 2012, declined to opine about the political impact of the president's debate performance, but he did quip, "It was not a Lincoln-Douglas debate, that's for sure." McConnell expressed a similar assessment on the debate.