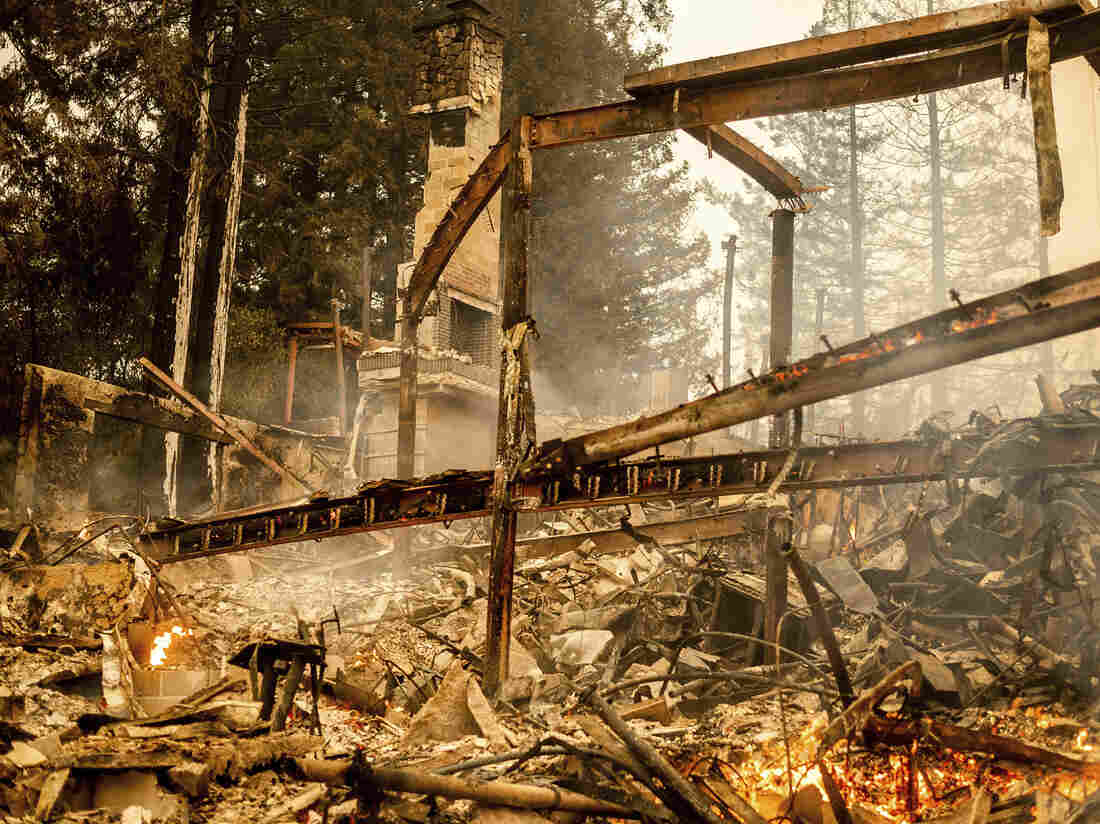 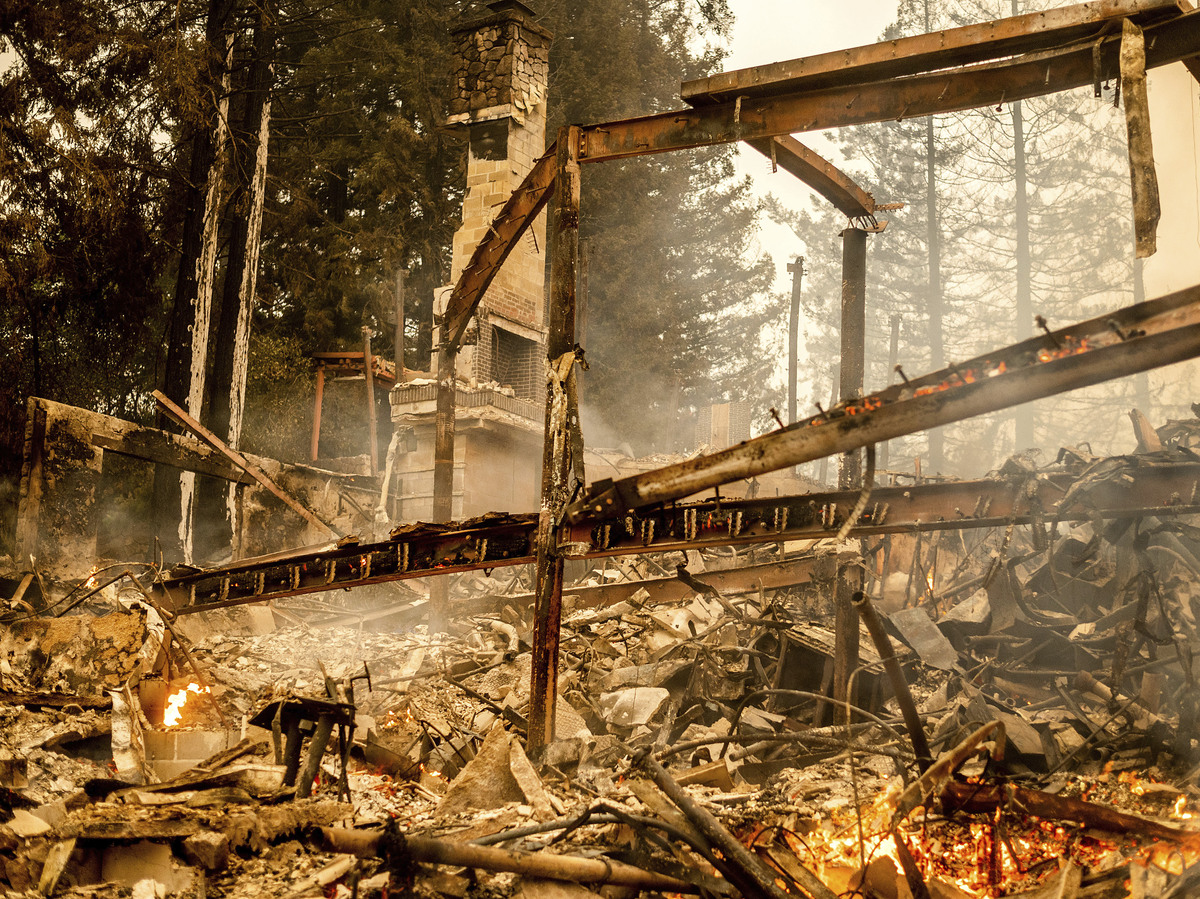 Charred framing remains, Monday, Sept. 28, at the Restaurant at Meadowood, which burned in the Glass Fire, in St. Helena, Calif.

The Glass Fire has prompted the evacuation of thousands of residents in California's Napa and Sonoma counties and caused the destruction of dozens of buildings.

Since igniting in the wine country on early Sunday, wind-fueled flames have engulfed 48,440 acres and consumed more than 50 homes and buildings, according to CalFire. As of late Wednesday morning, the fire was only 2% contained.

"Right now we have approximately 8,200 folks who have been evacuated," Santa Rosa Mayor Tom Schwedhelm told NPR's All Things Considered on Wednesday. "There's about another 20,000 that are under evacuation warning because of the wind direction."

The evacuations and the warnings are becoming a tragic routine for the area.

"This isn't our first rodeo experiencing this," Schwedhelm said during a news conference.

"We experienced fires both in 2017 with the Tubbs Fire that took out about 5% of our residential stock in Santa Rosa, and then in 2019 we had the Kincade Fire, about 60,000 of our residents were evacuated," Schwedhelm said. "We're actually getting better with our response to this."

The mayor said other states who may be experiencing wildfires for the first time need to be prepared.

"We've done a lot of community education about having your go bag ready so if you do get the call that you have to evacuate," Schwedhelm said. "Don't wait for someone else to take the responsibility for your safety."

California is battling more than two dozen other fires, including the Zogg Fire in Shasta County that has left at least three civilians dead. On Monday, California Gov. Gavin Newsom declared a state of emergency in Napa, Sonoma and Shasta counties due to the fires.

While the cause of the Glass Fire is still under investigation, winds have contributed to the fires and the area is bracing for potentially warm weather. As wildfires continue to rage across the west coast, experts warn of the effect climate change has on the disasters.

"As far as climate change, I would just say people need to take an active role in that. Don't pretend that it's happening somewhere else and not here," Schwedhelm said. "The city of Santa Rosa has [combating climate change] as one of our priorities and we have taken several significant steps to try to lower our carbon footprint, if you will."

Since the beginning of 2020, there have been over 8,100 wildfires in California that have burned more than 3.9 million acres, according to CalFire. More than 7,200 structures have been destroyed and 29 people have died.

The audio version of this story was produced and edited by Lauren Hodges, Jason Fuller, Patrick Jarenwattananon and Carol Klinger.