Accessibility links
Asian Americans Go From Lowest Unemployment Rate To One Of Highest Asian Americans have traditionally enjoyed some of the lowest unemployment rates in the country. But the pandemic is taking a heavy toll - and Trump's blaming China isn't helping. 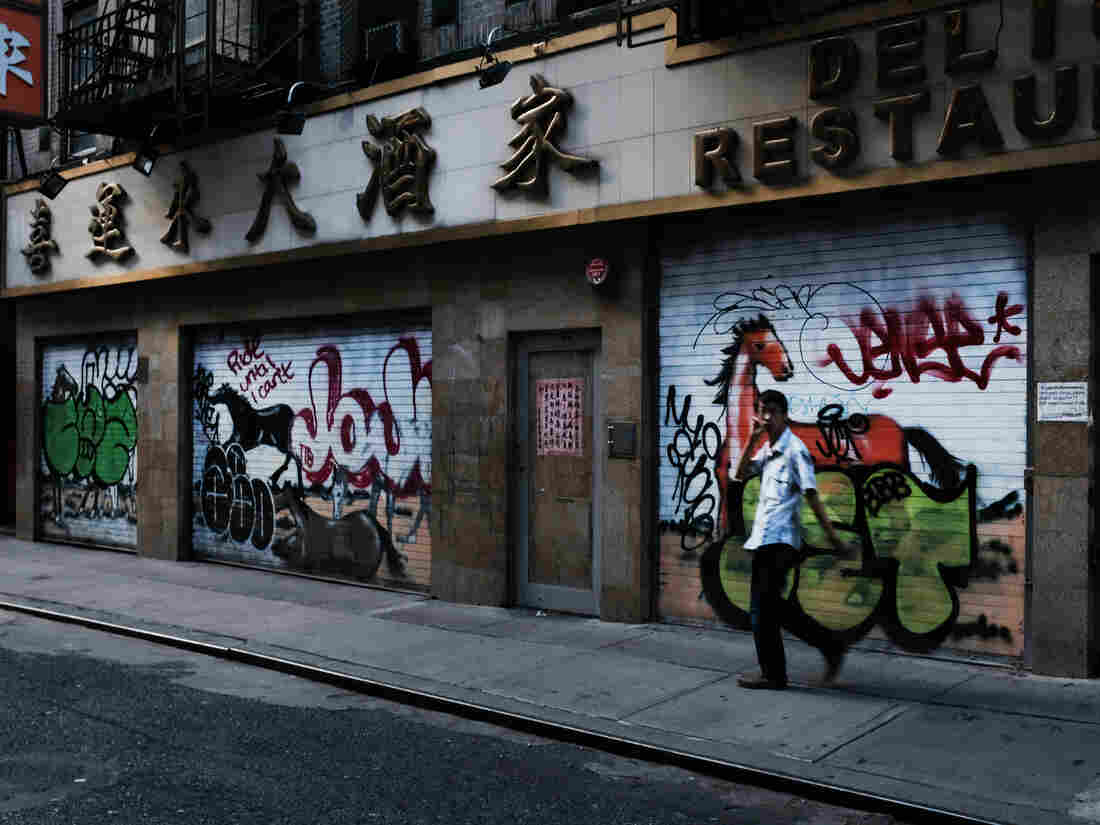 A man passes by a closed restaurant in New York City's Chinatown on Aug. 10, 2020. The unemployment rate for Asian Americans has surged amid the pandemic, a trend that has been overlooked amid the widespread economic misery. Spencer Platt/Getty Images hide caption 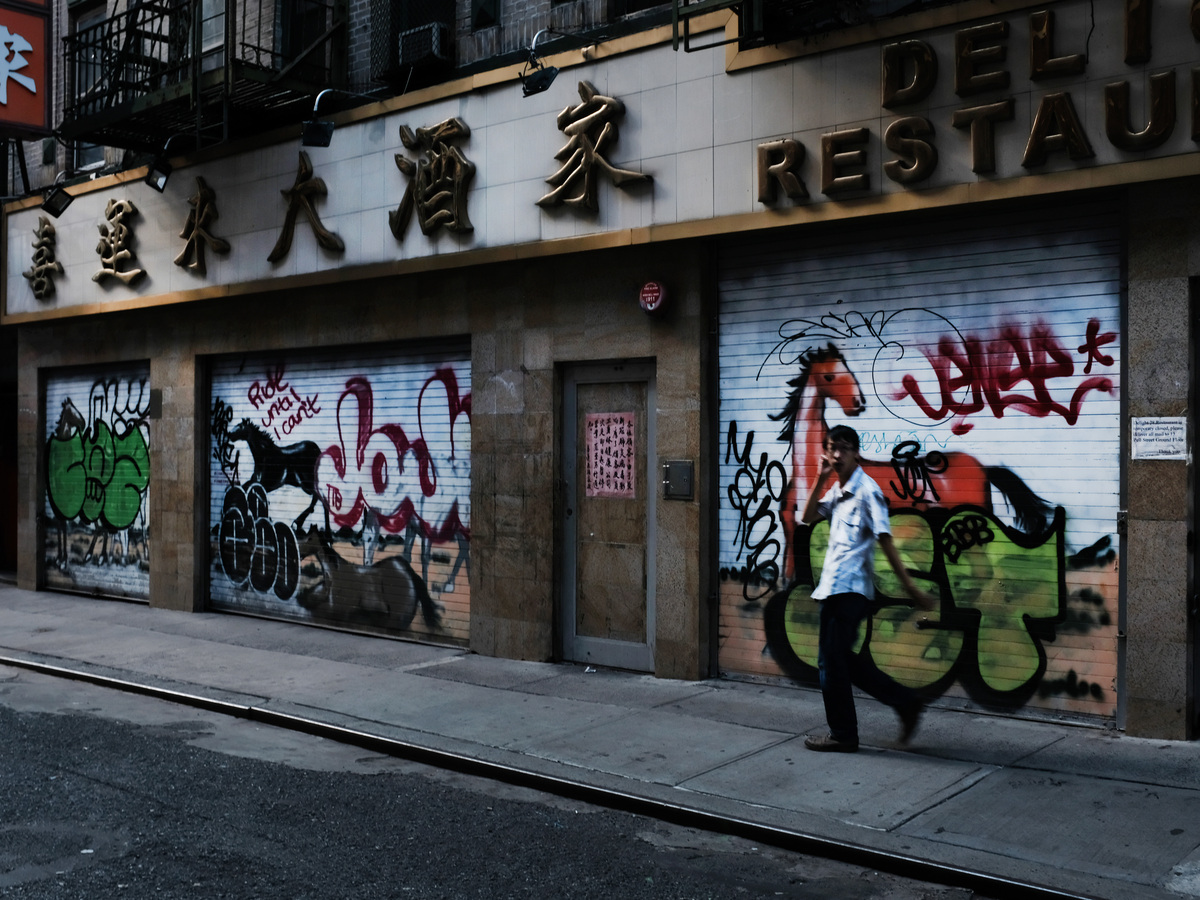 A man passes by a closed restaurant in New York City's Chinatown on Aug. 10, 2020. The unemployment rate for Asian Americans has surged amid the pandemic, a trend that has been overlooked amid the widespread economic misery.

The coronavirus pandemic is taking a heavy economic toll on Asian Americans.

From Vietnamese nail salons to Cambodian donut shops, Asian-owned businesses have struggled. And Asian American workers have gone from having the lowest unemployment rate in the country to one of the highest.

Jerry Raburn lost his job at a mortgage servicing company in Southern California in March, just six months after he started.

"The business decreased dramatically, and based on seniority, I was let go," said Raburn, who came to the U.S. from Thailand when he was 8 years old.

He now shares a single room with his mom, brother and sister in another family's house.

David Canlas, who is from the Philippines, also lost his job consulting for software startups when the pandemic struck.

"Right now, nobody has start-up capital," Canlas said. "Nobody has the budget to go hire a consultant. Nobody even feels comfortable for me to come into their office."

The spike in Asian American unemployment stands out, even amidst the widespread misery of the pandemic.

A year ago, the jobless rate for Asian Americans was 2.8% — lower than that of whites, Blacks or Latinos. But Asian American unemployment soared to 15% in May, and it was still 10.7% in August — well above the rate of 7.3% for whites and the Latino rate of 10.5%. Only African Americans had a higher jobless rate of 13%.

While disparities in employment among Latinos and African Americans have garnered headlines during the pandemic, Asian American job losses have attracted less notice.

"Asian Americans are absolutely overlooked," said Marlene Kim, an economist at the University of Massachusetts, Boston. "People have the sense that Asians are fine. That they're a model minority. That they have good jobs and are doing OK."

Geography explains some of the newfound challenges. Asian Americans are concentrated in places like New York and California, where the virus has taken a heavy toll.

Occupation also plays a role. Nearly a quarter of the Asian American workforce is employed in industries such as restaurants, retail, and personal services such as nail salons.

"Those industries have been hard hit by the pandemic and they traditionally employ many Asian Americans," said economist Donald Mar of San Francisco State University.

Asian Americans also worry about discrimination, and say President Trump hasn't helped with his provocative labeling of what he has repeatedly called the "Chinese virus."

Paul Ong of UCLA noted that Chinatown in Los Angeles suffered an earlier and deeper drop in foot and vehicle traffic than the city's other commercial neighborhoods.

"People are avoiding these areas in part because of this myth that somehow Asian Americans are tied in with the spread of the coronavirus," Ong said. "Certainly that is untrue and unfair. But there's no question that it gets reflected in the impact on the ethnic economy."

That can be a real problem for Asian Americans who are new to the country or have limited English skills. In ordinary times, the social and economic networks of an immigrant community can open doors and provide opportunity. But Ong warned over-reliance on those networks can be a trap during a crisis like the pandemic.

"If you're in an ethnic sector and all the restaurants are facing the same problem of being shut down, your opportunity to find work is minimal if not non-existent."

Raburn has filed numerous online job applications since he was laid off by the mortgage servicing company, even though he finds the process soul killing.

"You don't talk to a person," he said. "It makes me not ever want to look for jobs again. But I have to look for a job."

Raburn is also attending community college, and said his younger brother recently landed a job at Home Depot. Events have tested but not yet beaten his immigrant family's hope for a brighter future.

"Life is hard in any country," Raburn said. "I believe America will get better."