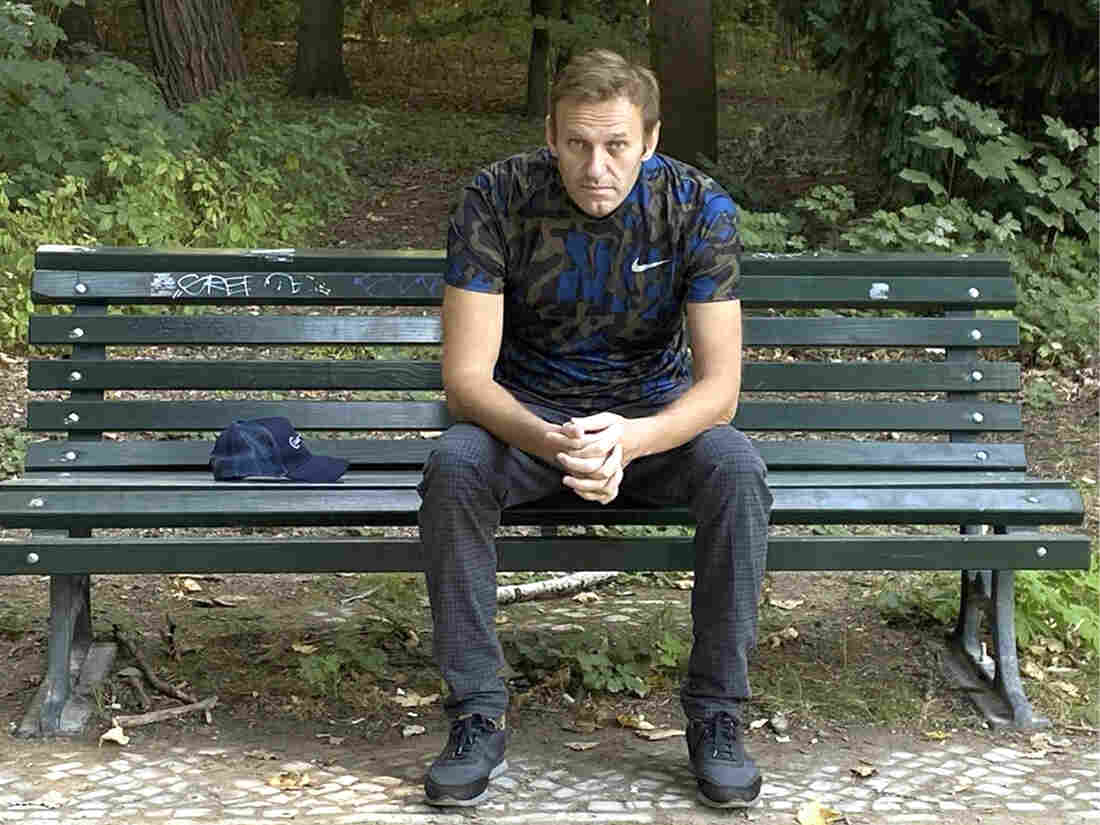 "I assert that [Vladimir] Putin was behind the crime, and I have no other explanation for what happened," Russian opposition leader Alexei Navalny told the German magazine Der Spiegel. Navalny Instagram via AP hide caption 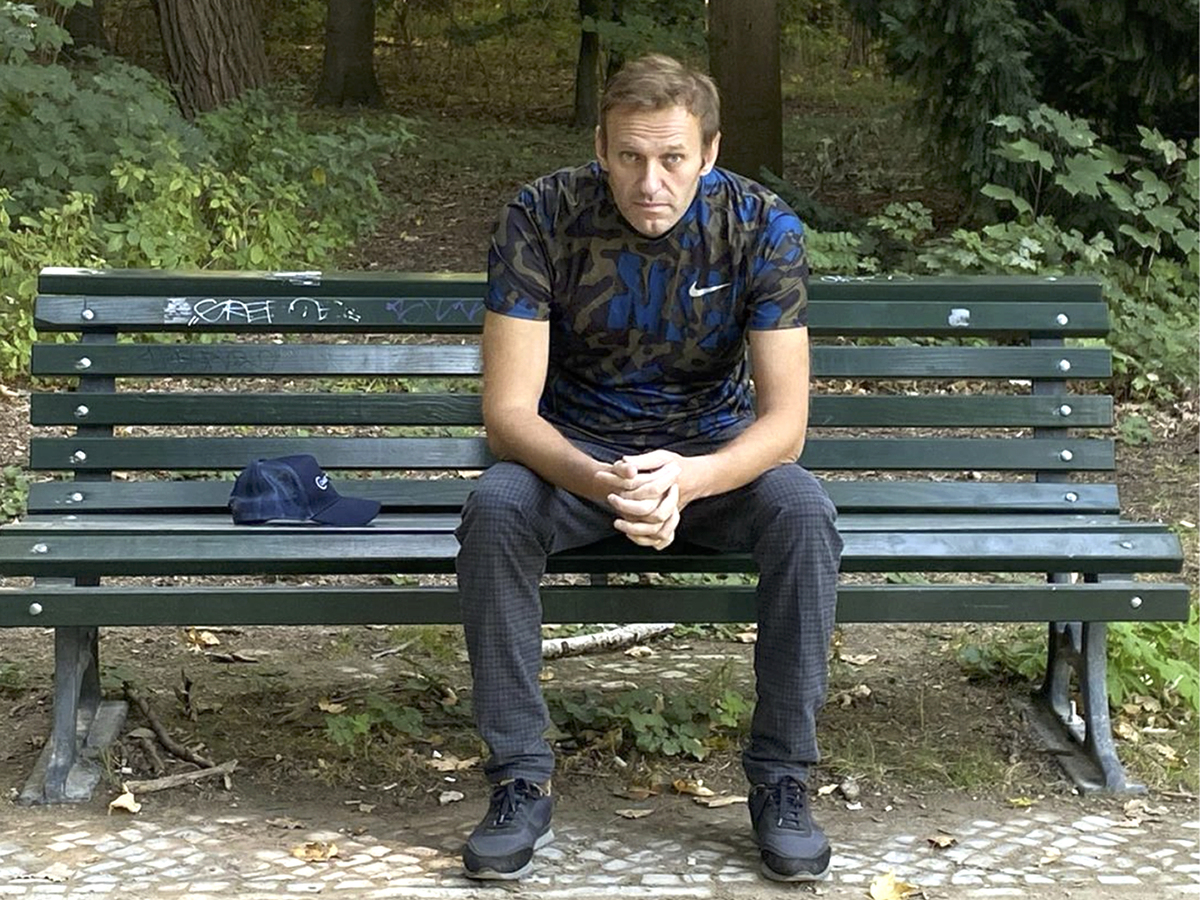 "I assert that [Vladimir] Putin was behind the crime, and I have no other explanation for what happened," Russian opposition leader Alexei Navalny told the German magazine Der Spiegel.

Russian opposition leader Alexei Navalny says he believes that President Vladimir Putin had him poisoned with a rare nerve agent.

In an interview published Thursday, Navalny told the German magazine Der Spiegel that the use of the Soviet-era nerve agent Novichok meant his poisoning was orchestrated by one of Russia's intelligence agencies. He said the heads of those agencies "cannot make a decision like that without being instructed by Putin. They report to him."

"I assert that Putin was behind the crime, and I have no other explanation for what happened. I'm not saying this out of self-flattery, but based on the facts. The most important fact is Novichok," Navalny told Der Spiegel.

Novichok was also used to poison former KGB spy Sergei Skripal and his daughter, Yulia, in 2018 in Britain. Both survived the attack, which Western nations have blamed on Moscow.

Putin has denied any involvement, at one point even suggesting Navalny may have poisoned himself.

Navalny fell violently ill on Aug. 20 during a flight from the Siberian city of Tomsk to Moscow. The plane made an emergency landing, and he was taken to a hospital in Omsk. After a few days, Navalny was allowed to be transferred to a hospital in Berlin and put into a medically induced coma.

In the expansive interview with Der Spiegel, Navalny described what he experienced while on the plane.

"I leave the toilet, turn to the steward — and instead of asking for help, I say, to my own surprise: 'I've been poisoned. I'm dying.' And then I lay down on the ground in front of him to die. He's the last thing I see — a face that looks at me with slight astonishment and a light smile," he told the magazine.

Navalny was released from Berlin's Charité Hospital late last month and has remained in Germany while he recovers.

While he was hospitalized, a German military lab found traces of Novichok in his biomedical samples. Further tests by labs in Sweden and France backed up those findings, fueling suspicions that Navalny's poisoning was related to his opposition efforts.

European leaders have called for sanctions against Russia and Putin following the poisoning. German Chancellor Angela Merkel has said that Navalny "is the victim of a crime that intended to silence him."

Navalny said in the interview that Putin might have been motivated to poison him because of unrest in Russia's Khabarovsk region, where people demonstrated for weeks after the arrest of a popular governor, and fears that Russia could soon face a situation similar to the one in Belarus.

"He saw what happened in Khabarovsk, where people have been taking to the streets in protest for 80 days now and the Kremlin still has no idea what to do with them," Navalny said. "The Kremlin realized they had to take extreme measures to prevent a 'Belarusian scenario.' "

A spokesperson for Navalny has said his bank accounts have been frozen and his Moscow apartment seized during his hospitalization. The opposition leader told Der Spiegel that he still plans to return Russia.

"Not going back would mean that Putin has won and achieved his goal. And my job now is to remain the guy who isn't afraid. And I'm not afraid," Navalny said. "I would not give Putin the gift of not returning to Russia."