Accessibility links
The Nobels Overwhelmingly Go to Men — This Year's Prize For Medicine Was No Exception : Short Wave From who historically wins the awards, to how they portray the process of science and collaboration, host Maddie Sofia and NPR science correspondent Nell Greenfieldboyce discuss the many problems with Nobel Prizes in science. 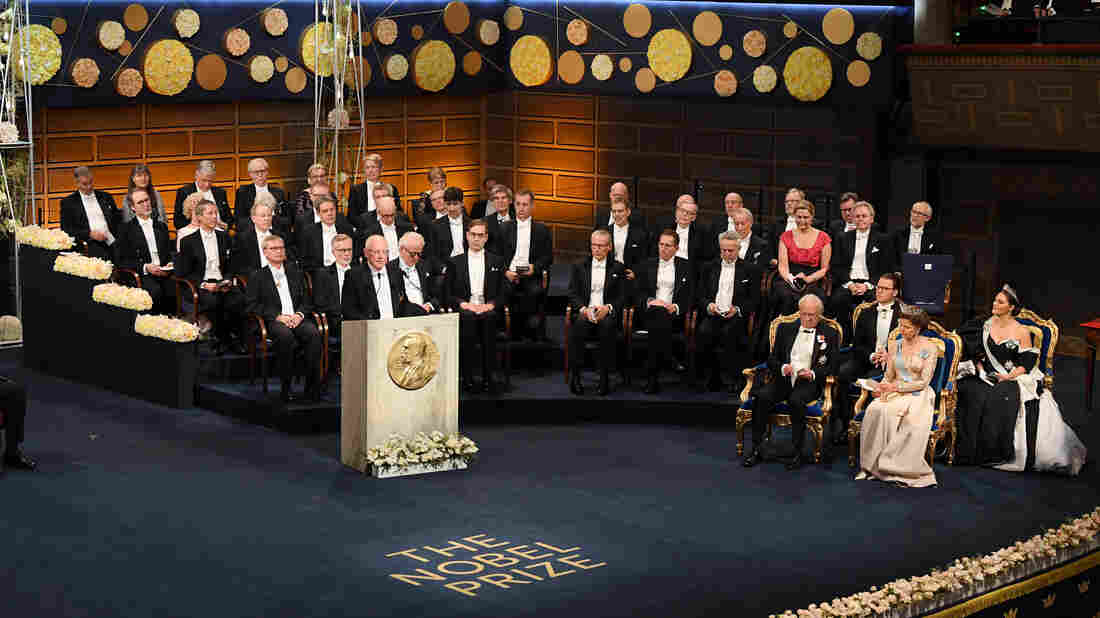 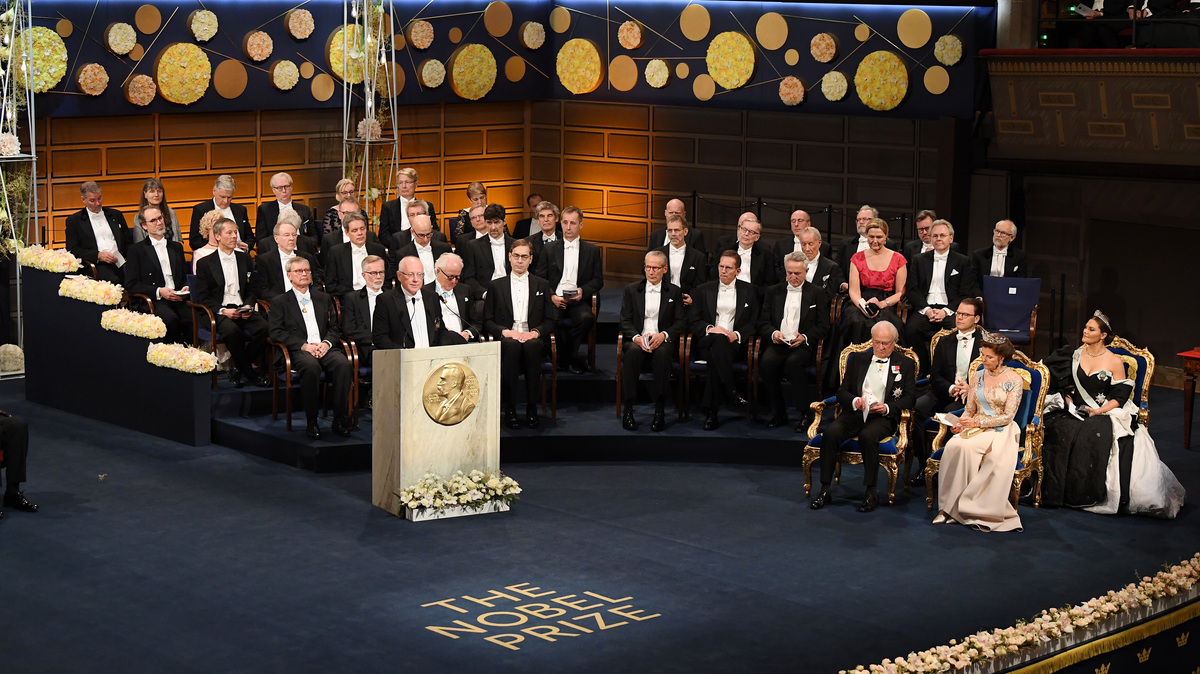 The winners of the Nobel Prizes in science have been overwhelmingly white and male, raising questions about whether the prizes can change with the times.

The Nobel Prize in medicine and physiology was awarded this year to three researchers who showed that chronic liver inflammation was in fact caused by a virus, hepatitis C.

Harvey J. Alter, Michael Houghton and Charles M. Rice won the prestigious award, given out by the Karolinska Institutet for the Nobel Prize in physiology or medicine in Stockholm.

The three researchers — two American and one from the United Kingdom — showed that the hepatitis that occurs after blood transfusions is caused by a virus, which is solely responsible for the liver disease. The World Health Organization says that an estimated 71 million people have chronic hepatitis C virus infection, and new anti-viral drugs mean that the disease can now be cured.

Although the discoveries made by the trio are welcome, the winners themselves fit a familiar trend that has been part of the scientific Nobel Prizes since they were first awarded in 1901 — they overwhelmingly have gone to men, especially white men.

Critics say this reinforces potent stereotypes about who does the "best" science, and that the secretive, by-invitation-only nomination process for the Nobels means it is unclear if women and minorities are even getting a fair shot at the honor.

Meanwhile, in physics, of the 213 people who have won, only three — fewer than 2% — have gone to women. And only five women have ever won the prize in chemistry.

That's why in 2018, when Donna Strickland won in physics and Frances Arnold won in chemistry, it was considered a banner year for female Nobel Prize winners.

All the attention given to women that year prompted Winston Morgan, a researcher at the University of East London, to check whether any Black scientist had ever won a Nobel Prize for science.

He couldn't find one.

Asked about the racial diversity of winners, including whether any Black scientist had ever won in the sciences, a representative of the Nobel organizations replied: "We do not have that kind of statistics."

If a Black scientist or physician won a Nobel Prize, says Morgan, the effect would be profound. It would create "lots of optimism, both within the Black community and wider," he says.

"Because whenever you have someone doing something like that, it's not only important for ... the people from the community that they've come from, but also from others so they can actually see that someone could achieve at that level," Morgan says, adding: "If we had a Black Nobel laureate in science, it would ... change certain narratives."

When he was a student, Morgan notes, he didn't think about the social process that led to certain people winning the Nobel Prizes—he just thought the award represented someone who had achieved scientific greatness.

However, now he understands that the awards typically go to folks who have achieved a body of work, usually in academia, over the course of years. And all of that is harder for non-white scientists to accomplish, he says, when there are constant "push backs" from gatekeepers who tend to offer opportunities to those researchers who look like themselves or who fit their expectations of who does good science.

"You don't get access to those privileges that will enable you to get a Nobel Prize, because no one can see that happening," Morgan says.

Research shows that typically, two or more decades can pass between a scientist's award-winning work and the actual prize.

Liselotte Jauffred, a researcher at the Niels Bohr Institute in Copenhagen, recently went back and looked at gender ratios in the sciences, to see if the lack of female representation in the Nobel Prizes is simply a reflection of the gender ratios that existed years ago in scientific fields such as chemistry and physics.

"And it turns out that it's not at all like that," says Jauffred, who explains that even given the historic gender ratios, women are strongly under-represented when it comes to receiving Nobel Prizes.

In the last 20 years, about as many women got a Nobel Prize in science as women did in the first century of these prizes, she says. "We are very, very slowly progressing in the right direction," says Jauffred. "I think that there are many, many good women that could get the Nobel Prize."

Representatives of the Nobel organizations have said in recent years that they are trying to increase the number of women and the racial diversity of candidates who get nominated, by, for example, including more women among those invited to submit nominations.

But Jauffred notes that the nominations are still kept confidential, so it's impossible to know how many women actually get considered.

"I think it's a little old fashioned that that is still kept secret," she says.

Besides racial and gender biases, there are other clear trends when it comes to who gets awarded the Nobel Prizes.

The United States tends to dominate in the sciences, for example, and some U.S. universities stand out, such as Harvard University.

The Nobel Prizes also can be shared by a maximum of only three people, even though some discoveries involve hundreds or even thousands of contributors. The prizes are also not supposed to be awarded posthumously.

Despite their limitations, the Nobel Prizes do draw a lot of public attention to science and remind people that basic research can profoundly benefit society.

"I think it's still a good thing. We're always going to have prizes and awards. And this is the one that everyone looks to," Morgan says.

For a career in the sciences, he says, "the Nobel Prize is the icing on the cake. But it's really a reflection on society and the inequalities in society. And to me, that's the more important thing."

"I don't think the problems overwhelm the good," agrees Jauffred, who notes that the prizes are an important moment each year for scientific outreach to the general public. But she notes that the Nobel Prizes are like "a canary in the coal mine" that reveal the biases that still exist in the sciences.

This episode was produced by Brit Hanson, fact-checked by Ariela Zebede and edited by Geoff Brumfiel.