Accessibility links
Review: 'Emily In Paris' Darren Star, who created Younger and Sex And The City, has a new show on Netflix about a young woman who heads to France for the job of her dreams. 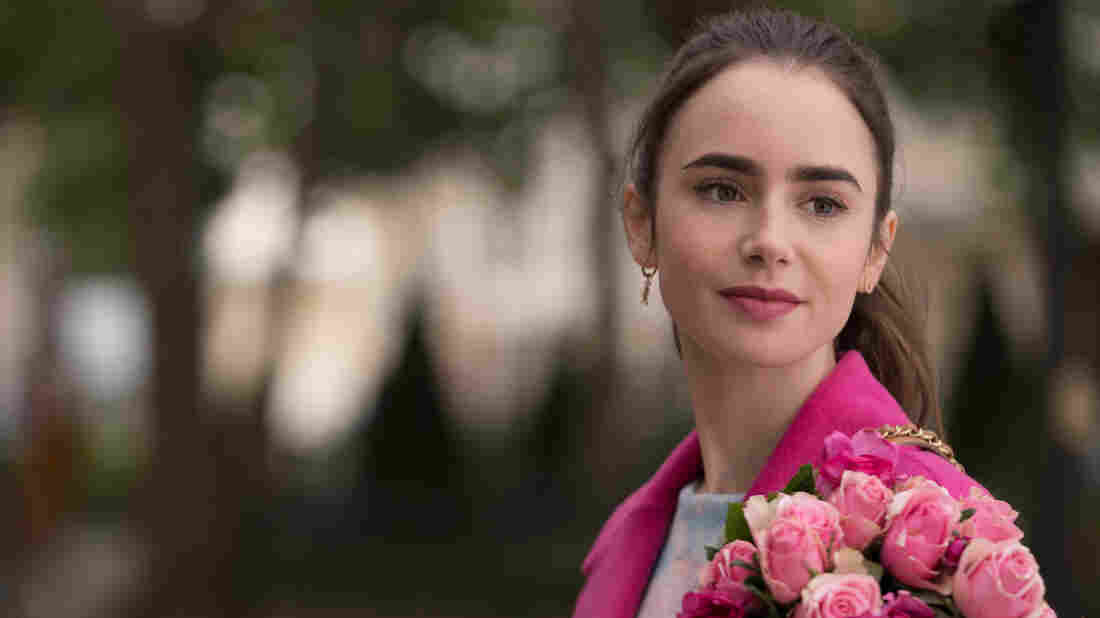 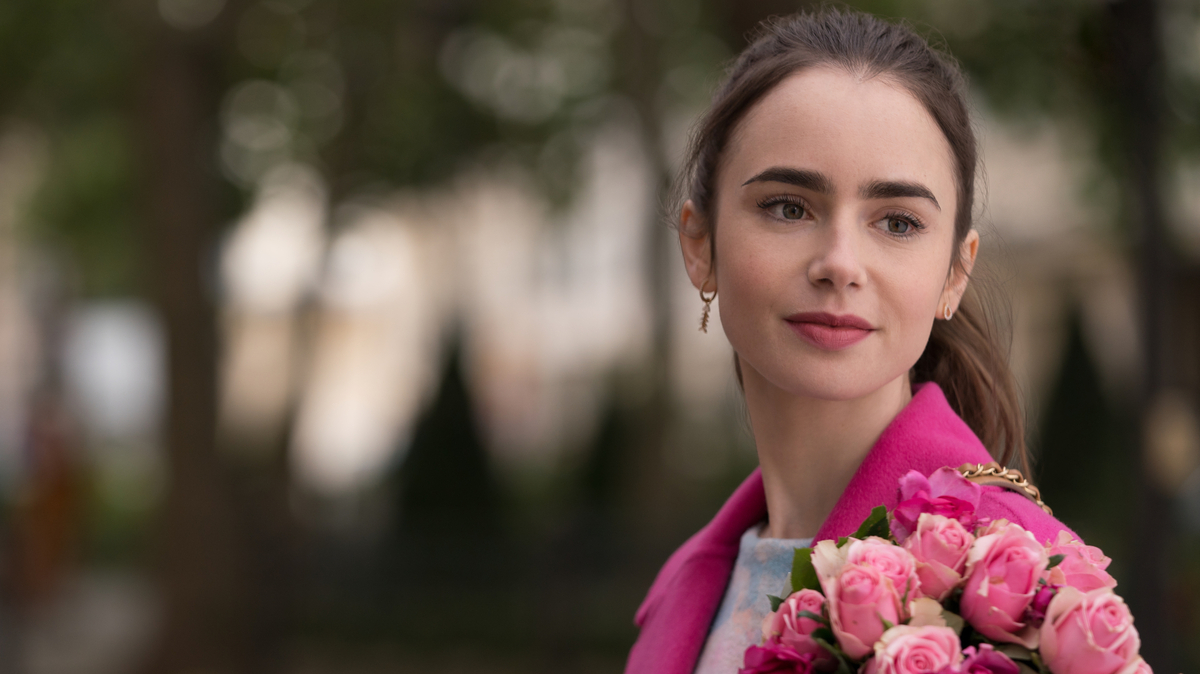 The question that may determine whether you enjoy Netflix's new comedy-drama series Emily In Paris is this: Do you think Americans who take jobs in France and want the respect of their co-workers should probably be able to speak French?

Emily (Lily Collins) cannot speak French. She is an American who, when the boss at her marketing firm (played by Kate Walsh in what Kate Walsh fans intrigued by the marketing should understand is a cameo) unexpectedly has to bow out of a transfer to Paris to help with the acquisition of a new French subsidiary, steps in to be the American in Paris. The people in the Paris office find it a little obnoxious that the woman specifically sent to be the liaison between the French staff and their new American partners doesn't speak the language.

The protagonist of questionable merit isn't really a surprise here. Emily In Paris comes from Darren Star, who's been creating these light serialized com-drams for a long time. His TV career goes back to creating Beverly Hills, 90210 and Sex and the City. More recently, though, he created TV Land's Younger, which is the most obvious sibling of Emily. Like Younger, this is a story about a pretty and energetic woman trying to navigate a job she feels like she might not be ready for, and gradually winning everyone over with her charm. Star treats marketing approximately the way he treated book publishing — a chance to have your heroine collide with quirky and demanding people, and a backdrop for stories about social media and new media. Somehow, this heroine just gets it. And if people doubt her at the beginning, they won't for long.

The trick is that in a plucky-protagonist show, even one with Star's characteristic love-and-hate-her charms, you still have to give people a reason why they are rooting for this particular person. Sutton Foster, who stars in Younger, can play Liza with a touch of an underdog spirit, because she comes with a natural vulnerability — she's lying about her age. Emily, on the other hand, is just a pretty American who doesn't speak the language of the country where she's now working, and who doesn't seem to take at all seriously the idea that she should try.

Instead, everyone speaks English to her: the aggravated boss of the Paris office, Sylvie (Philippine Leroy-Bealieu); the hot guy who lives downstairs, Gabriel (Lucas Bravo); her friend Mindy (Ashley Park); and the bitchy co-workers who don't think she's adorable, Julien and Luc (Samuel Arnold and Bruno Gouery). Naturally, at least some of these people find her helplessness rather tiresome. Can you blame them? And so, using her misfit status — which is her own doing — as the ingredient that's supposed to make her seem rootable is a little ... wonky. (I am, forever, Team Sylvie in many ways.)

But in spite of its flaws, the show gets away with this strategy of telling rather than showing that you should root for Emily perhaps more than it deserves to. Collins is an appealingly fizzy lead, and a hot French neighbor is a good thing, and in the interests of being honest about the critic as a viewer, what happened is what happened: I binged this show all the way through, and I had a lot of fun watching it. It's very pretty to look at, and it has swerves that will feel familiar to viewers of Star's more recent work. Nothing felt surprising, but it was a low-stakes, soapy, comfortable good time. A good way to spend a couple of afternoons. It is what you think it is, for the most part.

There's a larger story here, in that there is something a little depressing about the glut of Netflix original content that feels like it's ... fine. It's okay. It's watchable — it's certainly pandemic-watchable. It's got pretty people, it's got good visuals (in this case, the beautiful sights of Paris, where the show was made, and costumes from Patricia Field and Marylin Fitoussi). Interestingly, Emily wasn't made for Netflix — it was made for the Paramount Network, which then kicked it over to Netflix this summer. Because Netflix is increasingly just the place where you put a lot of stuff, and you see how it does, and if nobody cares: oh well. The streamer also gave us the perfectly okay astronaut drama Away from Jason Katims recently, and the beautiful but unsatisfying Ratched. It's not that there aren't bright spots, but there's also just so much that feels uninspired. Netflix started its original programming with things like Orange Is The New Black — things that seemed like they weren't happening everywhere. But now that they have your attention, they're using it in many cases to go back to making (or showing) the same stuff you could have watched on basic cable 20 years ago.

But this level of sheer consolidation — you can argue Netflix really has no true competitors right now — seems kind of bleak if it's going to unfurl perfectly okay television, hour after hour, from now until infinity.

It's not fair to lay all this at the feet of this show, though. You've seen the beautiful young white woman everyone can't resist for reasons best summed up as "citation needed" before; you'll see her again. I can't tell you not to watch this; I watched it! I enjoyed it! A B-plus is a good grade! And there's no denying it: Paris sure is pretty.