Accessibility links
House Votes To Condemn QAnon Conspiracy Theory: 'It's A Sick Cult' The bipartisan resolution has no force of law but puts the House on record for the first time condemning QAnon and rejecting the conspiracy theory the fringe movement promotes. 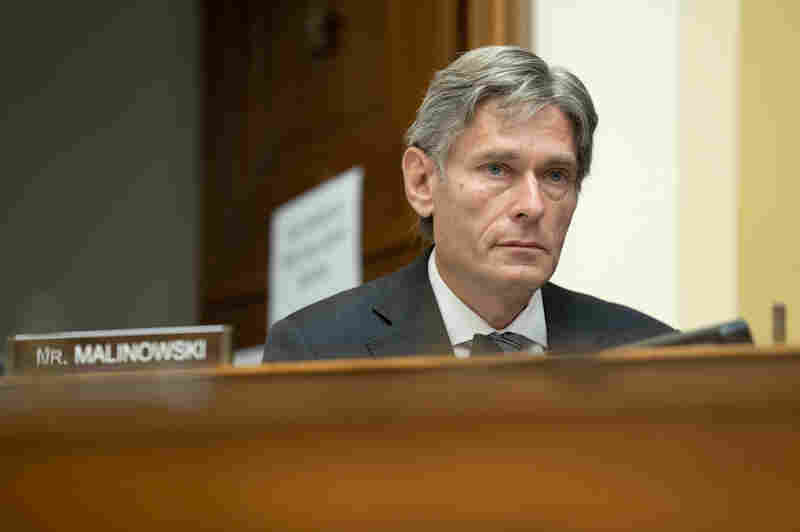 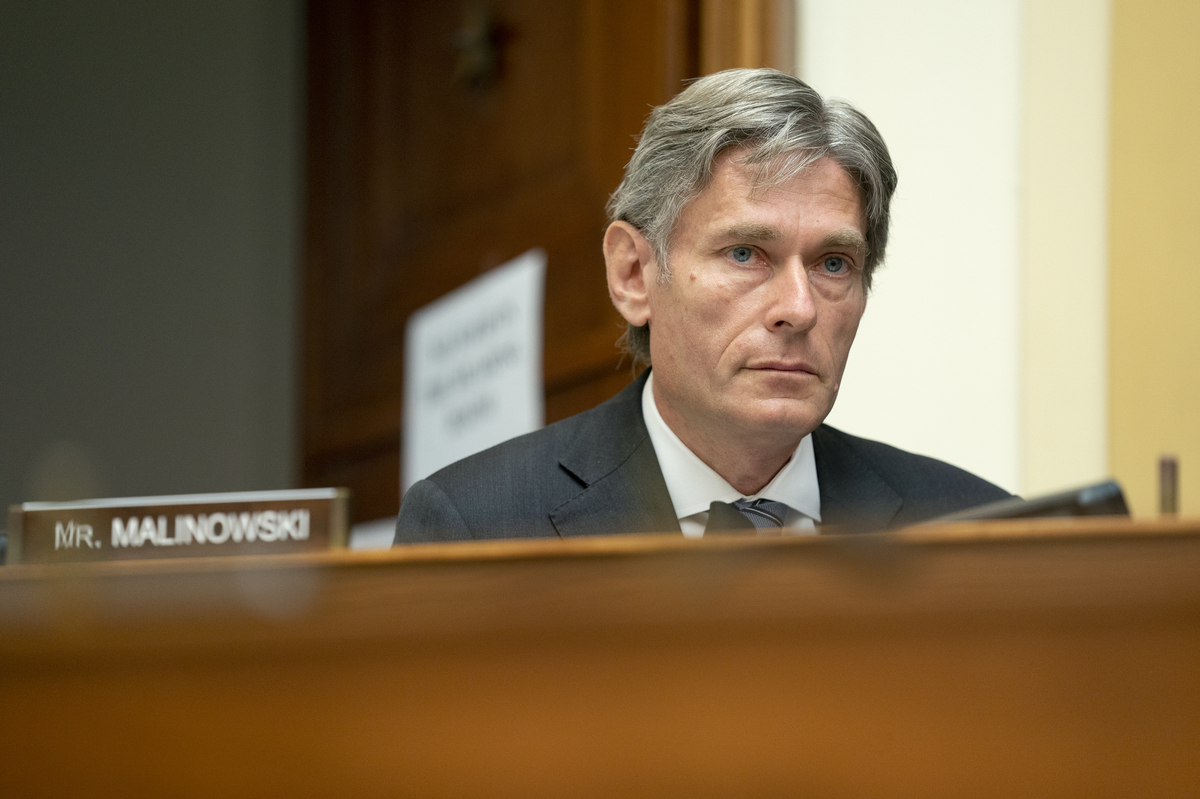 Rep. Tom Malinowski, D-N.J., is the lead sponsor of a House resolution condemning QAnon and the conspiracy theories it promotes.

The House overwhelmingly approved a resolution condemning QAnon, the fringe movement that promotes wide-ranging conspiracies about the U.S. government and yet has enjoyed a rising tide inside conservative politics in part because of tacit encouragement from President Trump.

The measure passed 371-18, with one GOP member voting present.

QAnon is a "collective delusion," said House Rules Chairman Jim McGovern, D-Mass., "We all must call it what it is: a sick cult."

The resolution was sponsored by Rep. Tom Malinowski, a Democrat running for reelection in a competitive New Jersey race, who has been repeatedly and inaccurately accused by the House Republicans' official campaign operation of lobbying on behalf of sexual predators. Malinowski told BuzzFeed those attacks have made him the target of death threats by QAnon believers because a central tenet of the conspiracy involves global sex trafficking rings. "I think they knew exactly what they were doing. They knew they were playing with fire," he said.

The QAnon conspiracy theories trace back to late 2017, when an anonymous person or persons name "Q" began posting on message boards claiming to possess a security clearance and evidence of a number of global criminal conspiracies, many involving top U.S. political leaders.

QAnon followers have grown exponentially in the past three years, popularized in online conservative political circles because much of the QAnon conspiracy focuses on prominent Democrats as the source of deep-rooted corruption and criminal activity, and that President Trump is the hidden hero trying to expose it all.

Trump has fueled the movement by retweeting QAnon accounts and speaking favorably of its adherents, but the resolution did not name the president.

QAnon adherents have been linked to violence or attempted violence, including the April arrest of an Illinois woman who traveled to New York and threatened to kill former Vice President Joe Biden, the 2020 Democratic nominee.

The movement has also inched closer to elective politics. The liberal advocacy group Media Matters for America tracked 81 congressional candidates, 24 of which qualified to appear on the ballot in 2020, who explicitly endorsed or promoted QAnon views. Of those candidates 22 are Republicans, and most are long shots who stand little to no chance of winning come November.

However, at least one QAnon sympathizer is expected to serve in the next Congress. Georgia Republican Marjorie Taylor Greene is favored to win the heavily conservative 14th congressional district. She has embraced QAnon views in social media posts and videos, and Trump has endorsed her in the race.

The resolution was co-sponsored by three Republicans, Reps. Brian Fitzpatrick of Pennsylvania, Adam Kinzinger of Illinois and Denver Riggleman of Virginia. Kinzinger has been publicly calling on political leaders, including those in his party, to more forcefully denounce the QAnon movement.

Many Republicans supported the resolution, but still some argued that Democrats were making it a political issue because it did not also call out antifa, a left-wing fringe political movement.

"At the outset, let me be clear, Republicans are concerned with and do not embrace QAnon," said Rep. Debbie Lesko, R-Ariz. "It is a serious issue and Republicans don't discriminate on which dangerous organizations or groups we take seriously. We don't just condemn groups because it's politically convenient, because unlike many of our colleagues across the aisle, we also take the threat of antifa seriously."

However, the resolution did broadly condemn all fringe conspiracy movements, stating the House "condemns all other groups and ideologies, from the far left to the far right, that contribute to the spread of unfounded conspiracy theories and that encourage Americans to destroy public and private property and attack law enforcement officers."