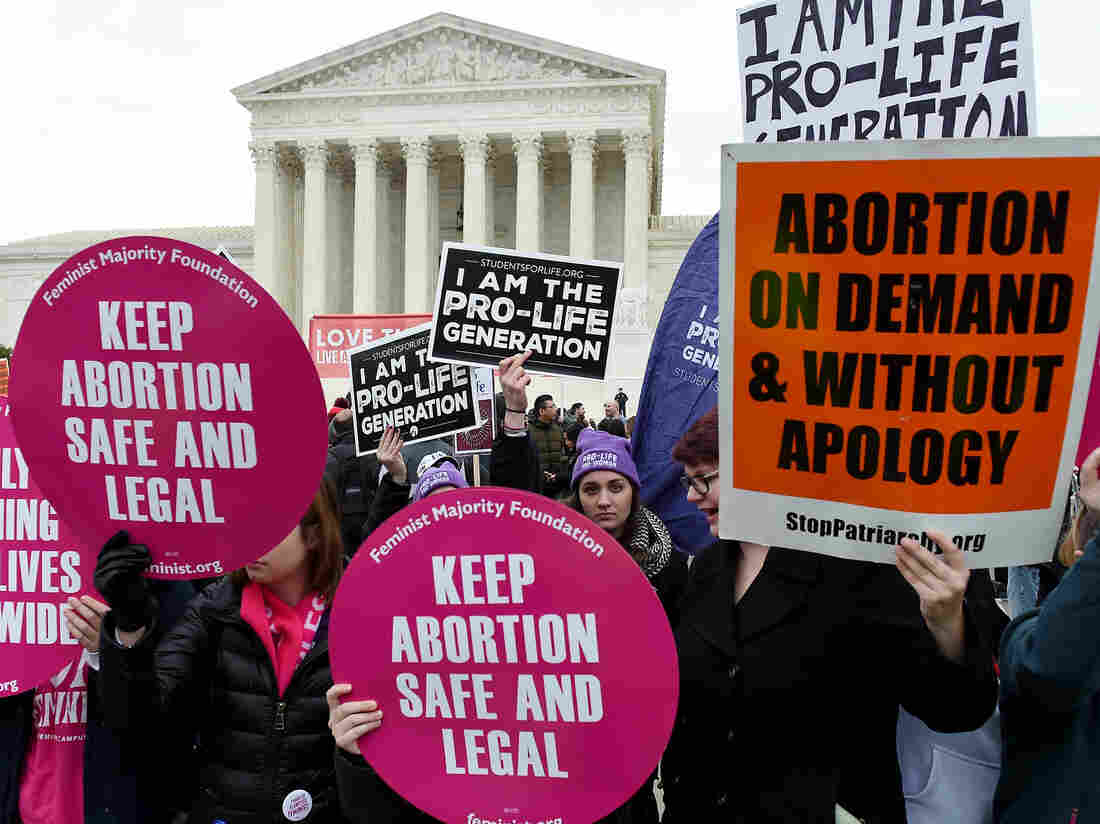 Activists on opposite sides of the abortion debate demonstrate in front of the Supreme Court during the annual anti-abortion-rights event known as the March for Life, on Jan. 24 in Washington, D.C. Olivier Douliery/AFP via Getty Images hide caption 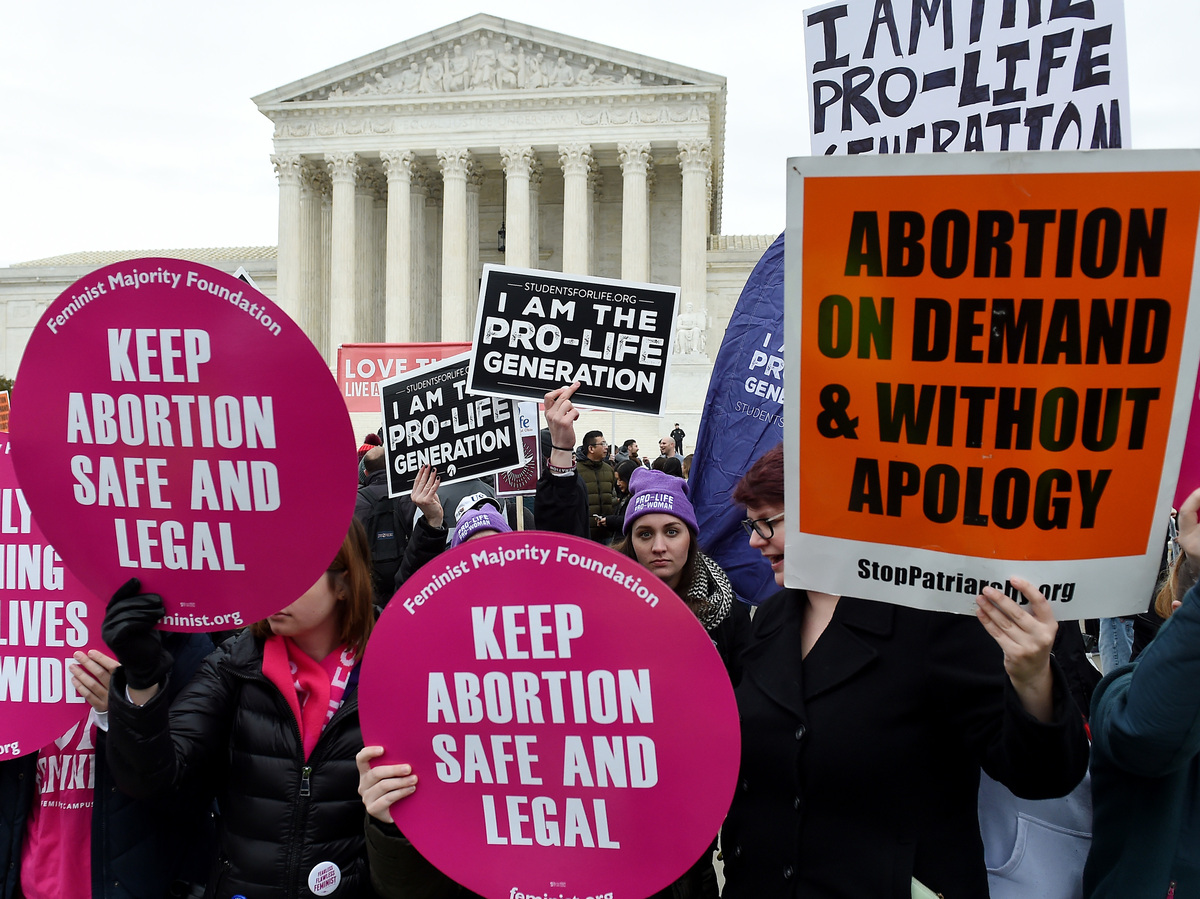 Activists on opposite sides of the abortion debate demonstrate in front of the Supreme Court during the annual anti-abortion-rights event known as the March for Life, on Jan. 24 in Washington, D.C.

States led by officials supportive of abortion rights are preparing for a world without Roe v. Wade. If the 1973 decision that legalized abortion nationwide is overturned by an increasingly conservative Supreme Court, regulation of abortion would fall to state lawmakers.

"I hope to God that doesn't happen, but we don't want to take a chance that it could happen," New Jersey Gov. Phil Murphy said in an interview with NPR on Thursday.

Murphy, a Democrat, will unveil legislation alongside other state officials and reproductive rights advocates on Friday that's designed to codify Roe into state law and expand access to abortion services.

Groups on opposite sides of the abortion debate have long had their eyes on state legislatures, particularly since the confirmation of Justice Brett Kavanaugh, Trump's second appointment to the Supreme Court. He replaced retiring Justice Anthony Kennedy — who often was the swing vote on abortion cases — and moved the court to the right.

In recent years, several states, including Illinois and New York, have passed laws designed to protect abortion rights regardless of potential changes to Supreme Court precedent. At the same time, multiple states with conservative legislatures have pushed in the other direction, with states including Alabama and Georgia passing laws aimed at banning abortion during the first trimester — laws that have been blocked from taking effect and are working their way through the court system.

In addition to guaranteeing the right to an abortion in state law, a spokesman for Murphy says the New Jersey proposal would remove some restrictions on abortion that advocates say are medically unnecessary; require most private health insurers to cover abortion; and allow a wider range of health care providers, including physician assistants, certified midwives and other advanced-practice nurses, to administer abortions.

Kaitlyn Wojtowicz, vice president of public affairs at Planned Parenthood Action Fund of New Jersey, said the goal is to preserve abortion access for both New Jersey residents and potential patients from other states.

"We do know that there could be a future where New Jersey is the state where folks may travel to [for abortions]," she said. "We just want to make sure that we're protecting folks in New Jersey and ... standing up and being a leader as other states are racing to put abortion out of reach for so many folks."

Opponents of abortion rights also have been preparing for a fight over the issue in state legislatures. In a recent interview with NPR, Marjorie Dannenfelser of the Susan B. Anthony List, an influential group that has worked to elect Republican U.S. senators and confirm Trump's conservative judicial nominees, said she'd like to see legislation at the state and federal levels restricting abortion.

In that interview soon after Ginsburg's death, Dannenfelser said she hopes the Supreme Court will make room for state legislatures to ban abortion as early as the first trimester.

"If abortion is the taking of a human life, the more ambitious they are the better," Dannenfelser said at the time.

Confirmation hearings for Barrett are expected to begin in mid-October, and Senate Majority Leader Mitch McConnell has vowed to push her confirmation through as quickly as possible.