Accessibility links
'Song Exploder' Review: You Won't Hear This Music The Same Way Again A four-part limited series version of the Song Exploder podcast debuts on Netflix Friday. The series examines the creative process behind one song each episode. 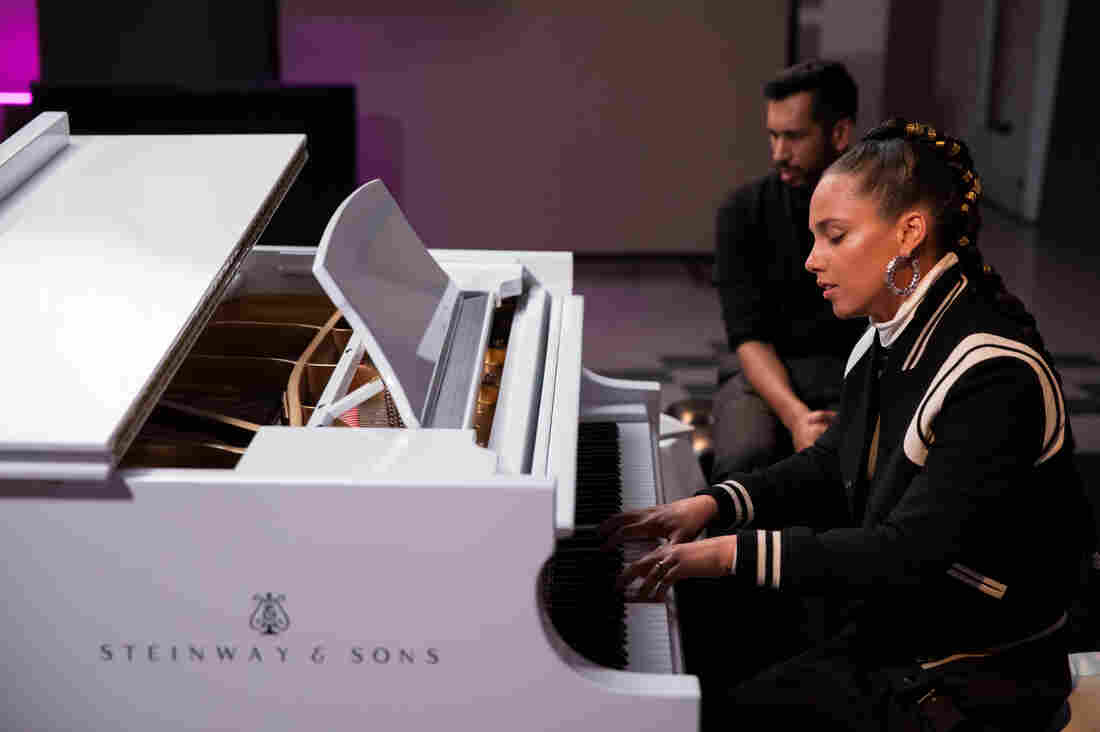 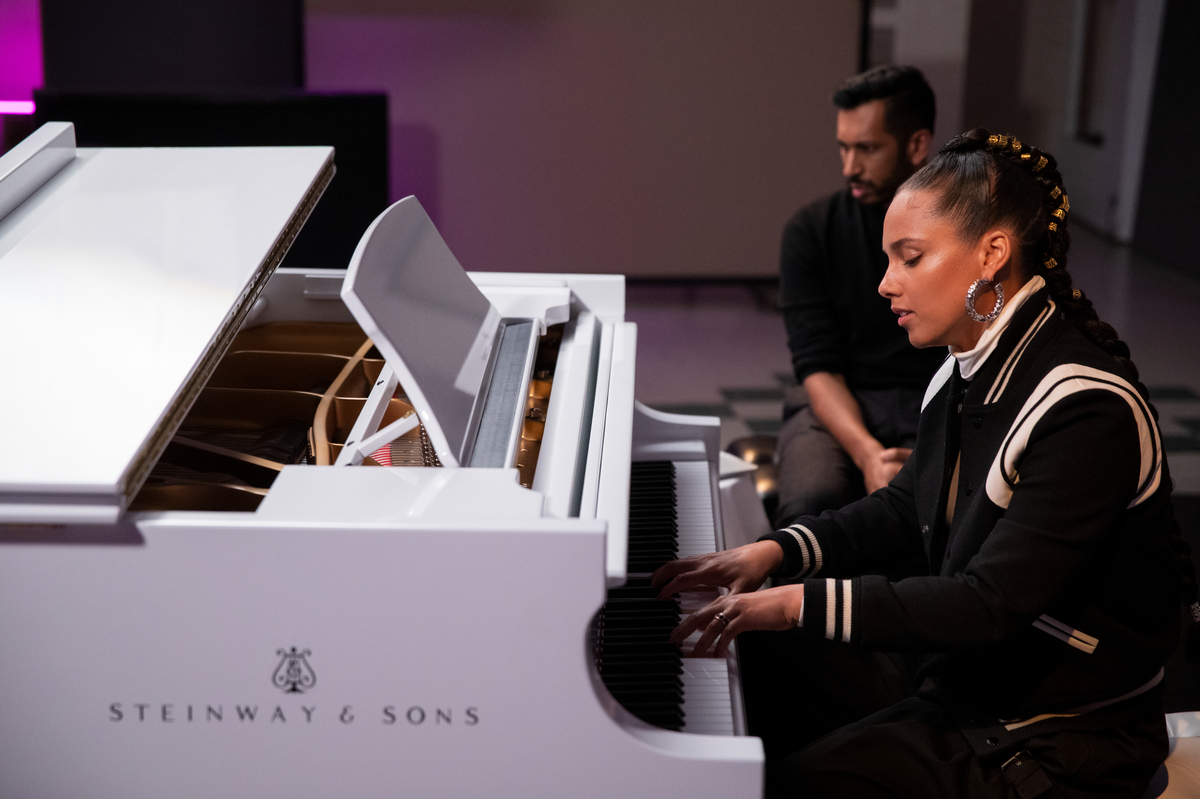 Alicia Keys and Hrishikesh Hirway in Song Exploder on Netflix.

Big headphones are a must before diving into Song Exploder, the four-part Netflix documentary series based on the podcast of the same name. Hosted by musician and podcaster Hrishikesh Hirway and directed by filmmakers Morgan Neville and Nicola B. Marsh, Song Exploder tells the story of a song from beginning to end. In just under a half-hour, musicians take the audience through the process of writing, composing, performing, recording and releasing a song. Music fans get a glimpse into the making of a song, and see how much care is placed into every decision that ends up on the final cut.

The series is highly-cinematic, aiming more to tell the emotional story of each song than digging too deeply into the finer details of production or the trivialities of recording. Fans of each artist will no doubt learn something new about each track and its maker's creative process, but the episodes also serve as a good introduction for new listeners.

With just four episodes, selecting the artists to interview was no doubt a challenge, especially when trying to represent a wide spectrum of creative methods. For this limited-run, Alicia Keys, Lin-Manuel Miranda, R.E.M., and Ty Dolla $ign are the featured guests, with cameos from their many collaborators like Sampha, Brandy, Blaq Tuxedo, and Alex Lacamoire. While Keys' episode has a cool subtlety, Miranda's is bright and dramatic, and Ty Dolla $ign's is more goofy, with animation thrown into the footage.

R.E.M.'s episode stands apart from the rest, not telling the story of a recent track, but rather their biggest hit, "Losing My Religion." The interview leans on their recollection of the era, plus archival footage to give a glimpse into the song's recording and release in 1991. It plays more like an episode of VH1's Behind the Music, with less drama but equal self-importance. Still, you'll see some vulnerability in the group, especially when given a moment to talk less about their experiences, and more into their sense of wonderment that this song came into being and connected with so many people for entirely different reasons.

In contrast to the podcast, where Hirway edits his half of the interview out, the Netflix show makes his presence known, adding a welcome through-line to the series. As a host, he's warm and friendly, and attentive to the guests. He brings this out most in the final episode, where he's given a little more screen time and has no trouble navigating between light-hearted discussion and getting into the nitty-gritty of the recording process (plus, he has just the smoothest voice).

You can also see that Hirway really is a huge nerd for audio, oftentimes smiling while pointing out the Easter eggs hidden in the raw stems (the original recorded audio of each instrument or vocal track). And each time an instrument is brought up, instead of just hearing about it, we get a quick demo of gadgets like the talk box or the flexatone.

With a director like Morgan Neville (20 Feet from Stardom, Won't You Be My Neighbor?), it can feel overly produced. The glamor shots of musicians looking contemplative, in particular, are a little heavy-handed. But that dramatization is cut by small moments of levity, like Michael Stipe of R.E.M. being thrown by his isolated vocals on "Losing My Religion," or by Ty Dolla $ign joking that "someone's getting fired" when he realizes that Hirway has the original files for his song "LA."

Adapted to a visual medium, the series can take the audience to where the music was made — inside the studio, in the writer's room, behind the piano — and showcase the musicians' personalities in a whole new way. Alicia Keys is focused and decisive in the first episode, and works well off her more bashful collaborator Sampha. Meanwhile, Lin-Manuel Miranda seems to revel in the spotlight, performing just as much in front of a camera as he does on stage.

Listeners can often forget that there is an entire universe behind a track. They fall into the belief that musicians have a preternatural talent, or that creativity just flows out of them. But really, it's a ceaseless grind from before there even is a song, to when it goes out into the world. What Song Exploder shows is that it's a labor of love, above all.

These four Netflix episodes work great as a proof-of-concept, the only caveat being that it is not an ideal medium for discovering new music. Still, for those who have heard these songs before, it is certain that they will never hear them the same way again.