Accessibility links
Linda Ronstadt, A Hispanic Heritage 'Legend,' On Staying Connected Ahead of a Hispanic Heritage Awards ceremony where she's set to receive her latest honor in a career full of them, Ronstadt shares a few thoughts on identity with Lulu Garcia-Navarro. 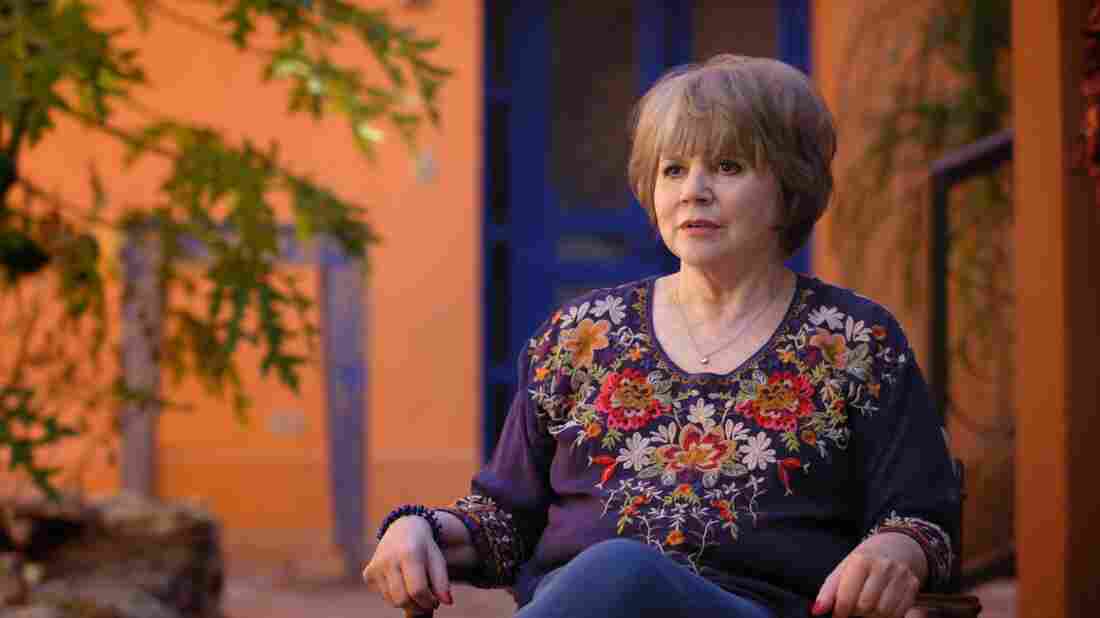 Linda Ronstadt in the documentary Linda and the Mockingbirds. Ronstadt is set to be honored in the Legend category by the Hispanic Heritage Awards. PCH Films hide caption 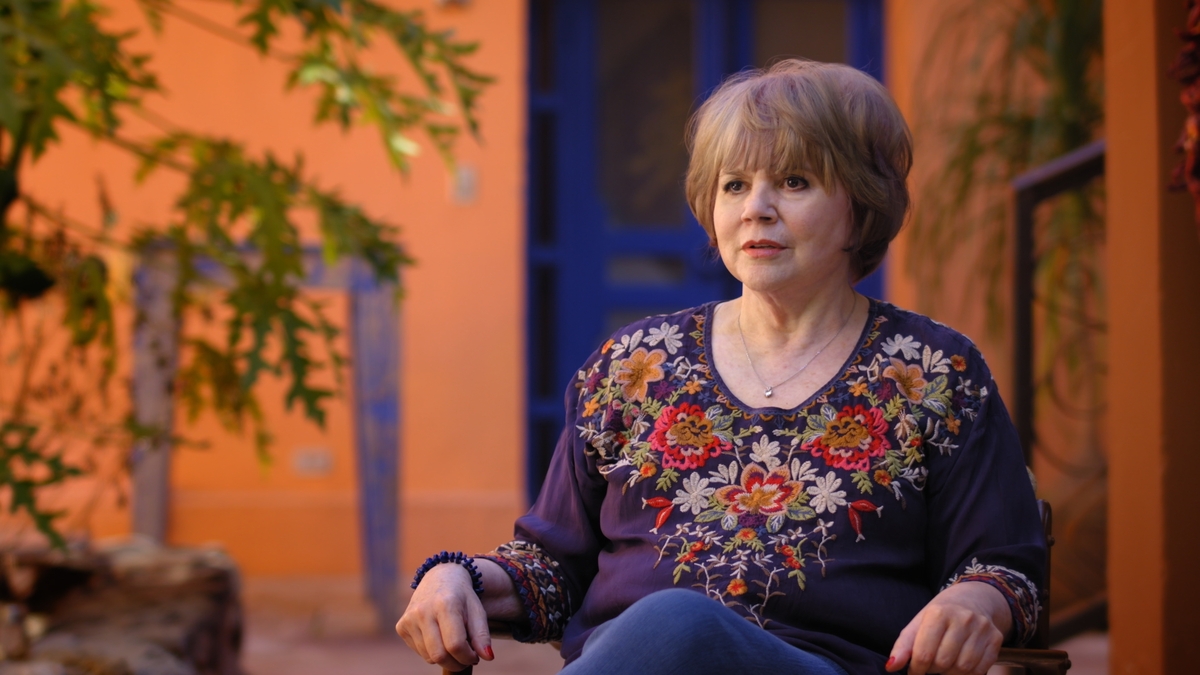 Linda Ronstadt in the documentary Linda and the Mockingbirds. Ronstadt is set to be honored in the Legend category by the Hispanic Heritage Awards.

Linda Ronstadt — the chart-topping, Grammy- and Emmy-winning Rock & Roll Hall of Famer — is due to be honored again this week. This time, she'll receive a Hispanic Heritage Award, in recognition both of her pop music and her smash-hit mariachi albums. Ahead of the virtual ceremony, which will be broadcast by PBS on Oct. 6, she joined NPR's Lulu Garcia-Navarro to talk about the role of her Mexican-American identity in her career and what music she's been listening to lately. Hear their conversation at the audio link, and read on for an edited transcript.

Lulu Garcia-Navarro: A lot people didn't realize that you have roots in Mexico until you released your mariachi albums in the late 1980s. How much of an influence did those roots have on your singing?

Tremendous. The singer that had the most influence on my singing style was Lola Beltrán, who is sort of the Piaf of Mexico. You know, Mexican culture is often so taken for granted it's sort of invisible in the United States — it's hard to get through that screen. It wasn't anything that I hid, but it was not as acknowledged as whatever else they were acknowledging.

It's now been seven years since you announced that you had Parkinson's, but you've been busy lately. You're featured in an upcoming documentary called Linda and the Mockingbirds.

I had planned to take this trip with this cultural group that I work with called Los Cenzontles. They teach young children from the ages of 6 to 19 how to play traditional Mexican music, how to play the instruments, sing and dance, and they also teach visual art. It's one of the most exciting things I've ever been involved with; I've been working with them for almost 30 years now. They teach children to play music, not to be in performing fields but to use it socially, to express their emotions and to communicate with each other. And the kids that come out of that program have a much better chance of finishing high school, there's fewer teen pregnancies, more people go to college and finish. Some of them turn out to be really great professional musicians, [but] that's not the goal. The goal is to teach them how to have tools to socialize in a way that connects back to their original culture with pride and dignity.

We had a film crew going with us to Mexico, because they were trying to get the end of [a different] documentary they were making about me. Somebody else, I guess, was cooperating with it and they wanted to have an interview. And I said, "If you want an interview, you have to come to Mexico and interview me there." I figured it would be more fun to do that than sit in my living room and be a talking head.

You've been working with that group for about 30 years. Why is it so important for you to connect with your heritage in that way?

Well, I grew up in the Sonoran Desert, which is an area that exists on both sides of the border. In fact, my family was in that part of the world before this was a country, so to say that we're newcomers is a bit of a stretch. Even here in California, my family came here in '70, '69. So, you know, I resent anybody saying, "Go back where you came from." It's been easier for me because I'm light-skinned and I have a German surname, so I'm sort of a secret Mexican-American. Some people don't realize who they're talking to, and they start making racist remarks.

Has that happened to you?

Oh, yeah. To my father too. He'd be at a cocktail party and somebody would start saying, "These Mexicans that come in here," ... or some ethnic slur. It's not a good thing to do to my dad.

How would he react?

You must have inherited some of his outspokenness. Last year, during a dinner for the Kennedy Center Honors, you very famously took Secretary of State Mike Pompeo to task for "enabling" President Trump. What happened after that? Were there any after-effects?

Chief Justice Roberts came to my box about the following night with Nancy Pelosi and was full of praise — not about that specific thing, but in general. And he sent me, then, an autographed picture of himself and the two of us together. So they couldn't have been too mad [laughs].

What music is getting you through this moment? You know, often in times of difficulty, people gravitate to certain types of music or particular songs that give them comfort. Do you have any of those?

I listen to opera a lot on YouTube. I love it because I can hear one soprano singing an aria from La Traviata, and then I can hear five other ones from different times, from Rosa Ponselle to Maria Callas to Anna Netrebko. It's fun to be able to compare them. But recently, I reinstalled my turntable and got my vinyl albums out, and I put on Pet Sounds by The Beach Boys. It was a revelation. Brian Wilson is a genius; I love his music. It cheered me up.

Do you have a big vinyl collection?

No, I have only about 10 records. I gave up all my vinyl when CDs became so ubiquitous, but I never thought they sounded as good as vinyl. So I just got a couple of vinyl pressings of some classic things that I like. Rubber Soul. Kind of Blue by Miles Davis, which is a perfect record. Blue by Joni Mitchell, which is another perfect record. Graceland by Paul Simon — all of his records are great, but I'm fond of that one because I sang on it.

Is it true you've discovered a new favorite of yours through NPR's Tiny Desk concert series?

Oh, the South Korean band! What are they called? SsingSsing, I love them!

They sound like traditional Korean singing, [mixed] with David Bowie, in a garage band. They're totally original; I love them.

Do you have a message for the Latino community at this time since, this is a Hispanic Heritage Award?

Well, keep your powder dry and keep fighting. You know, there's a lot of abuses by ICE in the jails, and the private prison corporations are taking advantage of the fact that they can lock people up for long periods of time with utter neglect. The fact that they're locking children up in cages and separating them from their families, it's just cruel beyond words. It's such a disgrace. People are in the streets rioting — not rioting but they're demonstrating in the streets. They have to keep demonstrating.