Accessibility links
Pennsylvania Republican Senator Pat Toomey To Retire, Triggering New 2022 Fight Toomey is leaving politics when his term ends. It triggers a new, major political battle for his seat in 2022. The news puts a key swing state seat up for grabs in the next midterm election. 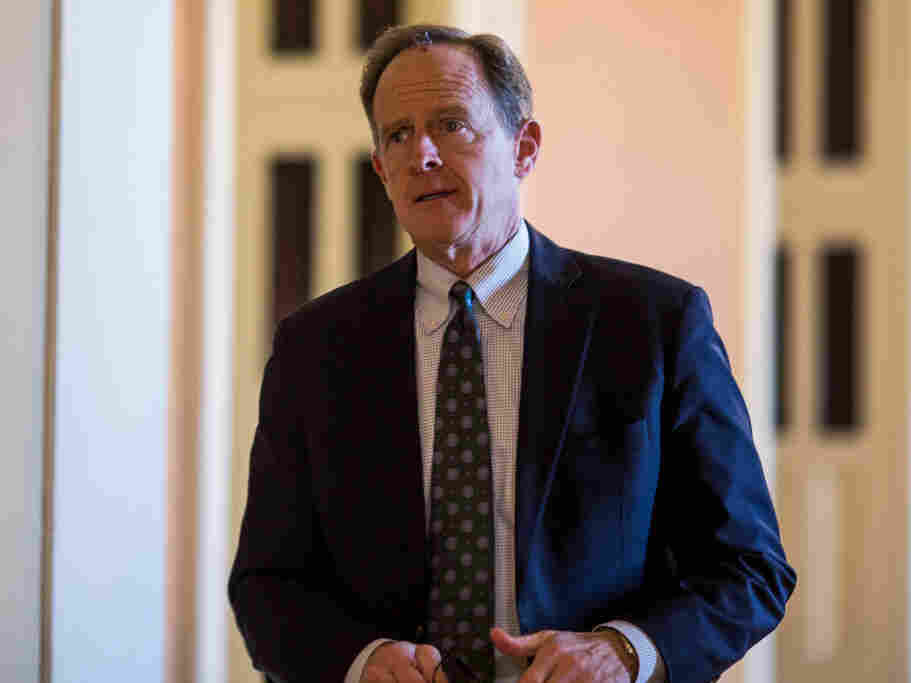 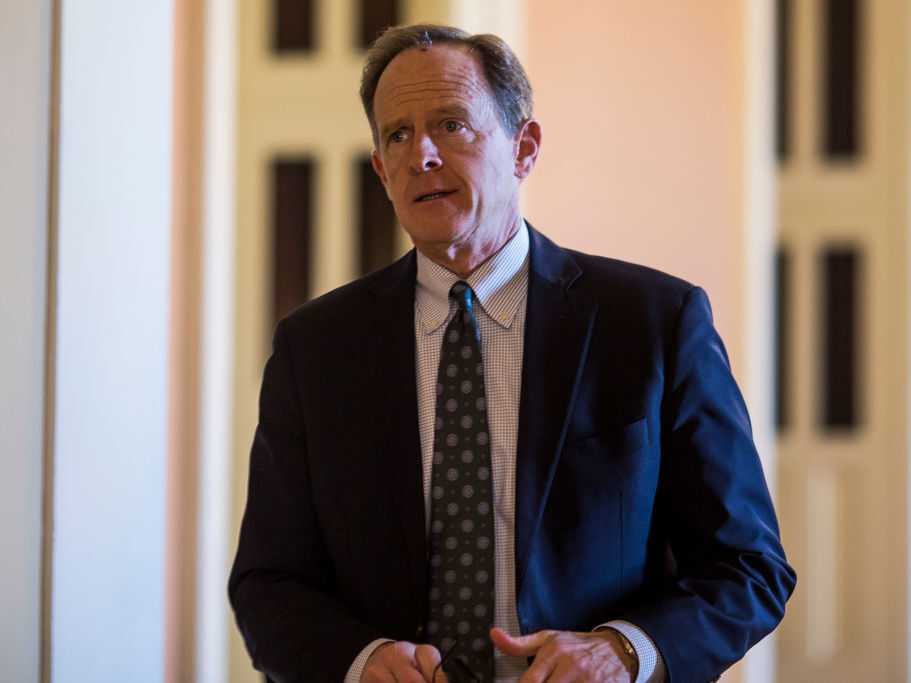 Sen. Pat Toomey. R-Pa., said he's returning to the private sector instead of running for reelection to his Senate seat.

Pennsylvania Republican Sen. Pat Toomey jolted a new political fight for 2022, announcing Monday that he'll retire from the Senate at the end of his current term and won't mount a bid to become the state's next governor.

The move sets up a battle for his competitive seat in the next midterm election in a state that is key to the 2020 presidential race. A wave of Republicans will be eyeing the chance to replace Toomey, while Democrats now have an opportunity to potentially gain another seat in two years in the currently GOP-controlled Senate. Aside from judges, Toomey is Pennsylvania's lone statewide-elected Republican.

Toomey had long been rumored to be the next candidate to run for governor. However, the state is evolving politically and has increasingly seen a growing shift in many pockets from red to blue.

He has faced a challenge balancing conservative supporters of President Trump and those who have said Toomey hasn't done enough to stand up to the president. Toomey noted on Monday that long ago he realized he was not "responsible for the president's Twitter feed."

"I work with this president on a regular basis. It's a very constructive working relationship and when I have disagreed with him — which I have — I haven't been bashful about saying so," he said, noting that Trump didn't play a role in his decision.

The longtime Republican lawmaker will have served 18 years in public office by 2022, calling his time representing his state "an extraordinary honor, by far the highlight of my professional life." Toomey said he made the decision in line with his long-held beliefs that politicians should adhere to term limits.

"I'm looking forward to more time back at home," Toomey said. "I have no specific plans, and I'm not going to spend time or energy thinking about what I'll do later until a good two years from now because I've got a lot of work still ahead of me."

Toomey served six years in the House beginning in 1999, followed by the start of two terms in the Senate in 2011. Toomey, a former financial services professional, lauded his past work on tax reform, regulatory relief and trade policy.

He is also chairman of the Senate Banking Committee and says he's optimistic he will remain so after November's election with the hopes that Republicans can retain control.

"My intention is to work as hard as I can possibly can," he said.

The announcement comes following a news report by the Philadelphia Inquirer late Sunday that Toomey would drop out of politics.

Toomey said President Trump's coronavirus infection and hospitalization also played no role in his decision. Instead, he said he wanted to be forthcoming as conversations were picking up around his plans for campaigning for 2022. He said once he made his decision he wanted to be candid with the public.

Toomey said he won't be reversing his plans, but when asked he was bullish on his chances if he were to stay in politics.

"I've been in five tough, competitive general elections ... I've won all five of them," he said. "I think if I decided to run, I would have won again."