Featured Tracks:
1. Maren Morris: "Better Than We Found It"
2. Palberta: "Before I Got Here" from Palberta 5000
3. Gulfer: "Nature Kids" from Gulfer
4. Purple Witch of Culver: "Trig"
5. Loudon Wainwright III: "You Rascal You" from I'd Rather Lead A Band
6. Sam Amidon: "Time Has Made A Change" from Sam Amidon 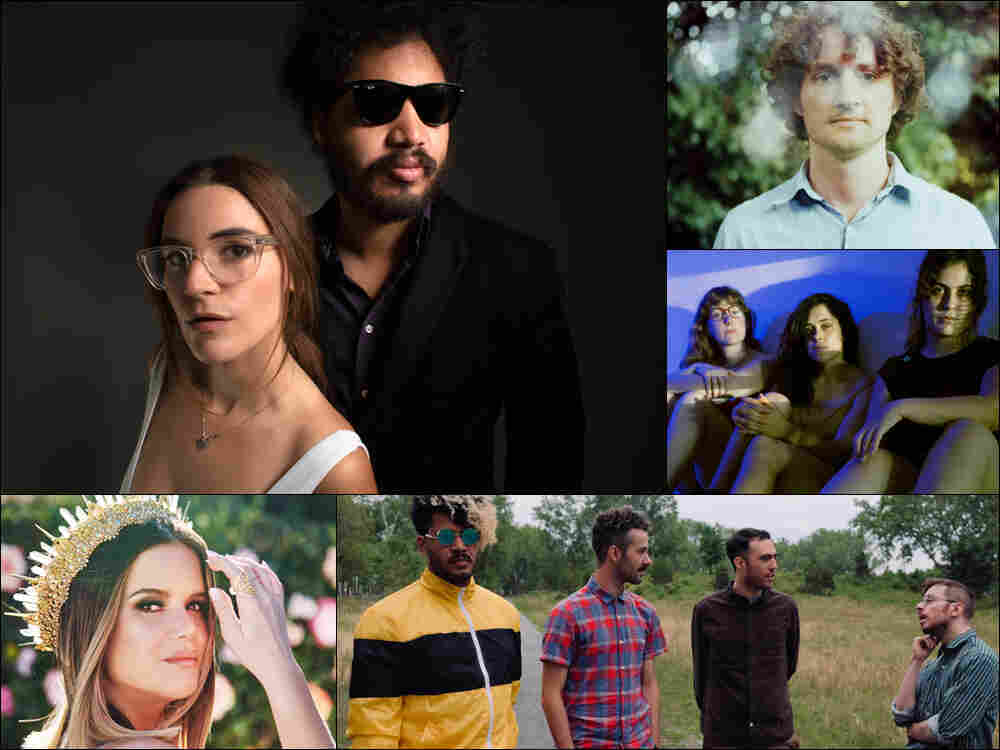 I begin this edition of All Songs Considered with Maren Morris and her song "Better Than We Found It." It asks us all to look at our actions in these days of injustice and to make sure they are actions you'll be proud of.

NPR Music's Marissa Lorusso joins me this week and brings a few tunes that play with momentum, first from the trio Palberta and then from the Montreal band Gulfer.

The second half of the show deals with songs that recall the past. Purple Witch of Culver, the duo of singer and saxophonist Sarah Safaie and multi-instrumentalist Evan Taylor, have a piece that had me thinking back to the lofts and clubs of New York. It's called "Trig" and is a poetic tune addressing the turbulent state of the world and the notion that we need to come together.

Loudon Wainwright III has new music based on songs from the roaring '20s and '30s he recorded with Vince Giordano and his band The Nighthawks.

And I close the show with the tune, "Time Has Made A Change," originally from the late '40s, that in the hands of Sam Amidon feels prescient. -- Bob Boilen

1. Maren Morris: "Better Than We Found It" (Single)

5. Loudon Wainwright III: "You Rascal You (I'll Be Glad When You're Dead)" from I'd Rather Lead A Band

6. Sam Amidon: "Time Has Made A Change" from Sam Amidon

Note: This song is available to hear only in the full episode, with the listen link at the top of the page. Sam Amidon's self-titled album will be released Oct. 23.