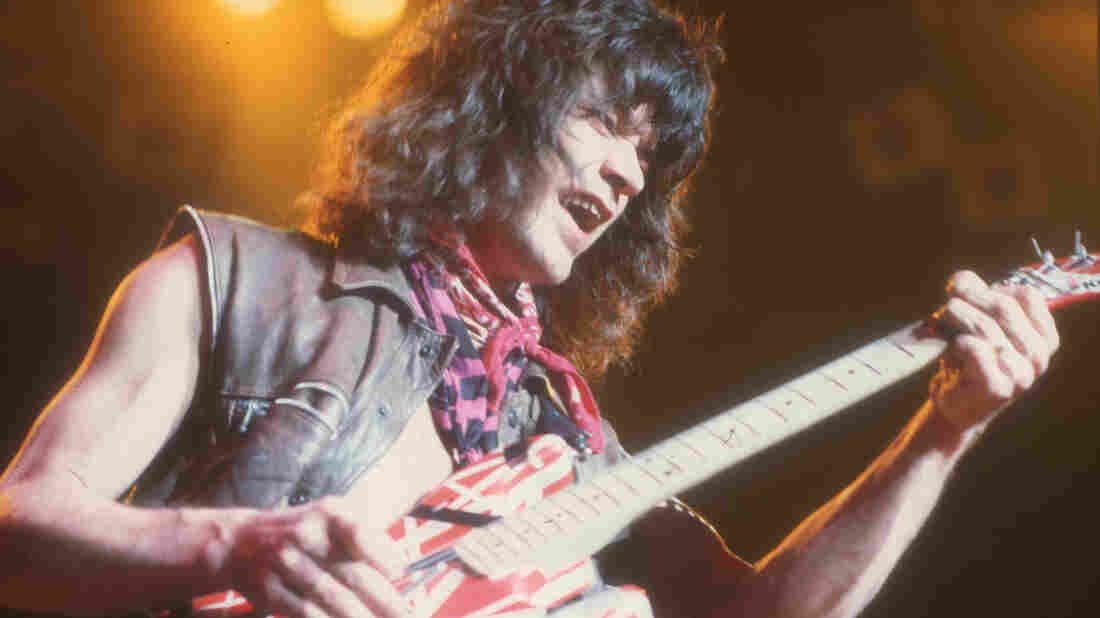 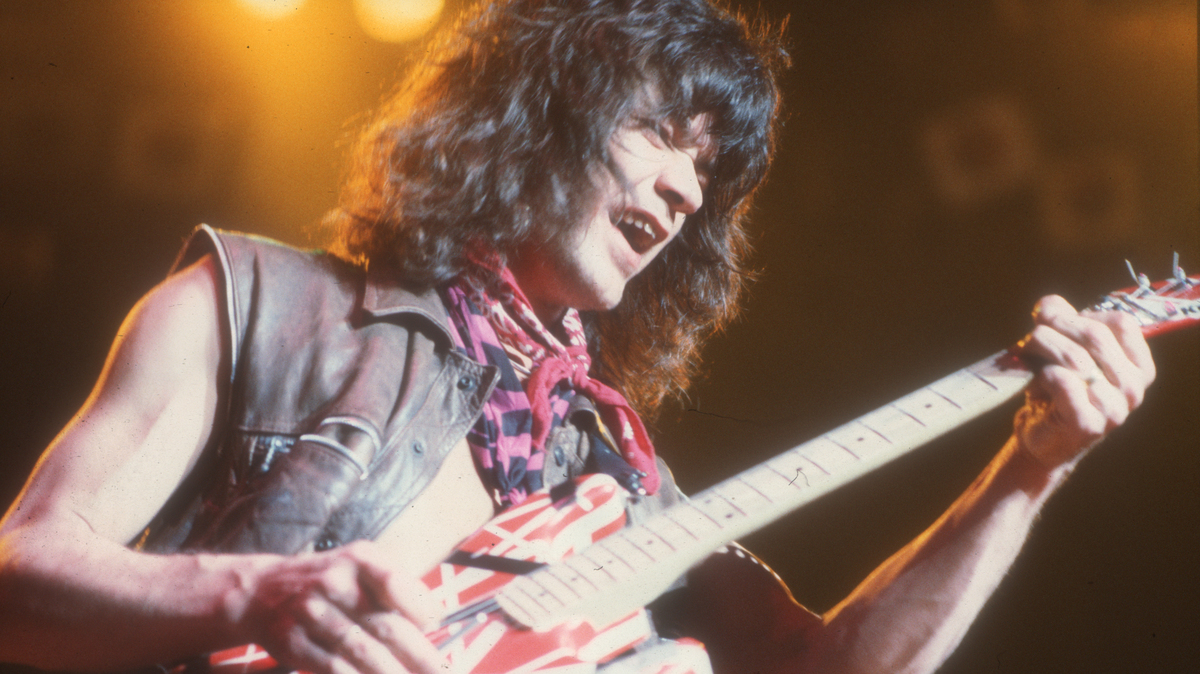 Eddie Van Halen, the guitarist and songwriter who helped give the rock band Van Halen its name and sound, died Tuesday after a battle with cancer. He was 65.

His death was announced by his son, Wolf Van Halen, on Twitter.

"I can't believe I'm having to write this," the statement said, "but my father, Edward Lodewijk Van Halen, has lost his long and arduous battle with cancer this morning. He was the best father I could ever ask for. Every moment I've shared with him on and off stage was a gift."

In a band known for its instability — due in part to a rotating cast of lead singers that most notably includes David Lee Roth and Sammy Hagar — Eddie Van Halen and his brother, Alex, remained constants, appearing on 12 studio albums that reached across five decades and sold tens of millions of copies.

No matter the singer, Eddie Van Halen's high-flying guitar sound — heavy on tapping, with both hands on the neck of the instrument — was deeply influential, but also hard to imitate. He grew up obsessed with Eric Clapton, only to himself become a lodestar for generations of guitarists.

In 1972, with Alex on drums, Eddie Van Halen formed the band that would become Van Halen. By 1974, it had the lineup that would make it one of the biggest groups in rock history: the two Dutch-born brothers, plus bassist Michael Anthony and singer David Lee Roth. From there, Eddie Van Halen stood at the center of an era-spanning — but unmistakably volatile — rock-and-roll juggernaut.

Throughout the late 1970s and early '80s, Van Halen became increasingly successful. Early hits such as 1979's "Dance the Night Away" eventually gave way to the bestselling 1984 — the band's sixth album — which spawned the chart-topping "Jump," as well as flamboyant hits like "Panama" and "Hot for Teacher." Peaking at No. 2 on the Billboard albums chart, 1984 was held back only by Michael Jackson's Thriller, whose iconic "Beat It" just happened to feature a guitar solo from Eddie Van Halen.

But 1984's success only intensified tensions between the Van Halen brothers and David Lee Roth, who left the band in 1985 for a solo career that capitalized on his cheerful, outsize persona. The remaining members of Van Halen regrouped around former Montrose frontman Sammy Hagar, who helped the group top the charts with its next four albums: 5150 (1986), OU812 (1988), For Unlawful Carnal Knowledge (1991) and Balance (1995).

From there, the band's output slowed. Hagar left Van Halen in 1996, citing creative differences, which led Roth to rejoin briefly — only to give way to former Extreme frontman Gary Cherone, whose one album with Van Halen (1998's Van Halen III) was a critical and commercial disappointment. Hagar and Roth both rejoined the group at various points since 2003, with the latter presiding over Van Halen's final album, 2012's A Different Kind of Truth.

Long known for his reclusiveness, Eddie Van Halen battled an assortment of health issues in recent decades, including hip-replacement surgery in 1999, a bout with tongue cancer in the early 2000s, a history of drug and alcohol abuse that led him to enter a rehabilitation facility in 2007 and surgery for diverticulitis in 2012.

Though the guitarist often had contentious relationships with bandmates — particularly Roth and Hagar, each of whom criticized him heavily in books and interviews — Eddie Van Halen remained extremely close with family. In addition to a lifelong working relationship with his brother, Alex, he tirelessly championed his son, Wolf, who joined Van Halen as bassist after the departure of Michael Anthony in 2006.

Van Halen was inducted into the Rock & Roll Hall of Fame in 2007.