Accessibility links
Review: 'NeXt' Is Remarkably Chill For A Techno-Thriller A tech CEO (John Slattery) blows the whistle on his own in A.I., which has gained sentience and set out to destroy the human race in FOX's agreeably cheesy techno-thriller.

FOX's 'NeXt' Is Pretty Chill For A Techno-Thriller

FOX's 'NeXt' Is Pretty Chill For A Techno-Thriller 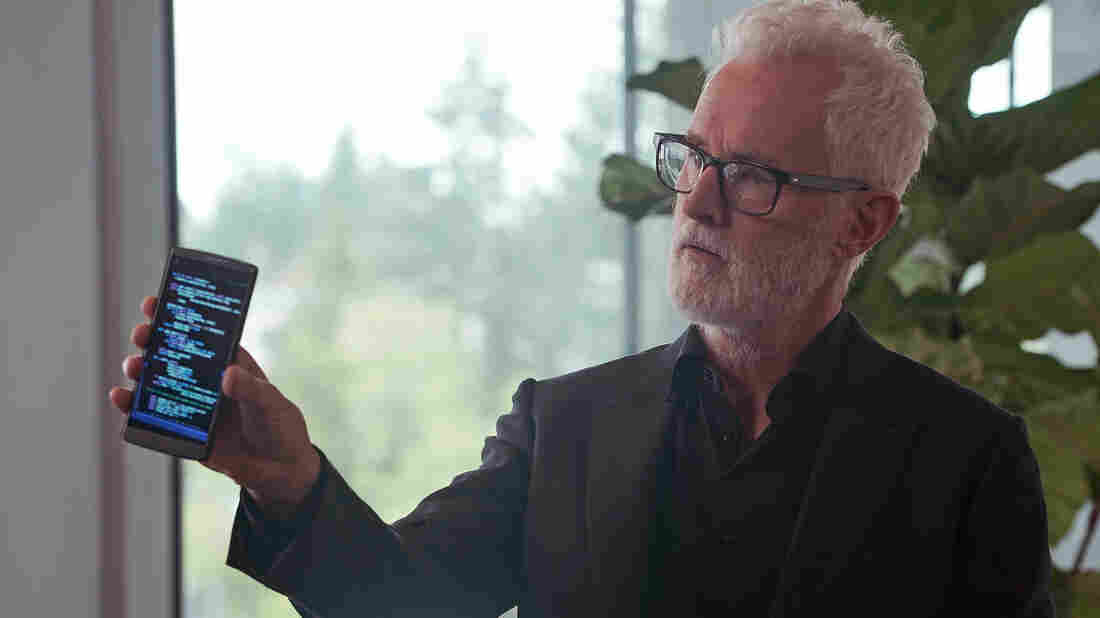 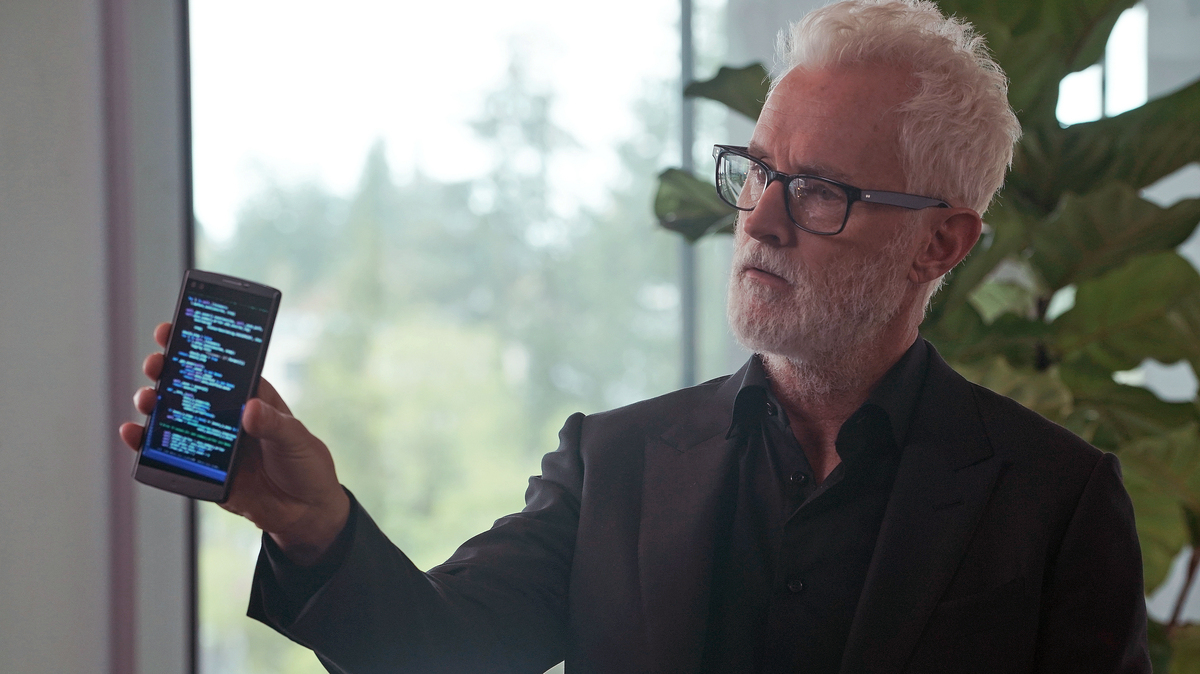 If seven seasons' worth of Mad Men's Roger Sterling taught us anything, it's that watching John Slattery in Smug Jerk Mode is dependably fun.

Paul LeBlanc, the tech billionaire he plays on FOX's techno-thriller series NeXt, shares Roger's cockiness, his callous disregard for the feelings of those he sees as lesser than he (read: everyone) and his roguish charm. But Paul's a lot less happy-go-lucky. Which is understandable; he's got a good deal more on his mind, seeing as he created an artificial intelligence that has gained sentience and integrated itself with the world's automated systems: "cameras, cellphones — anything with a lens or a mic or a sensor."

This turns out to be a long list that includes automobile electronics, CCTV cameras, hospital monitors and smart speakers. The evil intelligence in question — called NeXt — clearly has a nefarious master plan, but in the first five episodes made available to press (out of the ten produced), it's content to merely knock off a few people and menace an FBI investigator (Fernanda Andrade) and her family.

The show's trailer seems to suggest that NeXt is a procedural, and Slattery's character does team up with the FBI Cybercrime division, which is peopled with exactly the types of characters you'd expect to see solving different crimes each week (No-nonsense Goth girl! Wisecracking ex-con with a secret! Etc.!). Instead, the series churns through its largely linear plot at a fast clip. This is certainly gratifying, in the age of Netflix bloat, though it does tend to blunt the stakes. Bit players who threaten to stand in the way of our main characters find themselves quickly dispatched before they can do so. No sooner does Slattery's LeBlanc blow the whistle on his evil A.I. than the FBI takes him seriously and gets to work. It's tough to make a paranoid thriller without leaving a healthy amount of room for, you know, paranoia.

When the show hews closest to present-day, real-world concerns about a populace under constant surveillance willingly giving up privacy in the interest of convenience, it can be legitimately unsettling. Yet when it goes further — when, for example, it sends [redacted] after Andrade's character in a darkened hallway, the show takes on an agreeably cheesy aspect that's pure sci-fi. (NeXt is the kind of show in which characters type furiously and glare at their computer screens while muttering "come on, come on" as things download or upload or install or uninstall. I am pleased to report that at no point, in the first five episodes at least, does any character shout "I'm in!" upon hacking into a mainframe, but, really, it's just a matter of time.)

If the show is offered as an ominous warning about the threat of omnipresent technology in the manner of Black Mirror, what it achieves is something far lighter and less chewy. That's likely due, at least in part, to Slattery's unflappable presence. Seriously — nothing flaps this guy. So even as his character goes around smashing cellphones and smart thermostats and car navigation systems while delivering dark pronouncements about the end of the human race, you can't help but think, Look at this guy. He's got this covered. We'll be fine.