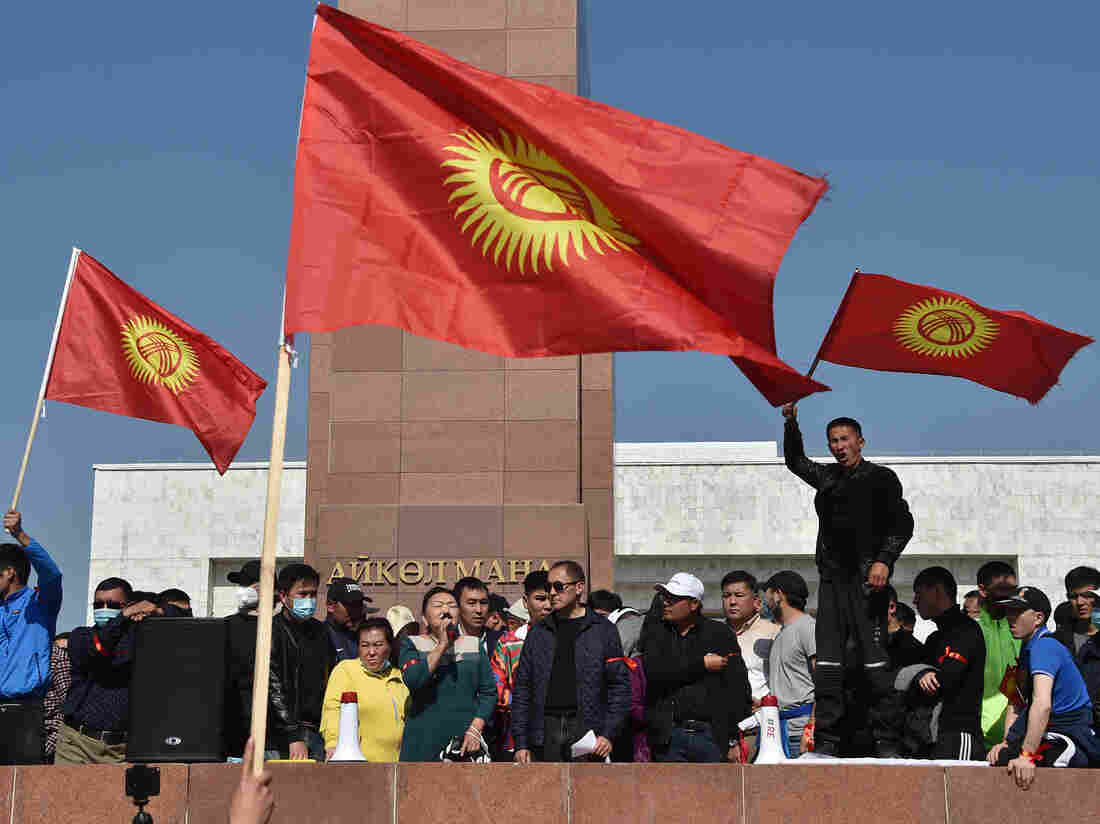 People protest beside the parliament building in Bishkek, which also houses the offices of Kyrgyzstan's president, during protests on Monday. Vyacheslav Oseledko/AFP via Getty Images hide caption 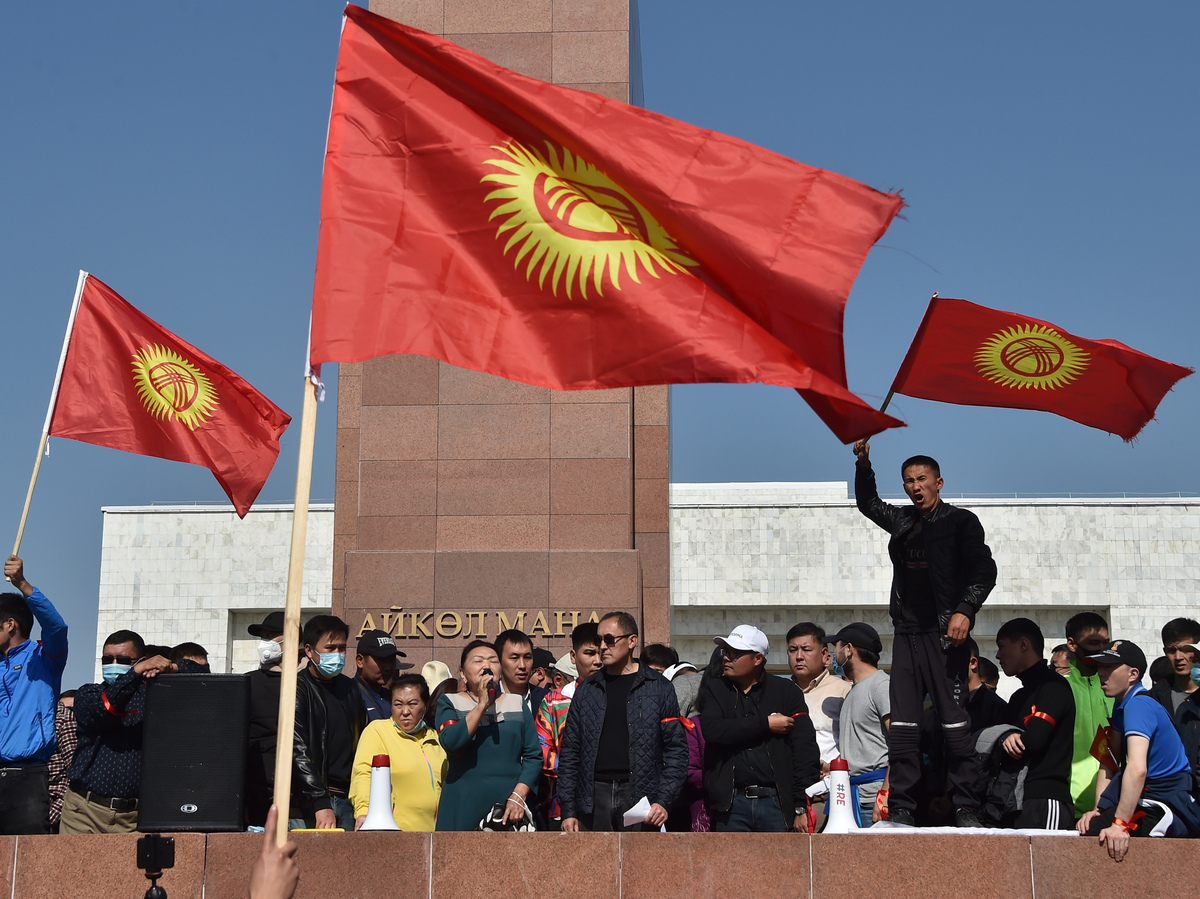 People protest beside the parliament building in Bishkek, which also houses the offices of Kyrgyzstan's president, during protests on Monday.

Protesters in Kyrgyzstan, angered by weekend elections they say were rigged, seized and ransacked the country's parliament building, briefly setting part of it on fire early Tuesday, according to local news reports.

In video posted to social media, a mob can be seen throwing items around the legislative chamber of the building known locally as the White House, waving flags plucked from behind the speaker's rostrum. The building also houses the offices of President Sooronbai Jeenbekov.

The protests follow Sunday's parliamentary election in which 16 parties competed, but only four – three with close ties to Jeenbekov – managed to garner enough votes to win seats.

The opposition has accused the parties aligned to Jeenbekov of vote-buying and voter intimidation, claims that international monitors have lent credence to.

"Kyrgyzstan's parliamentary elections were generally well-run and candidates could campaign freely, but credible allegations of vote buying remain a serious concern," Thomas Boserup, head of the election observation mission organized by the Organization for Security and Cooperation in Europe, said.

Twelve parties have signed a document refusing to accept Sunday's vote and demanding a new election.

The results sparked outrage in the highly volatile former Soviet republic, a close ally of Russia that has seen two of its presidents toppled in popular revolts in the last 15 years.

Protesters in the capital Bishkek demanding the results of the election be annulled were met Monday by police using water cannon and tear gas. Dozens were injured, according to local reports.

Initially, the demonstrators dispersed, only to return to Bishkek's central square hours later to break into parliament, which briefly caught fire before emergency services extinguished the blaze, the local websites said, according to Reuters.

In posts on social media, protesters are seen roaming through offices, posing for souvenir photos amid the mayhem.

Later, protesters broke into several more government buildings, including the state security headquarters, where they freed former President Almazbek Atambayev, who preceded Jeenbekov. Atambayev is serving a sentence after being convicted on corruption charges.

Jeenbekov's office said Tuesday that it was willing to meet with leaders from all 16 parties in the election as part of an effort to defuse tensions.