Accessibility links
Former CIA Director Brennan Looks Back At Sept. 11 And Ahead To Presidential Election John Brennan discusses national security implications of Trump's coronavirus infection and what he'd have done differently post-Sept. 11. The former CIA director's memoir, Undaunted, is out this week. 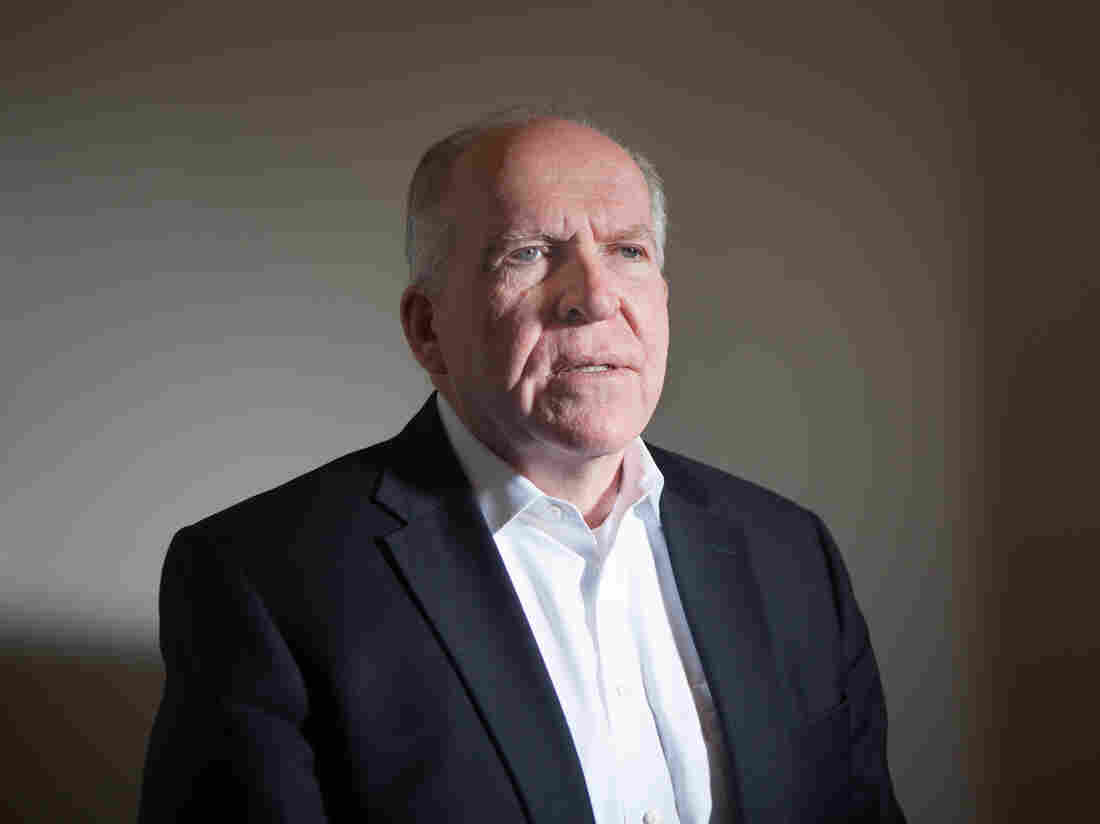 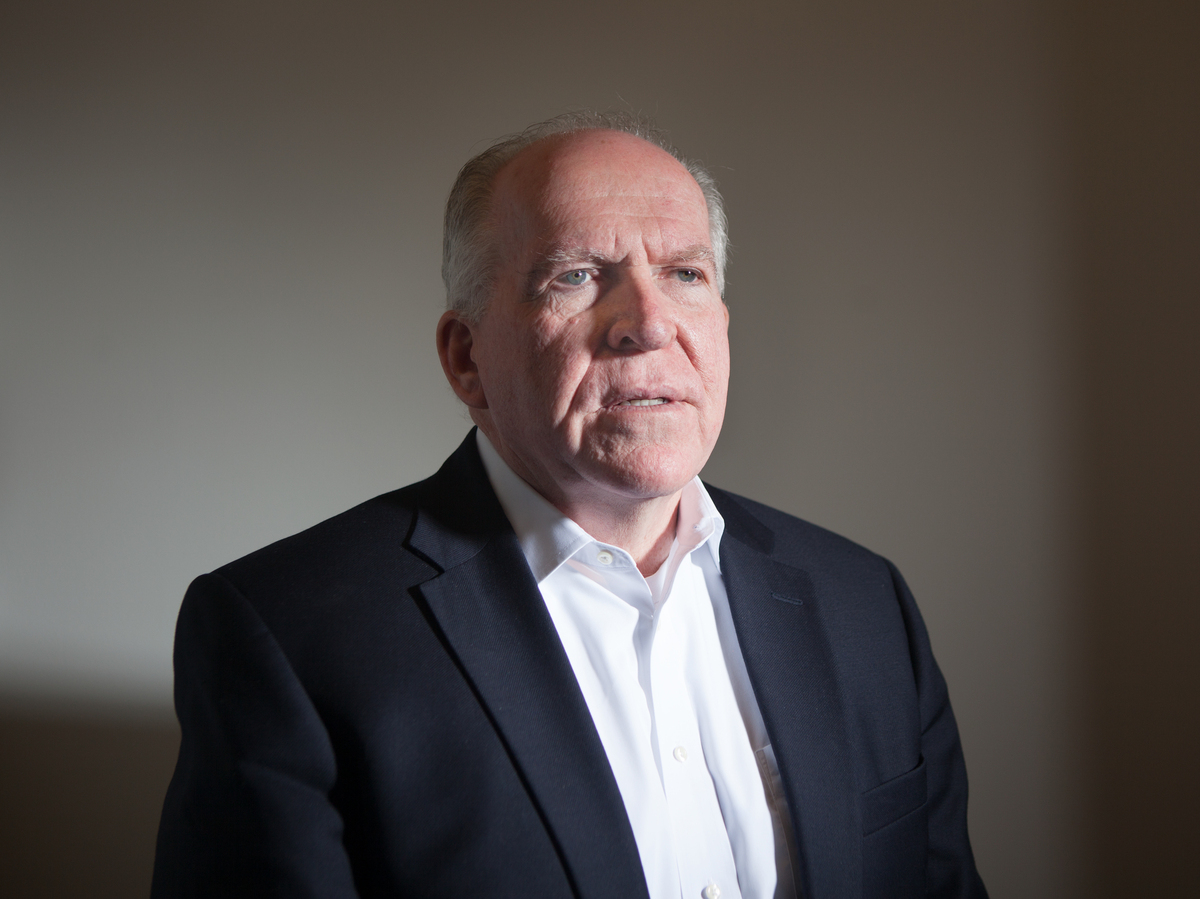 Former CIA Director John Brennan is no fan of Donald Trump, having called the president a "disgraced demagogue" who belongs "in the dustbin of history."

But these days, Brennan is rooting for the president, who returned to the White House from Walter Reed National Military Medical Center on Monday night. Trump had been at the hospital since Friday night, after revealing his positive coronavirus test early that morning.

"I believe all Americans should wish Donald Trump a full and speedy recovery," Brennan told NPR on Monday. "The American people certainly deserve to have two healthy candidates in the election in November."

Beyond that, Trump's medical condition has implications for national security, says Brennan, who ran the CIA from 2013 to 2017.

In addition to global adversaries that may try to take advantage of the distraction, Brennan also raised concerns about whether the medications the president has been prescribed, some of which reportedly can lead to impulsiveness or confusion, may affect him.

Looking ahead, Brennan said he is worried about the weeks leading up to the election and beyond — for instance how the medications from COVID-19 treatment might affect Trump's ability to carry out his presidential duties and, separately, whether the president would try to bring the issue of who won the election into the courts and otherwise be disruptive. 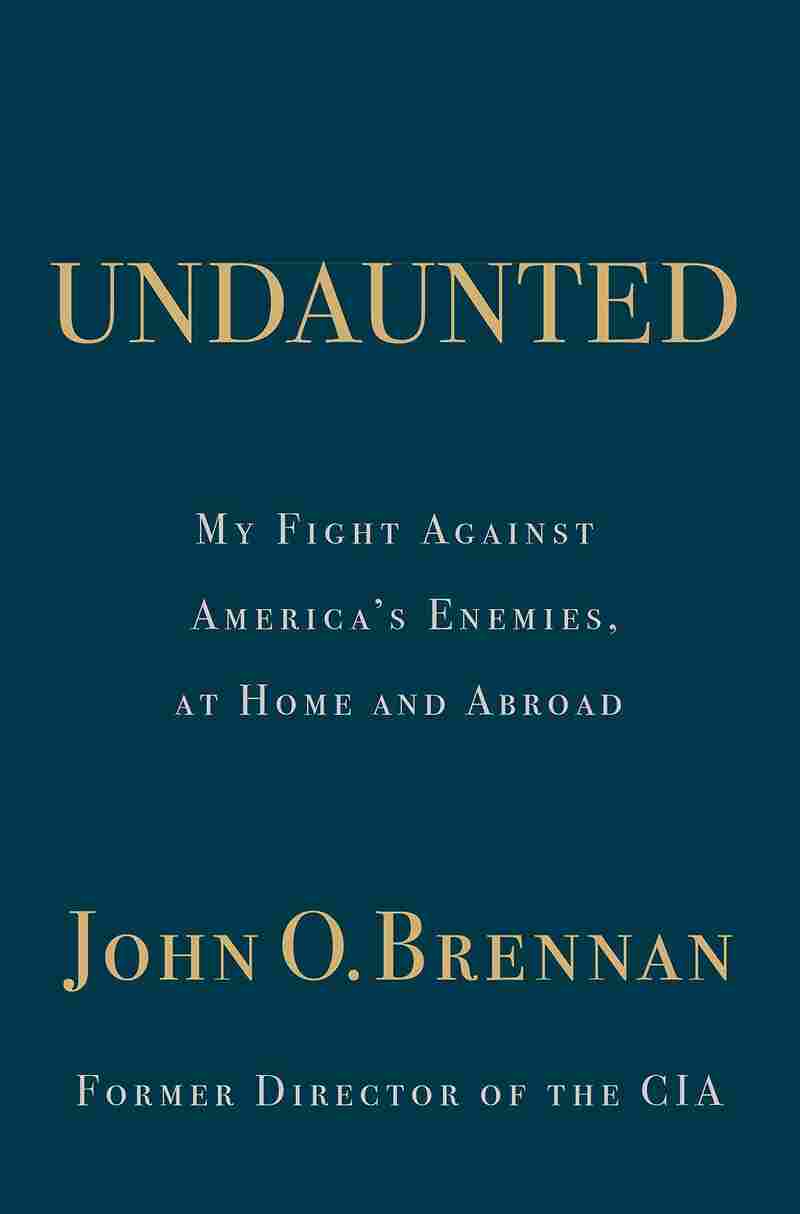 "I think the period between now and Jan. 20 is a very, very unsettled and dynamic period of time," Brennan said. "I think there's still some developments that can happen. We've had at least one October surprise with his COVID testing positive. Who knows what else [is] up the sleeves of those involved in trying to get him reelected."

"I think he has demonstrated repeatedly that he's willing to stoop to any tactic to preserve his hold on power because I believe he really fears no longer being protected by the powers and the authorities of the presidency, that once he leaves office he may be subject to legal vulnerabilities," Brennan said.

In a wide-ranging interview with All Things Considered, Brennan discusses how foreign adversaries could try to take advantage of the distraction of Trump's health, potential impacts on the upcoming election, and, looking back, what he would do differently during the post-Sept. 11 period when the CIA was running rendition and harsh interrogation — that some argue was torture — of terrorist suspects.

I think if [Russian President Vladimir] Putin was in the same situation, our intelligence agencies would be doing everything possible to understand exactly the state of his health, and to see whether or not his medical illness is having any implications for Russia's security posture. ... It's not just Russian intelligence, but other intelligence agencies as well. ... I think these services and countries [China, Iran] have both technical and human sources of information — telephone calls, other types of things, that I'm sure are taking place and not in a secure manner among Donald Trump's aides, family, members of the Cabinet, also among the medical team that's taking care of him.

Who else is going to come down with this virus, that has responsibilities in the government? And that's why, looking at China, might they decide to do something in Hong Kong now? Or the South China Sea, while Trump is focused on his health? Might Russia decide to do something in Belarus or another country, taking advantage of what they see as a possible opportunity? And I'm just hoping that there's not going to be an impulsiveness on the part of Donald Trump, reacting to some developments that take place around the world.

On the CIA's post-Sept. 11 rendition and interrogation of terrorist suspects

When I read the cable [that provided graphic details of the waterboarding of Abu Zabaydah], I was revulsed at what I had read. And I decided then that I was going to express my concerns ... to my boss, [A.B.] "Buzzy" Krongard as executive and to George Tenet [CIA director]. ...

George told me that he was very concerned that al-Qaida was pursuing weapons of mass destruction. ... George and others were very, very fearful that the tragedy of the World Trade Center, and the Pentagon bombings, would have paled in comparison to an al-Qaida attack that could have taken tens of thousands, if not more, innocent American lives.

So, I don't want to make a moral judgment about their decisions. I just felt as though there may have been other ways that we could have carried out the duty of trying to elicit information from al-Qaida members.

On his failure to speak up post-Sept. 11 and his vocal criticism of Trump

I think there's also a number of milestones throughout my career since that time that I've tried to remember that lesson — that I was not going to hold my tongue, that I was going to speak out. When I speak out, some people may think it's inappropriate or it's wrong, but my silence at that time I vowed never to repeat.

And so throughout the course of the Obama administration, as well as in my second retirement right now, I am speaking out forcefully. Because if I see something that is being done, policy differences aside, that I believe is inconsistent with our values, with our principles, with our ethics, with the foundations of this country, I am going to speak out. And Donald Trump, I believe, has trampled all of those principles and values in terms of his performance in office.

On possible electoral interference, both foreign and domestic

If I were at CIA or in the White House right now, I'd be concerned about both [Russia and China], as well as other countries, in terms of what they might try to do to influence the outcome of the election. There are efforts that have been underway to try to have some type of technical interference. And I do think that the systems have been strengthened over the last four years to make it more difficult. ...

In 2016 ... we saw that the Russians were navigating into some of the electoral infrastructure, and the Chinese have the same capability. And I do think we have to be very mindful about that potential. ...

But what I'm concerned about most are the information operations ... that we saw the Russians engaged in, in a quite extensive and intense fashion in 2016, that they try to shape the perspectives of the views of the American voters.

And so China, also, I'm sure is engaged in those types of things by placing articles, by putting personas into the social media environment, advocating maybe a different U.S. policy toward China. So the information operations that foreign services engage in are ones that really can shape the attitudes of American voters and change votes at the voting booths.

So I do think that the recent statements by the U.S. intelligence community about China, and Russia, and Iran, are appropriate. They each have different interests, in terms of what it is that they're trying to do. But it's clear that the elections, not just here in the United States but around the globe, are going to be influenced by these information operations that various players, domestic and foreign, engage in. ...

There is intentional disinformation [about election fraud] that is being put out by Trump, as well as by a lot of the media outlets that advocate for his reelection. ... As well as misrepresentations of Joe Biden's record [and] allegations about what his family has been involved in. ...

And I think those actions ... [are] being aided by foreign actors who also want to see Donald Trump reelected. I think authoritarian leaders around the world are interested in that. ... I do think most of the authoritarian leaders like that ... Donald Trump is not going to call them out for abuses of human rights, for their trampling of democratic processes. Donald Trump is not speaking out on these issues the way all U.S. presidents that I worked for, rightly did, over the past 35 years, 40 years.

Maureen Pao adapted this for the Web. Courtney Dorning and Lauren Hodges produced the audio report.