Accessibility links
Michelle Obama Makes Final Pitch: 'Vote For Joe Biden Like Your Lives Depend On It' President Trump "continues to gaslight the American people by acting like this pandemic is not a real threat," Michelle Obama says in video remarks.

Michelle Obama Makes Final Pitch: 'Vote For Joe Biden Like Your Lives Depend On It'

Michelle Obama Makes Final Pitch: 'Vote For Joe Biden Like Your Lives Depend On It' 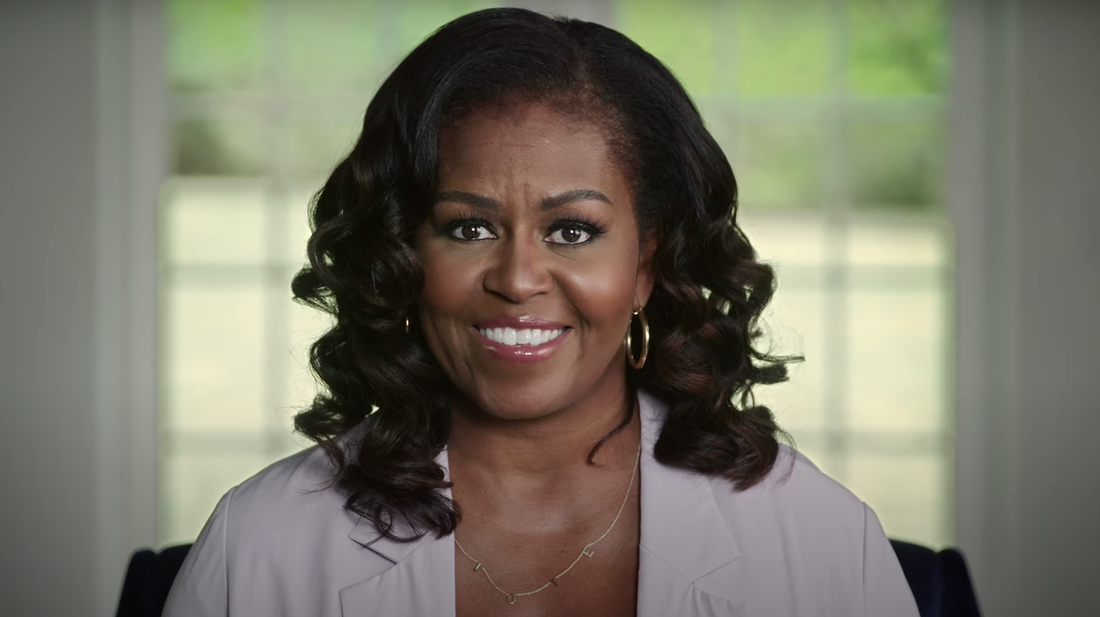 President Trump "continues to gaslight the American people by acting like this pandemic is not a real threat," Michelle Obama says in video remarks. Screenshot from the Biden campaign/YouTube hide caption 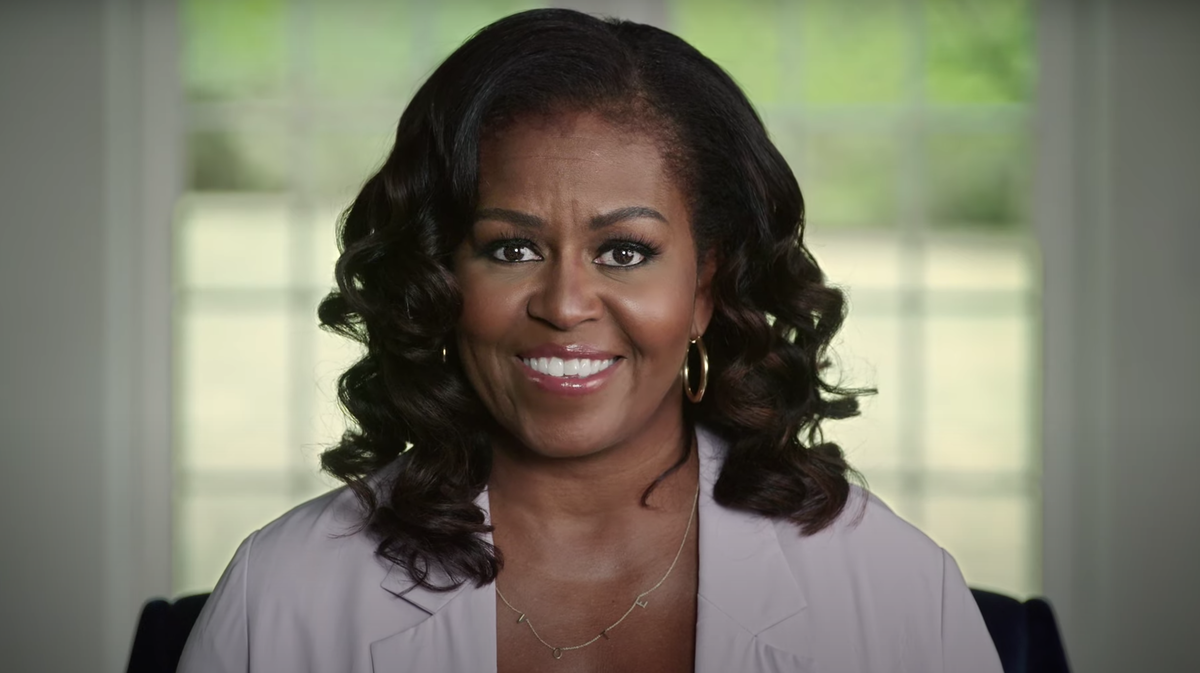 President Trump "continues to gaslight the American people by acting like this pandemic is not a real threat," Michelle Obama says in video remarks.

Screenshot from the Biden campaign/YouTube

"We can no longer pretend that we don't know exactly who and what this president stands for. Search your hearts, and your conscience, and then vote for Joe Biden like your lives depend on it," Obama said in the video released by Biden's campaign.

She rebuked Trump for what she sees as "willful mismanagement of the COVID crisis."

"Seven months later, he still won't wear a mask consistently and encourage others to do the same, even when those simple actions could save countless lives," she said. "Instead, he continues to gaslight the American people by acting like this pandemic is not a real threat."

Her remarks Tuesday morning came a day after Trump was discharged from Walter Reed National Military Medical Center to receive the rest of his treatment for COVID-19 from the White House.

Upon his return, he took off his mask for a photo-op and in a video downplayed the severity of the virus. "Don't be afraid of it. You're going to beat it," Trump said.

Obama also admonished the president for his push for colleges to reopen immediately.

"Everybody wants their kids back in school as soon as it's safe," she said. "But as a mom, it is frightening thinking about all of these young people, who were just our babies yesterday, quarantined alone in dorms or apartments with little or no support as the disease continues to spread, unable to come home if their symptoms get worse."

She also used the video to have a frank discussion about white privilege, calling for people to walk in each other's shoes. She said:

Think about it: You've worked hard all your life, and for too long, you've watched the rich get richer ... you've seen your beloved towns shattered by joblessness ... and it's frustrating to hear some folks say that you've been the beneficiary of privilege, that the color of your skin gives you a head start.

But right now, the president and his allies are trying to tap into that frustration and distract from his breathtaking failures by giving folks someone to blame other than them. They're stoking fears about Black and brown Americans, lying about how minorities will destroy the suburbs, whipping up violence and intimidation.

She underlined: "It's morally wrong and yes, it is racist."

In last week's nationally televised presidential debate, Trump declined to denounce white supremacists, instead saying that the Proud Boys, a far-right group, should "stand back and stand by."

"Imagine how it feels to have suspicion cast on you from the day you were born simply because of the hue of your skin," she said, "to walk around your own country scared that someone's unjustified fear of you could put you in harm's way, terrified of what four more years of this kind of division might mean for the safety of you and those you love."

Obama labeled electing Biden in November as a "chance for a fresh start."

She ticked through the Democratic nominee's biography and decades of public service, noting that Biden continued to serve even in the face of tragedy after he lost his wife and young daughter, and later in life, his eldest son Beau.

She emphasized the importance of making a voting plan, saying, "We don't have the luxury to assume that things are going to turn out OK."

"We cannot afford to withhold our votes or waste them on a protest candidate," she said, perhaps referencing the candidacy of musician Kanye West.

"Work like this may not feel as impactful as attending a protest, but trust me, it is absolutely the most important thing that we can do right now to save our democracy."