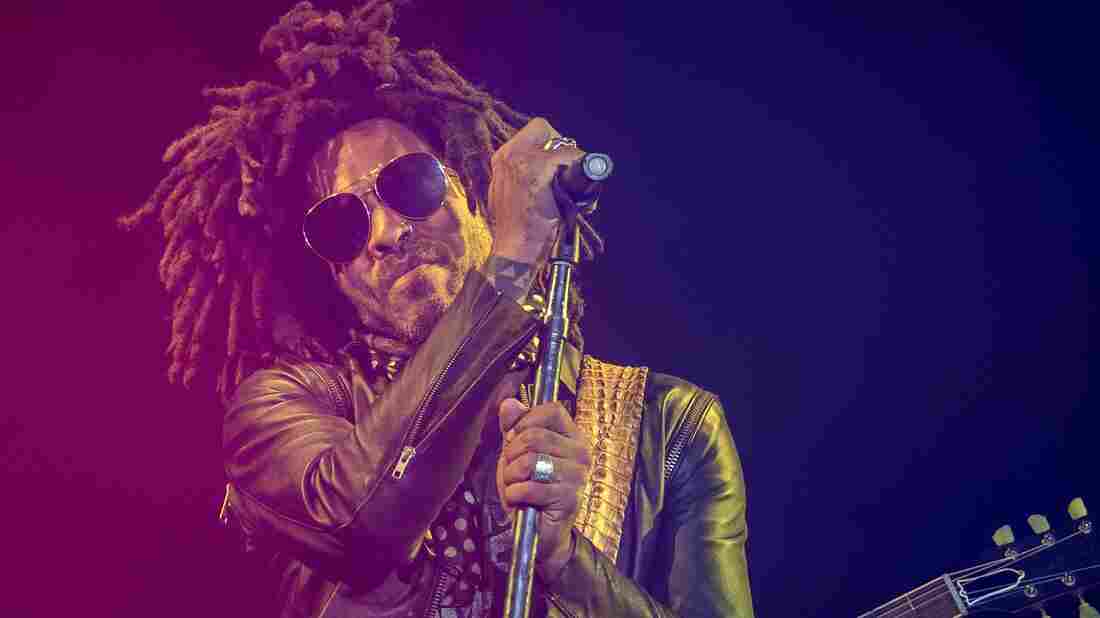 Lenny Kravitz performs in Tours, France in 2018. He says touring is hard — and wonderful: "Everything is about those two and a half hours on stage." Guillaume Souvant /AFP via Getty Images hide caption 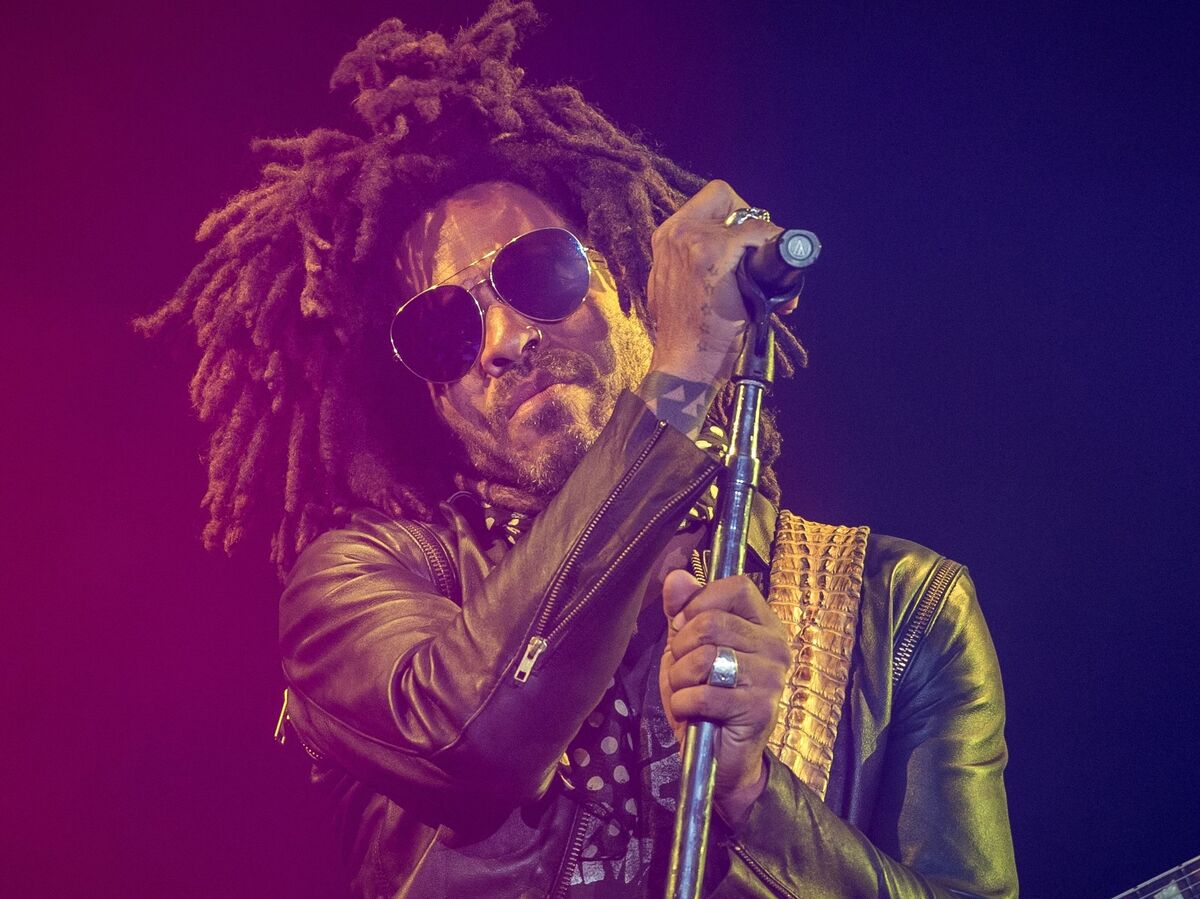 Lenny Kravitz performs in Tours, France in 2018. He says touring is hard — and wonderful: "Everything is about those two and a half hours on stage."

But things changed when he reached first grade: "My parents were the only ones that didn't match," he says. "And this kid jumped out and pointed his finger and said, 'Your father's white and your mother's Black!' "

Kravitz says that moment opened up a conversation with his mother about race and perception: "[My mother] wanted me to understand there were two sides to me, and she didn't want me to feel like I had to pick one or one was better than the other."

As a young musician in Los Angeles in the 1980s, Kravitz began performing under the stage name Romeo Blue — while wearing painful blue contact lenses. He experimented with different musical styles, but he credits his relationship with actor Lisa Bonet with helping him find his musical voice. Kravitz released his debut album, Let Love Rule, in 1989, under his given name.

"I made that record without a record label," Kravitz says. "That was just done on my own and I didn't know what I was going to do with it, but I knew that I had to complete that task. And I did. And we went from there."

Kravitz would go on to win four Grammy Awards and to sell more than 40 million records. His new memoir, Let Love Rule, follows his childhood and early career up to the release of his breakout album. 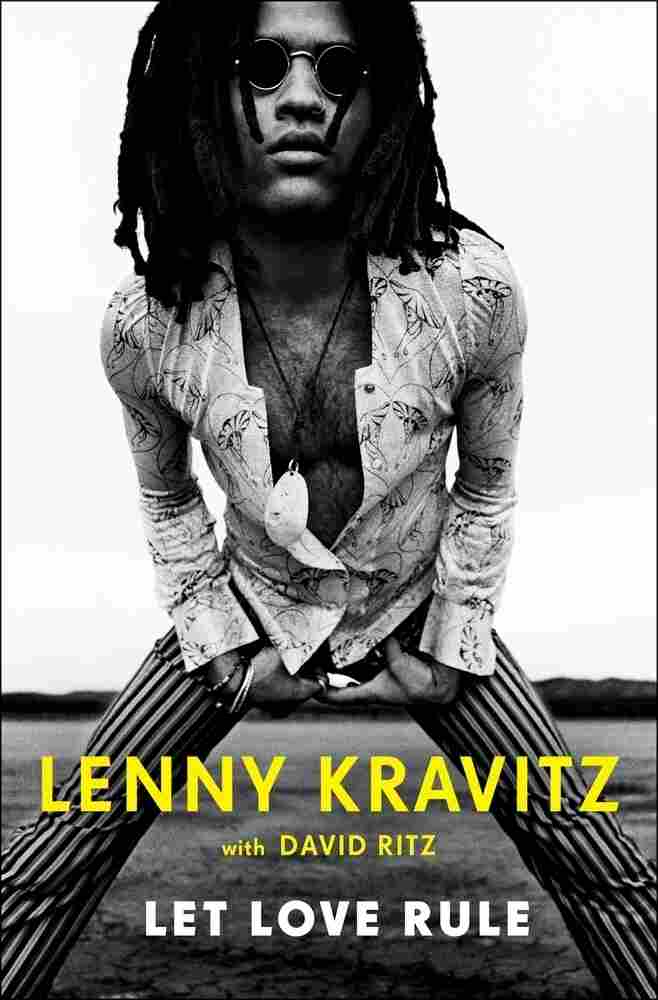 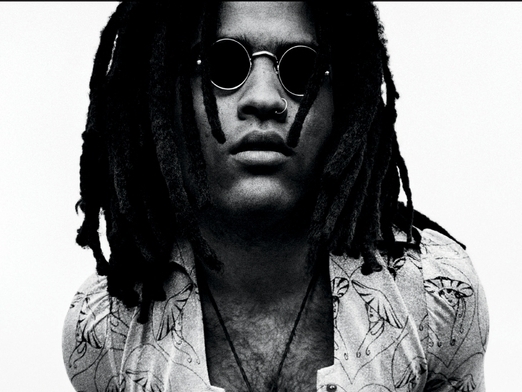 I heard stories about people spitting at them in the street, them not being able to go to certain places. My father once took my mother somewhere and they had to get a hotel and the person at the desk said, "No prostitutes allowed." Even her parents were fine with it after a conversation with my father. His parents, unfortunately, at the time that they got together, couldn't really accept that. First of all, she wasn't Jewish. And on top of it, she was Black, and that was an issue for them. They hadn't gotten to that place yet. ... After my mother had me, I think they showed up the next day. They were very curious. They knew that their son had had a son and they wanted to meet this grandchild. And they came to the hospital and they met my mother and very quickly they bonded, his parents saw the character of my mother and fell in love with her, and that was it.

She made up this character called Ruff Ruff, which was this magical dog. ... I'd say "abracadabra" and then she'd say, "Ruff Ruff," and then instantly she was Ruff Ruff. She had a different voice, different body language and for a 4 year old, I bought it and we would speak and she'd asked me how I felt and she would dig and I was comfortable telling Ruff Ruff what I was feeling and after that, she'd say, "OK, I'm going to bring mommy back now. I won't tell her what we spoke about." And I'd have to say "abracadabra" again, and then she became my mother again. I really believed that I was talking to somebody else. But it was beautiful that she found this way for me to be comfortable expressing myself.

On his childhood obsession with the Jackson 5

I used to write in my notebook "Lenny Jackson." I had this fantasy that I was the long lost brother and they were going to find me and then I was going to join the group. ... I identified with them — the music, the appearance, the whole expression. Then my father — this is one of the most beautiful experiences with him as a child — surprised me one day, picked me up from school. He was standing at the door of the class and I didn't understand why he was there. He didn't normally pick me up. I don't think he ever did, really. And we got in a cab and we went to Madison Square Garden and that was the first concert that I'd ever seen and it blew my head off, changed my life. I knew that I wanted to be involved in music. I didn't know how or what — I didn't think about that — but I knew that that affected me and that music was important to me.

On what he learned from signing in the California Boys Choir

I had discipline in my life, but this now was musical discipline and they pushed us. This was serious. The California Boys Choir, we had to learn to sing in 15 different languages. We didn't learn the languages, obviously, but we learned how to pronounce everything perfectly with proper accents, from Latin to German. I mean, everything. And we learned how to sight read and vocal training and how to support the voice and staging and stage presentation, because we were also doing operas. It was a very solid foundation and an experience that gave me this education that I based everything that I do on.

On his early stage persona

I wasn't comfortable with my name, with "Lenny Kravitz." I thought it was anything but rock 'n' roll. This is the days of Madonna and Prince and all these folks and ... I thought, "I've got to change my name," and some friends of mine gave me the nickname "Romeo" and then I put the "Blue" on it and became "Romeo Blue" and changed my appearance and came up with the fashion that went with it, got these blue contact lenses at the time. This is before they had those soft [lenses] ... these were hard little bottle caps. They were horrible, but I used to put them in and my eyes would be tearing and they'd be red and it would just kill me to wear these things. But I was completely committed to this character.

The [songs] I was writing before were labored. I was trying to come up with something, I was trying to find this style, which is fine, that's part of the exercise, but all of a sudden ... it was beyond my thought process. It was just being presented like, "Here you go. Here it is. This is it. You don't have to think about it. You don't have to look for it. Here it is." And it may not have been exactly what I thought I was going to be doing, but I was hearing it. I was feeling it. The portal was open and I accepted it. And that was the beginning of Let Love Rule.

On being a touring musician in his 50s

It is a very hard life, it's a wonderful life, it's a blessed life, but it's a job, man. Once you're on that road ... and traveling the world and everything is about those two and a half hours on stage or however long it might be, you're dedicated and it takes a lot out of you. And no, I'm not 20 anymore, but I think my energy is even better now than it was then. I look at people like Mick Jagger, who's in his mid-70s and can still work a stadium like no other, he still has that energy and that strength. He and I have known each other for some years now, and we spent time together, I can tell you that he's made that decision to be able to continue doing that, there's discipline involved, what he will and will not put in his body, how he exercises, how he rests, etc. And so I've decided that I'm going to continue doing this as long as I can.