Accessibility links
Gabriel Garzón-Montano's 'Agüita' Is A Rebuke Of Genre's Limitations NPR's David Greene speaks with the singer and multi-instrumentalist about his new album, exploring his roots in Colombia and the influence of his late mother on his music. 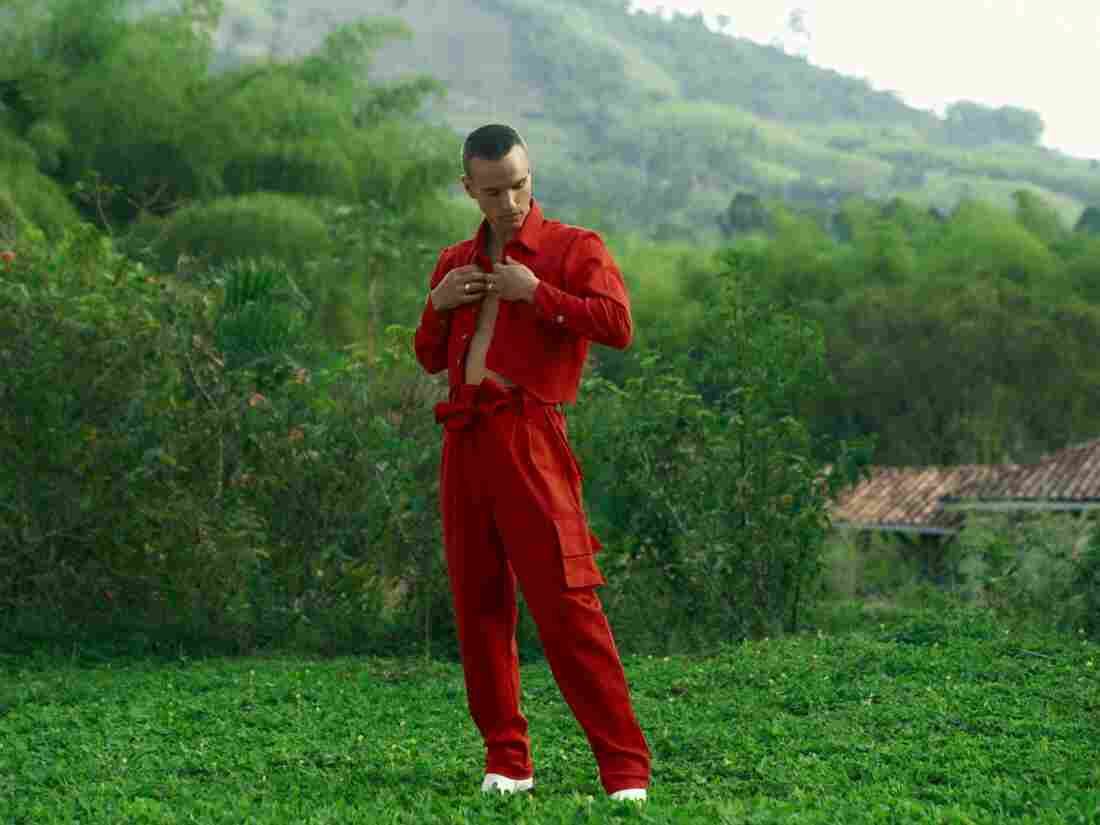 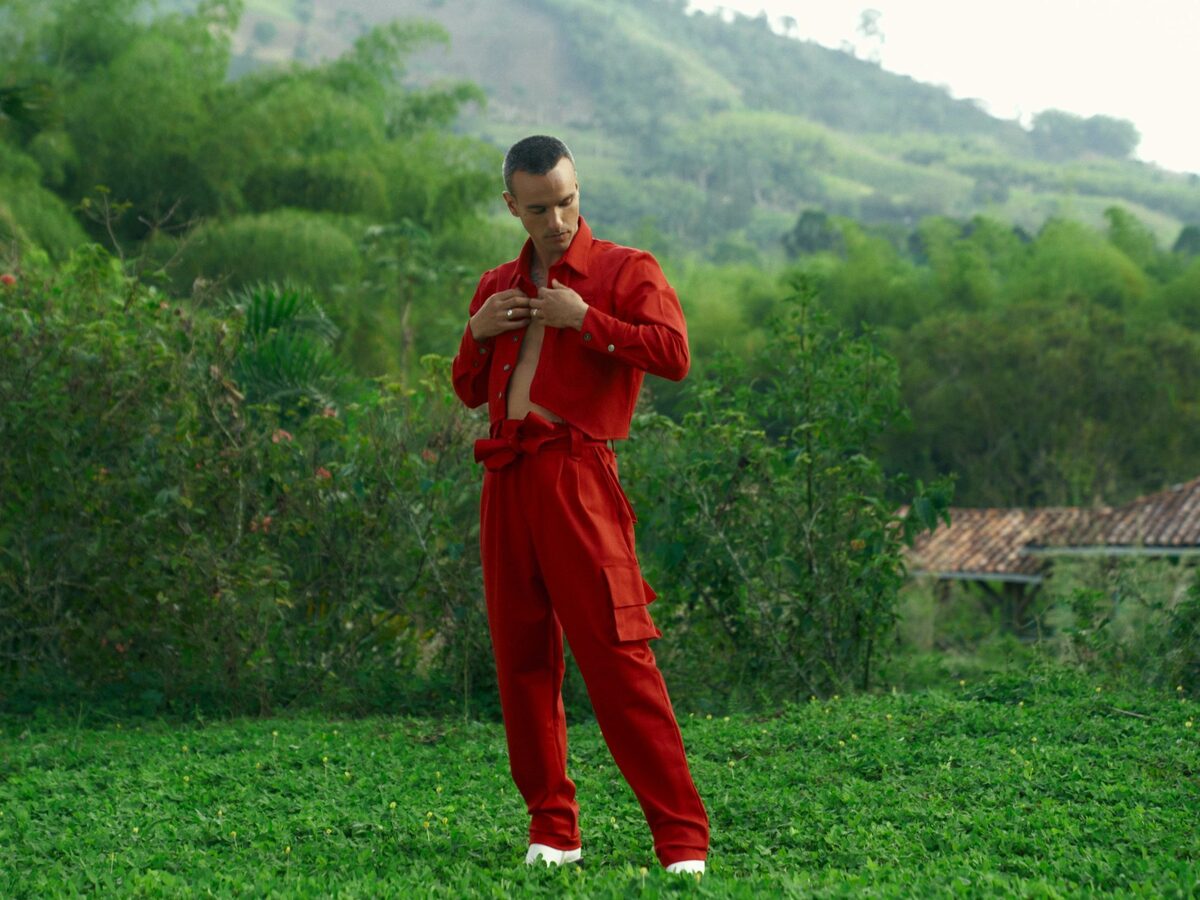 On Agüita, released Oct. 2, the genre-bending multi-instrumentalist takes listeners around the world in less than an hour. But he says the album isn't just a musical vacation: It's also a rebuke of an American culture obsessed with classifying everything.

"You have the Grammys [and] the Latin Grammys. You have, as an American, pop records — and then you have 'world music,' which is literally just saying, like, us and them," the artist says. "It's very standoffish."

Growing up in Brooklyn, this son of Colombian and French immigrants said it took a while before he found that comfort — as a musician and as a person — and that that process informed his art. NPR's David Greene spoke with Garzón-Montano about the cultural education that led to Agüita; hear their conversation at the audio link, and read on for an edited transcript.

David Greene: What impact did your upbringing have on you, and on your art?

Gabriel Garzón-Montano: I think speaking three languages gave my ear something that I can't quite describe to you, but I know that it shows up in my music as sometimes — this, like, phonetic in-between language. It's almost like you have imagined that there's a geography of your brain, and you've put one thing here and one thing there. "Oh, Spanish is on the left side," or whatever — your own little childish map of the things you know or the ways you can be.

The language thing gets into culture, and then into code-switching, because it gets into the perception of what race you are — and all of that informs your identity, right? And then that makes the sounds you produce, I guess, as an artist. You start noticing how being Colombian and French, and being first-generation American, gives you — at first — the stifling feeling that you don't belong anywhere. But then you realize that everybody is like that. And so that's why I'm so excited about this record, because it just celebrates mutt-ness, right? Everybody in America has to mainstream-ify their mestizaje, their blend.

It sounds like you've really come to peace with it. I know in the past you've described being multicultural and feeling like you don't fit in, almost giving you the feeling of being a tourist wherever you were — and that no one really gives the tourist a shot.

I mean, maybe what I was trying to say — without feeling too defeated — was that at that moment I just felt a particular case of the ubiquitous imposter syndrome. So that feeling of eternal cultural tourism, it gangs up on you.

The music video for the title track of the album, "Agüita," you filmed in Colombia. Did you feel like a tourist there, or did you feel at home?

No, I've been going there for a while — I went out there and started spending a month at a time just disconnecting. I live in a house from 1910 out there, so it's like, I got cockroaches coming through the front door. [But] yeah, it was actually connecting to Colombia that gave me access to these new feelings, and just discovering what was already there for me.

Do you feel that same sense of connection when you're spending time in the U.S.?

Yeah, absolutely, but it's different, you know? It's with select people. There's not a lot of cultural agreements that bind any two strangers on the street. It's not as probable that's going to be the case as it is down there.

I wanted to ask about your mom, who was a singer and multi-instrumentalist like you. What did you learn from her, when it comes to music?

I think there's so much of her in my connection to music. I sound like her when I sing, in a certain way. She helped me develop my ear a lot. She loved music, played five instruments, [and] I think she passed down a really serious love of music to me. She must have been jamming when I was in the womb.

You have a song, "Moonless," on this record, about her death from cancer in 2006. Why was having that song on here important to you?

It's my first poem about her. I'm 31 years old and I was 17 when she left us. So I've been waiting to write a song that felt like it was mine, you know? There's a real comedy to how some of the most important and traumatic things that mark your time here, when you try to write them down as plainly and as truthfully as possible, they just sound so corny. And I think there's a slow power to not falling into certain trappings of summarizing experiences, you know? Of really saying it your way. When it's missing, it doesn't feel right to me. So, yeah, it's a natural thing to write about for me, but it wasn't for so long. And I think that the song is beautiful for that reason, because I arrived at it patiently. It happened when I could write it.