Accessibility links
Pence Goes To Debate As Coronavirus Crisis Engulfs White House The vice presidential debate will be the first time Pence answers questions about how he and Trump failed to stop the spread of the virus to the White House itself. 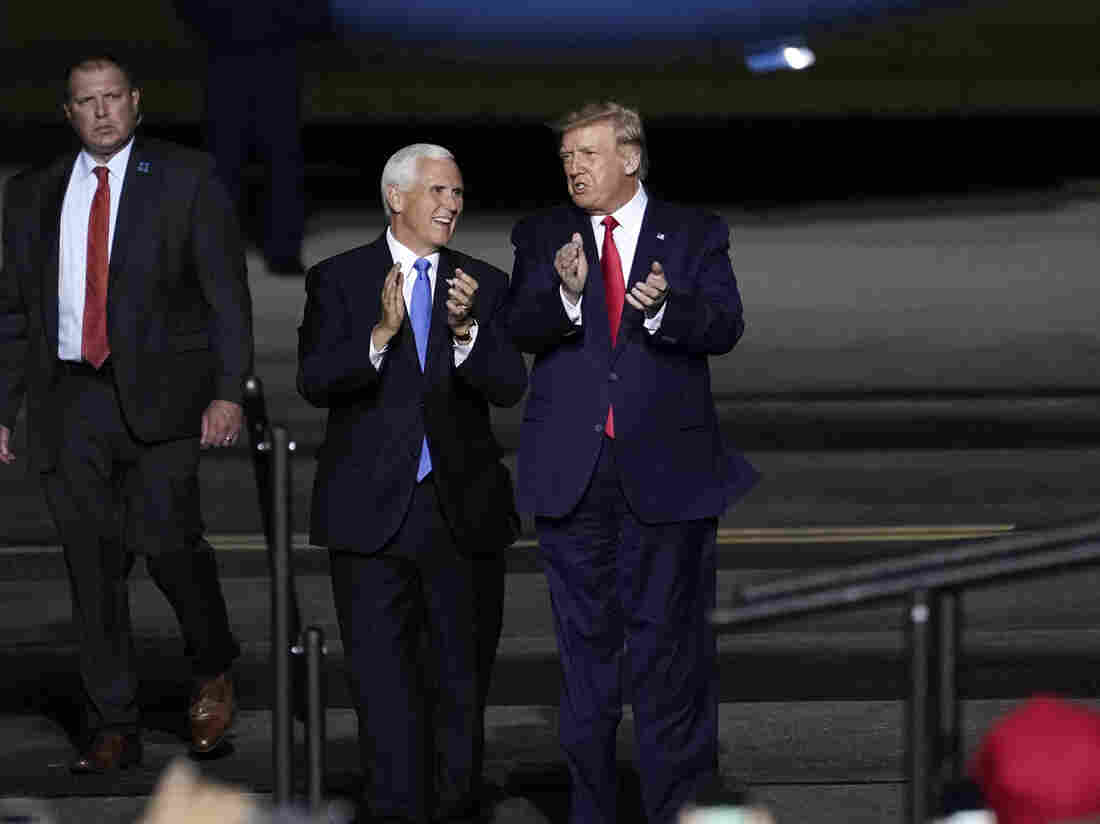 Vice President Mike Pence and President Trump at a campaign rally at Newport News, Va., on Sept. 25, a week before Trump was hospitalized with COVID-19. Drew Angerer/Getty Images hide caption 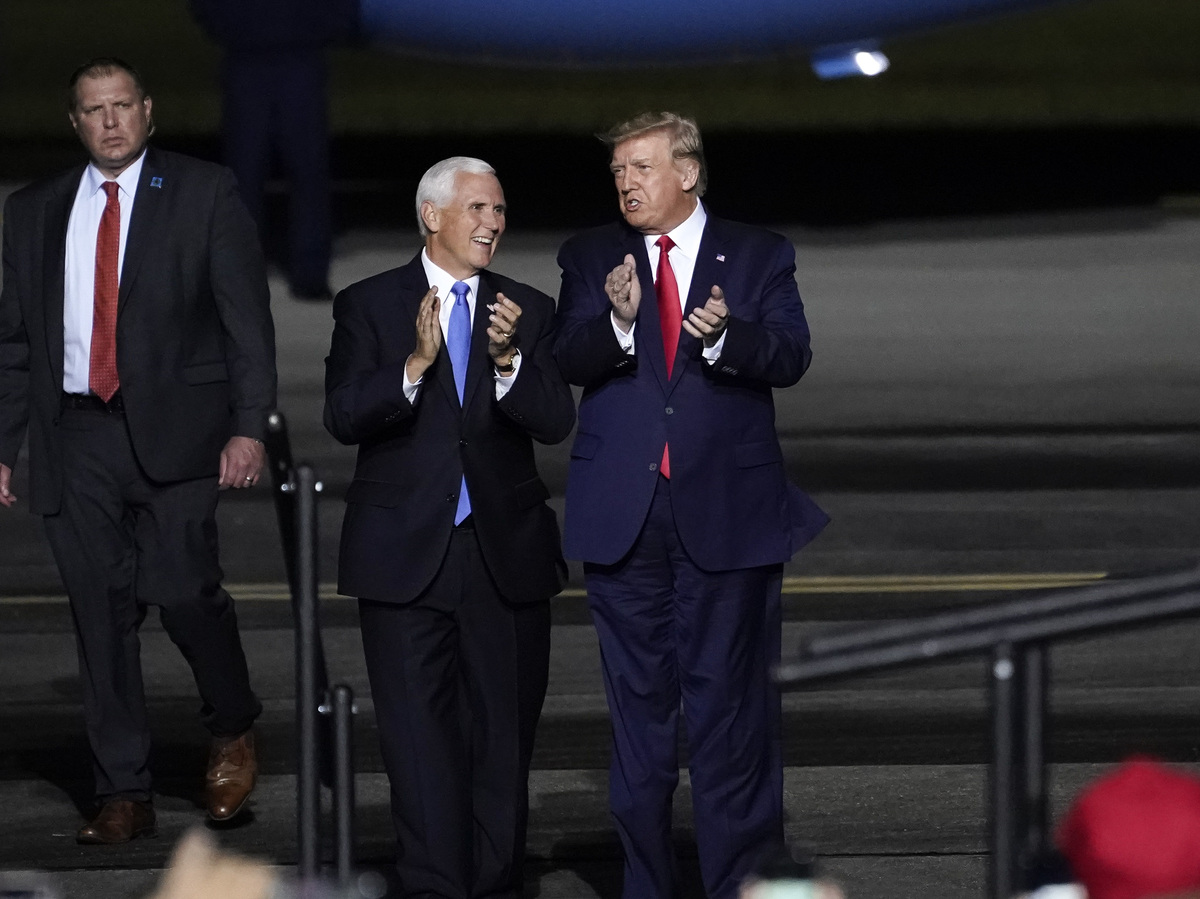 Vice President Mike Pence and President Trump at a campaign rally at Newport News, Va., on Sept. 25, a week before Trump was hospitalized with COVID-19.

Vice President Pence, famous for happily ceding the spotlight to his boss, takes a rare turn in center stage on Wednesday, squaring off with Democratic Sen. Kamala Harris of California at the vice presidential debate in Salt Lake City.

It's a moment fraught with political peril, coming just after President Trump was hospitalized for the coronavirus — the pandemic that has killed more than 200,000 Americans this year, sent the economy spiraling, and shaken voter confidence that they have what it takes to fix the crisis.

Trump has downplayed the threat of the virus, even after he became sick along with at least a dozen people in his inner circle: his wife, press secretary, closest aide, speechwriter, campaign manager, former campaign manager, debate coach, party chairwoman, three U.S. senators and at least several other staffers at the White House.

Pence, who led the White House coronavirus task force, will have to defend how the Trump administration handled the pandemic — and how it failed to prevent the virus from spreading widely within the confines of one of the most protected complexes in the world.

Pence and his team so far have tested negative, though his press secretary Katie Miller had to leave Utah on Tuesday "out of an abundance of caution." Her husband, Trump adviser Stephen Miller, tested positive in the ongoing outbreak. (She had the virus herself back in May, and recovered.)

Pence's doctor issued two memos on Tuesday and the head of the Centers of Disease Control and Prevention also weighed in, saying Pence, who had been away from the White House for much of last week, was not deemed to have been in close contact with infected people, and could safely attend the debate.

In Utah, the campaign spent part of Tuesday arguing with their Democratic rivals and the independent commission that organizes presidential debates about plexiglass dividers on the debate stage to prevent the spread of the virus.

Pence has been mostly silent since Trump tested positive last Thursday, the diagnosis touching off panic about the medical status of the commander-in-chief, and raising questions about contingency preparations should Trump become too ill to fulfil his duties.

He appeared before cameras only once, very briefly, on the tarmac, right after Trump's doctors said they would release him from Walter Reed National Military Medical Center. 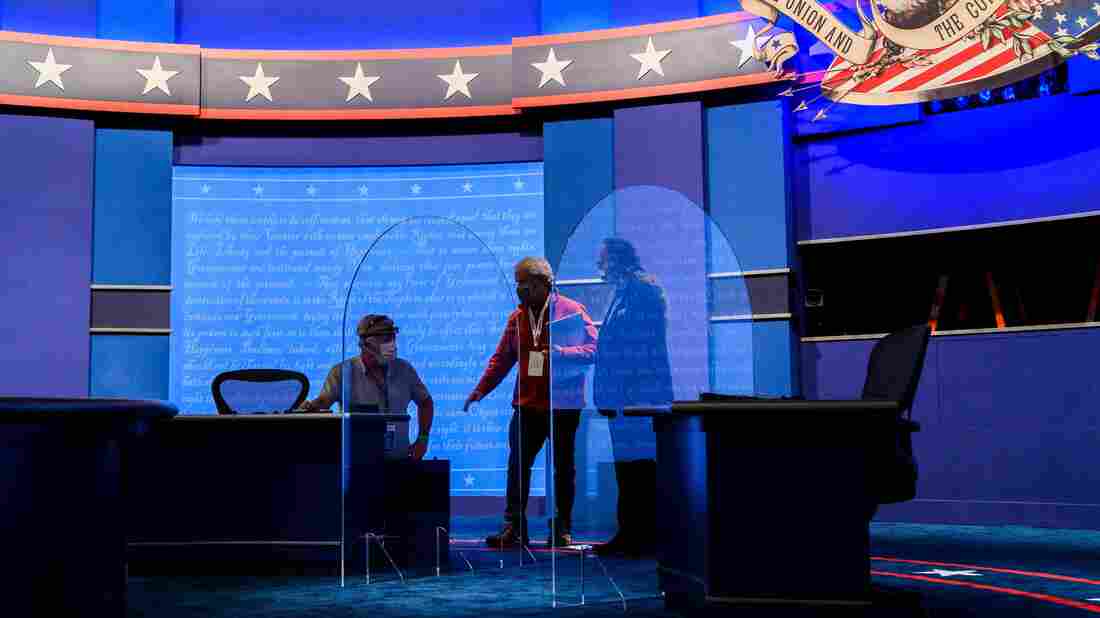 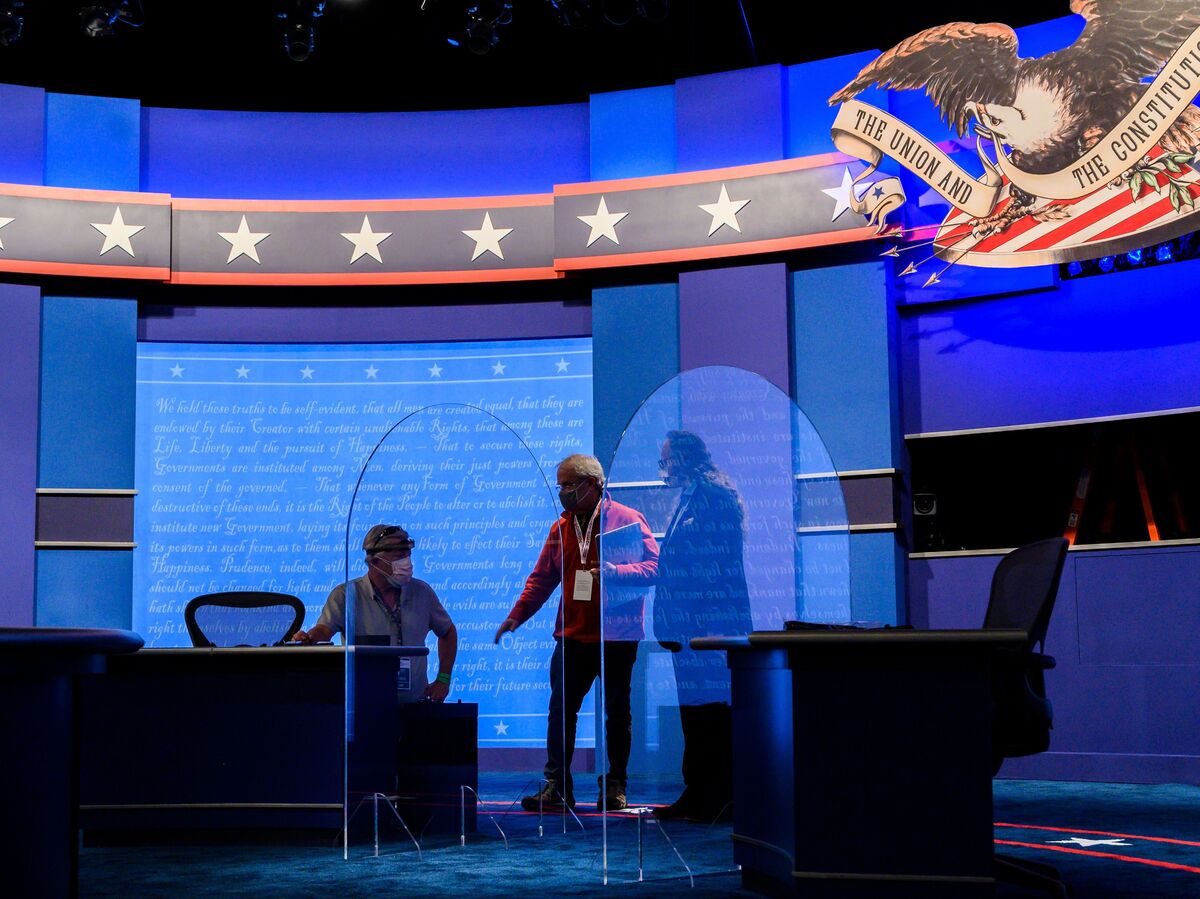 Workers install plexiglass protections on the stage of the debate hall ahead of the vice presidential debate Salt Lake City.

"When the president told me he was headed back to the White House, he told me to head to Utah," Pence told reporters before boarding Air Force Two, ignoring their shouted questions.

Vice presidents — who are elected as part of a team to step in should something happen to the commander-in-chief — always need to walk a fine line when their bosses gets sick or injured, said Joel Goldstein, an expert on vice presidents from Saint Louis University.

"Vice presidents have to be very careful not to sort of appear to overstep, not to be appear to to be inviting power, or courting influence," Goldstein said.

For Pence, Coronavirus Task Force Is A High-Profile Assignment With Political Risk

For example, when former President Ronald Reagan was shot, then-Vice President George H.W. Bush refused to land in a helicopter at the White House, saying that iconic spot on the South Lawn was reserved for the president.

Remaining in the shadow of the president just comes with the territory. But Goldstein says Pence has taken it to another level.

"He's gone to greater extent than any other vice president that I can ever recall in terms of being effusive in his praise of the president, being adulatory — not simply deferential — but perhaps obsequious," Goldstein said.

Pence is also known for his calm and steady temperament — a quality that the Trump campaign could use right now in the chaos of this coronavirus moment, said Republican strategist Scott Jennings.

"He has in some ways been the yin to Trump's yang," Jennings said. "He has just a different attitude and a different sort of public persona. And I actually think that serves him well at a time like this."

With Trump down in the polls, Jennings says Republicans are in desperate need of a win.

And while vice presidential debates don't normally matter to the outcome of elections, this one is more important than usual, given all that is going on, he said.

"Trump is sick and Biden ain't no spring chicken. So, who the vice president is or may be is vital," Jennings said.