Accessibility links
One Man's Journey From Priison To Getting 1.4 Million Back A Voice Told In 'Let My People Vote' Desmond Meade rose from addiction, homelessness, and prison to run a campaign to re-enfranchise more than one million Florida voters; it's a tale of hope, persistence, and the power of organizing.

'Let My People Vote' Tells Of One Man's Journey To Getting 1.4 Million Back A Voice

'Let My People Vote' Tells Of One Man's Journey To Getting 1.4 Million Back A Voice 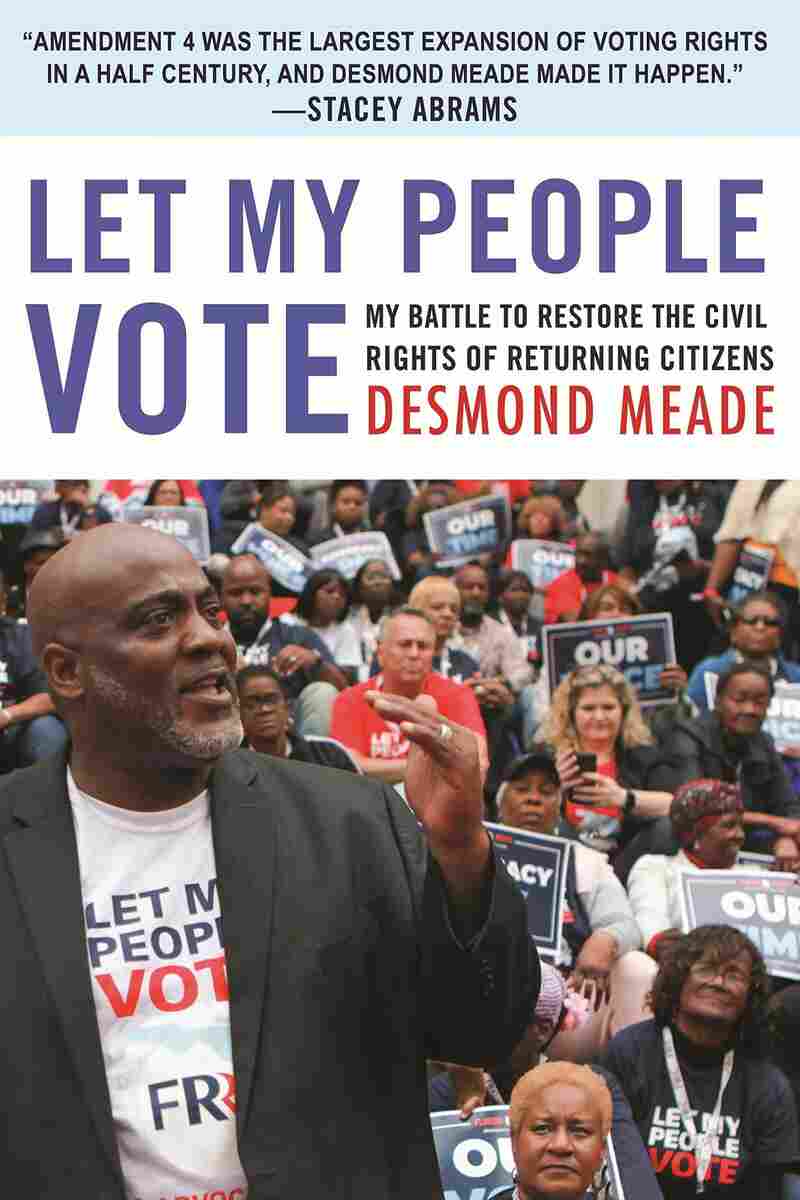 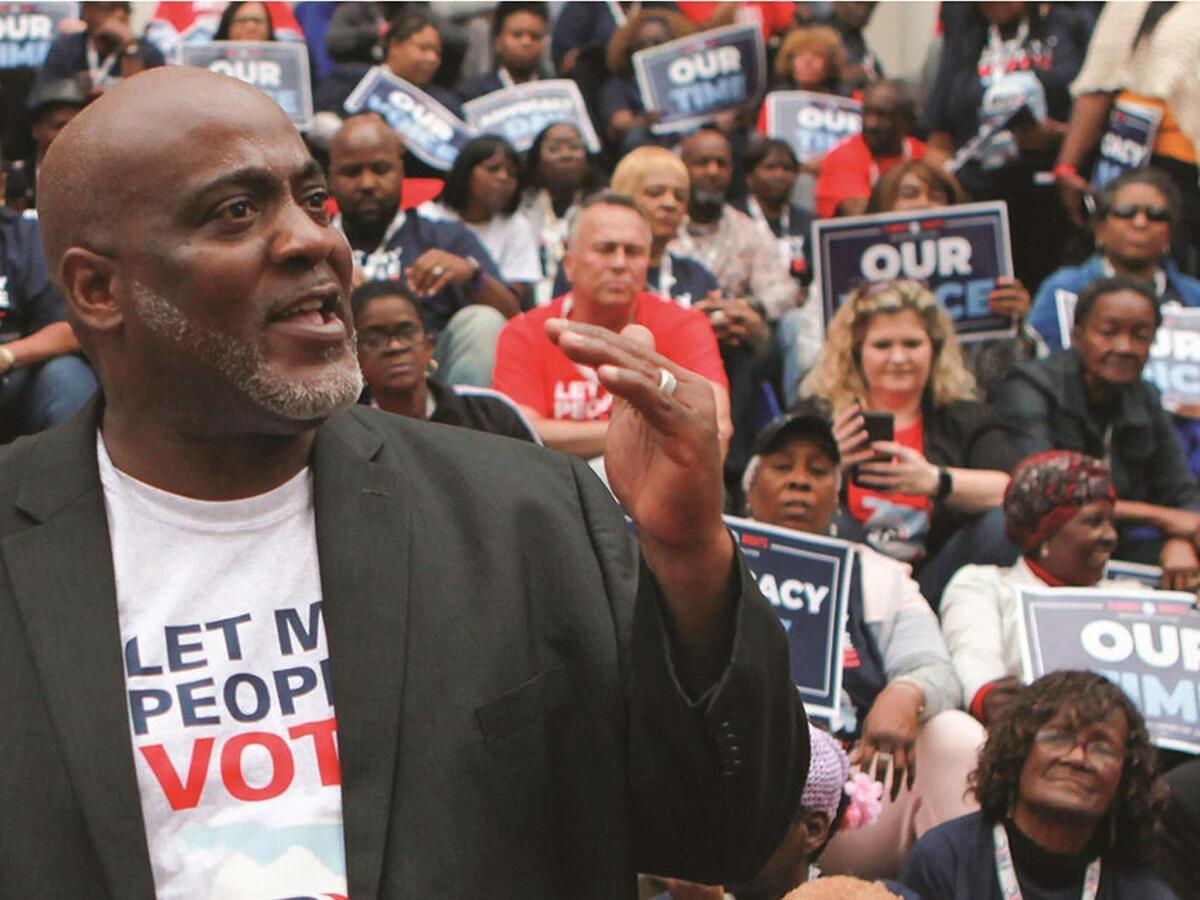 Let My People Vote: My Battle to Restore the Civil Rights of Returning Citizens, by Desmond Meade

Most of the world knows we're in the midst of a very consequential election. Against twin pandemics of illness and racism, deep economic insecurity, and a president whose relentless fearmongering has reached fever pitch, the ability to vote has never been more important.

Desmond Meade's Let My People Vote: My Battle to Restore the Civil Rights of Returning Citizens is a compelling story about one man's rise from addiction, homelessness, and prison to run a successful campaign to re-enfranchise more than one million Florida voters.

Meade had been toiling for years when he "burst" onto the national scene in 2018. In that year's election, more than 60 percent of Florida voters approved Amendment 4, a ballot initiative to restore voting rights to returning citizens (returning to society from prison).

Unfortunately, the story does not end there. But the man and the campaign offer inspiring examples of hope, persistence, and the power of organizing.

Meade recounts a challenging personal history in Let My People Vote. After completing high school, he entered the army. His life went dramatically downhill following his service. He struggled with drug addiction and became homeless. He racked up convictions — arrested for shoplifting, drug possession, and possession of drug paraphernalia. Finally, he ended up in the wrong place (a house where he was squatting) at the wrong time, and was charged with illegal possession of a firearm.

Meade gives a harrowing account of his arrest — writing that the police falsely claimed he'd been standing in a bedroom with a gun in his hand. The gun was in a cupboard and belonged to the owner of the house, he writes — and the owner lied and pointed the finger at Meade, promising to bail him out. "That was fine reasoning," Meade writes, except that due to prior convictions, Meade's "life changed in an instant." He got 15 years.

Incarcerated, Meade not only became a successful jailhouse lawyer, he found a calling to help people. When he left prison, he faced a situation typical in America. As a convicted felon — even one who'd served his time — he couldn't get housing or a job, nor could he vote. Yet he faced dire consequences if he stole so much as a candy bar.

Meade describes the difficulties of finding a treatment program and getting sober. He credits his late mother with his zeal for education. He began taking classes at Miami Dade Community College, astonished that a Black man with a criminal record, living in a shelter, could enroll for free.

In a chapter called "Community Service is My Lottery Ticket," Meade finds his path to leadership. He'd planned on a paralegal career but began volunteering as an anti-homelessness activist. Along with several other promising students, he was selected to represent the college at a lobby day in Tallahassee. On the way, he met the young people who would be pivotal in the "Dreamers" movement. He was hooked on advocacy and went on to get a law degree at Florida International University.

For six years, Meade worked out of this car, crisscrossing Florida, campaigning for an amendment to the state constitution to re-enfranchise former felons. Everywhere he went — in Black communities and white ones — he found support to end the voting ban. Plenty of white people had been disenfranchised and, Meade reminds us, racism is not natural; it's learned behavior. His only support were the people with whom he talked day-in and day-out. In his words, the initiative "was about forgiveness, restoration, and love."

Despite overwhelming bipartisan support, as soon as Amendment 4 passed, Florida Republicans began to undo it. The Republican legislature limited the constitutional amendment so that only former felons who owed no money to the state could register to vote.

Government fines and fees have been used for decades to suspend Americans' civil rights, particularly Black Americans'. According to the Fines and Fees Justice Center:

"People who cannot immediately pay face additional fees, license suspensions, loss of voting rights and, far too frequently, arrest and jail. Millions of Americans get trapped in the justice system simply because they can't afford to pay fines and fees."

Amendment 4 supporters cried foul, citing an unconstitutional poll tax. The lower court agreed. After several rounds in court, however, the 11th Circuit Court of Appeals upheld the law, prohibiting hundreds of thousands of former felons in Florida from registering to vote for the upcoming presidential election. Five out of the six judges in the majority were appointed by Donald Trump.

As recounted in Let My People Vote, the Florida voting rights restoration battle is a story of courage and vision and persistence. Too, it is a stark tale of Florida's Republican leadership overruling the will of the people in a blatant move to suppress votes.

"We will not rest until we live up to the promise of Amendment 4 and see every one of the 1.4 million returning citizens who want to be a part of our democracy have the opportunity to do so."

He concludes Let My People Go on a hopeful note: "I still believe that love will win the day."