Accessibility links
In Rumaan Alam's 'Leave The World Behind,' 2 Families Face The Unknown Together Two families — one Black, one white — find themselves riding out a mysterious disaster in a luxury vacation home. Rumaan Alam's novel is about race, class, trust, bias — and how we respond to crisis. 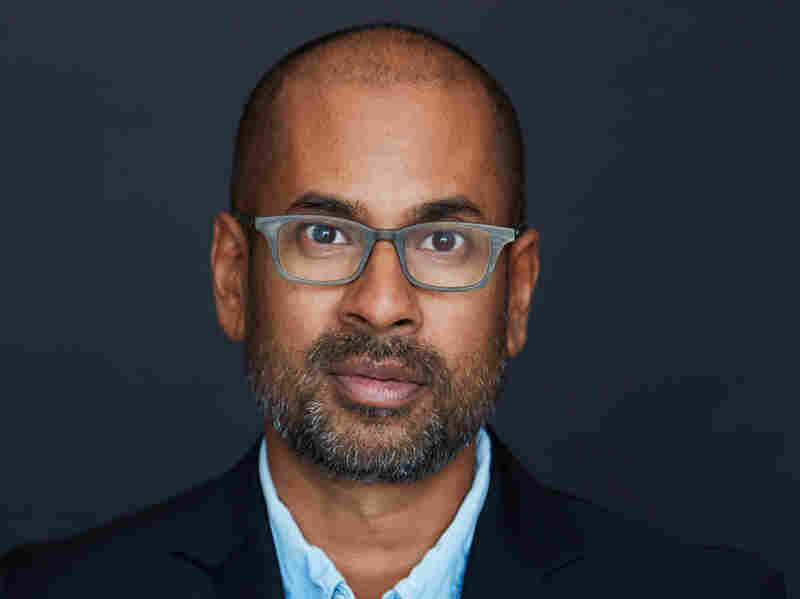 Rumaan Alam is also the author of the novels Rich and Pretty and That Kind of Mother. David A. Land/Harper Collins hide caption 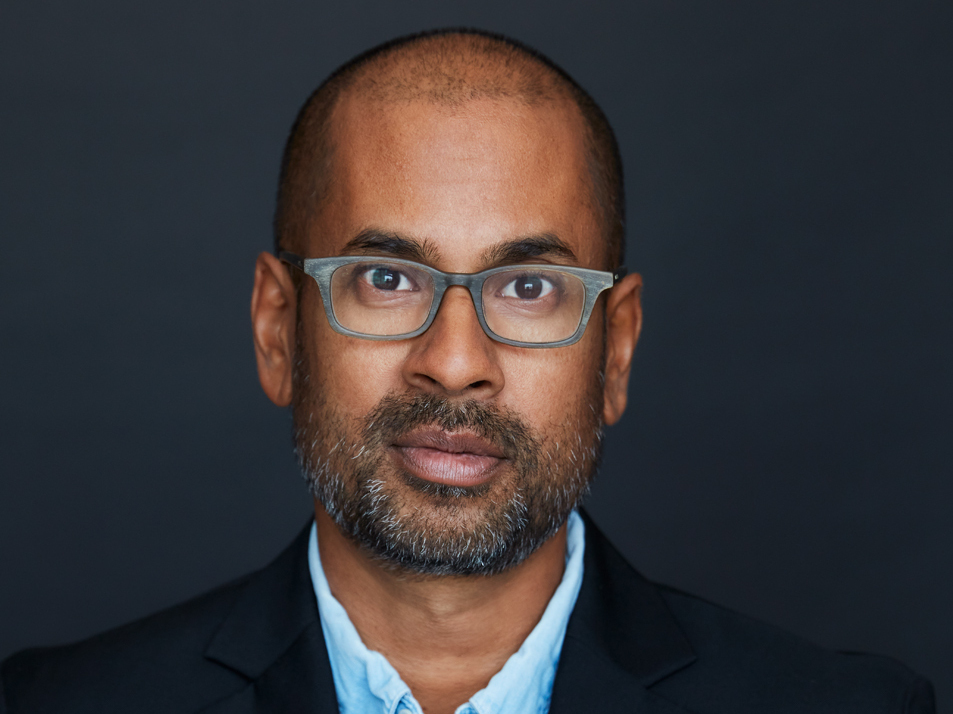 Rumaan Alam is also the author of the novels Rich and Pretty and That Kind of Mother.

Rumaan Alam's latest novel, Leave the World Behind, centers on a white family and an older Black couple who find themselves together in a beautiful vacation house on Long Island while a power outage — and possibly something much worse — grips much of the East Coast.

The novel, which is up for the National Book Award, explores class and race relations — and how we respond to crisis and fear. The juxtaposition between the luxury inside the home and the growing sense of uneasiness outside the house seems to speak to life during the pandemic, but Alam says the connection was purely accidental.

"I could not have foreseen the particular cultural moment into which I'm publishing this book," he says.

Alam, who lives in Brooklyn, felt a particular tension between safety and confinement during the early days of New York City's COVID-19 shutdown: "I felt really trapped earlier this year when it was March and it was kind of cold outside and the playgrounds weren't open and there really was nowhere for me and my kids to go. And it's hard to hold those two things in your head — that you can have the great fortune of having a place to be and still feel a little trapped there."

That tension runs throughout Leave the World Behind: "There's a discomfort in that metaphor of the home — the luxurious home that promises to be this family's getaway — that eventually becomes this family's trap," Alam says.

On the novel's opening chapters, in which the white family who is renting the house opens the door in the middle of the night to an older Black couple who claim to be the home's owners

The reader is meant to feel a bit of discomfort there because, of course, a knock at the door late at night in a place where you're not expecting to be, it feels suspicious, it feels threatening. But this liberal white couple is then forced to confront the fact that their immediate presumption is that this Black couple who show up on their doorstep must somehow be criminals, that they must be lying, that they couldn't possibly have a house this nice because they are Black.

Amanda [the white mother] reflects at one point that they look like they could be the handyman and the maid associated with the house and that maybe this whole thing is just a con. It's an uncomfortable place to be because they're acknowledging some very deep and unflattering preconceptions based on race. At the same time, it is scary. It is nighttime there in this place where they ought not to be and they're not expecting to confront people in the middle of the night on their doorstep. 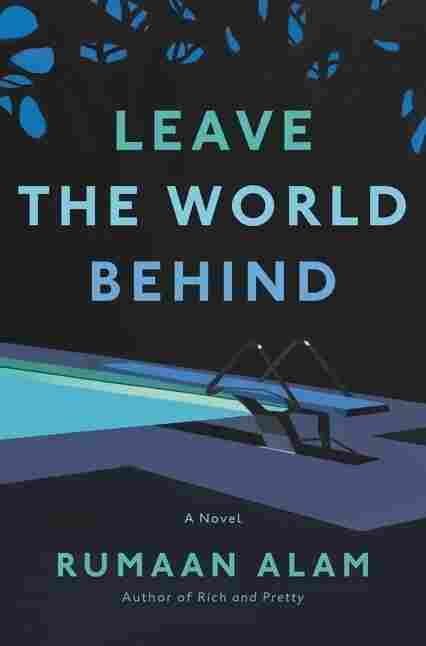 In the middle of 2018, I was working as an editor at The New York Times and I was commuting to work on the subway and it was a big job. I was a busy person and I found myself with that particular itch that I think many people feel when they're away from their chosen art for a little too long. That desire to get back to the work I wanted to be doing. And I was just confronting the reality that I didn't have a lot of give in my days. I was getting home at 7:00 [p.m.] and I wanted to see my family and I was tired at the end of the day. And there's just less time to give myself over to a project.

I use Twitter a lot, maybe too much. And at some point I realized that tweeting is actually just a form of writing, right? ... You're sending communiques out into the void. And that I could use Twitter instead of as a way to air my kind of nonsense observations of daily life, I could use it with a particular goal in mind. I could use Twitter almost the way a writer would use a notebook.

So I made this second Twitter account that summer, and when I was commuting on the subway, I would write sentences and I would try and establish a sense of how the book sounded, what these people looked like, what they sounded like, what their names were, what the voice of the novel was going to be. It's not an exercise that I kept up for very long. I probably did it for four or five weeks. But I do consider that my first foray into the world of the book.

And then when I sat down to write the book, I had already had this preliminary experience inside of the voice of the book, and it came very easily. So a draft of the book came together in about three weeks.

I think that that particular choice reflects the one point of optimism I have about the cultural moment, which is I have a lot of faith in the generation to which my children belong. I think that very young people today see the world for what it is and don't really accept a lot of the mythology that adults try to throw at them.

The children in this book are paying attention in the way that the adults are not, and that reflects my own sense of what is happening generationally in this country.

My kids have a way of thinking about the grim facts of life, whether you're talking about global climate change, whether you're talking about the ongoing and very urgent protests about police violence against Black Americans. There's all of this stuff that my kids have a very keen awareness of. And it is not because I have handed it to them, and it's not because we as parents have forced it upon them.

This is a book that poses, let's say, 15 questions and answers, maybe seven of them. There's a lot that is unknown in the book and that remains unknowable to me, also. ... So much of the point of the book, I think, is that in this contemporary moment, that information does elude us and once we possess it, we still don't really have the answer we think we do.

On defying expectation others had for him as a writer

But I do think that when you talk about the cultural industry as opposed to artistic expression, writers and artists need to be filed by type, they need to be understood as a certain kind of thing. And so there's an expectation sometimes that if you are an Indian artist, you are writing of the Indian experience. If you are a Bengali artist, as I am, you're writing of the Bengali experience.