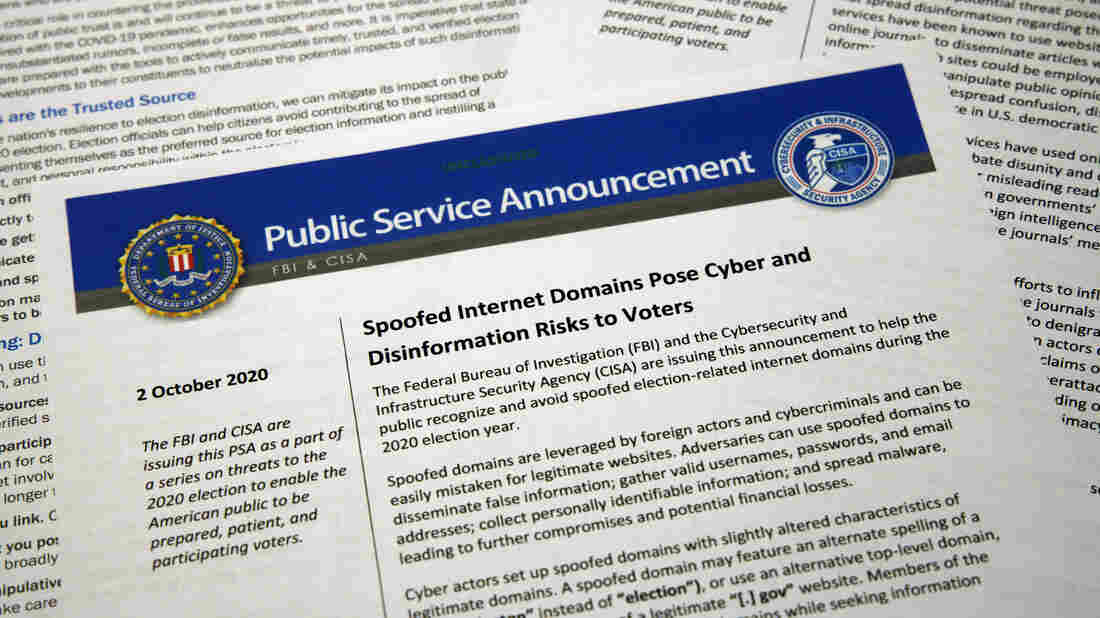 The FBI and other national security agencies say they "won't tolerate foreign interference" in the upcoming election.

Amid President Trump's scorched earth efforts to discredit the results of next month's upcoming election in advance, a bipartisan group of former cabinet secretaries and members of Congress announced a $20 million public education campaign Wednesday, to stress the security of the upcoming election and that "all citizens' votes must be counted, regardless of whom they vote for."

"Americans have always found a way to vote and make their voices heard," the ad proclaims. "Help make sure every vote is counted — no matter who you voted for... While this election might feel different, we all call America home."

Among the former officials behind the effort is Trump's one-time Director of National Intelligence, Dan Coats.

"The most urgent task American leaders face is to ensure that the election's results are accepted as legitimate," Coats, who served in the Trump administration until last year, said in a statement. "Electoral legitimacy is the essential linchpin of our entire political culture."

Trump has frequently attempted to cast doubt on the integrity of the upcoming election, baselessly claiming everything from mail in ballots have been "dumped in rivers" to arguing the election will be "rigged" and refusing to say he will abide by the outcome.

Former Senate majority leader Tom Daschle, a Democratic member of the group, said "This election is about more than who's on the ballot. The integrity of our democratic system is at stake. That's why the National Council on Election Integrity is sponsoring a new, bipartisan public education campaign to ensure that every vote cast in accordance with applicable laws is counted in 2020."

"We're not going to tolerate foreign interference in our elections or criminal activity that threatens the sanctity of your vote or undermines public confidence in the outcome of the election," Wray says. "At the FBI, we're working closely with our federal, state, and local partners to share information, bolster security, and identify and disrupt any threats."

The national security leaders' video also poured cold water on Trump's frequent claim that if if there's no winner declared on election night, it would be due to fraud.

"Because of the changes due to COVID, on November 3rd, we might not know the outcome of our election," said Gen Paul Nakasone, the head of U.S. Cyber Command and director of the National Security Agency. "And that's okay, but we're going to need your patience until official results are announced."