Accessibility links
British ISIS Militants Charged In Killings Of U.S. Hostages The Justice Department has charged Alexanda Kotey and El Shafee Elsheikh over their alleged involvement in the torture and killings of four Americans held hostage by the Islamic State in Syria. 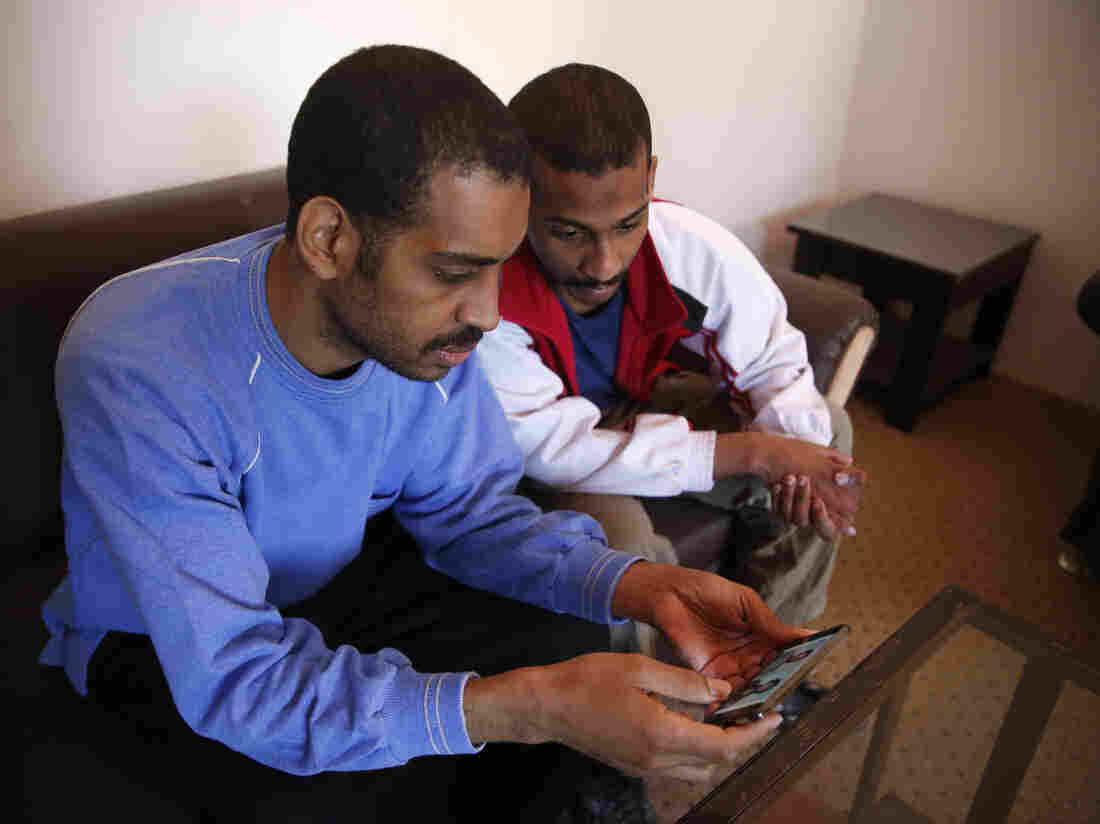 Alexanda Kotey, left, and El Shafee Elsheikh were indicted Wednesday on eight counts. The ISIS militants are accused of being part of an ISIS cell dubbed "the Beatles" in the killings of four American hostages and others. Hussein Malla/AP hide caption 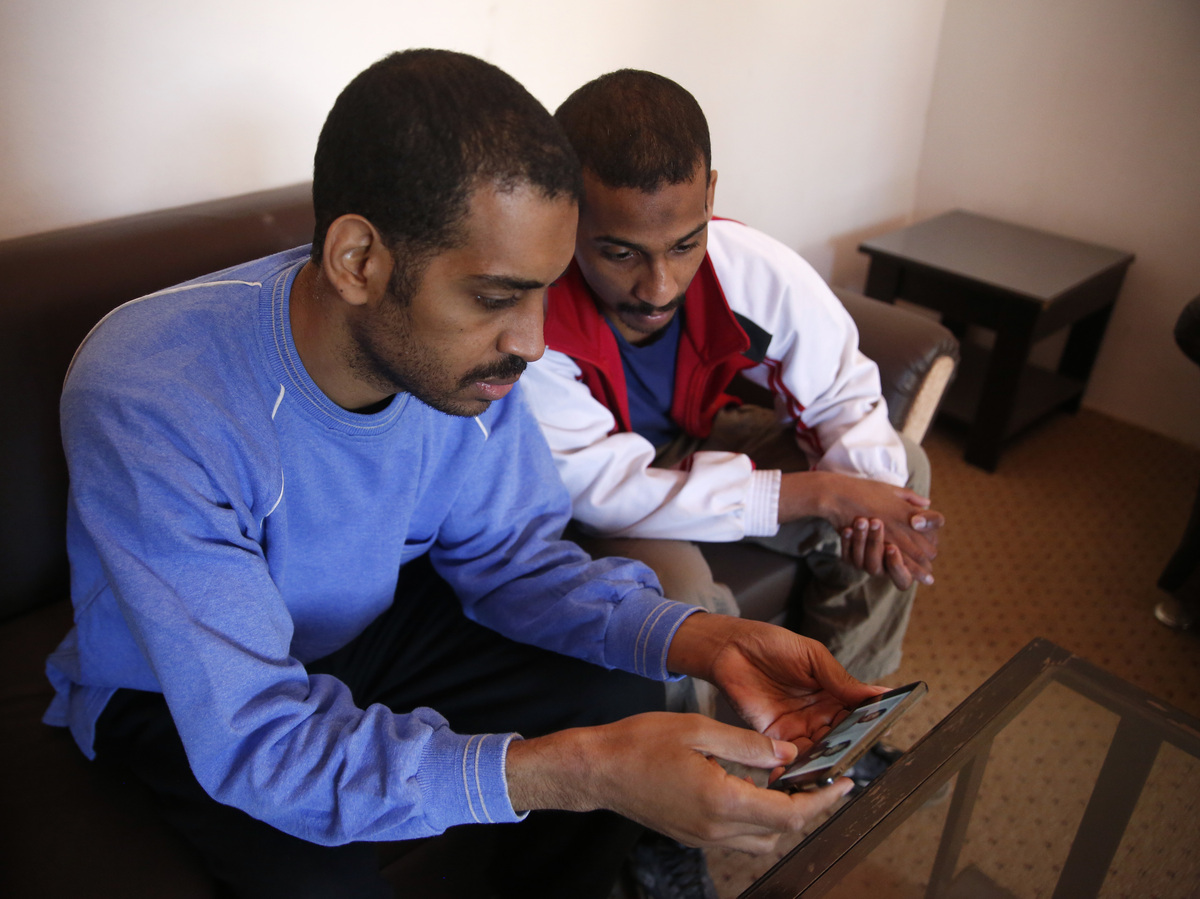 Alexanda Kotey, left, and El Shafee Elsheikh were indicted Wednesday on eight counts. The ISIS militants are accused of being part of an ISIS cell dubbed "the Beatles" in the killings of four American hostages and others.

Two British Islamic State militants accused of belonging to a terrorist cell that beheaded hostages in Syria are facing federal charges in the United States over their alleged role in the torture and killing of four Americans.

Alexanda Kotey and El Shafee Elsheikh face eight criminal counts, including conspiracy, hostage taking resulting in death, and material support to a terrorist organization. The men are expected to make their initial appearance Wednesday in federal court in Virginia.

Kotey and Elsheikh are accused of playing a leading role in a notorious Islamic State cell that kidnapped, tortured and — in some cases — beheaded hostages on camera. They face charges over their alleged role in the kidnapping and deaths of four Americans: journalists James Foley and Steven Sotloff and aid workers Peter Kassig and Kayla Mueller.

The group included four British militants who were given the nickname "the Beatles" by their captives because of their English accents.

"Today is a good day, but it is also a solemn one," Assistant Attorney General John Demers said in announcing the charges. "Today, we remember four innocent Americans whose lives were taken by ISIS."

In a statement, the families of the four Americans welcomed the indictment against Kotey and Elsheikh.

"James, Peter, Kayla and Steven were kidnapped, tortured, beaten, starved, and murdered by members of the Islamic State in Syria," they said. "Now our families can pursue accountability for these crimes against our children in a U.S. court."

According to the indictment, Kotey and Elsheikh both left their homes in London in 2012 and traveled to Syria, where they joined the Islamic State group and fought in its ranks.

They eventually became part of an ISIS cell that was responsible for detaining foreign hostages, including the four Americans.

The militants tortured the captives both physically and psychologically, the indictment says, subjecting them to a range of abuse, including mock executions, electric shocks and beatings.

Mueller, who was taken captive in August 2013, was held at the same facility as the three American men but in a different cell. Court papers say she was sexually abused and raped by ISIS leader Abu Bakr al-Baghdadi.

The cell's leader was Mohammed Emwazi, a British national who became known as "Jihadi John." He appeared in the graphic videos the Islamic State released showing the beheadings of Foley, Sotloff and Kassig as well as British and Japanese citizens.

While Emwazi was the one who held the knife, the indictment says Kotey and Elsheikh were sending emails to the hostages' families demanding ransom. Those missives, the indictment says, were written in clear English and peppered with British phrase and idioms.

Kotey and Elsheikh are the last two members of the ISIS cell to face justice.

Emwazi was killed in an American drone strike in 2015. The group's fourth member, Aine Davis, was captured in Turkey, where he was tried, convicted and sentenced to seven years in prison.