Accessibility links
Focusing On Wildfire Records Might Make The Problem Worse Wildfires in California have set a new record, but some fire scientists say focusing on that number is doing more harm than good. 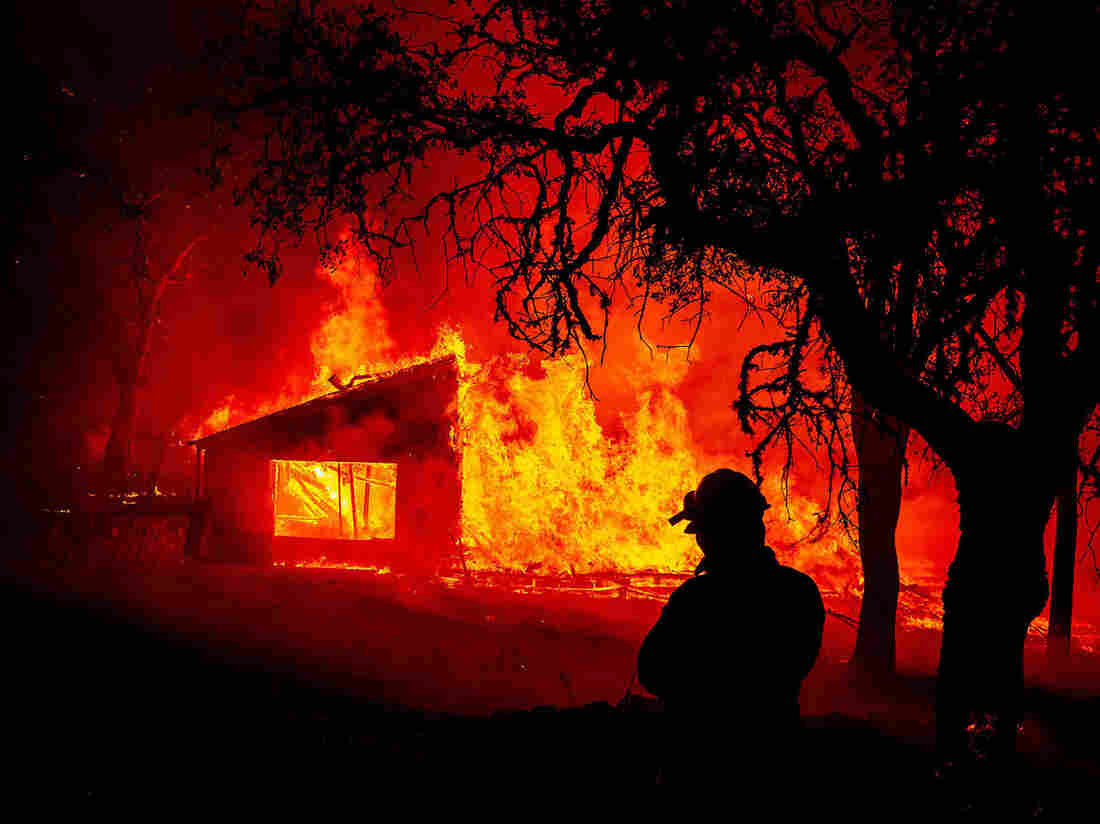 Some of California's most destructive wildfires aren't among the state's largest, so fire scientists advise focusing on homes instead of overall acreage. JOSH EDELSON/AFP via Getty Images hide caption 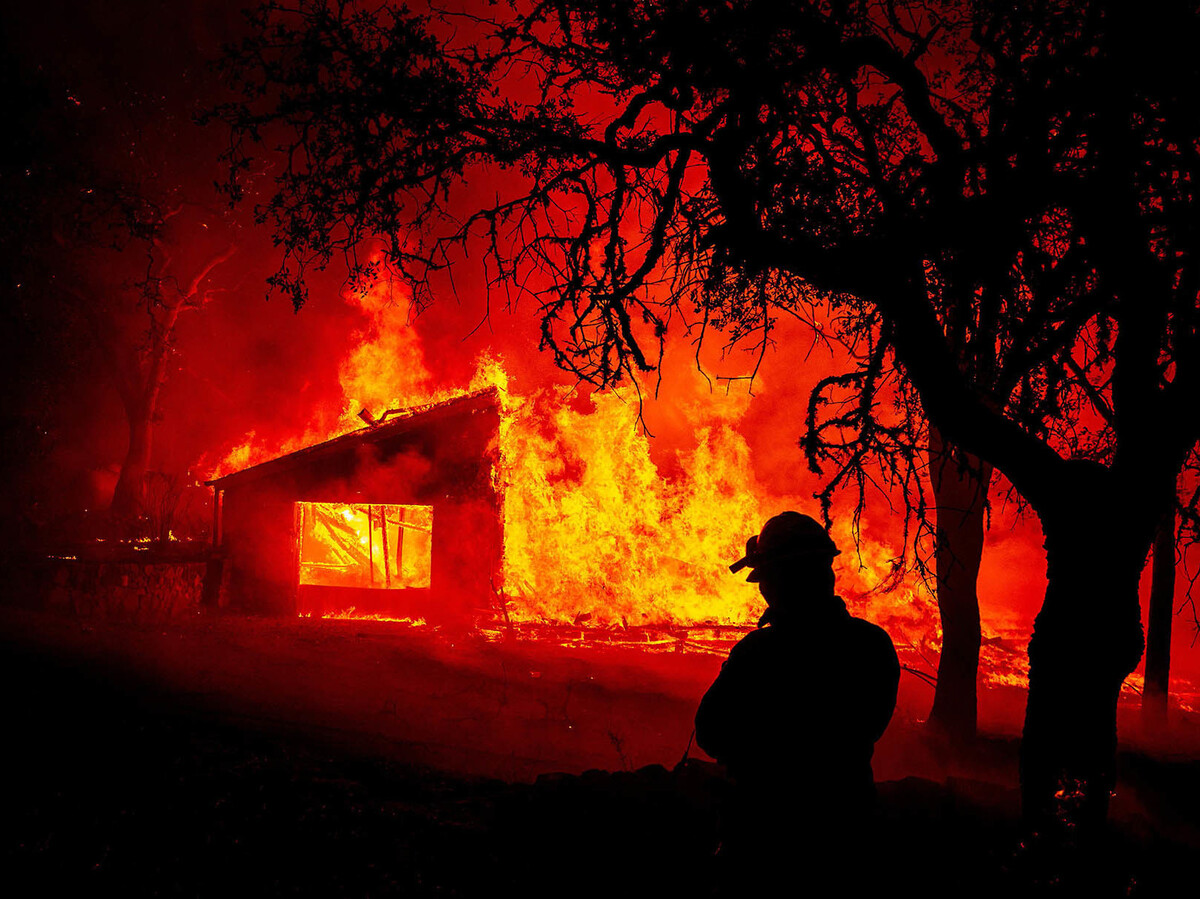 Some of California's most destructive wildfires aren't among the state's largest, so fire scientists advise focusing on homes instead of overall acreage.

Wildfires in the West are producing a parade of chilling statistics. More than 4 million acres have burned in California, the most in recorded history. Colorado saw its largest wildfire and in Northern California, the August Complex has passed the one-million-acre mark, generating an entirely new term: "gigafire."

Still, some fire scientists warn that focusing on these record-breaking numbers could do more harm than good.

Extreme fires this year have taken a massive human toll, both on those evacuated from their homes and on millions of others breathing unhealthy air. Some experts say the focus on acres burned obscures those human costs.

The emphasis on acreage also does little to reframe our relationship with fire, since it implies bigger fires are always "bad."

Fire scientists say returning some fire to the landscape is key to reducing the destructiveness of future fires, either by purposely setting low-grade, controlled burns or allowing wildfires to burn as long as they don't threaten human development. Those fires remove dense and dead vegetation, which has fueled some of the explosive fires this year.

"Even within a single fire, we have to be able to distinguish between the good and the bad and focusing on area burned doesn't allow us to do that," says Crystal Kolden, a fire scientist at the University of California-Merced, writing in the journal Nature.

Instead, some fire scientists say public messaging should focus on the community impact: the number of people evacuated and homes threatened. Fire agencies should also attempt to quantify the benefits a fire may have to natural ecosystems. Wildfire has been absent from many landscapes after decades of suppression and some plants are adapted to and benefit from regular fires.

While 4 million acres may seem staggering, studies show it's on par with California's natural fire cycle over millennia, influenced in large part by Native American tribes who used fire proactively to shape the landscape. Since fires happened more regularly then, they wouldn't have been as extreme.

"We have not been adapting," says Ernesto Alvarado, professor of wildland fire at the University of Washington. "We will never be Native Americans, but we can be indigenious to the land. And one of the things we need to accept: this place burns. The West burns."

1. Instead of reporting acres burned, focus on homes and people

For firefighting efforts, determining how much acreage is burning is crucial for operational planning, as agencies try to coordinate the needed personnel and resources.

"It's the easiest thing for us to calculate," Kolden says. "When you're in fire management, it's the way you report to your superiors."

Still, for the public, wildfire size says little about what's actually at stake.

"It gives you this one perception of fire: that it's all bad and it's something to be battled," says Matthew Hurteau, a forest ecologist at the University of New Mexico.

Often, the human cost of wildfires has little to do with their size. California's three most destructive wildfires aren't among the state's largest. The 1991 Tunnel fire in the Oakland hills was relatively tiny at 1,600 acres, but destroyed 2,900 structures and killed 25 people. Even the Camp Fire, which burned more than 18,000 structures in Paradise, California, isn't even in the top 20, ranked by acreage.

One of the things we need to accept: this place burns. The West burns.

"I think we should concentrate more on the human losses," Alvarado says. "Wildfires in populated areas, it doesn't matter what size those are."

To convey the human costs in the early days of fire, public messaging could focus on the number of homes threatened or how many people are under evacuation orders. As a fire progresses, it can also be measured by the number of homes destroyed or fatalities.

Public authorities could also report on a broader human impact: the number of people experiencing harmful air due to smoke. While detailed maps are available with smoke concentrations, showing the air quality index, there are few measures of the scale of that public health impact. Poor air quality due to smoke is linked to a rise in emergency room visits due to asthma, stroke and heart attacks.

She says: "Focusing on fatalities, focusing on homes is going to get us to the place where we can say: oh, instead of trying to suppress the fire, maybe we should do the things we know minimize home losses."

2. Categorize a wildfire's speed and intensity

In recent years, many fire evacuees have had alarmingly similar stories: with just minutes to spare, they fled their homes as a fast-moving wildfire closed in. Some haven't made it.

"The thing that's absolutely striking to me this fire season is how quickly some of these fires are spreading," Hurteau says. "When we have significant impacts to society, it has a lot to do with how quickly the fire is spreading, because that affects how much firefighters can do." 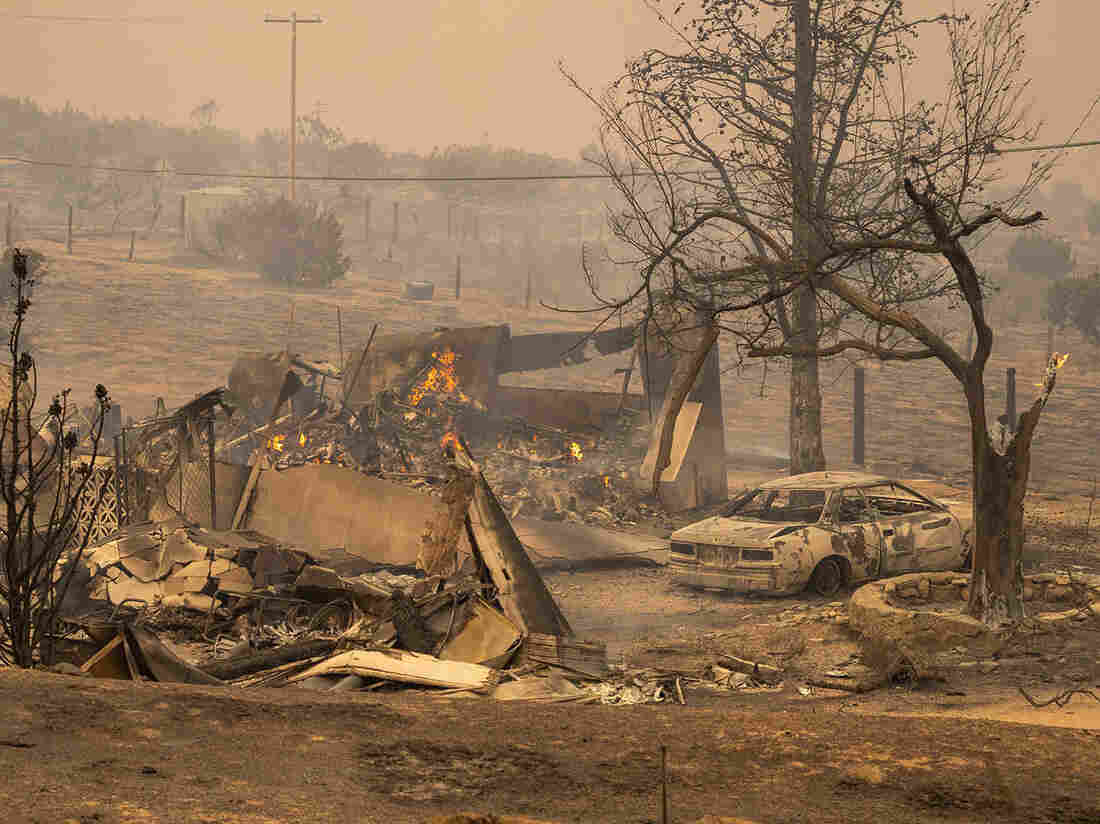 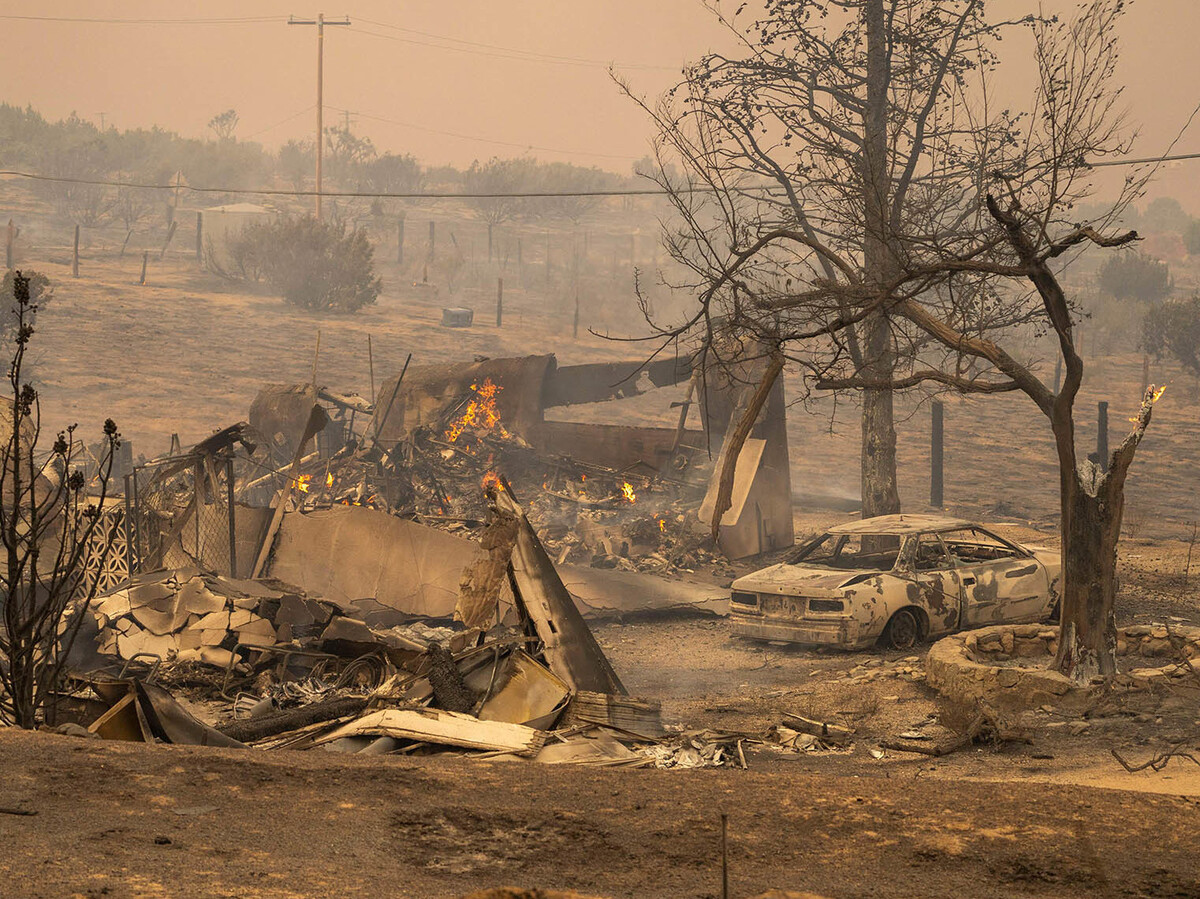 California's wildfires have had devastating impacts on communities, but elsewhere, they've potentially benefitted some ecosystems.

While many fires are driven by high winds, others produce so much heat that they generate their own internal weather, including massive pyrocumulus clouds, fueling rapid growth.

"A fire can start to create its own winds and then become this self-fulfilling prophecy, right?" Hurteau says. "It can really start to drive itself forward."

Hurteau says more communication about that speed and intensity could help the public understand the threat better and take evacuation orders more seriously. Hurricanes are categorized by their wind speed and destructive power, such as a "Category 5" storm. Wildfires currently have no rating system, aside from a "red flag" warnings about high wind events.

3. Describe the benefits to the landscape

It's a jarring thought to consider, but even wildfires that destroy homes and buildings in one area can still have a positive impact on the ecosystem elsewhere. California's forests, in particular, are adapted to regular burning.

"If you don't allow fire to burn in those places regularly," Kolden says, "you get a build up of too many trees, too much shrubs in the understory and that is what we have seen is driving a lot of these really large fires."

Ideally, when a wildfire returns to those ecosystems, it can create a fresh start, allowing fire agencies and land managers to ensure they don't become overgrown again.

How wildfires affect an ecosystem can vary. While it may look like a blob on a map, a fire often burns very differently within its boundaries. Some patches experience severe fire, while others may experience low-grade burning. The fire may skip large pockets altogether, creating islands of living plants and vegetation that send seeds to regenerate burned areas.

Kolden says creating a scorecard for these benefits could help the public see the importance of fire, even if the air is smoky.

But with warming temperatures and overgrown landscapes, not all wildfires are helpful. Some ecosystems are experiencing such intense burning that it hampers their ability to bounce back. If too many trees are killed in some pine forests, they don't seed a new generation of trees, allowing brush to take over and creating a permanent ecological shift.

"A more important measure is what fraction of an area burned is characteristic of the ecology of that region vs. uncharacteristic," Hurteau says. "That'll give us insight into how the ecosystem will respond."

4. Describe how climate change is making it all worse

Average annual temperatures are rising in the West. And even small increases are creating runaway impacts.

Outside of California, other Western states are experiencing fires beyond their normal fire seasons. In the Pacific Northwest this year, drought conditions have fueled several large wildfires. Normally wet forests, like those in Oregon, are drying out earlier in the year.

While fires are normal in California in October, they're rare in the Southwest because of cooler temperatures and the arrival of monsoon rains. But this year, the rainfall was remarkably low, on top of record heat waves.

"We have the potential for a significant fire event on a day like today in October, which is really unusual," Hurteau says . "And that's a climate signal for sure."

Describing how wildfire seasons are shifting could help the public understand how climate change can cause a cascade of effects. Fires are shifting beyond the bounds of what is known.

"This is going to become more common," says Hurteau. "Especially with a warming climate."