Accessibility links
'Cubed,' Ernő Rubik's Book About The Rubik's Cube, Is Full Of Twists And Turns Hungarian architect Ernő Rubik invented his fun (and frustrating) colorful cube in 1974. He tells that story, and talks about creativity, curiosity, play and puzzles, in Cubed: The Puzzle of Us All. 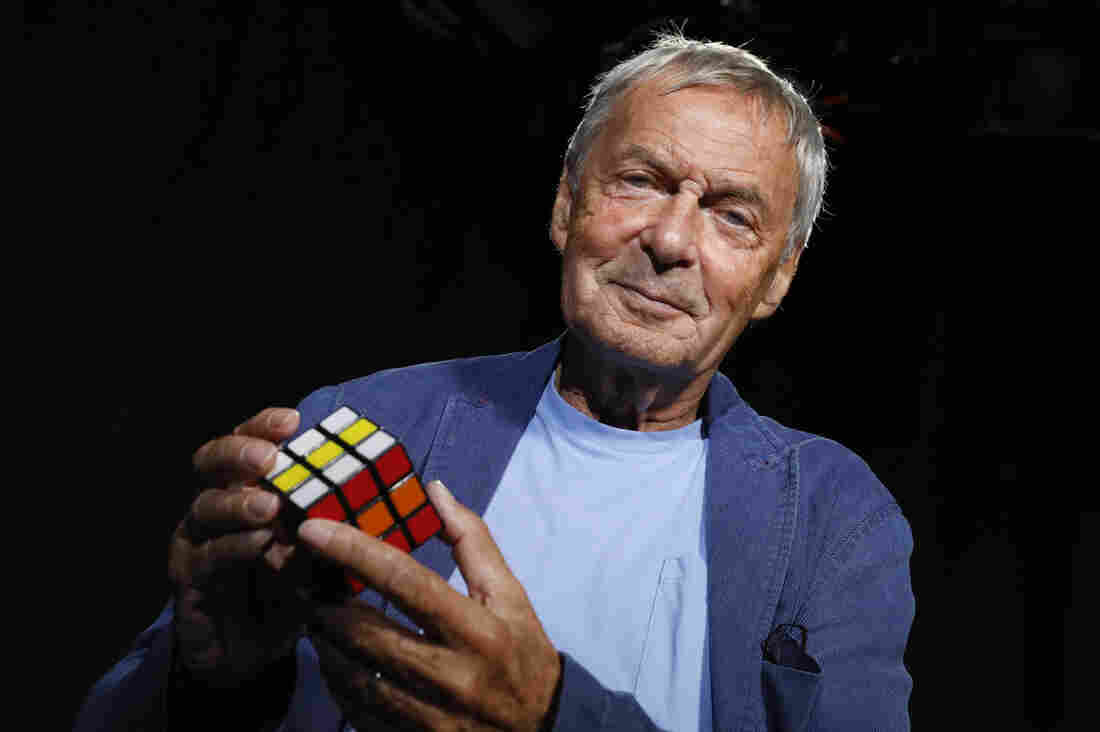 Architect and inventor Ernő Rubik says people were shocked when he didn't become a full-time puzzle maker after the success of his Rubik's Cube. His new book is called Cubed: The Puzzle of Us All. Richard Drew/AP hide caption 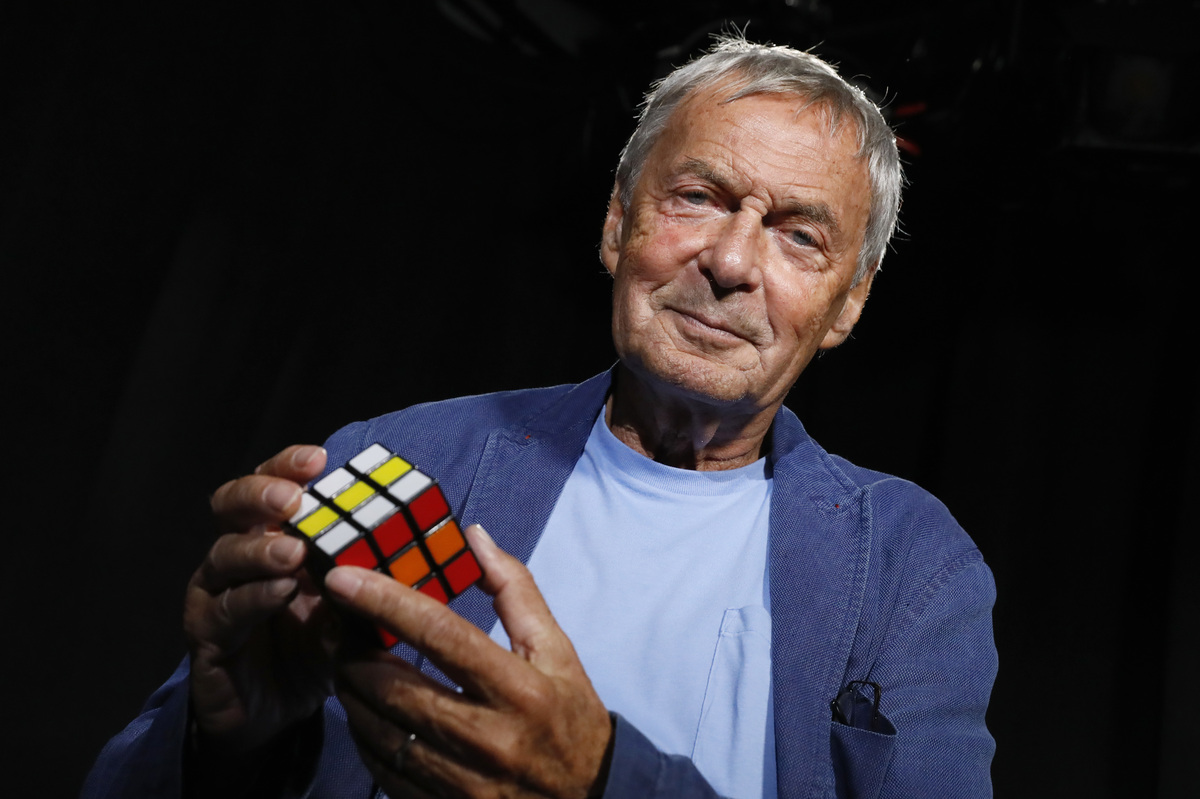 Architect and inventor Ernő Rubik says people were shocked when he didn't become a full-time puzzle maker after the success of his Rubik's Cube. His new book is called Cubed: The Puzzle of Us All.

Hungarian architect Ernő Rubik takes play very seriously — and suggests we could all lighten up. "Most people are taking most of the things too seriously," he says. "They really can't enjoy life because of that."

If Rubik's name sounds familiar that's because he's the inventor of the Rubik's Cube — that fun (and frustrating) colorful cube puzzle.

And Rubik knows a thing or two about success. He was obsessed with puzzles and solving problems as a kid. He invented the cube in 1974, and when it was first sold in Hungarian toy shops in 1977 it flew off shelves.

His new book, Cubed: The Puzzle of Us All, tells the whole story. 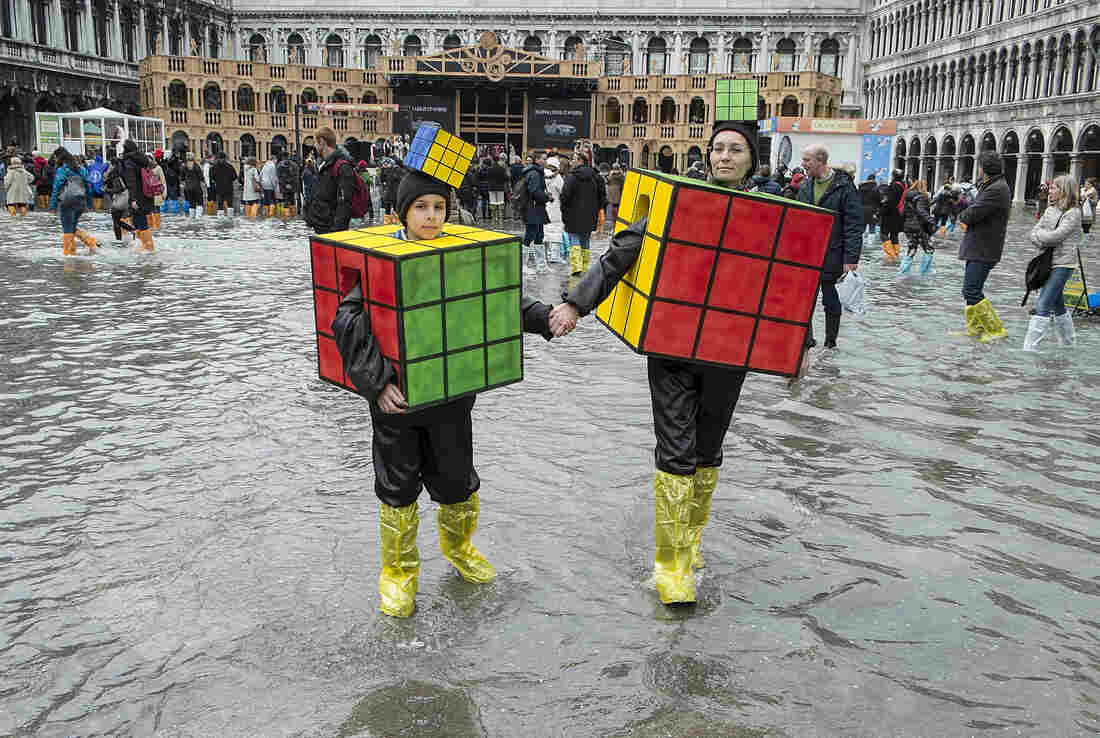 In the first three years that the cube was licensed to an American company, it sold 100 million copies around the world. Rubik never imagined it would have that kind of appeal. People tended not to buy difficult puzzles, he explains.

But the Rubik's Cube, "made it really fashionable to have a puzzle," he says. "To play with it and to show to others: I can do it ... how to learn it."

(Solution books were also quite popular in those years, he says.)

But Rubik found the toughness of the puzzle — the billion ways to scramble it – deeply motivating. "I found it difficult. More difficult, more enjoyment to solve it," he says.

And he loved that the cube tapped into a community of people worldwide who felt the same way. "It had some kind of magnetic force for us," he says. "I had the feeling I'm not alone in the world ... they like the same level as I like." 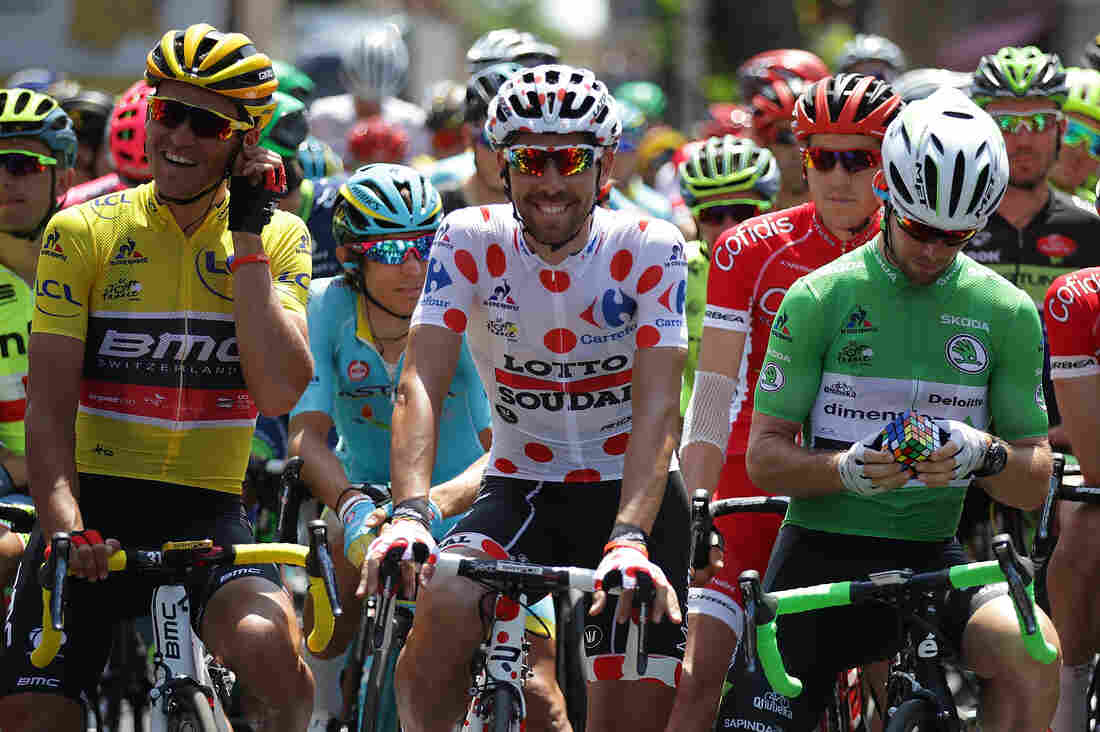 Mark Cavendish of Great Britain works on a Rubik's Cube on the start line prior to stage seven of the 2016 Tour de France. Chris Graythen/Getty Images hide caption

Plenty of us have never solved a Rubik's Cube, but world competitions abound for speed cubers. Real die-hard players can unscramble it in mere seconds!

Ever heard of the Guinness World Record for the most Rubik's Cubes solved one-handed while hula hooping? Well, 11-year-old Sankavi Rathan from Mississauga broke it earlier this month by solving 30 of the 3D puzzles in less than an hour. pic.twitter.com/qApnGzQPYs

Cubers solve underwater, blindfolded, with their feet, on unicycles ... and of course robots have gotten pretty good at them, too. 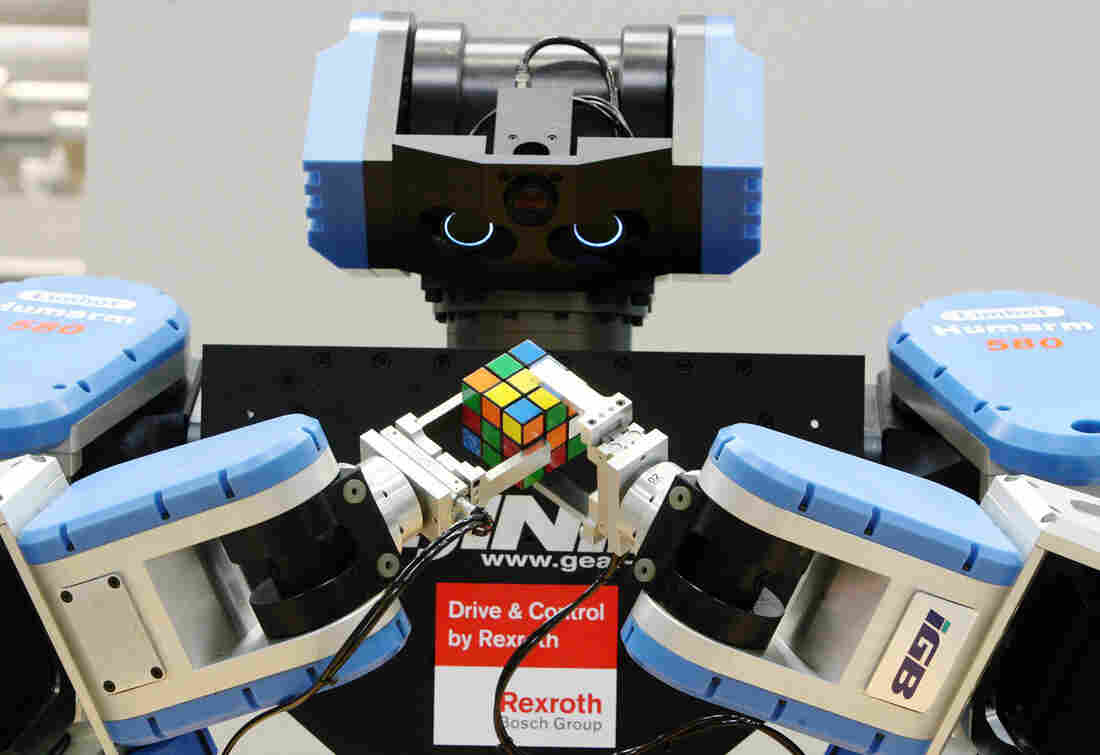 A robot works on a Rubik's cube at the trade fair grounds in Hanover, Germany in 2007. David Hecker/DDP/AFP via Getty Images hide caption

For Erno Rubik, it's pure joy that he has hooked generations of kids and adults with his twist turning puzzle. 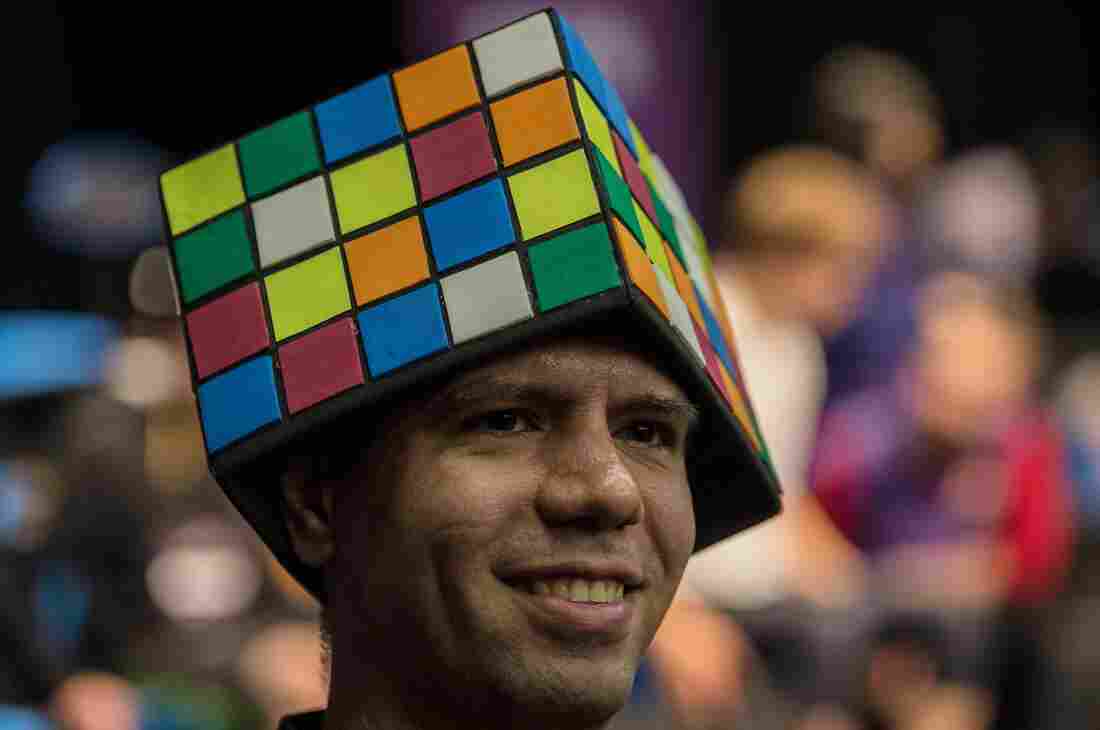 Bo Hamby and Reena Advani produced and edited this interview for broadcast. Beth Novey adapted it for the Web.