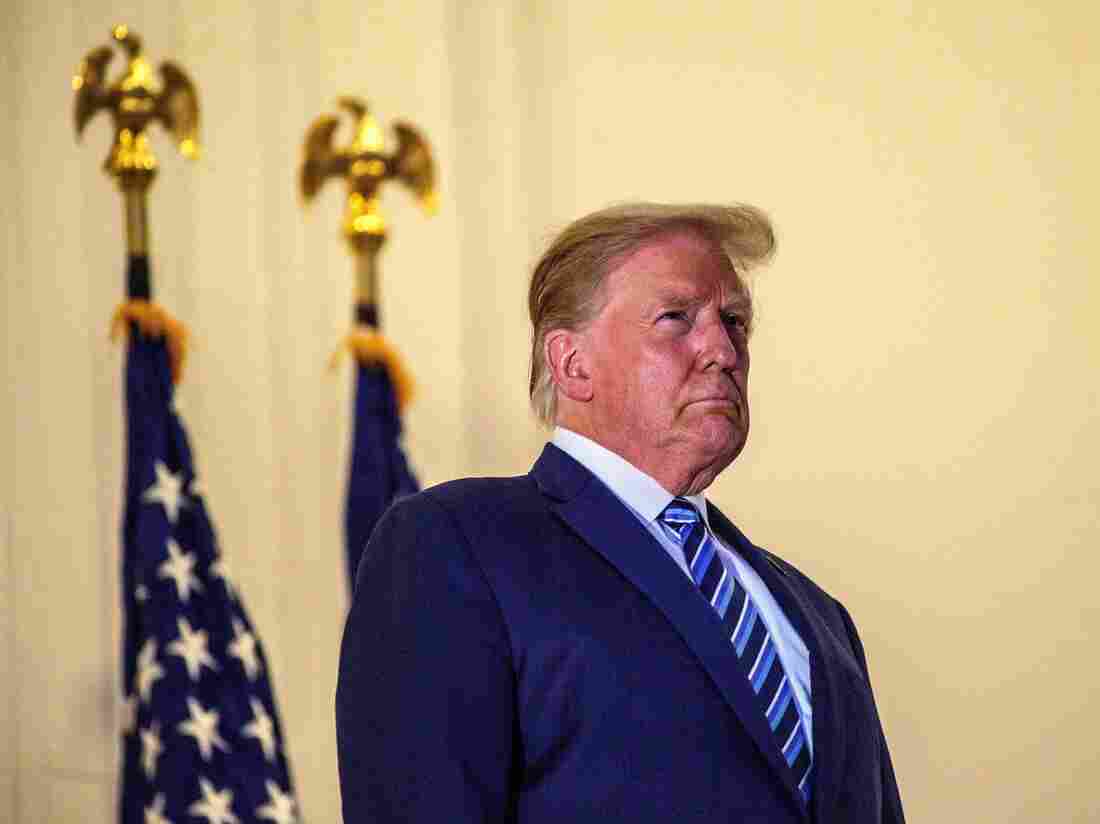 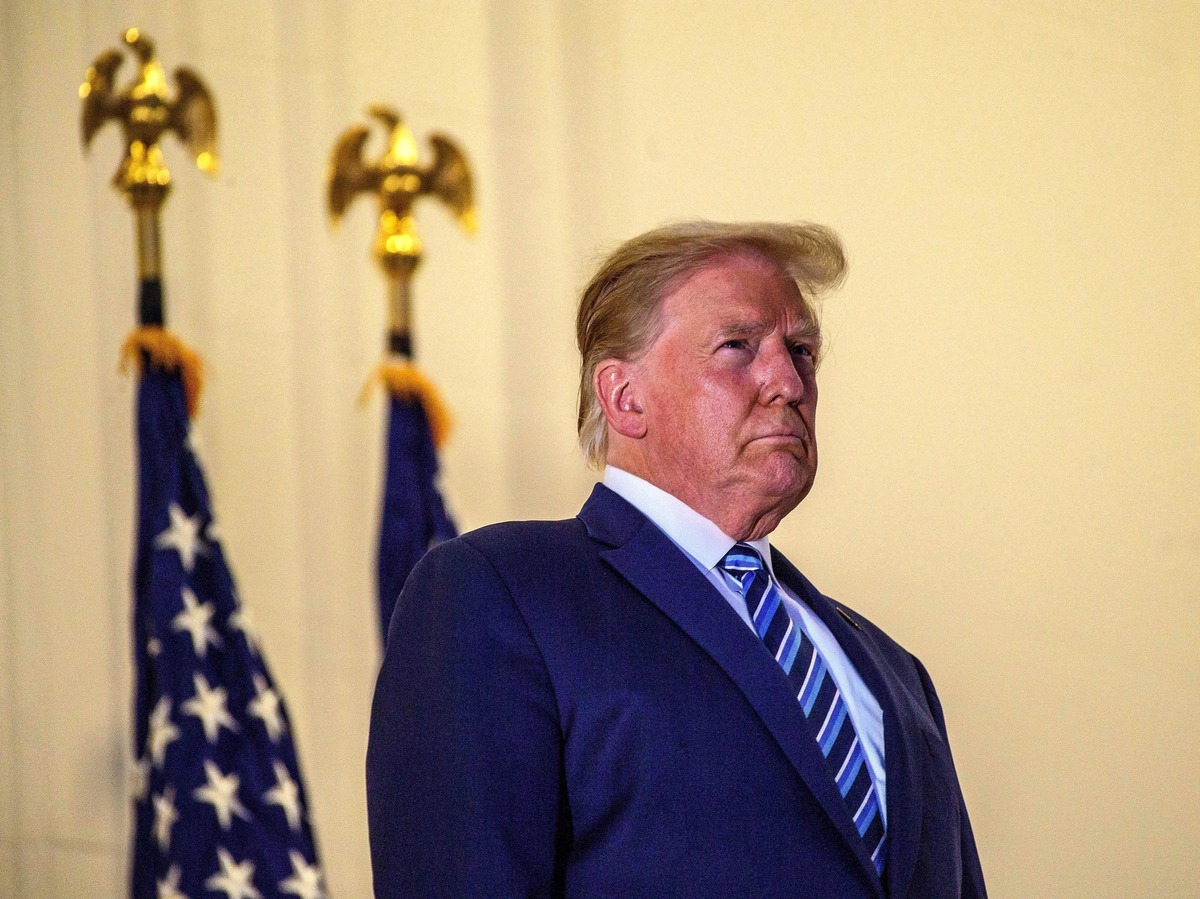 President Trump looks out from the White House on Monday after his release from Walter Reed National Military Medical Center.

Democrats on Thursday made it clear they felt President Trump was at least in part to blame for an alleged scheme to kidnap the governor of Michigan, citing the president's divisive rhetoric that has often found support among white supremacists and other hate groups.

The FBI said it had foiled a plot by militia members to kidnap Gov. Gretchen Whitmer, a Democrat, and take her to a secure location in Wisconsin for "trial." Six men have been arrested and are facing federal charges. In a coordinated move, seven more people with ties to a far-right militia group are facing state charges in Michigan pursuant to the state's anti-terrorism act.

In a Thursday press conference, Whitmer thanked law enforcement for their efforts to bring "these sick and depraved men to justice." She also pointed to language by the president, particularly Trump's recent refusals to condemn white supremacists, as inciting this sort of political violence.

There was not any evidence that those involved in the alleged kidnapping plot were motivated by Trump, but Whitmer accused the president of legitimizing the actions of violent hate groups through his rhetoric.

On Thursday evening, Trump tweeted praise for the Justice Department for its work in thwarting the alleged plot. "I do not tolerate ANY extreme violence," he said. "Defending ALL Americans, even those who oppose and attack me, is what I will always do as your President!"

...I do not tolerate ANY extreme violence. Defending ALL Americans, even those who oppose and attack me, is what I will always do as your President! Governor Whitmer—open up your state, open up your schools, and open up your churches!

"President Trump has continually condemned white supremacists and all forms of hate. Gov. Whitmer is sowing division by making these outlandish allegations. America stands united against hate and in support of our federal law enforcement who stopped this plot," McEnany said.

Whitmer and Trump have been frequent critics of one another in recent months, sparring over the coronavirus crisis and how best to resolve it.

In April, protesters frustrated with Whitmer's stay-at-home order, some armed, entered the state Senate gallery and tried to access the House chambers.

The next day, Trump said Whitmer should "give a little" and that the protesters "are very good people, but they are angry."

The Governor of Michigan should give a little, and put out the fire. These are very good people, but they are angry. They want their lives back again, safely! See them, talk to them, make a deal.

Earlier in the month, he tweeted "LIBERATE MICHIGAN," along with other states — an apparent opposition to governors' stay-at-home orders.

"White supremacists and these militias are a genuine threat. I've got to compliment the FBI and the police agencies for what they did and how they stepped up. But look, the words of a president matter," Biden said.

"They can cause a nation to have the market rise or fall, go to war or bring peace. But they can also breathe oxygen into those who are filled with hate and danger. And I just think it's got to stop. The president has to realize the words he utters matter."

Biden said both he and his running mate, Sen. Kamala Harris, had spoken to Whitmer about the incident.