Accessibility links
Interview: Maggie Smith, Author Of 'Keep Moving' Smith says she started writing Keep Moving as her marriage was ending. It began as a series of affirmations she wrote for herself on Twitter; she found that the posts were helping other people too. 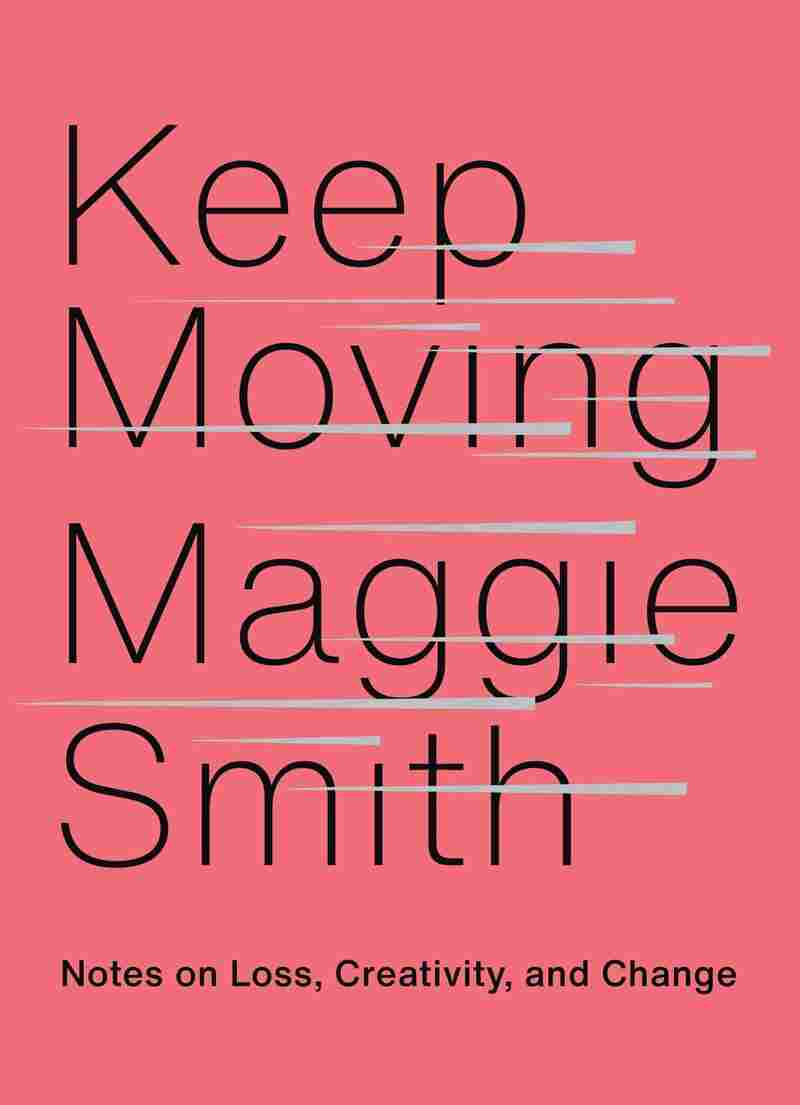 Have you ever had this experience? You were having the most awful, terrible day and a stranger does something kind, and it nearly brings you to tears.

Maybe they wave you on instead of honking when you cut them off in traffic. Or maybe you get to the front of the coffee line to find the guy in front of you already paid for your drink.

And in the midst of your total misery, this total stranger has done you a good turn. And it means the world. Reading Maggie Smith's new book Keep Moving feels kind of like that. It is a meditation on kindness and hope, and how to move forward through grief.

Smith says she started writing the book as her marriage was ending. "Keep Moving began as sort of 'notes to self' that I wrote for myself each day to pep-talk myself through this really dark time. And I posted them on Twitter as a way to hold myself accountable and to sort of share my struggle with others. And a couple of surprising things happened because of those tweets. I found my way into a new kind of optimism that I hadn't experienced before, and I found that the posts were really meeting people where they were in their lives at that time, too."

Other people can tell you, in hard times, "You're going to be fine." But if you're not telling yourself that, sometimes it's hard to believe.

On writing the book she needed to read herself

Other people can tell you, in hard times, "You're going to be fine." But if you're not telling yourself that, sometimes it's hard to believe. And I think one of the things I realized when writing this book is the most important conversation that you have each day is the one you have with yourself. And if that's not a kind and gentle, sort of brave-making conversation, then what other people are telling us sort of slips off of us.

On trusting that the present moment has something to teach you

I think in some ways this really summarizes what what I was trying to do with the book, which is to think about reimagining my life at a time where I thought it was over. You know, it felt like a catastrophic change. If I imagined a Venn diagram of emotions, I think my feelings was sort of that spot where fear and sadness and anger and confusion overlap. It's not a good Venn diagram ... And I think we are all feeling a lot of that now because of the pandemic, because of so much unrest in this country and in the world. And we have to think about, not the life that we had last year, but thinking about what the life we have now still offers us, and what is still possible in the future.

On how to feel hopeful right now

I sort of joke in the book that I'm a recovering pessimist, which is to say that before my divorce, I used pessimism almost as self-protection, which is to say, "Oh, I won't get the job. They probably won't publish the poem." And I think a lot of us do that as a way of guarding against getting our hopes up, because if we expect the worst, we'll just be pleasantly surprised if things go well and if we expect the worst and the worst happens. Well, then we were right. And I realized in the middle of this time ... I couldn't live like that, because I just couldn't function with that sort of pessimism, either as a writer, as a human, as a parent. But also really thinking about it logically — as many things can go right as can go wrong. And, you know, remembering that was really important, and remains really important to me.

On whether, as a recovering pessimist, she believed the hopeful things she wrote

I sort of say that hope was like a garment that I tried on every day. And at first it was very oversized and itchy and misshapen and uncomfortable, and it didn't fit at all. The idea of finding optimism in your darkest moment seems very counterintuitive, and it felt really strange, even though I knew it was probably what was best for me. But something really strange happened, which is that the more I tried it on for size, the better it fit, and also the more that I told myself it's going to be OK, and told myself that publicly — being vulnerable in front of thousands of people — the response I got from people who were going through their own struggles, whether it was divorce or a diagnosis, the comfort that other people were receiving from what I was writing actually gave me a sense of purpose and made me feel better in that moment, which was completely unexpected.

This story was produced for radio by Jason Fuller and Courtney Dorning, and adapted for the Web by Petra Mayer