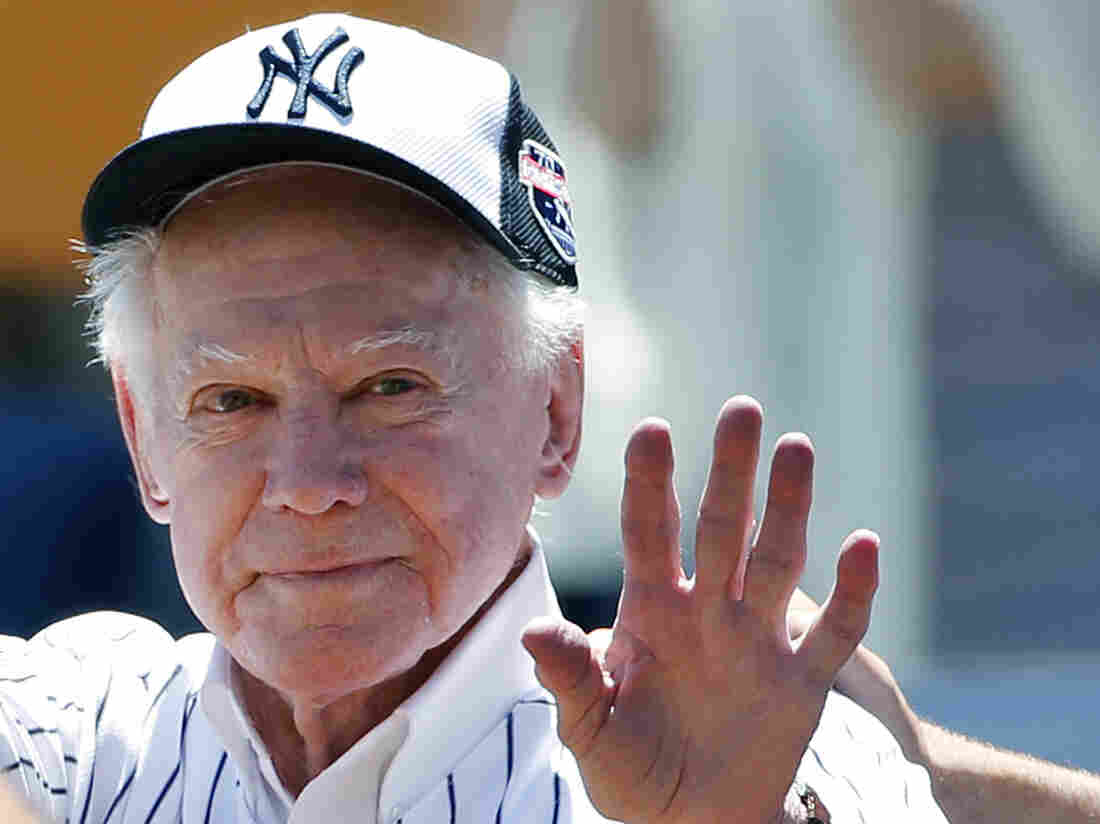 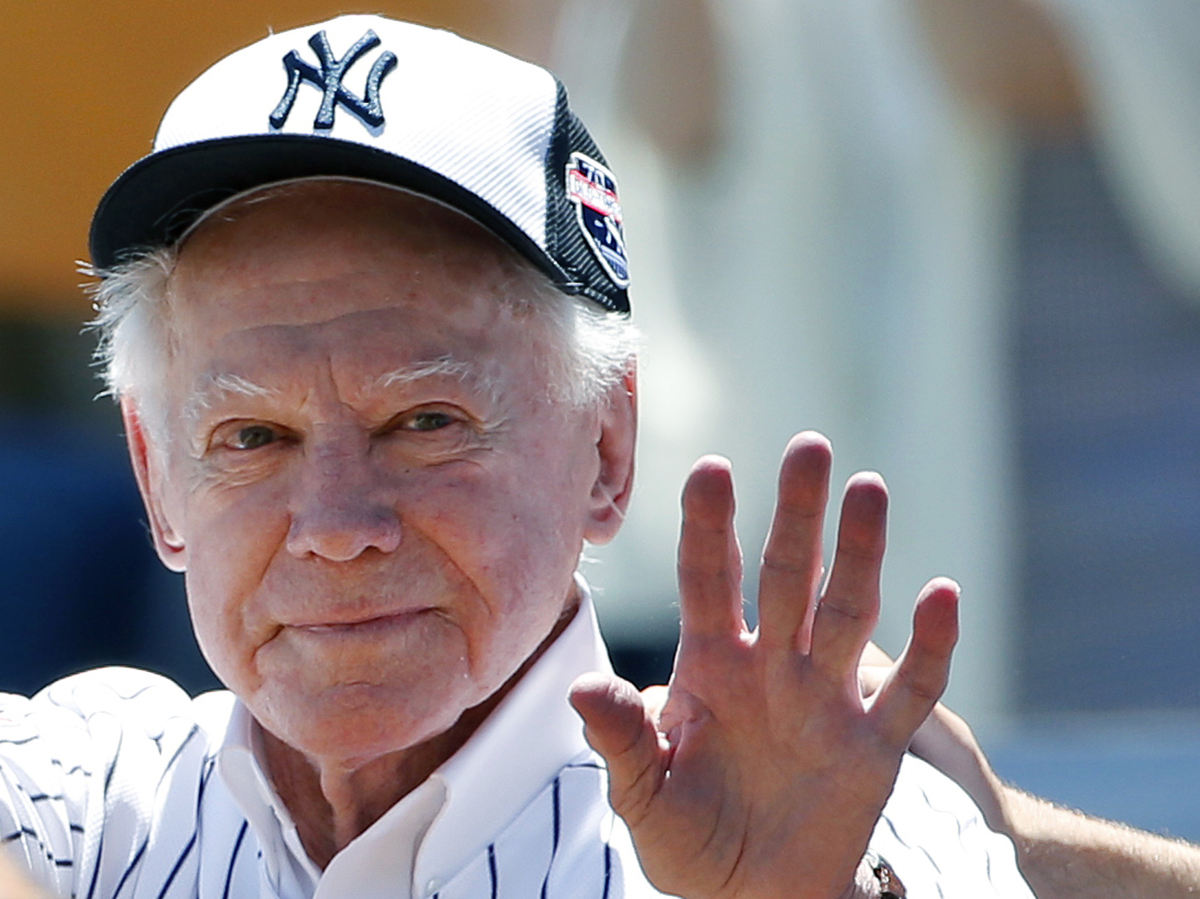 Former New York Yankees pitcher Whitey Ford, shown here waving to fans in 2016, has died at the age of 91.

Legendary New York Yankee Whitey Ford, the southpaw pitcher whose dominance during the 1950s and 1960s helped cement the Bronx Bombers as perennial champions, has died. He was 91.

The Yankees announced his death on their official Twitter page, calling Ford "one of the best lefties to ever toe the rubber."

The organization did not disclose the cause of death. It added that "he will be sorely missed."

Ford spent his entire career with the franchise, where he won six World Series championships and named to 10 All-Star teams.

The Yankees are incredibly saddened to learn of the passing of Hall of Famer Whitey Ford. Whitey spent his entire 16-year career as a Yankee. A 6x WS Champion and 10x All-Star, The Chairman of the Board was one of the best lefties to ever toe the rubber. He will be deeply missed. pic.twitter.com/2KDi4V9SeA

Nicknamed "Chairman of the Board," Ford still holds the team record for most wins by a pitcher (236), with a career .690 winning percentage. In 1961, he also won the Cy Young Award, which honors the MLB's top pitchers.

"Whitey earned his status as the ace of some of the most memorable teams in our sport's rich history," Manfred continued. "Beyond the Chairman of the Board's excellence on the mound, he was a distinguished ambassador for our National Pastime throughout his life. I extend my deepest condolences to Whitey's family, his friends and admirers throughout our game, and all fans of the Yankees."

He pitched on the powerhouse Yankees teams of the 1950s and 60s with other well-known names of that era: Joe DiMaggio, Mickey Mantle, Roger Maris and Yogi Berra.

He was not overpowering, but struck out batters with finesse and mixing up his pitching style from batter to batter. He also was known to doctor the baseball using saliva, dirt and cutting baseballs with his ring. But Ford's excellence on the mound was never in question. 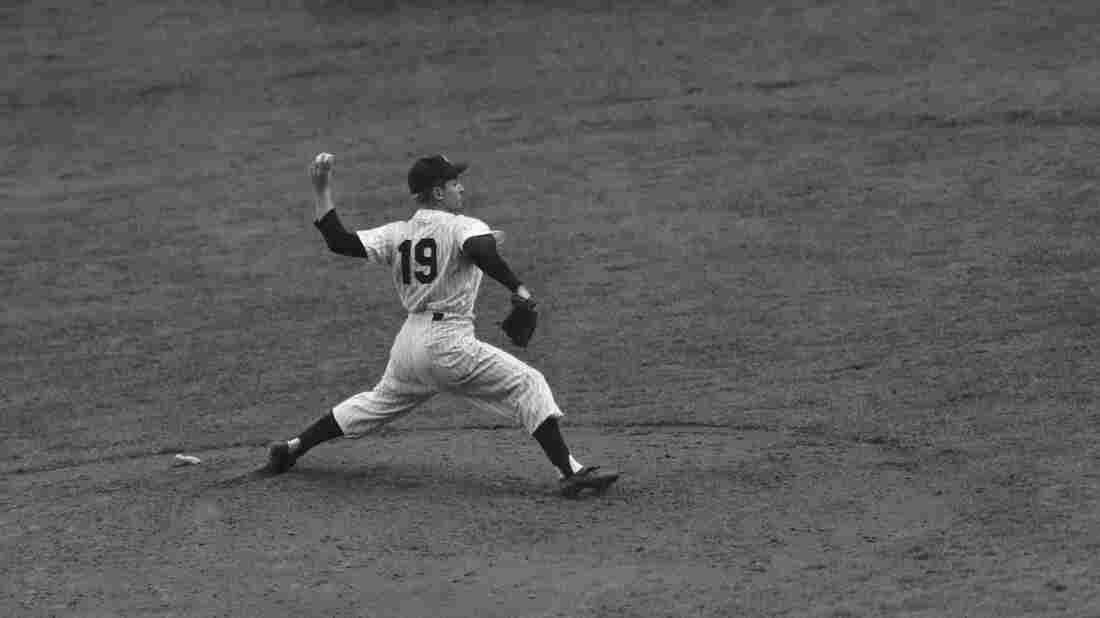 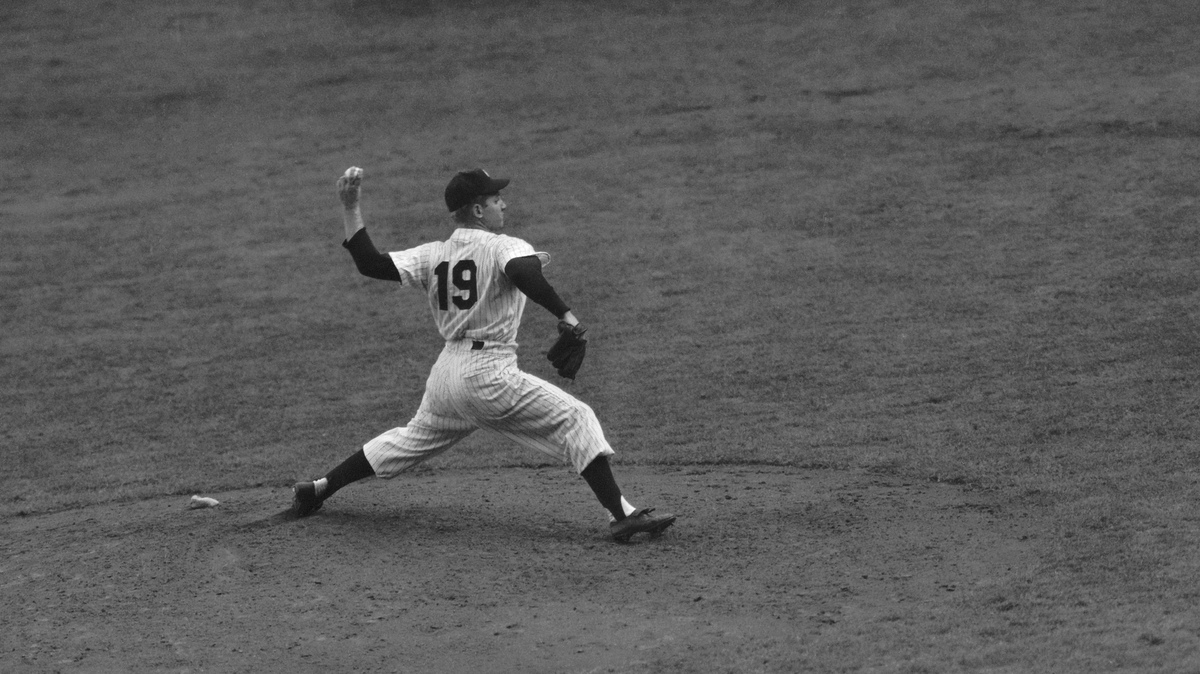 Ed "Whitey" Ford, New York Yankees, pitching in the fourth game of the World Series against the Philadelphia Phillies in Oct.1950.

According to a remembrance by the National Baseball Hall of Fame, Ford made his major league debut in 1950 where "he immediately established himself in a Yankee rotation filled with veterans like Vic Raschi, Eddie Lopat and Allie Reynolds."

Ford finished the season 9-1 with a 2.81 earned-run average, finishing second in the American League for rookie of the year, according to the Hall of Fame.

He also pitched in Game 4 of the 1950 World Series, where he recorded all but one of the 27 outs, helping the Yankees win the game 5-2. They clinched the series sweep over the Philadelphia Phillies.

The Hall of Fame also notes Ford took the next two years off from baseball to serve in the Army, returning for the 1953 season.

"Ford picked up where he left off, going 18-6 while helping New York win its fifth straight World Series championship – a record that has not been approached since," the remembrance said.

He was inducted in the Hall of Fame in 1974, along with teammate Mantle.

"Cool. Crafty. Nerves of steel," said Mantle of his teammate, according to the Hall of Fame. "That was Whitey."