Accessibility links
Franklin County, Ohio, Replacing 50,000 Ballots To Fix Error Voters in Franklin County, including the city of Columbus, were sent their ballots this week, with about one in five having an error. Election officials plan to send replacements within 72 hours. 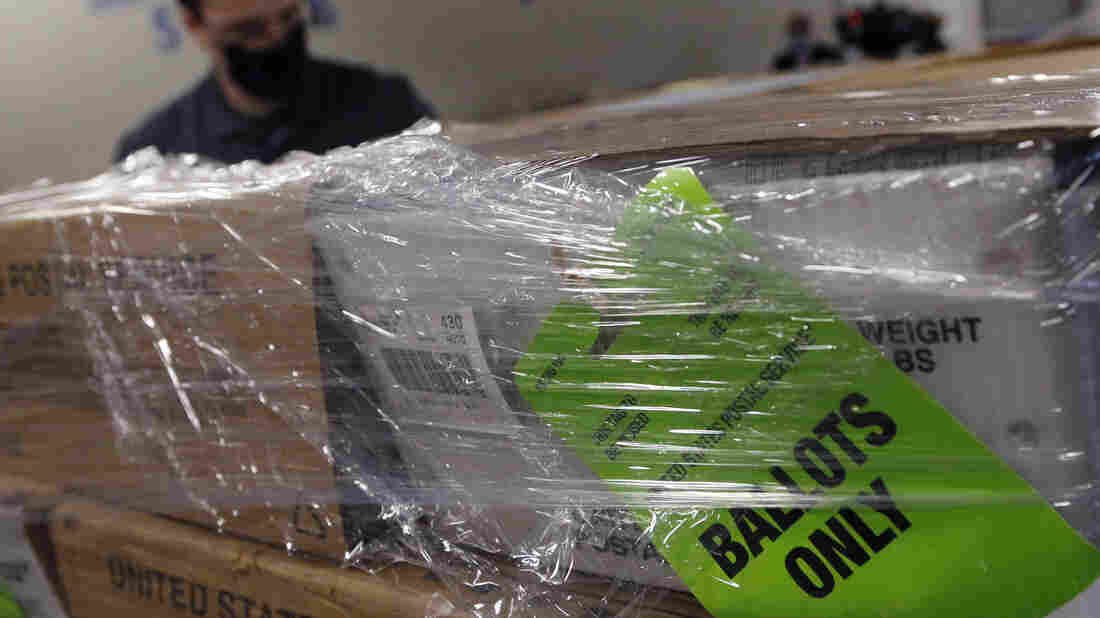 Blank absentee ballots are delivered to the U.S. Postal Service on Monday in Frankly County, Ohio. About 50,000 voters will receive replacement ballots after an error was found. Jay LaPrete/AP hide caption 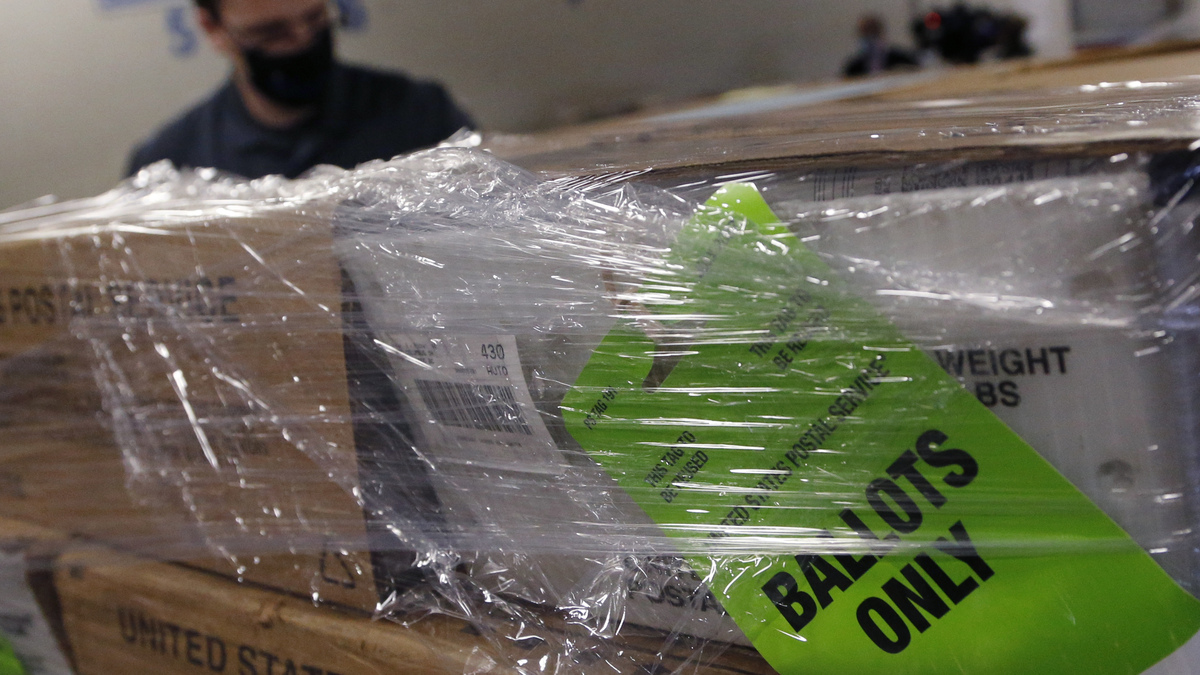 Blank absentee ballots are delivered to the U.S. Postal Service on Monday in Frankly County, Ohio. About 50,000 voters will receive replacement ballots after an error was found.

A version of this story was originally published by NPR member station WOSU.

A large Ohio county determined that about 50,000 voters received an incorrect absentee ballot this week – accounting for almost 21% of the ballots mailed out this week in Franklin County, which includes the state capital of Columbus.

In a press release Friday, the election board said it's started the process of printing and mailing replacement ballots to every voter who received the wrong ballot. Those ballots will be sent through the U.S. Postal Service within 72 hours.

"We want to make it clear that every voter who received an inaccurate ballot will receive a corrected ballot," the board said. "Stringent tracking measures are in place to guarantee that a voter can only cast one vote."

The election board also plans to mail informational postcards to all impacted voters telling them about the problem and what to do next. Voters can verify the information on their ballot here.

We can now confirm that 49,669 voters received an incorrect ballot.

Those voters will be contacted directly by the Franklin County Board of Elections and a replacement ballot will be mailed to them. Please visit https://t.co/wnMx1Tg0U4 or call 614-525-3100 if you have questions. pic.twitter.com/OMdOd2jWOS

New York City recently had to mail new absentee ballots to 100,000 voters after a printing error. These disruptions come with an expected record surge in voting by mail, with more than 8 million ballots already cast across the country by Friday, according to the U.S. Elections Project.

President Trump has seized on errors in the voting system, even small routine mistakes, to amplify false claims about voter fraud. He has focused particularly on voting by mail as it increases amid the pandemic, even though cases of fraud remain extremely rare. The president's false claims are contradicted by members of his own party and law enforcement officials in his administration.

On Monday, just before the start of early voting around the state, Franklin County mailed out a record 237,498 absentee ballots – more than the total number of ballots sent out in the last presidential election. When those ballots started arriving the next day, however, some residents reported that their envelopes and ballots contained the wrong information, such as an incorrect precinct or congressional race.

Election officials blame a malfunction with one of the high-speed scanners used to process the ballots.

"On October 3 at 2:24 p.m., a function of one of those scanners was disabled," election board director Ed Leonard said Thursday. "This was determined to be the root cause of the system error that led to voters receiving an incorrect ballot."

The board says the scanner is now working as it should, and launched an investigation into BlueCrest, the vendor for the scanners. Officials say they do not believe the mistake was nefarious, and law enforcement is not involved at this time.

Ohio Secretary of State Frank LaRose, a Republican, instructed the elections board that if a voter fills out the incorrect ballot, the board must hold onto it until a correct replacement is submitted. If a correct ballot is never received, the original must be "processed, remade, and scanned on or after the 11th day after the election."