Accessibility links
"No One Right Way To Be Deaf," says Netflix's 'Deaf U' Creator Nyle DiMarco The model and activist, who himself is deaf, says his new Netflix reality show offers "an entrance into our world, which is so rich in culture and so layered and diverse." 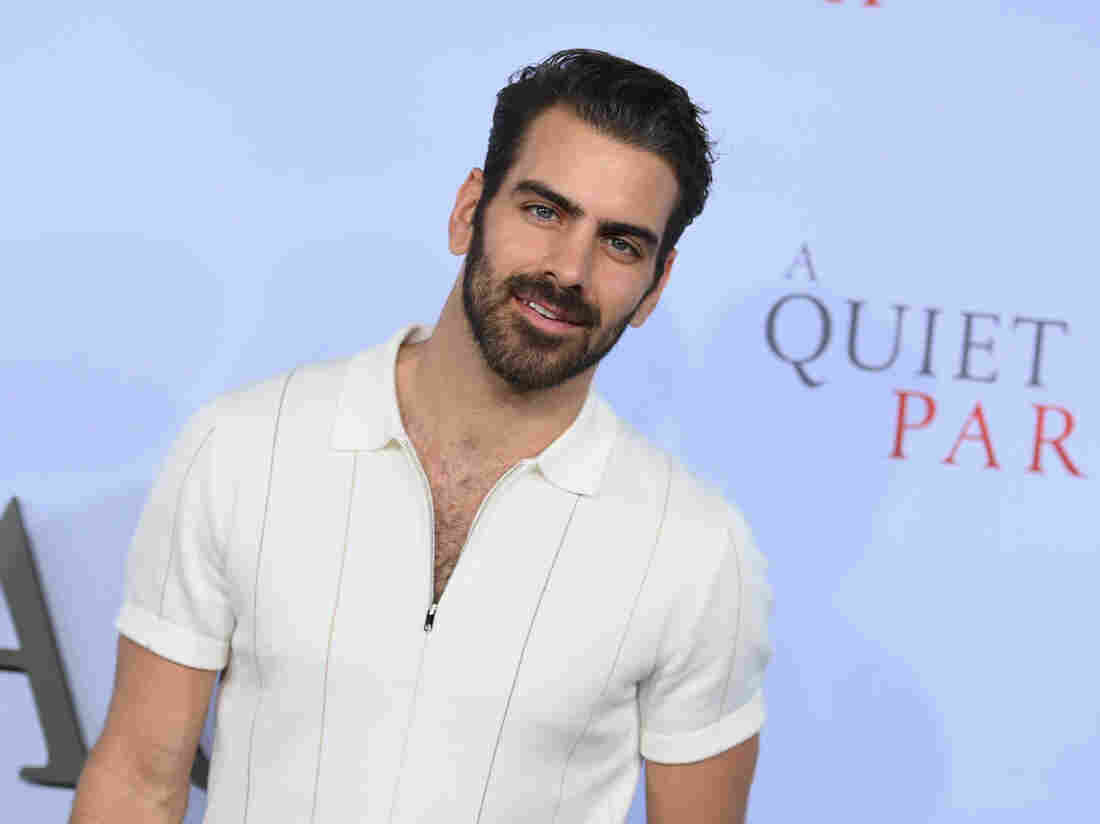 Nyle DiMarco attends the premiere of "A Quiet Place Part II" at Lincoln Center on March 8, 2020 in New York. In his new Netflix series Deaf U, DiMarco turns the camera on students at Gallaudet University. Angela Weiss /AFP via Getty Images hide caption 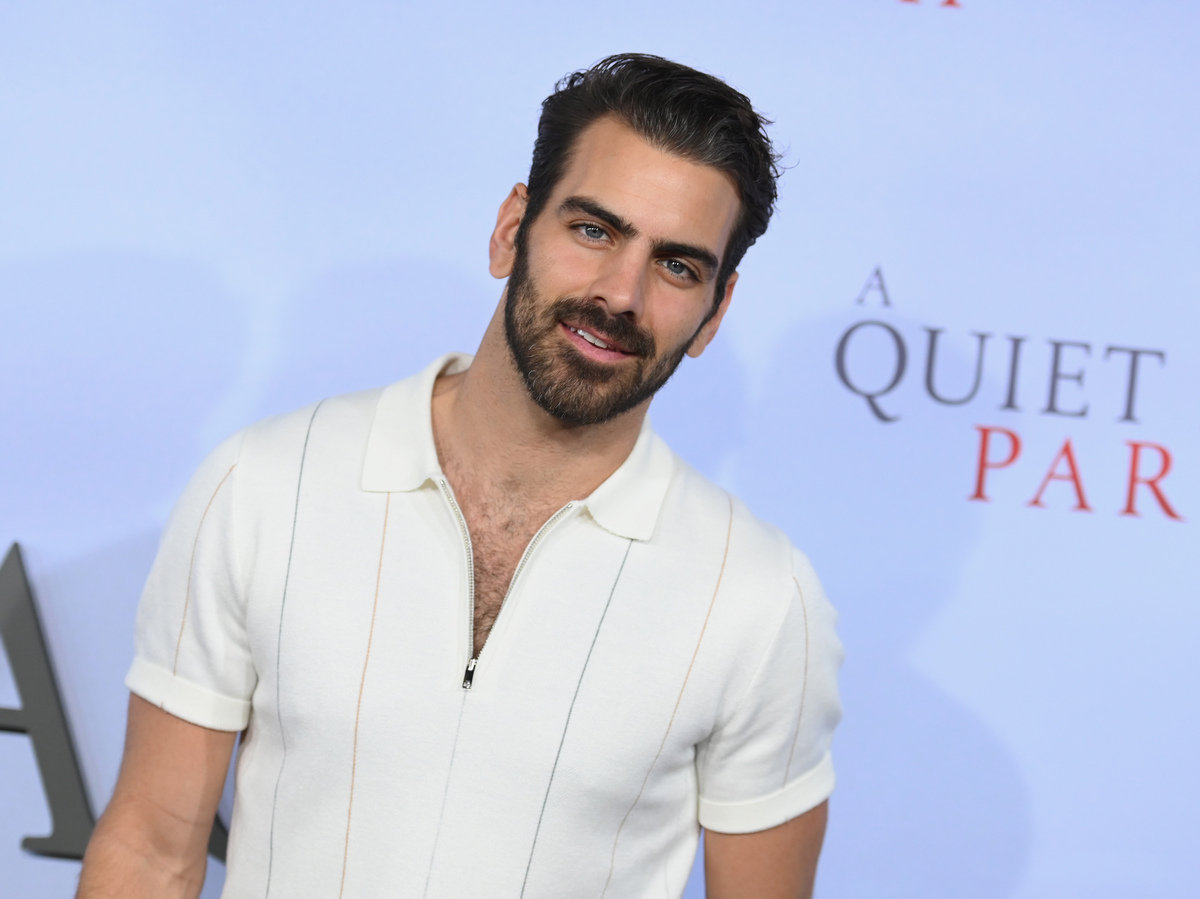 Nyle DiMarco attends the premiere of "A Quiet Place Part II" at Lincoln Center on March 8, 2020 in New York. In his new Netflix series Deaf U, DiMarco turns the camera on students at Gallaudet University.

When Nyle DiMarco got his start in reality television competing on America's Next Top Model in 2015, he quickly understood the identity producers were creating for him.

DiMarco is stunningly handsome, with piercing eyes and a penchant for acting. He's also deaf — a fact that, in the eyes of television producers, seemed to override everything else.

"I always felt that the image that was kind of made of me onscreen was very one-dimensional," he says. "I was always asked specifically about my deafness, about my identities, but never about the things that I liked or disliked or, really, anything that would have offered more to who I was."

DiMarco would become the first deaf contestant to win the competition, before going on to Dancing With The Stars and winning that, too.

Now, it's DiMarco's turn as a series creator. His new Netflix reality show, Deaf U, follows a group of friends at Gallaudet University in Washington, D.C., the world's only liberal arts college for the deaf.

It's a show about college: hookups, activism, awkward dates and late nights in clubs. It's also a show about friends forging identities and navigating a world not always designed for them.

A Gallaudet graduate himself, DiMarco wanted to show the panoply of experiences on campus — from the "Deaf Elite" descendants of well-known deaf families on campus, to those teetering between a hearing world and a deaf one.

Some students rely on hearing aids or cochlear implants. Others shun the idea of talking in anything but American Sign Language.

DiMarco spoke with NPR's All Things Considered about the new show, which debuted Friday on Netflix. "There is no one right way to be deaf," he told host Michel Martin, through an ASL translator.

Instead, he says Deaf U presents a chance to reframe the world's understanding of what it means to be deaf. It offers "an entrance into our world, which is so rich in culture and so layered and diverse," DiMarco says.

"This was a perfect opportunity, and a great entrance point, to bring the hearing world in."

So often we would refer to people as "elites" who had come from these deaf families, and we're often forgetting about those other students who had a different perspective. You know, myself, as somebody who views elites as a group, I see it can be a positive thing in preserving sign language, our culture. It's about passing down those legacies and those traditions that make our culture so rich.

There certainly are "lowercase-d" people who might see elites as someone who's had an unfair advantage, whether it's their educational background, their confidence, their identity, their language fluency. Coming into Gallaudet for them, they often face a challenge that they have to not only focus on getting a degree, but also focus on learning a new language and a new culture.

There are so many layers, I believe, to that divide between elites and, perhaps, "lowercase-d" deaf. It's something that's really key for our community. It's very complicated, but it's a discussion we're starting to have.

On hiring a largely deaf crew to make the show

As someone who is deaf, I know that if you really want an authentic story, it has to happen behind the camera.

Deaf eyes really capture the culture best, and we actually made it a requirement that we had to hire deaf people. We wanted to ensure that, at minimum, we had 30% of a deaf crew behind the scenes working. We ended up with 50%, which was incredible. And it's the first time it's been done in history.

Never in Hollywood history have deaf people had an opportunity to be able to get into these rooms and build power within the community in order to tell our stories in an authentic way. We're working so later we have a little Hollywood empire, where we're able to develop our own TV shows and our movies and our content that really reflects deaf culture and an authentic experience. This, essentially, was the start.

On where he hopes to take the series

Obviously, my first hope is for season two. But I really would love to take a deeper dive into some of the layers that make our community so rich. I don't want to get too serious with the topic, but we're seeing peoples' real lives outside of the deaf world, and I would love to highlight that.

I do have a few other projects outside of this. I have another project with Netflix as well, called Audible, which follows a deaf boy at my alma mater high school in Maryland. It's a really interesting opportunity to see what it's like for a deaf kid to go to a deaf school and play football with all of his buddies, then go home and not have access to language. His parents don't sign. And that truly is the authentic story of the deaf community in America.

Will Jarvis and William Troop produced and edited this interview for broadcast. Will Jarvis adapted it for the Web.