Accessibility links
Biden Campaign Continues To Deflect On Court-Packing The Democratic nominee has in recent days refused to answer questions on whether he would seek to increase the number of Supreme Court justices, if elected president. 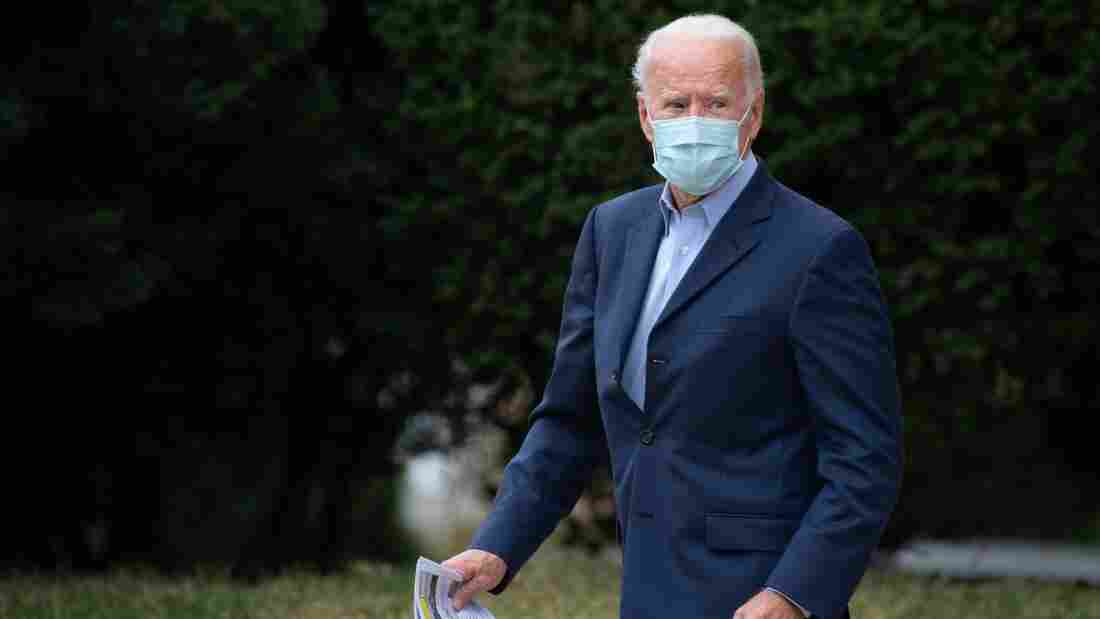 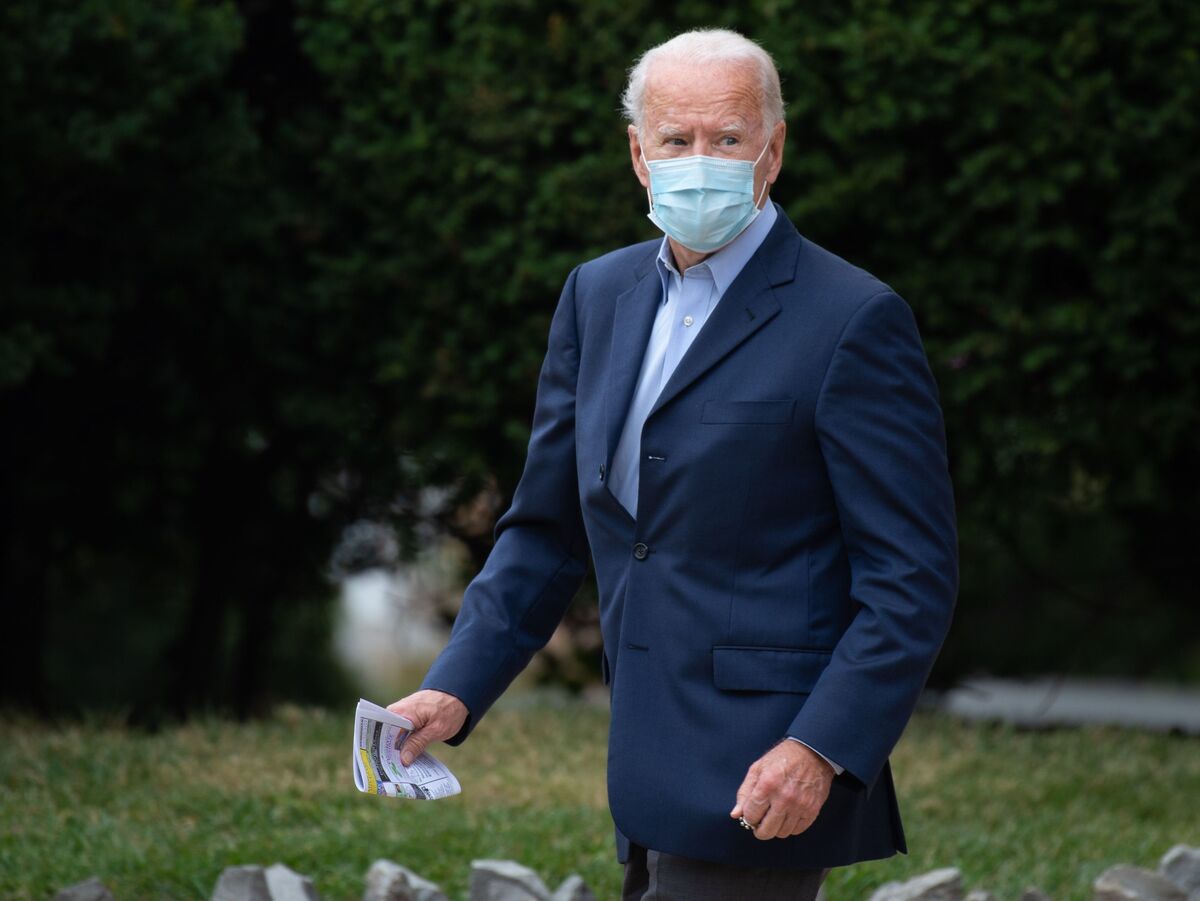 Democratic presidential nominee Joe Biden, seen leaving St. Ann's Church in Wilmington, Del., on Sunday, has declined in recent days to say whether he would attempt to add justices to the Supreme Court, if he's elected president.

Democratic presidential nominee Joe Biden argues that taking a stance now on whether, as president, he would seek to increase the number of Supreme Court justices would play right into the hands of President Trump.

"[Trump] always wants [you to] take the eye off the ball, change the subject. I'm not going to play his game," Biden told a local Las Vegas news station over the weekend.

On Thursday, Biden was asked the same thing by reporters in Arizona: "[Voters will] know my opinion on court-packing when the election is over. It's a great question, and I don't blame you for asking it, but you know the moment I answer that question, the headline in every one of your papers will be about that."

But it's becoming increasingly clear that simply dismissing the issue with a "wait and see" response doesn't mean the question disappears from the campaign.

If anything, it has just added fuel to the political fire in recent days.

The issue was front and center during the Sunday talk shows, with Republican Sen. Ben Sasse of Nebraska calling Biden's non-answer "grotesque" on Fox News Sunday.

Democrats have fired back in a variety of ways.

When pressed on the issue during the vice presidential debate, Biden's running mate, California Sen. Kamala Harris, instead shifted to talking about they types of appointees Trump has made to the federal bench, calling some "not competent" and "purely ideological."

She also took issue with their lack of diversity.

"Of the 50 people who President Trump appointed to the Court of Appeals for lifetime appointments, not one is Black," Harris added.

Also on Fox News Sunday, Delaware Sen. Chris Coons, a close Biden ally, said the rushed way in which Republicans are trying to confirm Judge Amy Coney Barrett to the Supreme Court prior to the election "constitutes court-packing."

Typically, court-packing refers to expanding a court's seats, and then confirming judges for those seats.

Biden's deputy campaign manager, Kate Bedingfield, told CNN's Jake Tapper on Sunday that the "intention" of the constitutional process is at the heart of the issue.

"The American people are being denied their opportunity to have a say in who gets this lifetime appointment to the court," she said, referring to Republicans' efforts to confirm Barrett just weeks after Justice Ruth Bader Ginsburg died.

But as Tapper pointed out, Biden's labeling of GOP attempts to advance Barrett's confirmation as "unconstitutional" is false, since there's nothing in the Constitution that prohibits the Senate from moving forward on a president's nomination.

Biden himself said as much during a Senate Judiciary Committee hearing in 1983, where he denounced President Franklin Delano Roosevelt's efforts expand the court.

"Roosevelt clearly had the right to send to the United States Senate ... a proposal to pack the court," Biden said then. "It was totally within his right to do that. He violated no law, he was legalistically absolutely correct, but it was a bonehead idea. It was a terrible, terrible mistake to make, and it put in question, for an entire decade, the independence of the most significant body: the Supreme Court of the United States of America."

It's a stance he felt comfortable repeating as recently as the primary season, when he once again rejected the idea during a debate, citing future Republican retaliation.

But questions surrounding potential expansion of the highest court in the land ignited shortly after Ginsburg's death, with Republicans' quick plans to move ahead with a nominee so soon before the election, even though they denied a hearing to Merrick Garland, then-President Barack Obama's nominee, in 2016.

Mitch McConnell set the precedent. No Supreme Court vacancies filled in an election year. If he violates it, when Democrats control the Senate in the next Congress, we must abolish the filibuster and expand the Supreme Court.

"Mitch McConnell set the precedent. No Supreme Court vacancies filled in an election year," Sen. Ed Markey, D-Mass., wrote in September. "If he violates it, when Democrats control the Senate in the next Congress, we must abolish the filibuster and expand the Supreme Court."

The Republican majority leader quickly made it clear Trump's nomination would move forward, reversing the precedent he set in 2016. (McConnell says this year is different, because Republicans control both the Senate and the White House.)

His reversal sparked outrage in the Democratic Party, with progressives entreating Biden to consider expanding the court if he wins in November, and Democrats take the Senate.