Accessibility links
Gen. Mark Milley Says The Military Plays 'No Role' In Elections Gen. Mark Milley, the chairman of the Joint Chiefs of Staff, tells NPR that the military "will obey the lawful orders of civilian control of the military." 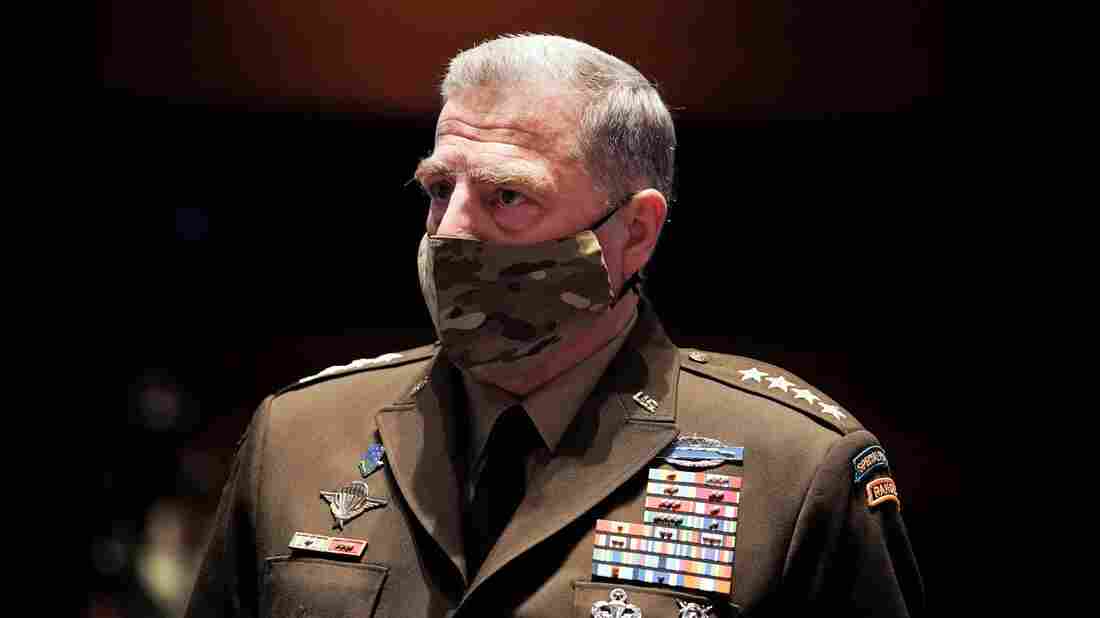 The chairman of the Joint Chiefs of Staff, Gen. Mark Milley, pictured on July 9, tells NPR there is "no role for the U.S. military in determining the outcome of a U.S. election. Zero." Greg Nash/Pool/AFP via Getty Images hide caption 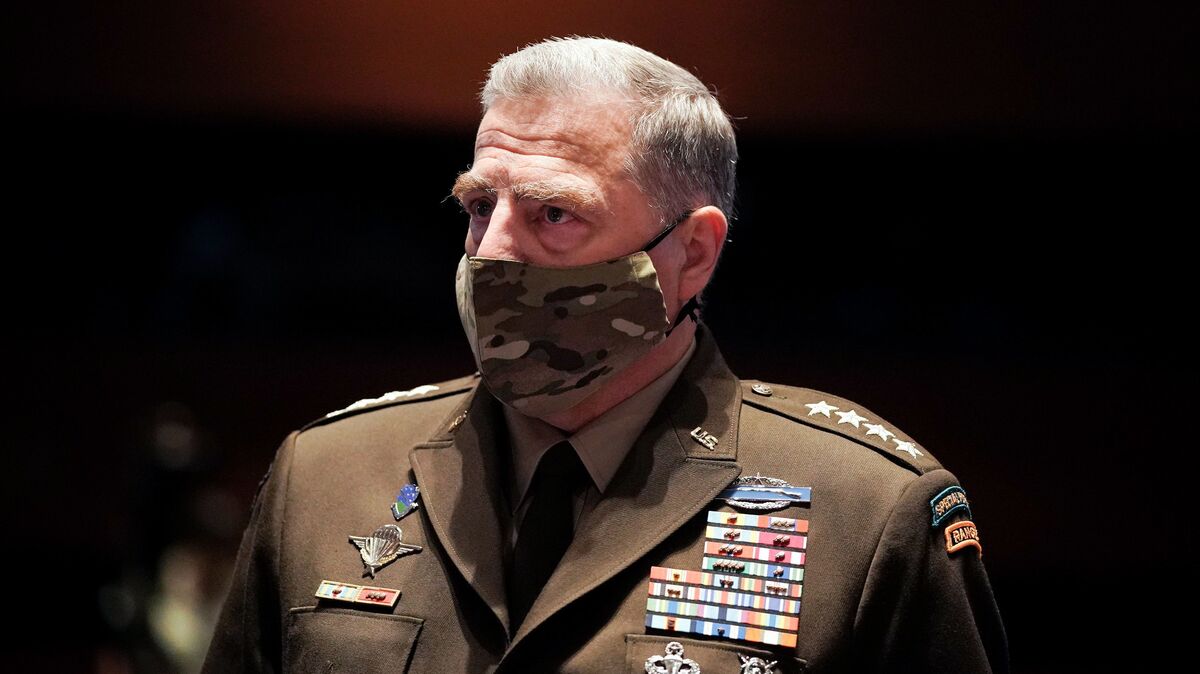 The chairman of the Joint Chiefs of Staff, Gen. Mark Milley, pictured on July 9, tells NPR there is "no role for the U.S. military in determining the outcome of a U.S. election. Zero."

As the presidential election looms, Gen. Mark Milley, chairman of the Joint Chiefs of Staff, tells NPR's Morning Edition that the military plays no role in politics, and that he has complete trust in America's institutions to manage election disputes.

"We have established a very long 240-year tradition of an apolitical military that does not get involved in domestic politics," Milley told NPR's Steve Inskeep on Sunday.

Milley's comments represent the first time he has addressed the potential for a disputed election in depth in an on-the-record interview.

This comes as politicians prepare for the possibility of a contested election. President Trump has suggested that he might not accept the results if he is not declared the winner. He has made baseless claims about voter fraud being widespread. Voter fraud is actually extremely rare.

Milley, who has said in statements to Congress that he wants to stay out of all election disputes, tells NPR that he is "very confident in the resilience of the American institutions and the American government and the American people's adherence to the principles of rules of law."

"This isn't the first time that someone has suggested that there might be a contested election," Milley said. "And if there is, it'll be handled appropriately by the courts and by the U.S. Congress. There's no role for the U.S. military in determining the outcome of a U.S. election. Zero. There is no role there."

"I think that Robert O'Brien or anyone else can speculate as they see fit," Milley said. "I'm not going to engage in speculation. I'm going to engage in the rigorous analysis of the situation based on the conditions and the plans that I am aware of and my conversations with the president. And then when we get to the point where we have further discussions and further decisions, those will be appropriately made public."

Milley also told NPR about how the military is handling individual extremists within the ranks, and said military leaders "monitor that pretty closely" but that he doesn't "see it as a widespread issue in the military right now."

"It's always a concern, extremists of any bent, and we pay close attention to symbols, tattoos, language, behavior, etc., for any member of the U.S. military that displays any sort of extremist behavior," Milley said. "And where we discover it, we apply the appropriate measures of the Uniform Code of Military Justice and enforce good order and discipline in the force. So that is something that we monitor."

Milley joined NPR from his home in Fort Myer, Va., where he is currently quarantining. Other members of the Joint Chiefs of Staff also began quarantining last week after attending meetings with an admiral who tested positive for COVID-19. While he's working from home, Milley says he has the same communication systems that they do in the Pentagon.

"I just want to kind of review the bidding here and assure the American people that the Joint Chiefs of Staff are fully functional, even though we're functional from home," he said.

Milton Guevara and H.J. Mai produced and edited the audio version of this story.