Accessibility links
Ballet Hispánico Celebrates 50 Years As Ambassadors Of Latinx Dance The dance company features work of Latinx choreographers, as well as a robust educational outreach program. It was just awarded a $4 million grant from the Ford Foundation. 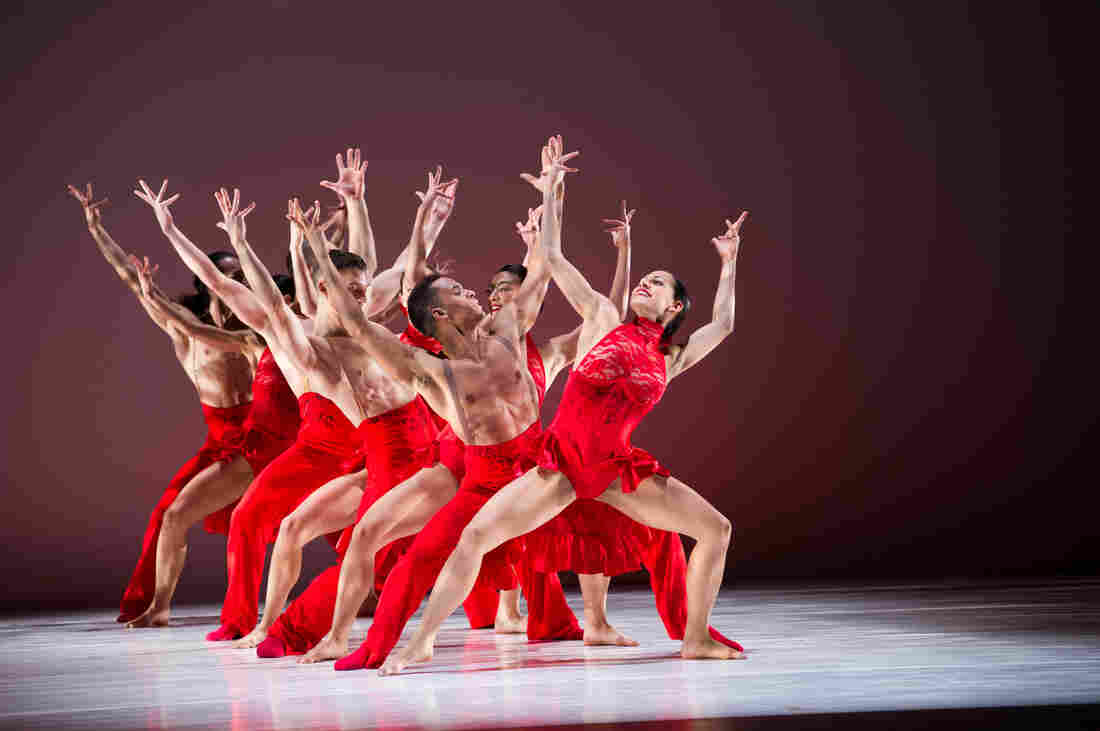 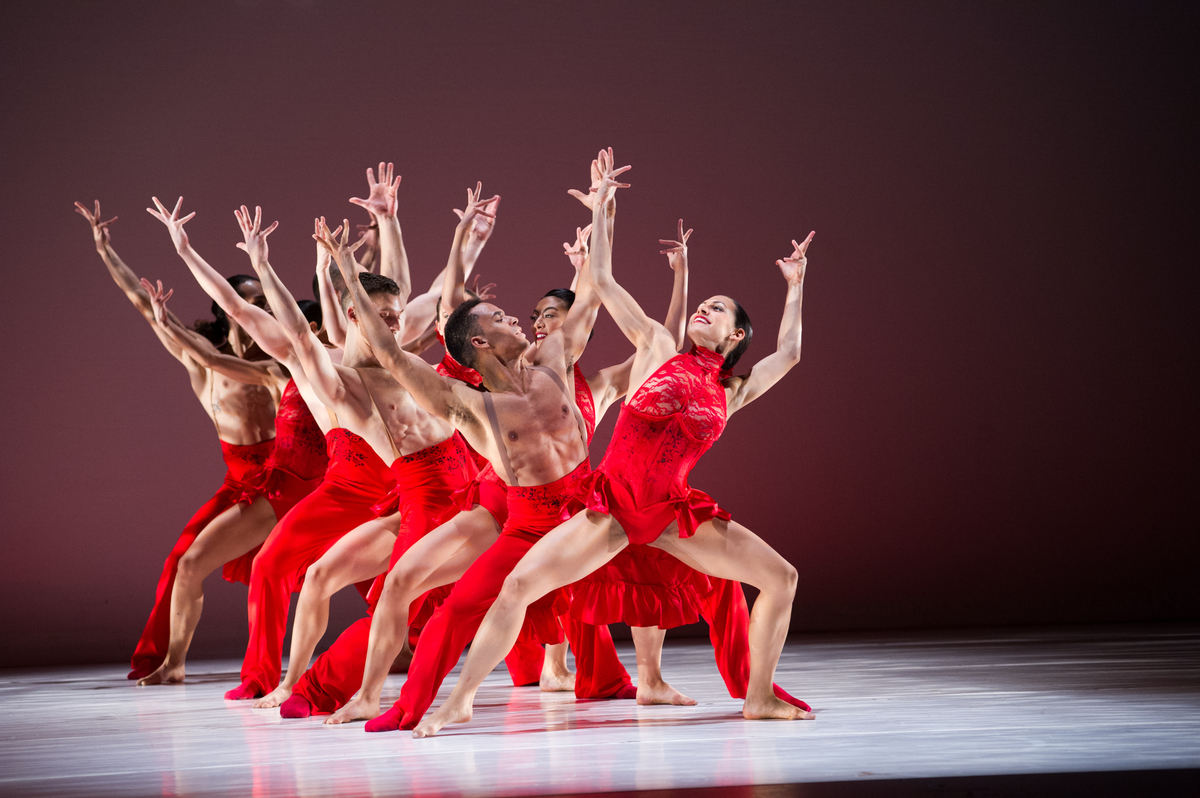 Ballet Hispánico celebrates its 50th anniversary this year. It was founded in 1970 by Tina Ramirez.

Earlier this spring, when New York went on COVID-19 lockdown, Ballet Hispánico artistic director Eduardo Vilaro was ready to adapt quickly. "I went into my immigrant mode," Vilaro says. "How do you survive? What do we have to do?"

Surviving isn't new for Ballet Hispánico — the dance company celebrates its 50th anniversary this year. It features work of Latinx choreographers, as well as a robust educational outreach program. It was just awarded a $4 million grant from the Ford Foundation, which designated it one of America's Cultural Treasures.

Ballet Hispánico was founded by Tina Ramirez, a New Yorker of Mexican and Puerto Rican descent, who was born in Venezuela.

"She had a group of young ladies who were learning flamenco and she wanted to give them a platform to showcase their art and their ethnicity," explains longtime dancer Melissa Verdecia. 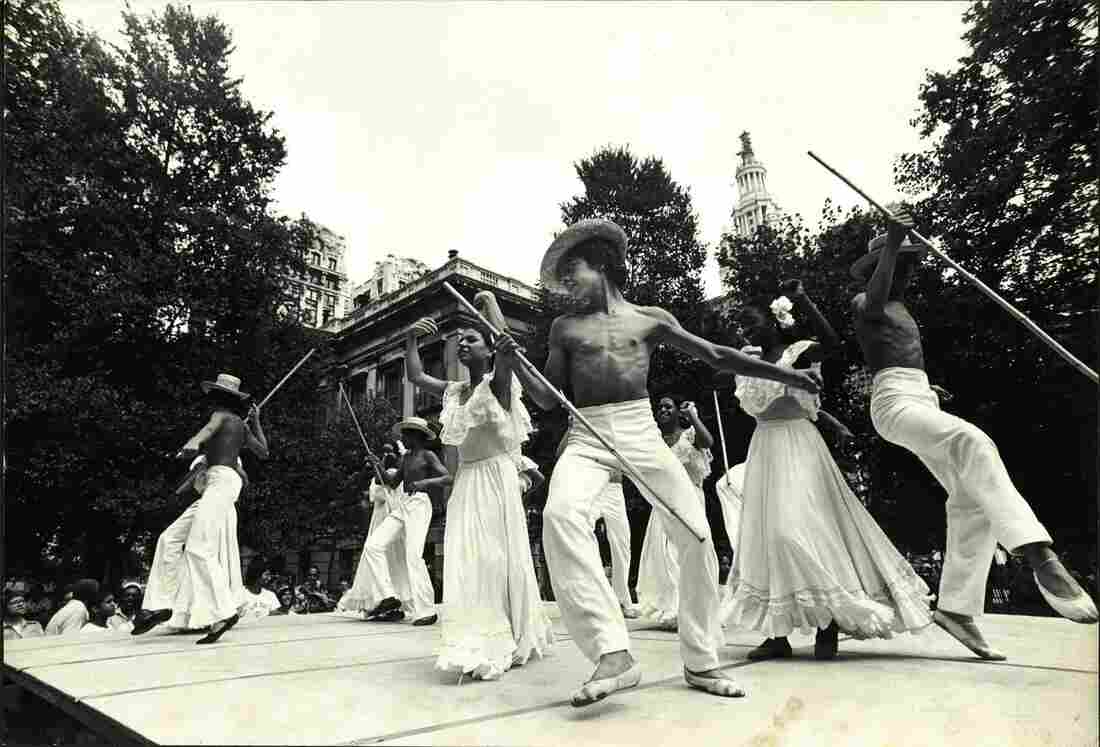 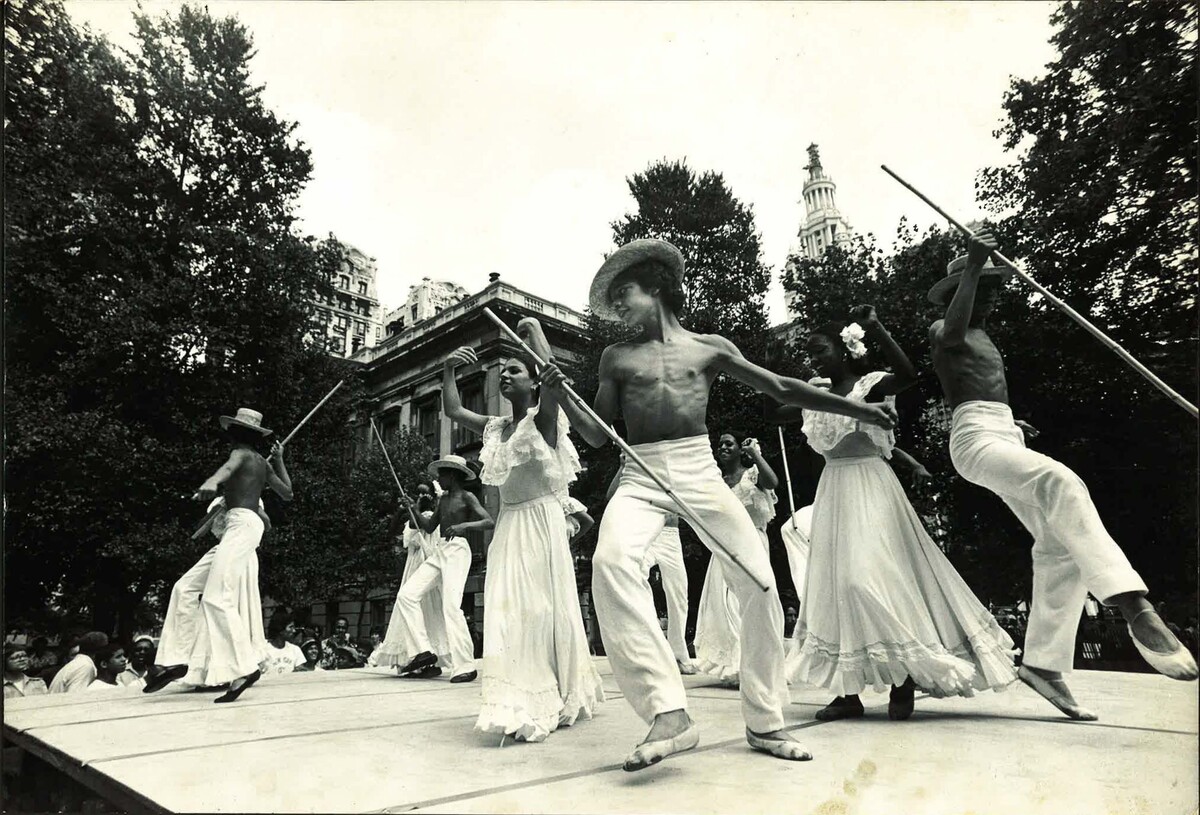 Ballet Hispánico is celebrating its 50th anniversary with a month of online cultural programming.

Vilaro became artistic director of the company 11 years ago. "Ramirez's vision was to give access and to show artists beyond the stereotypes ..." he explains. "Her heart has always been to give Hispanic and Latinx people the place they deserve in the American landscape."

Born in Cuba and raised in the Bronx, Vilaro is ready to build on that commitment. "My vision is really about developing this platform further to serve the Latinx community by creating leadership — or leaders."

Ballet Hispánico embraces the multitude of Latinx cultures and communities. "I'm interested in exploring the intersectionality of our diaspora ..." Vilaro says. "What is Latinx? And who are we? I'm much more interested in having the art catapult us into dialogues." 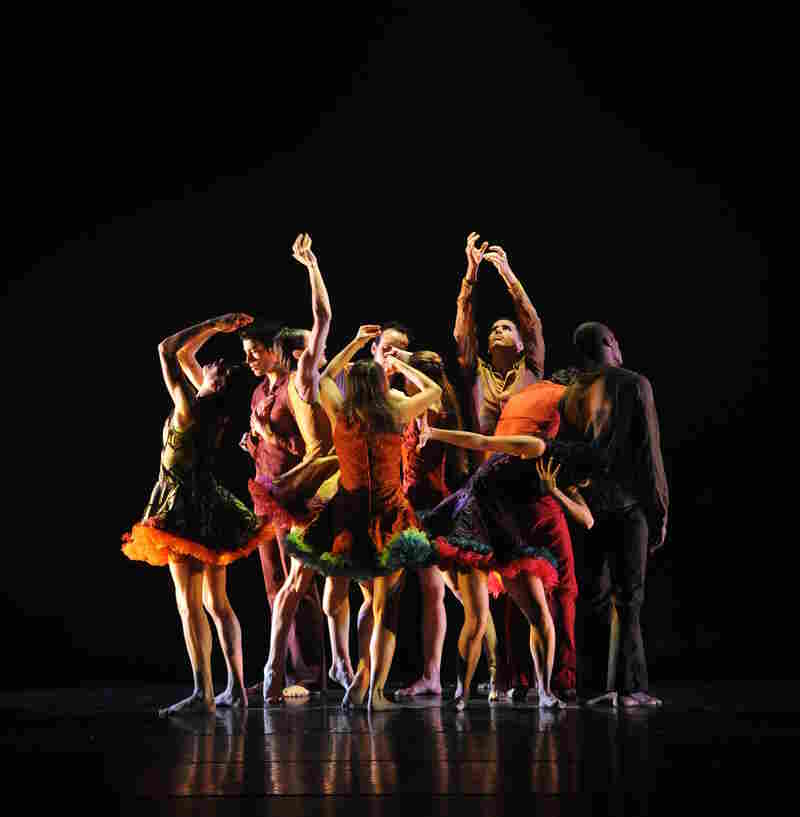 "The company has really evolved to show that Latinx people aren't just ... salsa dancers wearing the rumba ruffles," says longtime dancer Melissa Verdecia. "We're multi-layered, complex individuals that have had many cultural and life experiences from all over." Eduardo Patino/Ballet Hispánico hide caption 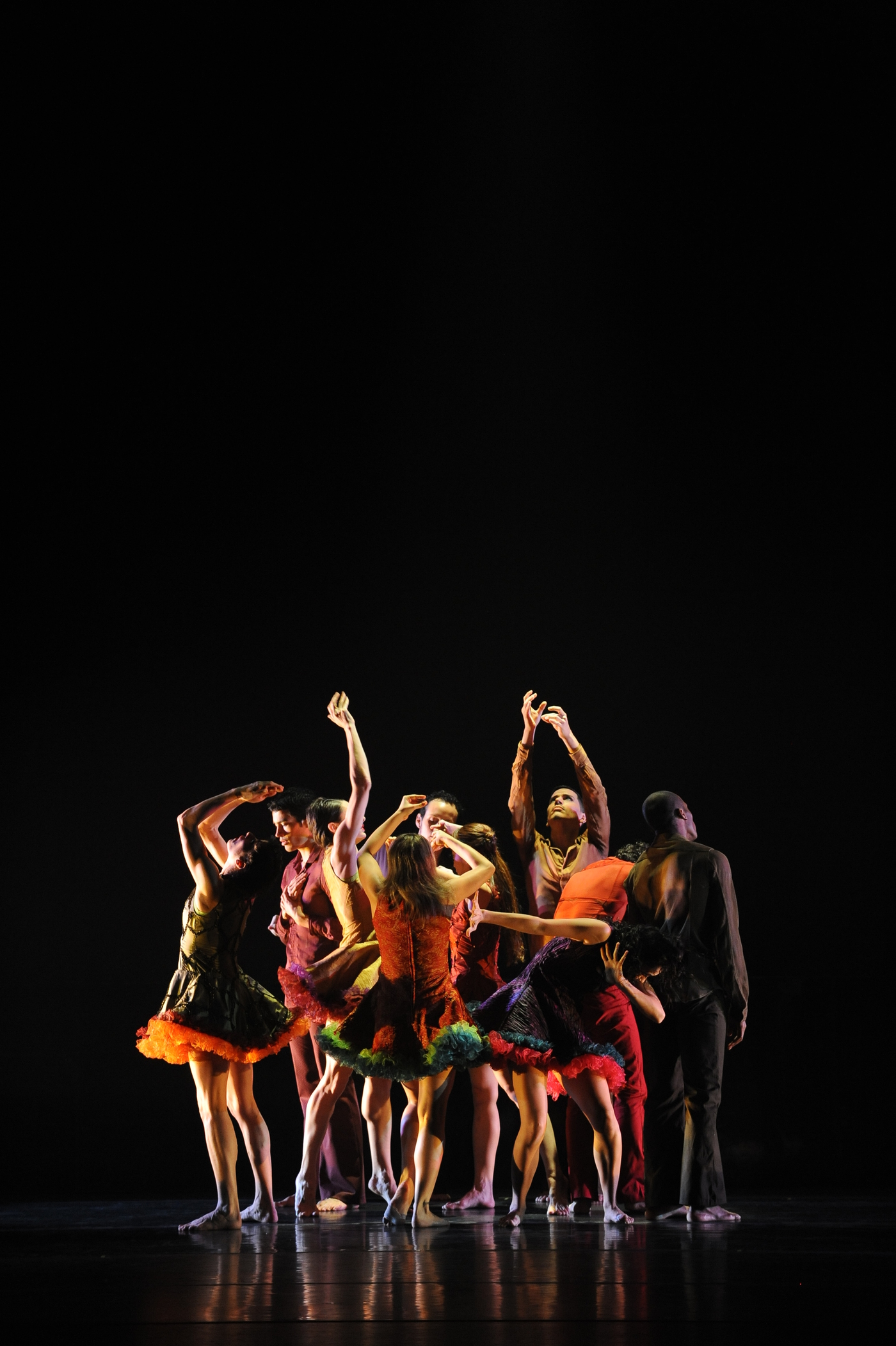 "The company has really evolved to show that Latinx people aren't just ... salsa dancers wearing the rumba ruffles," says longtime dancer Melissa Verdecia. "We're multi-layered, complex individuals that have had many cultural and life experiences from all over."

So, the 15 members of the company don't just learn the dance repertoire, they lead workshops, give classes, in New York City and wherever they tour.

"Our dancers are ambassadors of the culture, but, you know, much more so of human kindness and connectivity," he says.

Verdecia says the mission of education, outreach and engagement has been a constant through all her years with Ballet Hispánico. "We were trained in seminars on how to engage with different demographics and age groups — I found that to be so useful and invaluable," she says.

Verdecia has worked with senior citizens, people with learning disabilities, incarcerated youth — she even taught a social dancing workshop in Israel, where no one spoke the same language, but they all learned to mambo, salsa and merengue.

"By the end of the class, we were able to pair one Palestinian girl with one Israeli girl," she recalls. "People were having such a great time — it was evident in their body language. And it was a true testament to how verbal language is not our only source of communication, that art and movement and physical touch is what breaks down these barriers that our society has set up for us."

Dancing brought romance to Verdecia, as well. She married another member of the company and they're expecting their first child in January. The two performed a duet together in a video for the company's online fundraiser, Noche Unidos, in June.

Like many performing arts organizations, the COVID-19 crisis has forced Ballet Hispánico to do a quick pivot to online outreach.

"Immediately, we went into free programing that we shared on our social media, says Michelle Manzanales, a choreographer and director of Ballet Hispánico's School of Dance. "Because we knew how important it was for our students and for our community to continue to dance, to continue to connect."

Vilaro loves Fiesta Fridays. "The best!" he says. It's an opportunity for "sharing food recipes from dancers, artists, families, to everyone. So that has really buoyed our profile in many ways, and also helped sustain us."

Another source of sustenance is the $4 million grant Ballet Hispánico received from the Ford Foundation. President Darren Walker says they gave out unrestricted grants to arts organizations that represent the best of African American, Latinx and indigenous culture.

"The criteria was artistic excellence, national reputation, strong leadership, known as a training ground, and highly regarded," Walker says. "Ballet Hispánico is all of these things and it was an easy decision."

Vilaro says this grant will help sustain the company, while it waits to return for live performances and classes. And he hopes to use some of the money to invite artists from Latin America to come to New York to share their work and collaborate.