Accessibility links
Trump Holds Florida Rally A Week After COVID-19 Hospital Stay The president's doctor said Monday night that Trump had tested negative for the coronavirus on consecutive days and that he was not infectious to others. The rally starts a new sprint in the campaign.

Trump Hits The Trail With Florida Rally, A Week After COVID-19 Hospital Stay

Trump Hits The Trail With Florida Rally, A Week After COVID-19 Hospital Stay 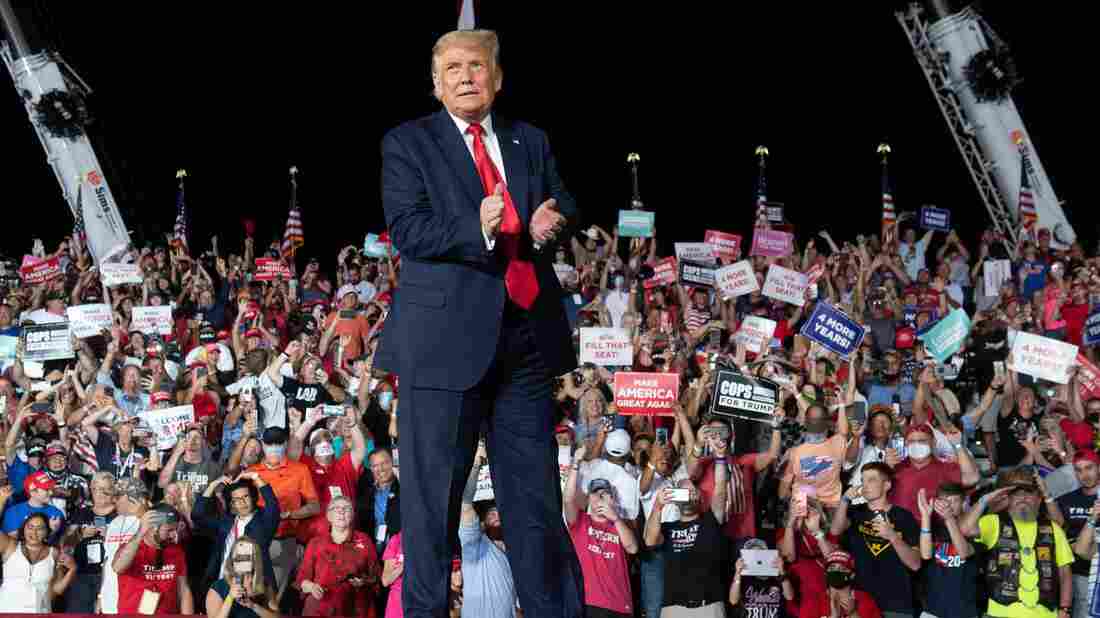 President Trump holds a rally in Sanford, Fla., Monday night, his first trip outside Washington since being released from the hospital. Saul Loeb/AFP via Getty Images hide caption 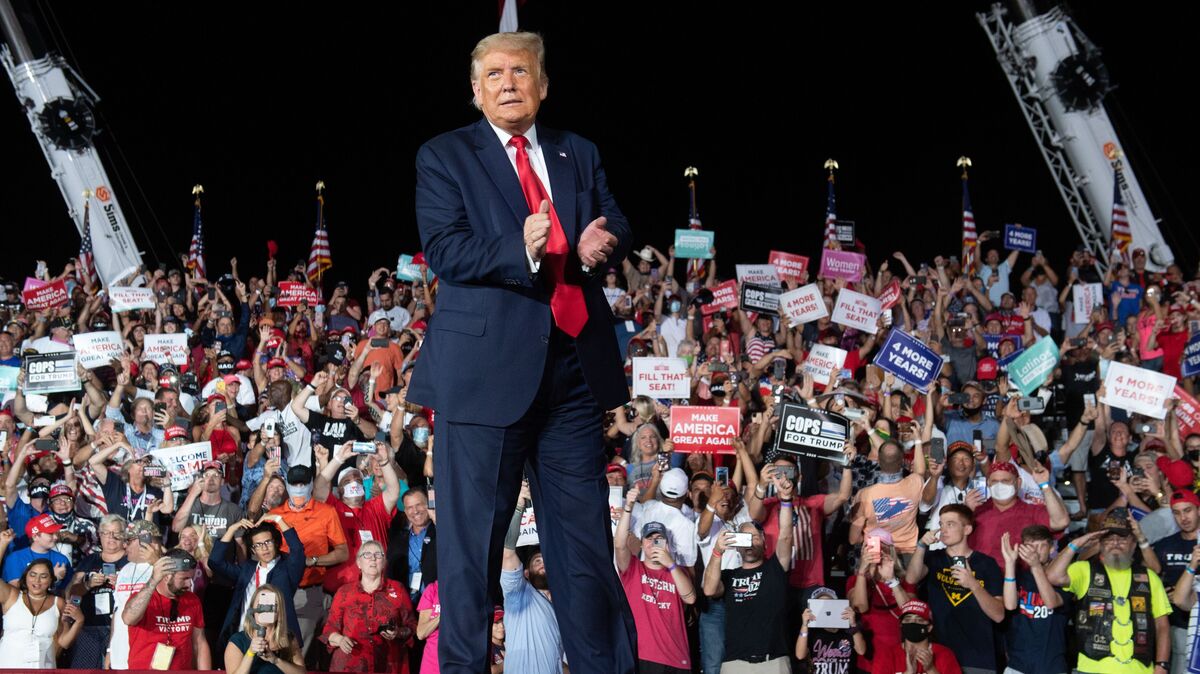 President Trump holds a rally in Sanford, Fla., Monday night, his first trip outside Washington since being released from the hospital.

President Trump was back on the campaign trail on Monday, telling a packed outdoor rally in Florida that he feels "powerful" after his bout with the coronavirus.

Trump spoke for about an hour to an enthusiastic crowd, at an event that his campaign billed as the start of a breakneck stretch of travel leading up to the Nov. 3 election.

Trump stuck to much of his usual stump speech, but he did touch on the illness that led to him being hospitalized just over a week ago. He said he's feeling good now.

In a memo released shortly after Trump left Washington, White House physician Sean Conley said the president had tested negative for the coronavirus on consecutive days. Conley said those negative results, combined with data that White House doctors have collected from other various tests, show that Trump is not infectious.

Like many of his recent rallies, the Florida event was held outside. But, as usual, there was no social distancing and many in the audience did not wear masks.

Trump was released just a week ago from the hospital, where he had been treated and monitored after catching the coronavirus. His doctors had cleared him for travel even before his consecutive negative test results.

"Look, the president — even this morning in our morning conversation — was getting on my case for not having enough rallies and public events scheduled. So he's ready to go," said Jason Miller, a senior adviser.

Miller told reporters that Trump will do "two to three events per day," and even more, leading up to Election Day.

Trump trails his Democratic challenger Joe Biden in the polls and is under pressure to make up for lost time — particularly after the cancellation of the second in a series of presidential debates, planned for Thursday, which was canceled due to concerns about his health status.

As millions of Americans have already cast their ballots, Biden also has picked up the pace of campaign events. On Monday, he was in Toledo and Cincinnati, Ohio, and on Tuesday he will be in Pembroke Pines and Miramar, Fla.