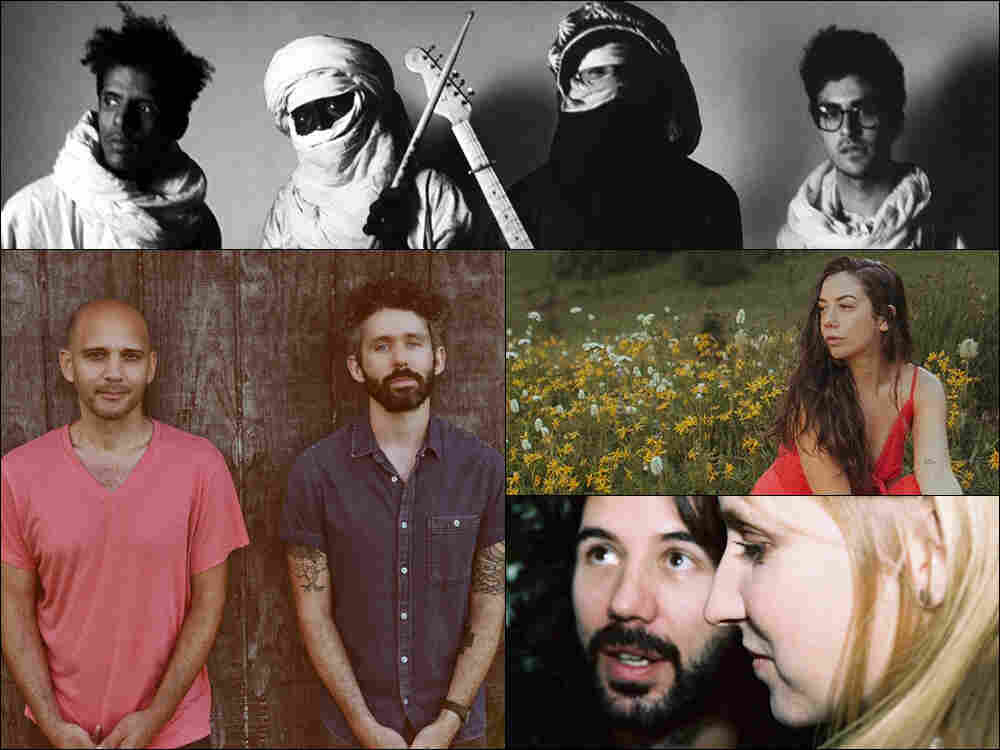 I'm thrilled to play new music from Luluc. The duo of Zoe Randall and Steve Hassett made two of my favorite albums from the 2010s, and now they're back with a unique sound. This sound came together after a visit to the PEOPLE Festival in Berlin and some help from The National's Aaron Dessner.

It's also a treat to get the first new music from The Antlers in six years. The song is called "Wheels Roll Home." The artist known as Squirrel Flower remakes an older tune into something new with her version of "Chicago," and Danielle Durack musters the spirit of Mitski with her new song, "Broken Wings."

I have fiercely brilliant new music from Mdou Moctar featuring his North African guitar sounds. This week, Jake Blount won the Steve Martin Banjo Prize and has a fine new album of fiddle and banjo tunes. And we close out our set with one of NPR's Otis Hart's favorites from 2020, the English fiddler Sam Sweeney.