Accessibility links
Georgia Voters Wait In Hours-Long Lines At Polls For Early Balloting Voters spent as much as five hours waiting to cast in-person ballots. The lines were particularly intense around the Atlanta metro area. 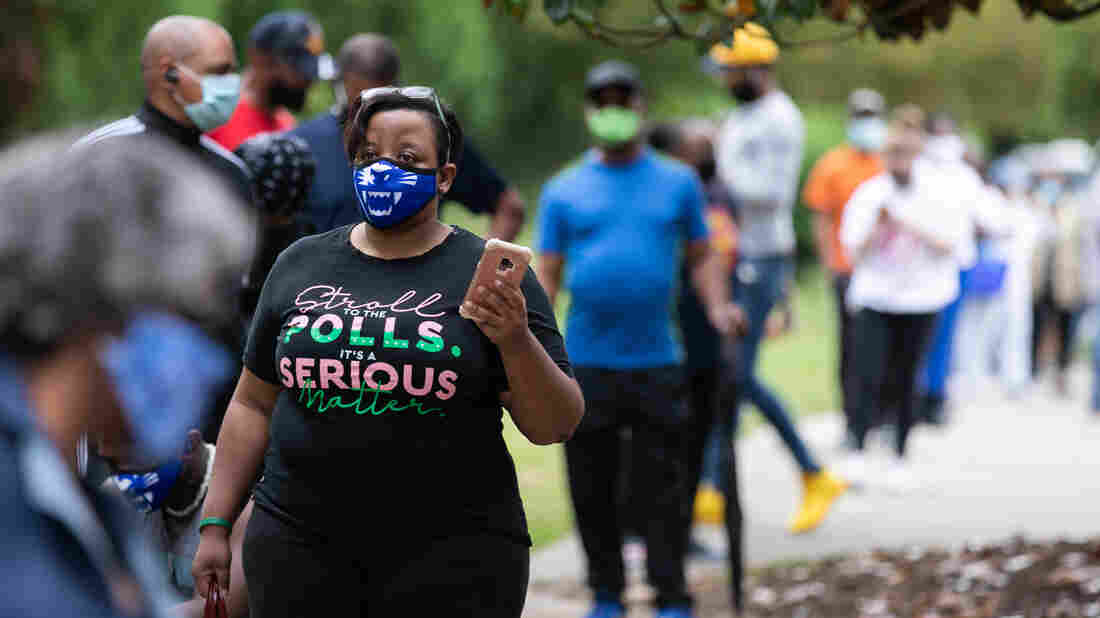 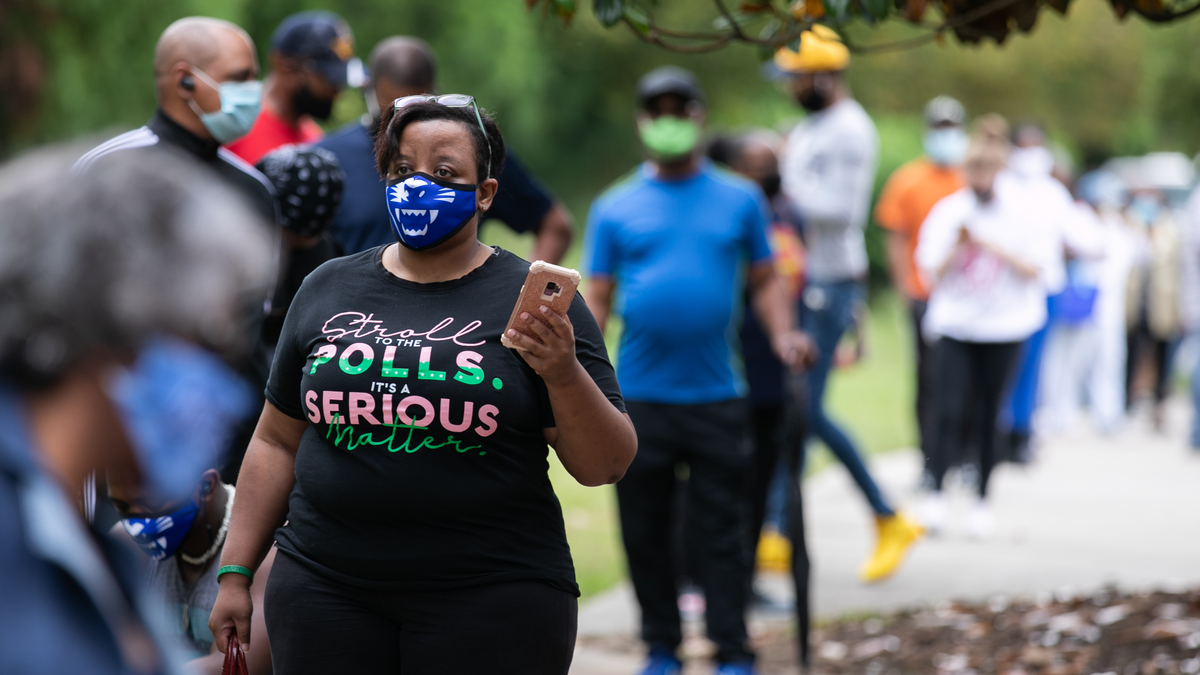 Georgia voters endured long lines on the first day of early voting on Monday at the C.T. Martin Natatorium and Recreation Center in Atlanta.

Early voting opened Monday in Georgia for the 2020 general election — but the first day was marred by technical issues and lines that in some locations stretched more than five hours long, particularly in the Atlanta metro area.

Voters arriving in the morning at Atlanta's State Farm Arena, the home of the NBA's Hawks — and the state's largest early voting site, with 300 voting machines — encountered technical issues, which election officials blamed on problems with the electronic poll pads.

11 Alive, the NBC affiliate station in Atlanta, posted numerous videos on Twitter of voters in Marietta who as of 11 a.m. had been waiting more than five hours. While some voters said that concerns about mail-in voting prompted their in-person wait, one voter named Viola Hardy told the 11 Alive reporter: "I think people are just really ready to vote, and it doesn't matter how long it takes — we will stand in line to vote. ... We're voting like our lives depend on it."

This is the voter. Her name is Viola Hardy. She got in line at 6:20am. She was still in line to vote at 11:15am. pic.twitter.com/dbcHcIRrf8

A reporter for the Atlanta Journal-Constitution posted a video of voters in the town of Suwanee, about 45 minutes outside of Atlanta, in a line that stretched around a block. (Some prescient voters brought along portable chairs.)

The line of voters at George Pierce Park in Suwanee.... pic.twitter.com/3stVPEuyZp

Voting lines were still long heading into the evening hours. Around 5 p.m., a Georgia state senator, Democrat Jen Jordan, posted a screenshot from an app that showed that voters at polling sites around Cobb County were still experiencing delays of more than one hour.

Member station WABE reported Monday that the state has 7.6 million registered voters in this election — a record number for Georgia.

During the primary elections in June, Georgia voters also experienced widespread issues at the polls, including hours-long waits and technical issues with a new, $104 million voting system.