Accessibility links
Review: 'Shelter In Place,' By David Leavitt David Leavitt's new novel Shelter in Place aims for sparkling social comedy — but it's let down by a cast of privileged, shallow characters you wouldn't want to spend your lockdown with.

'Shelter In Place' Is An Ill-Mannered Comedy Of Manners

'Shelter In Place' Is An Ill-Mannered Comedy Of Manners 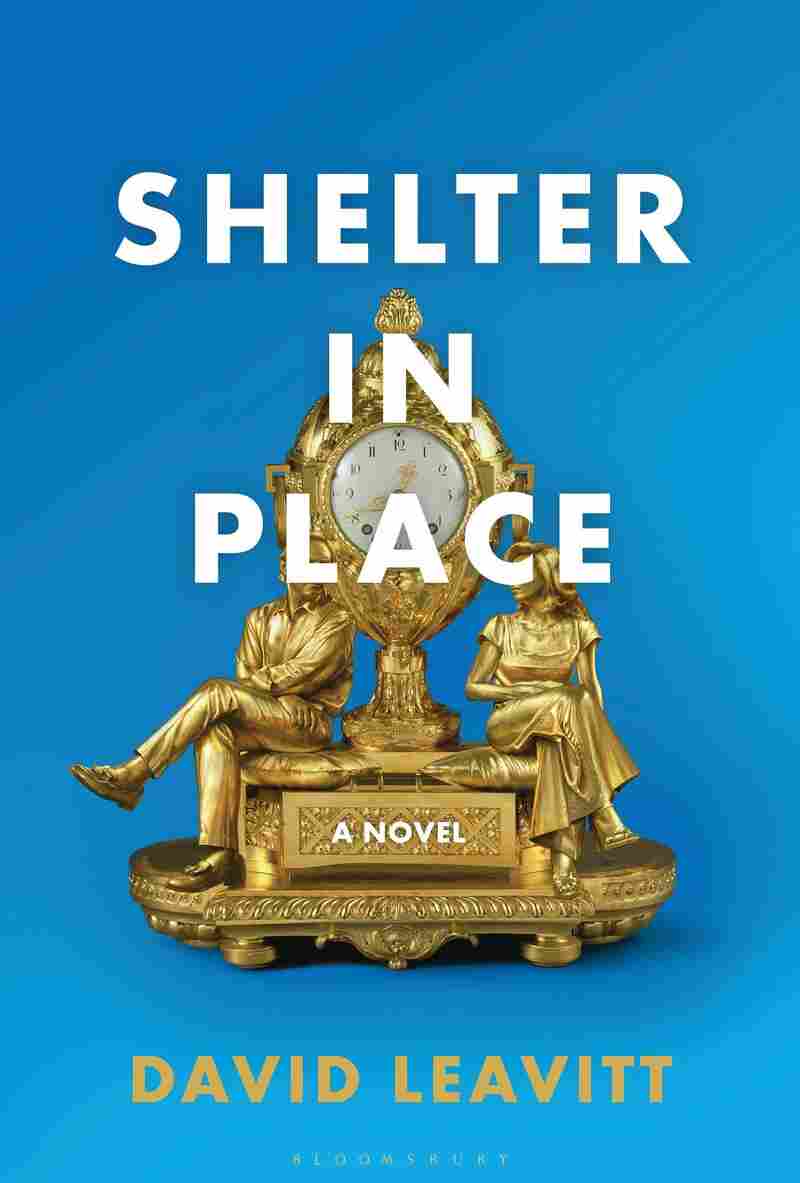 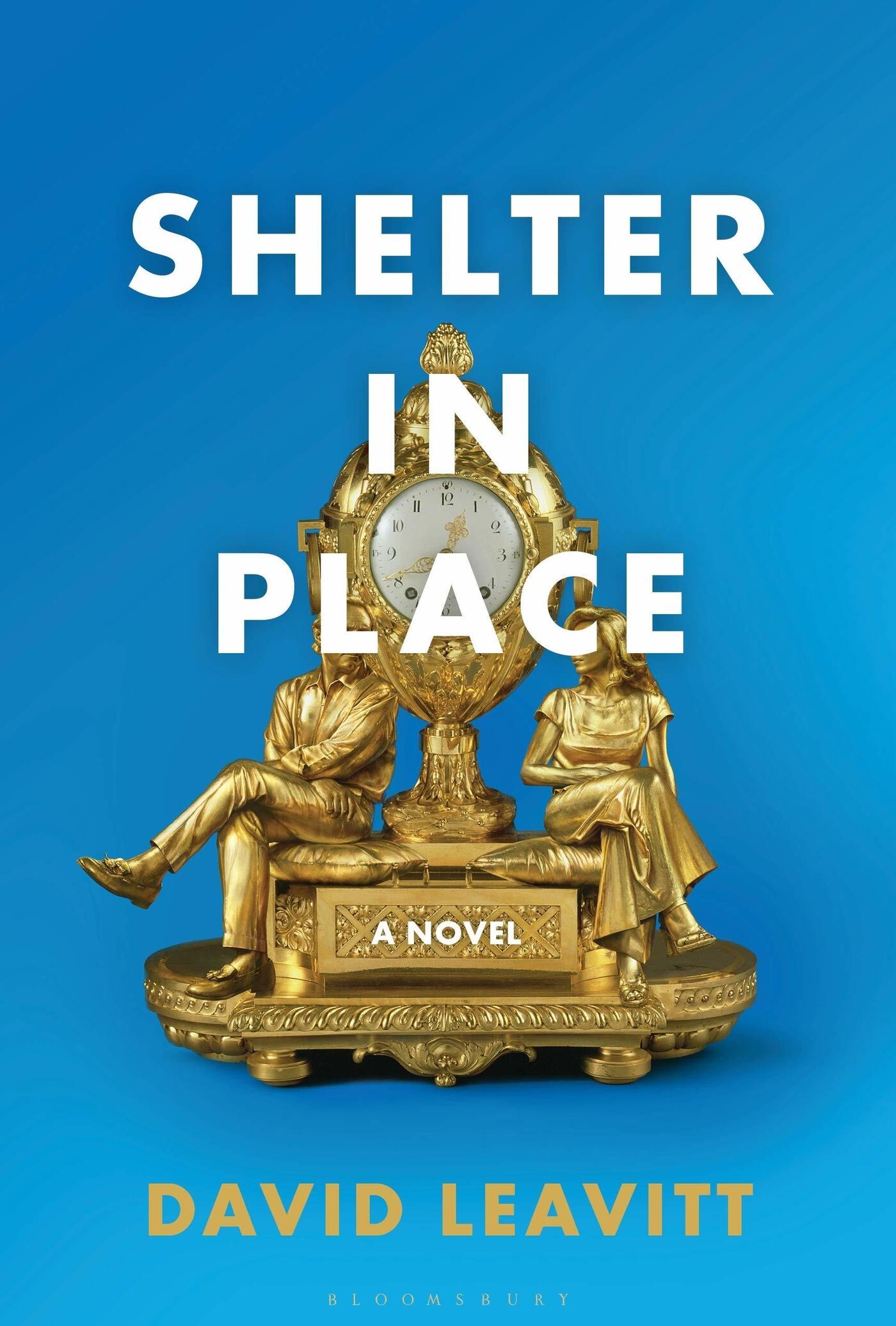 David Leavitt's new novel, a comedy of manners with the timely title Shelter in Place, comes festooned with blurbs, all of which mention how amazingly funny it is. I never lost my sense of taste with COVID, but I'm beginning to think I may have lost my sense of humor — or, perhaps, my patience with the sort of deliberately, mockably tendentious conversations Shelter in Place is filled with.

I'm a longtime fan of Leavitt's wide-ranging work, beginning with his 1985 debut story collection, Family Dancing, and including his controversial 1993 novel, While England Sleeps, for which he was slapped with a lawsuit for its too-close-for comfort similarities with Stephen Spender's life and memoir. I was moved by The Indian Clerk, his 2007 fictionalized portrait of two great mathematicians, and laughed plenty at his transgressive 1997 novella, "The Term Paper Artist," about a writer named David Leavitt who, in the aftermath of a publishing scandal, writes terms papers for UCLA students in exchange for sex.

Shelter in Place features a few gutsy moves too, starting with its opening provocation. Shortly after the 2016 presidential election, Eva Lindquist, the high-strung wife of a New York wealth advisor, gathers her circle of sycophants, I mean friends, for a house party at their weekend home in Litchfield County. They're New York liberals — book editors, a magazine journalist, a decorator, a choreographer. No full-fledged artists because, we're told, "creators scared Eva."

The scene, Leavitt writes, is "one of comfort and ease." But Eva disturbs the peace by throwing out a question to her guests: "Would you be willing to ask Siri how to assassinate Trump?" Her objective isn't murder, but to highlight, by her guests' nervous reluctance, the erosion of freedom of speech in America.

As the daughter of Polish Jews, Eva's reaction to the rise of rightwing politics is to flee the country — to Venice. She argues that prudence, not paranoia, drives her, and reminds her guests about the French Jews who thought they would be protected from the Nazis by virtue of their French citizenship.

Aside from this lone sobering note, Leavitt mainly taps into two classic tropes of social comedies: The weekend house party with its raft of regulars adrift from their lives, and rich Americans abroad. Allusions to Edith Wharton and Henry James abound.

Leavitt easily nails the trappings of entitlement. The 50-something hosts, whose other home is a Park Avenue apartment that's incisively described as "capacious without being grand," have three Bedlington terriers instead of children, all named after characters from Henry James. "Did anyone do anything?" Eva asks each time her husband Bruce walks them — one of the novel's many running gags. He dutifully reports who did "number one" and who did "number two." (Anything more graphic would offend Eva's sensibilities.

Bruce is nothing if not dutiful to his icy wife. Their arrangement, which has worked until now, has always been, "She does the wanting, I do the paying."

Tediously, they all dance around the exacting Eva — and talk about her endlessly even in her absence. It is hard for a character to be less appealing or interesting than Eva, unless it's her fawning friend Min Marable, a journalist who has spent decades jumping from one sinking magazine to another, which she name-drops incessantly. These two women are such easy targets, a fingerless chef could skewer them.

Certainly, we could all use something to laugh about now, but passing time with these characters felt like lockdown to me.

Min eagerly accompanies Eva to Venice, where they swoon over a fixer-upper in a palazzo on the Grand Canal that's being unloaded in a distress sale. "I long for an escape," Eva says. The toadying Min replies with what I assume is supposed to be a laugh line: "You deserve it. If anyone does, you do."

Leavitt plays these privileged, shallow characters for their unwitting part in the current reality. The male half of a couple of squabbling book editors gets the best lines and provides some relief. Recently jettisoned from his job for abusive behavior, he bitterly trashes various writers, including those who write socially engaged fiction or espouse liberal piety, and all the "f-ing Jonathans" — Lethem, Safran Foer, Franzen.

As for Eva's husband Bruce, he tries to be a good person. He clandestinely walks the dogs with the Trump-supporting neighbor Eva detests, and steps in to help his longtime secretary after she's diagnosed with cancer. The more he learns about her messy family and finances, the more he wants to clean everything up. Guiltily, he doesn't tell his wife, though he wonders, "You couldn't disapprove of compassion — or could you?"

The irony, of course, is that Eva, who loathes the president with a passion, is as self-indulgent and lacking in compassion for others as he is.

At its best, a comedy of manners should sparkle with wit and charm. Leavitt pulls off a surprisingly sweet ending and some clever ripostes — as when Min's boss, whose married and maiden names are both Singh, quips, "What else is love but a prison?" Certainly, we could all use something to laugh about now, but passing time with these characters felt like lockdown to me.