Accessibility links
Fareed Zakaria On 'Lessons For A Post-Pandemic World': 'This Is An Opportunity' The CNN host and author says COVID-19 has widened the inequality gap. "The most important piece of what the federal government can do is to stabilize these people's lives with direct aid," he says. 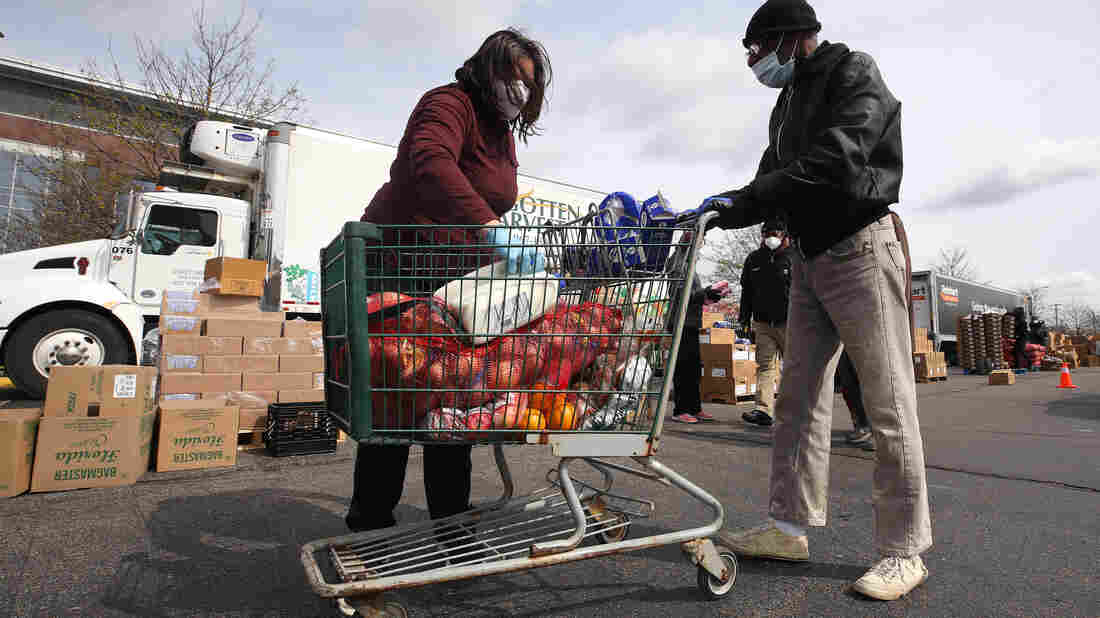 A volunteer loads food into a cart at a mobile pantry in Detroit in April 2020. The COVID-19 pandemic has led to an uptick in the demand at food banks. Gregory Shamus/Getty Images hide caption 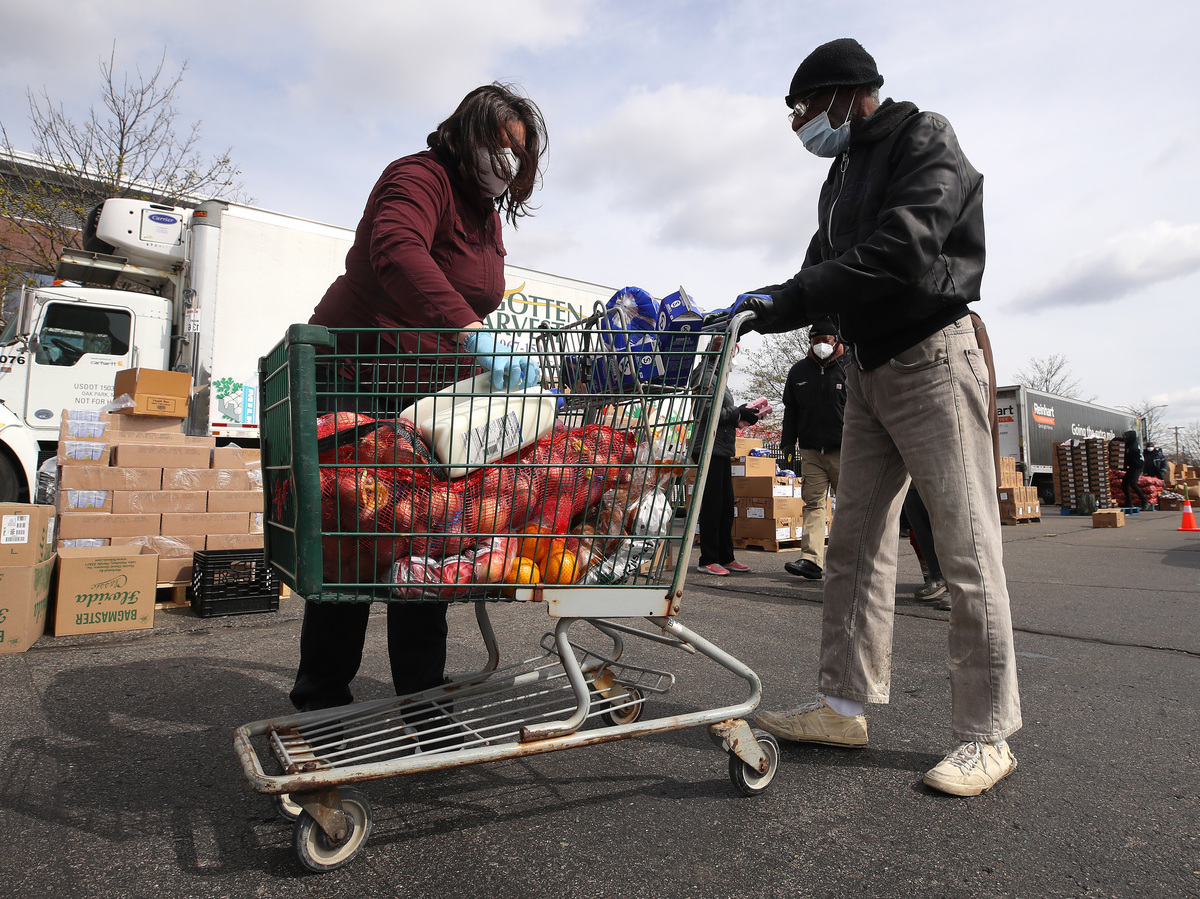 A volunteer loads food into a cart at a mobile pantry in Detroit in April 2020. The COVID-19 pandemic has led to an uptick in the demand at food banks.

COVID-19 has disrupted life around the globe. Borders have closed between nations, businesses have shuttered, and school and social routines have been profoundly altered. Yet amid all this, CNN host and Washington Post columnist Fareed Zakaria sees possibility.

"This is an opportunity, if we take it, to really go ahead and make some of the big changes that we all know we need," he says.

In his new book, Ten Lessons for a Post-Pandemic World, Zakaria looks ahead to the ways that COVID-19 might fundamentally change our relationships to work, technology and government. He says Americans in particular have some important decisions to make about the role of government in our lives.

"We have to do something about the inequality that has become so dramatic in these Western societies," he says. "We have to get our infrastructure in shape. We have to have a better health care system that allows poor people access to good, decent health care."

Zakaria is hopeful for the future: "We can't forget that human beings have choice. We are not doomed to go down the path that people think we have. And yet, nor is it guaranteed that we will make the right choices. It's all up to us."

Zakaria says that depending on the actions we take now, "We could well look back on these times 10 or 20 years from now and say, 'This was the turning point. We were finally able to make some of these changes.'" 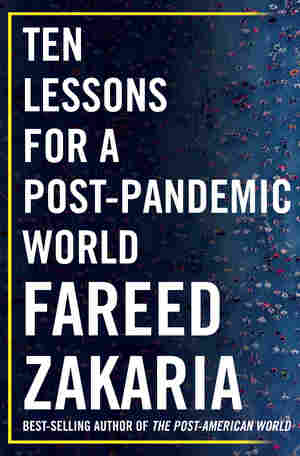 It turns out that there's a mixture of results on both sides, the democratic side and the authoritarian. So I don't want to suggest that authoritarian states are all good or bad at this. There is no question that China handled it very well overall. They mishandled it at the start, that mishandling had something to do with the secretive and repressive nature of the Chinese system. But then they pivoted and did a remarkably good job. ... But consider other dictatorships: Russia, Venezuela, Iran — they've all done terribly at it.

On the other hand, with democracies, you see countries like the United States and Great Britain that have not done very well, but some of the best performing countries in the world — Taiwan, South Korea, Germany — are all democracies. And in fact, what's interesting is when you look at the Taiwanese response and you look at the South Korean response, it isn't that they used draconian powers of government very well. They did not, actually, in either of those cases, do a shutdown ever. What they did instead was very good testing and tracing. The key to stopping the growth of Covid is that when you find somebody has it, you very quickly do contact tracing and isolate those people who have it so that you are, in a sense, separating out the small number of possible infectors from the large population. ... It turns out that the intelligent democracies, because they're open, they're transparent, may be the best performers of them.

On how lean, adaptable governments seem better able to respond to the pandemic

It's not the quantity of government, it's the quality.

The 20th century was consumed by this huge debate originating in, of course, the debate between capitalism and communism on the size of the government. How big should your government be? And it's an important debate and it has important dimensions. But I think it is obscured something very important that is getting highlighted in the 21st century, which is it's not the quantity of government, it's the quality. 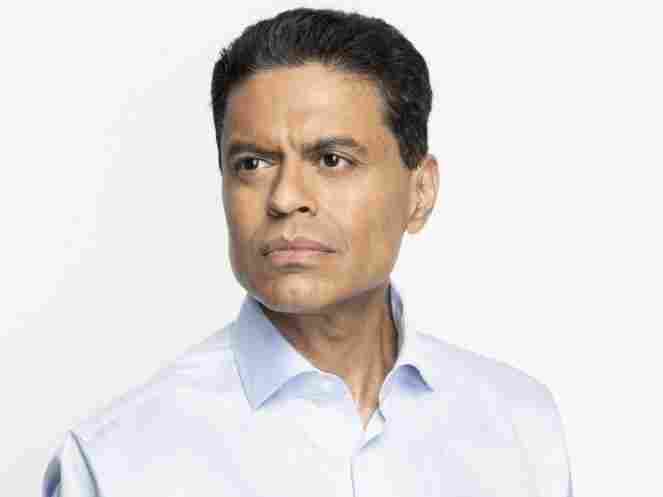 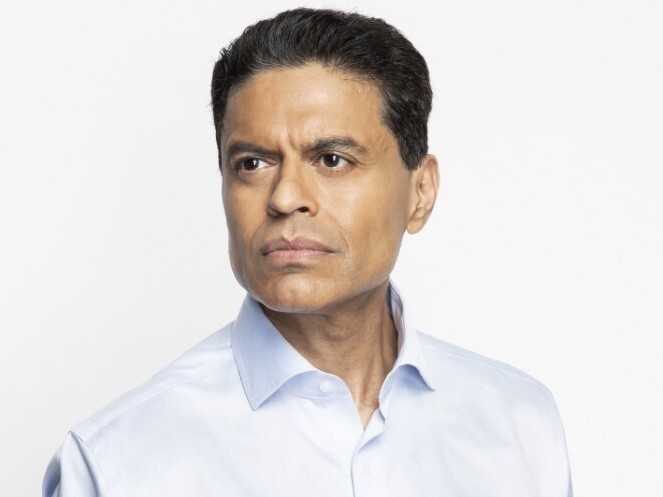 It's the fact that these governments in East Asia are very lean. They are very responsive. They spend a lot of time trying to adopt best practices and they have managed to do it at a much cheaper cost than governments in Europe, by and large. One of the things you realize in all of those places is that the governments are very attentive to learning. They learn from failure. They learn from their mistakes. For example, during SARS many of these governments in East Asia did not handle the SARS epidemic that well. And they immediately asked themselves, what can we do better? How do we do it differently? And that level of responsiveness is not something you tend to see in the American system in particular, where we have this idea that we are the best of everything. Why do we need to learn from anyone?

So it turns out that ability to be an intelligent, aggressive, supple, those things are much more important than how large the government is.

On how the erosion of trust in the U.S. government has hurt America's ability to respond to a crisis

The United States is born in an anti-statist revolution and has always had a suspicion of government. This is an anti-statist country. In its inception, even the British colonists in their own way had some of this DNA as part of their makeup. So it's always been a struggle. Franklin Roosevelt revolutionized the country by creating, for the first time, an activist federal government that saw itself as having the responsibility of the economic welfare of its people. What happened in more recent years ... is that ever since Ronald Reagan, you have had this deliberate attack on the federal government as corrupt, inefficient, dysfunctional, when it really wasn't. ... What happens with Reagan is you begin this assault on government. He said [in his 1981 inaugural address], "Government is not the solution to our problems. Government is the problem." ... All that has taken an enormous toll coupled with the defunding of government agencies. We don't recognize this because the number is obscured because Social Security, Medicare and the Defense Department have all gone up so much. But the other functions of government have either stayed the same as the population has doubled or they have actually been cut dramatically. ...

[Former adviser to Donald Trump] Steve Bannon ... said the goal of the Trump revolution is to deconstruct the administrative state. Well, if that's your goal, guess what? When you have a pandemic, it's not going to function very well.

On the pandemic's effect on global inequality

There's no question in my mind that the effect of COVID-19 and the pandemic is going to be to substantially increase inequality around the world, both within a country, but also among the countries of the world. So let's just take global inequality: India and China have been growing faster and as a result, 400 to 500 million people have been lifted out of poverty in the last 20, 25 years. That whole process is now being arrested and perhaps being reversed because the lockdowns, the paralysis, the great recession that are taking place everywhere in the world. This is affecting the person who is at the bottom of the pole much, much more than it is the people at the top. The people at the top have education. They can do their work digitally. They have access to urban centers. They're doing fine. It is the people at the bottom who are suffering the most. And so you are going to see massive rises in poverty in places like India, probably a little bit less so in China, because they have managed to get their economy back. Many of these countries, by the way, cannot do what the United States can do, which is to print money and to print money in its own currency and issue debt, so they will be doubly disadvantaged.

But then let's take a look at the United States. ... If you look at the last four recessions and you look at the top 25 percent of earners and the bottom 25 percent, and you say during the recession, what percentage lost jobs, it turns out that for the last three recessions, the top 25 percent and the bottom 25 percent lose jobs at about the same rate. In this recession, the top 25 percent have actually stayed stable. They haven't lost many jobs. The bottom 25 percent, it's just a cratering. ... It's all the bankers, the lawyers, the people in media, we're all fine or mostly fine. But think about the restaurant workers, think about the waiters, think about the people who work in hotels, on cruise ships, in theme parks. All those people who were low-wage in any case, have seen their livelihoods destroyed. And this massive acceleration and exacerbation of inequality is, to me, the most deeply worrying thing about what this pandemic has done.

I think that the most important piece of what the federal government can do is to stabilize these people's lives with direct aid, with the massive infrastructure spending, so that people who are in these categories, people without college educations, can can find their way forward.

Look, at the end of the day, you can only do it for some transition period. But I think we should be erring on the side of helping rather than not. I understand there are concerns about the deficit and I understand their concerns about inflation and all that. But if we don't do this for the next year or two, you won't have a society. You won't have an economy that is going to function in any kind of meaningful sense. Worrying about inflation is a luxury, if you have 30 to 40 percent of the country that literally can't make ends meet.

Sam Briger and Kayla Lattimore produced and edited the audio of this interview. Bridget Bentz, Molly Seavy-Nesper and Meghan Sullivan adapted it for the Web.